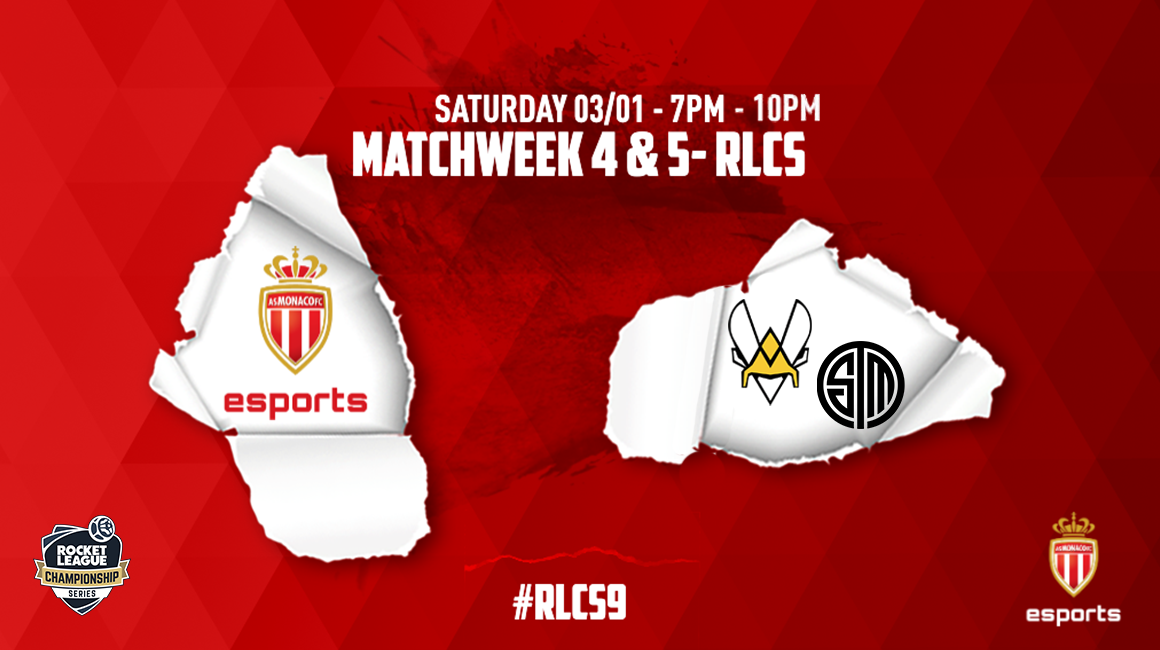 In a doubleheader for the players for RLCS, AS Monaco Esports must take points against Renault Vitality and Team SoloMid.

After being promoted to the first division last year, AS Monaco are now rubbing shoulders with the biggest teams in Europe in RLCS and are gradually continuing to learn. As was said a few days ago, Red and White players will need a lot of support to move up the table!

This weekend not one but two meetings will take place! This special format will ask players to perform well throughout the games and not to let themselves be distracted. AS Monaco Esports will face Renault Vitality first, then Team SoloMid.

Team SoloMid (9th) are just ahead of AS Monaco Esports in the standings and a win here could well allow the team to gain places, but it will first face its undeniable rival, the French side, Renault Vitality (2nd). If the Bees are in a very good position in the league, the players from the Rock could well create a surprise during this match that’s a 100% tricolor affair!

Do you want to participate in the meeting in your own way? Predict the derby result against Renault Vitality now : https://asmonaco.qualifioapp.com/quiz/740845_868/Pronostics-AS-Monaco-Vitality.html