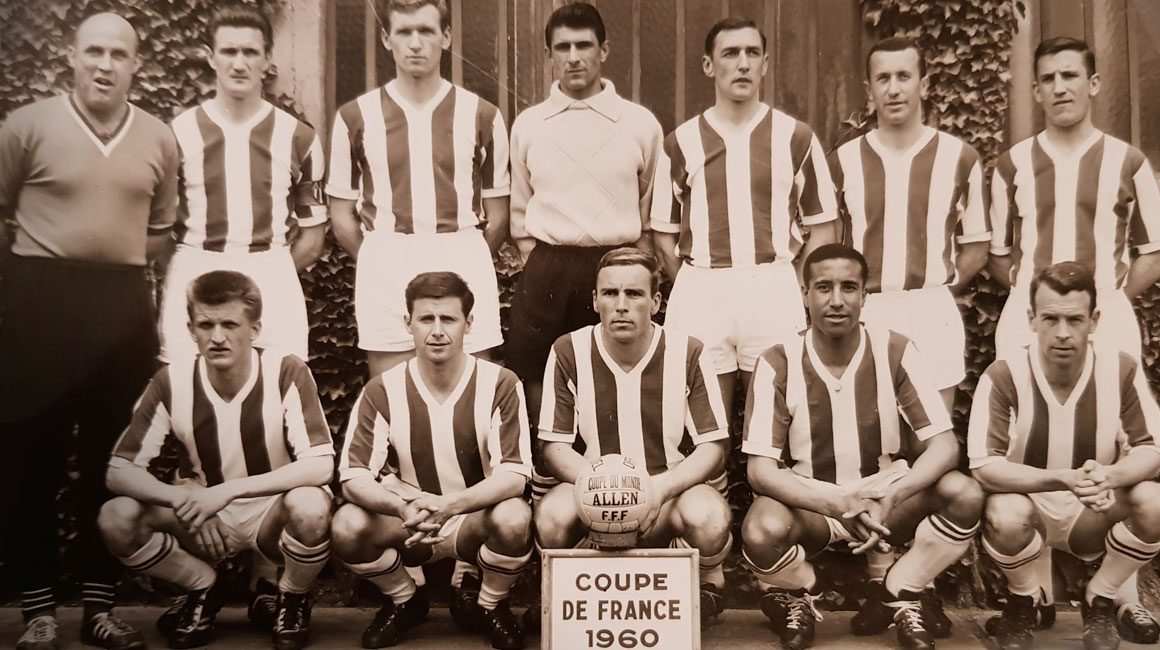 On the occasion of the 60th anniversary of the first trophy won by AS Monaco, we take you through the epic run, turn by turn until May 15, the day of the final which was won against Sain-Etienne. It all started in Lyon on January 24, 1960 ...

For the Round of 64 match scheduled at the Stade de Gerland, Lucien Leduc and his players faced a team well known to the Monegasque manager: FC Anneçy. The FCA at the time played a leading role in the amateur championship and has won the national amateur title that year. Lucien Leduc had started his coaching career there, just after hanging up his cleats, before leaving Annecy and Haute- Savoie to join AS Monaco in 1958.

Lucien Leduc was a satisfied coach at the end of the game. His team has just won by a score of 3-1 thanks to goals by Biancheri, Casolari and Roy (60th, 73rd and 85th min). However, not everything was so simple during this entry into the competition In front of just under 4,000 spectators, Annecy took the lead against Raymond Sottimano – the reserve goalkeeper who was playing one of his six official matches with AS Monaco – a lead they would keep until the end of the first half. Everything seemed to indicate that the FCA trap could close on AS Monaco and its players.

After the interval, however, one of the major players on this side Henri Biancheri, allows his team to equalize. The Red and White midfielder would score several times in the competition, especially during the “remontada” against Forbach (3-2) in the round of 16 at Parc Lescure in Bordeaux. Likewise his attacking sidekick, Serge Roy, who scored the third goal to consolidate a great Monaco victory. The forward would finish as the top scorer in the competition with 5 goals. A few minutes earlier, Georges Casolari was at the end of one of the many Monegasque attacks in the match to give the lead to his team. AS Monaco, playing attractive and offensive football, qualified for the next round of the competition against Olympique Lyonnais.

A success far from home

Stade Gerland, Stade Vélodrome, Parc Lescure, Parc des Princes and Stade Yves-du-Manoir in Colombes would host AS Monaco throughout this competition, but never the Stade Louis-II. The Coupe de France matches were then played on neutral ground, with a match to be replayed in the event of a tie. This was the rule until 1968 and the introduction of double-legged matches, a formula which in turn was abandoned in 1989 to lighten the schedule, for a single-match format still followed today.