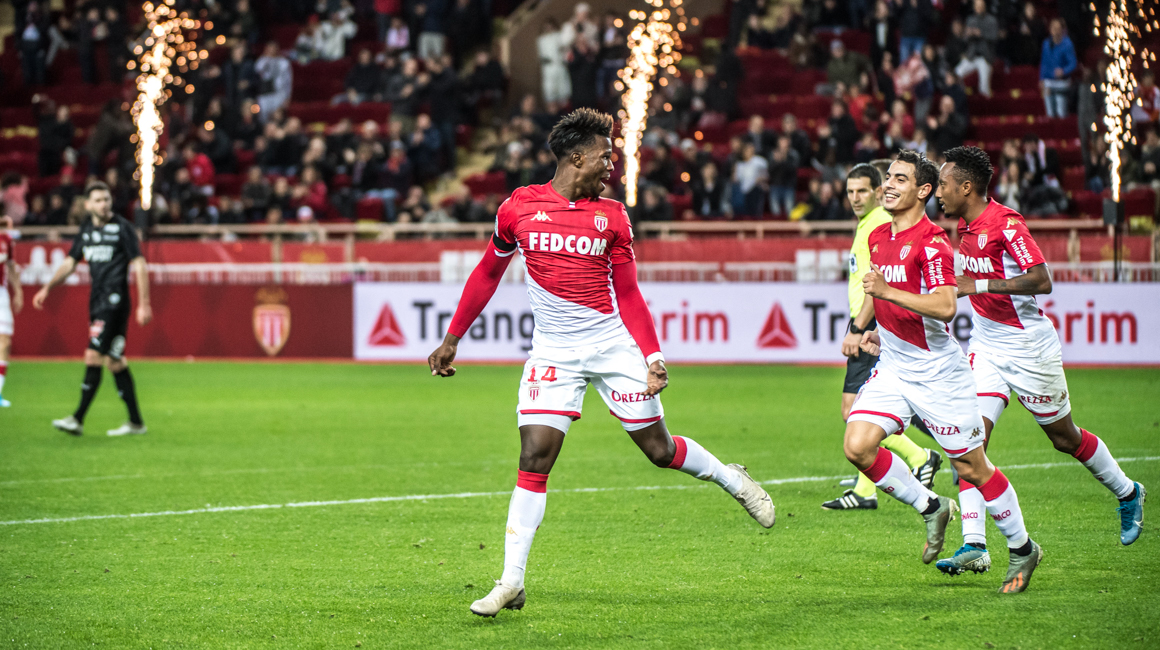 Since a first win in the derby on Matchday 7, the Rouge et Blancs have won seven of ten matches in Ligue 1 Conforama. Only PSG and OM have scored more points than AS Monaco during this period.

The difference is not huge. From the 7th to the 17th matchday, Kamil Glik and his partners have scored 21 points; only PSG with 24 points and OM with 23 points and one more match played have accrued more points. Third in the standings during this period, our team are followed by Saint-Etienne (20 points), Lille (18 points), Bordeaux and Lyon (17 points), all of these sides having, like OM, played a match more. If AS Monaco still are paying for a difficult start in the standings, this trend clearly shows that Leonardo Jardim and his men are on the right track since a foundational  success against OGC Nice during the 7th matchday.

Focus on Angers and Lille

In addition to the results, the team’s offensive and defensive performances support this trend. AS Monaco has the second-best attack (19 goals scored) and the fifth-best defense (11 goals conceded) in the championship over this period. The podium is also only four points away and our players expect to reduce this gap before the winter break. They will have two games in which to do so, at Angers next Saturday and Saturday, December 21 against LOSC at the Stade Louis-II. These are two games which are certainly complicated, but represent two great opportunities to demonstrate that this trying year of 2019 can also be that of a Monegasque rebound.