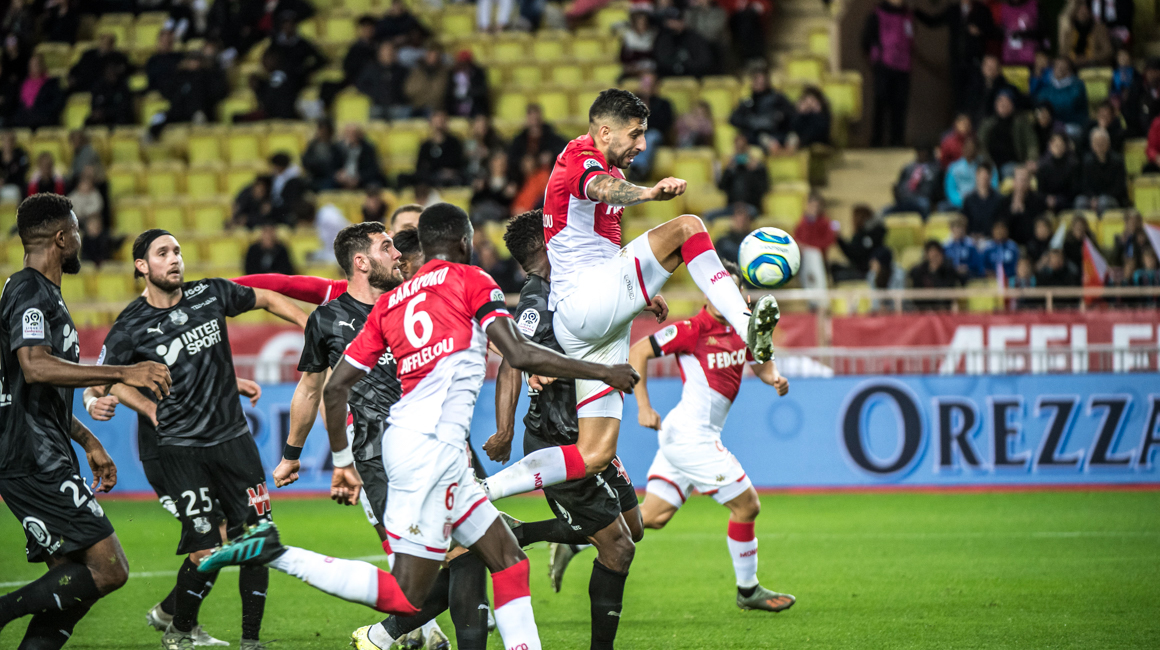 The Chilean defender played against Amiens in his tenth match in the colors of Monaco, and he took the opportunity to score his first goal.

If a header from his 1m93 frame is expected, the Chilean international defender being feared in the area during free kicks, it is not his head that Guillermo Maripán used to allow AS Monaco to take off against Amiens, but a clever bit of skill with his feet. It was a perfectly executed gesture for him who can boast of a ratio of goals/shots on target almost identical to that of Wissam Ben Yedder, even if the amount of goals scored is less.

The red and whites’ No. 3 has shot five times this season, for two shots on target and a goal, 1 goal every 2 shots on target … If this stat is only a small part of a defender’s game, we can note that Guillermo Maripán also distinguished himself by being the player who had the most touches in this game (109), ahead of Gil Dias (103) and Tiemoué Bakayoko (95). Better still, he also had the highest pass completion rate (94%). On the defensive side, his two decisive tackles added to his good performance.