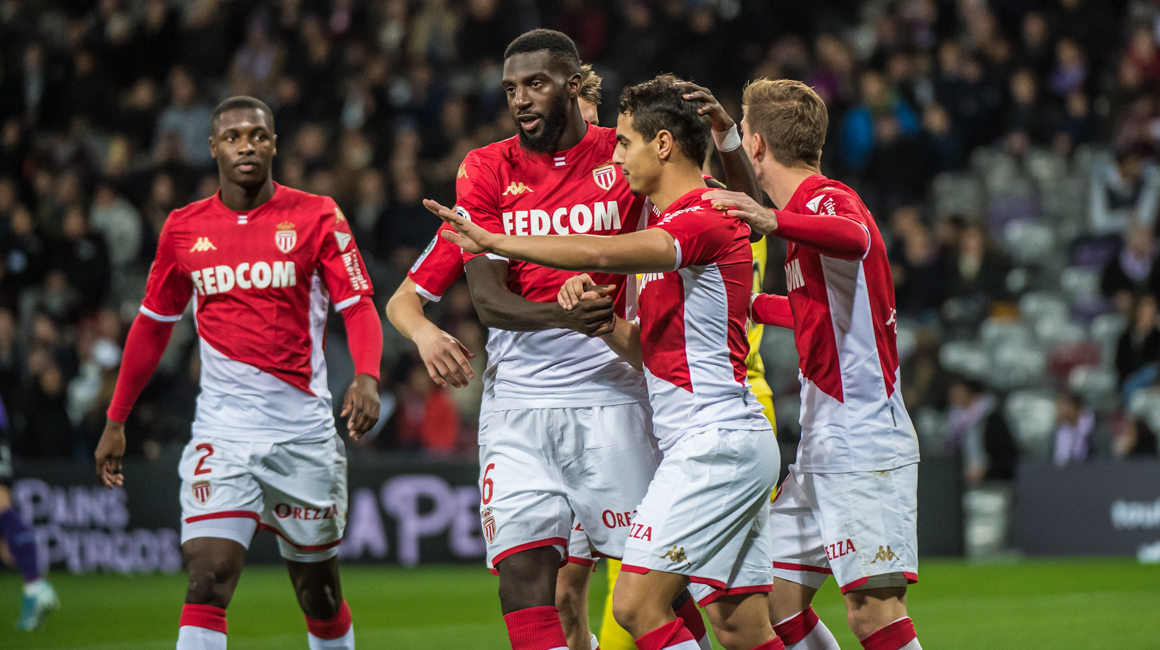 A goal by Gelson Martins at the end of the game allowed AS Monaco to make the difference in Toulouse (1-2). Wissam Ben Yedder opened the scoring on a penalty early in the match, before Sanogo equalized, also from the spot. In the second half, the Monegasque will to win paid off.

Making his return at the Stadium against the club where had trained, Wissam Ben Yedder was quick to highlight his ability. In the third minute, his partner in attack, Jean-Kévin Augustin, earned a penalty after being brought down in the Toulouse area. “WBY” stood in front of Reynet and slotted it past the Toulouse ‘keeper with a shot across goal with his left foot. Everything started out for the best in this meeting for a Monegasque side that was controlling the match. As the quarter hour of play approached, TFC woke up and began to play more in the red-and-whites’ penalty area, although still without worrying a vigilant Benjamin Lecomte.

The danger came to a head in the 26th minute when Dossevi picked out Sangare in front of the red-and-whites’ goal. The latter tried a header and saw the ball spin just over the crossbar! The Toulousains regained confidence and tried some efforts on set pieces, but they couldn’t find the breakthrough against a flawless Lecomte. It was finally on a penalty that they would revive their hopes of recording a result. Ballo-Toure’s tiny mistake on Gradel allowed Sanogo to equalize just before the break (40 ‘). If Ballo-Touré was close to giving the advantage to his team in added time, the bar decided otherwise by preventing his opportunistic shot in the Toulouse area. 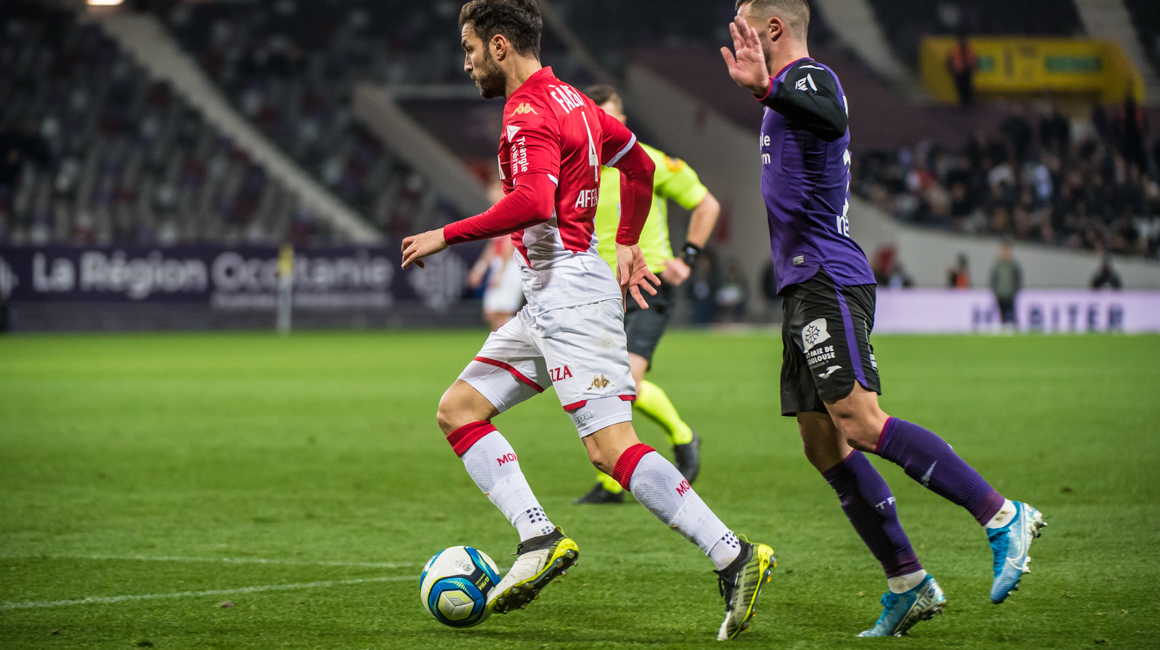 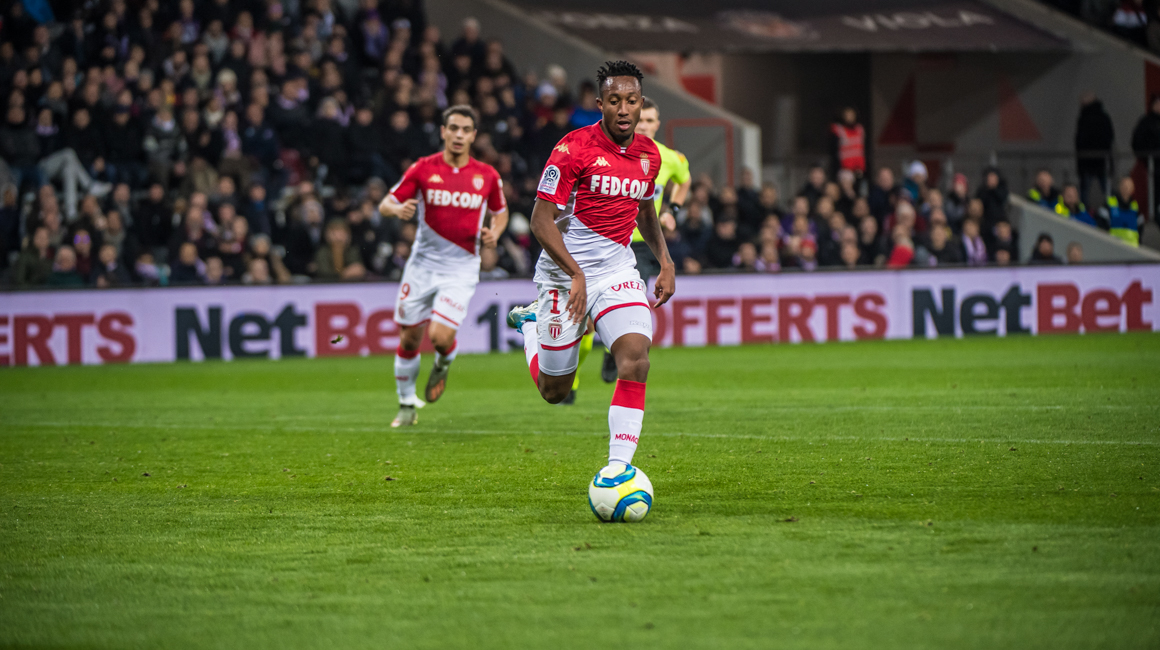 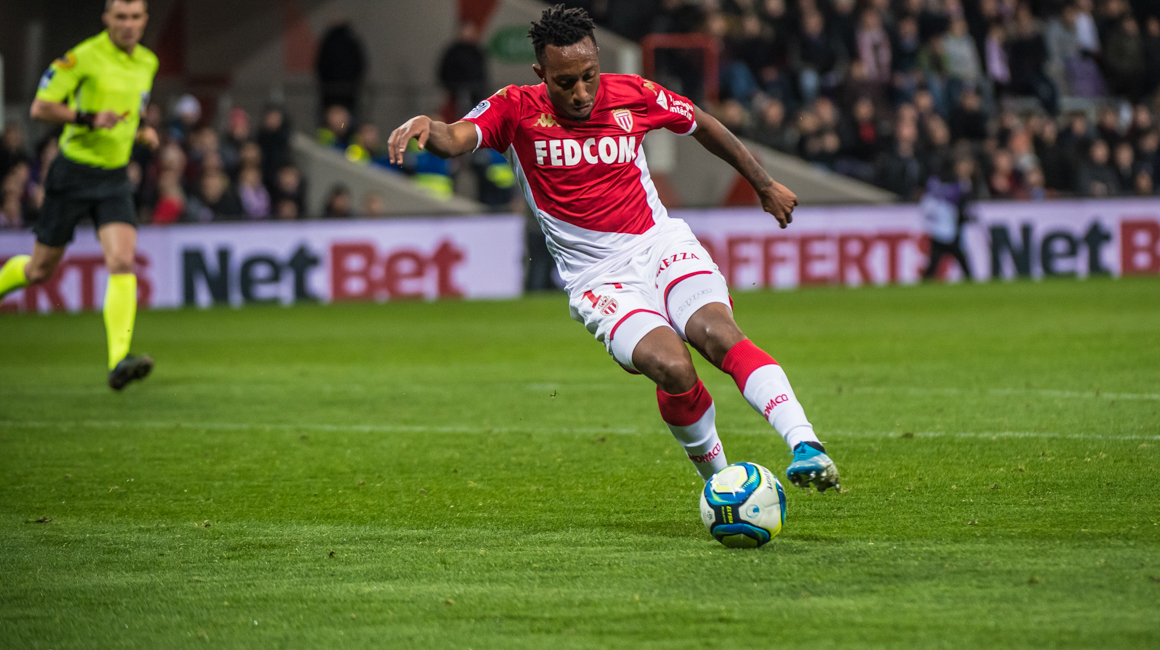 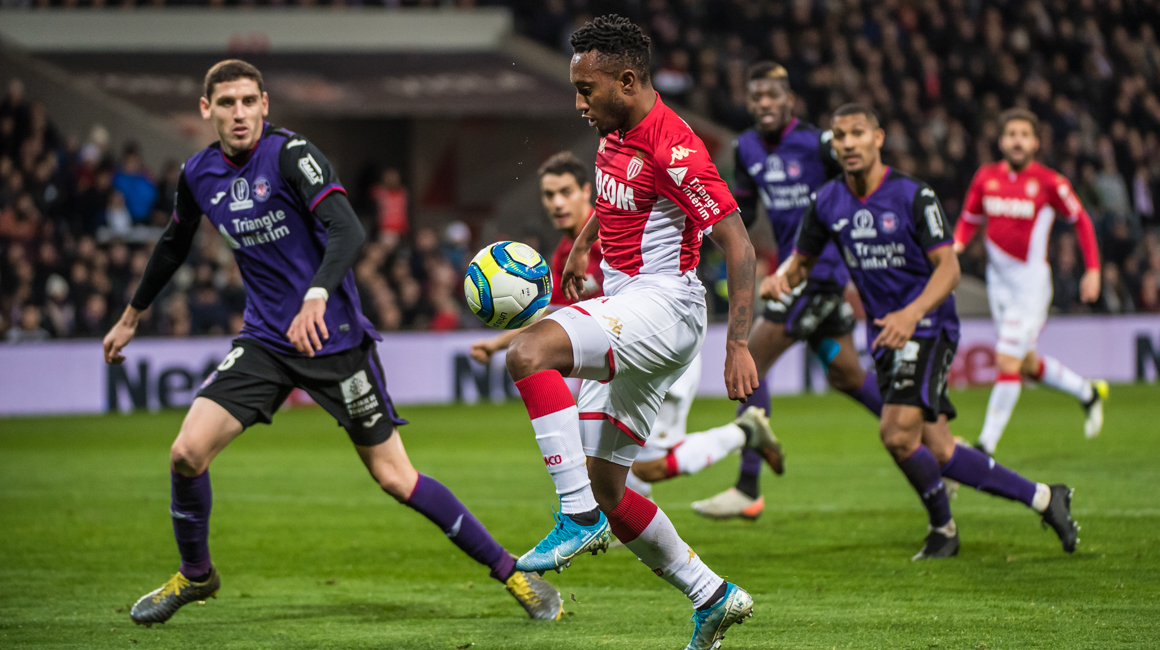 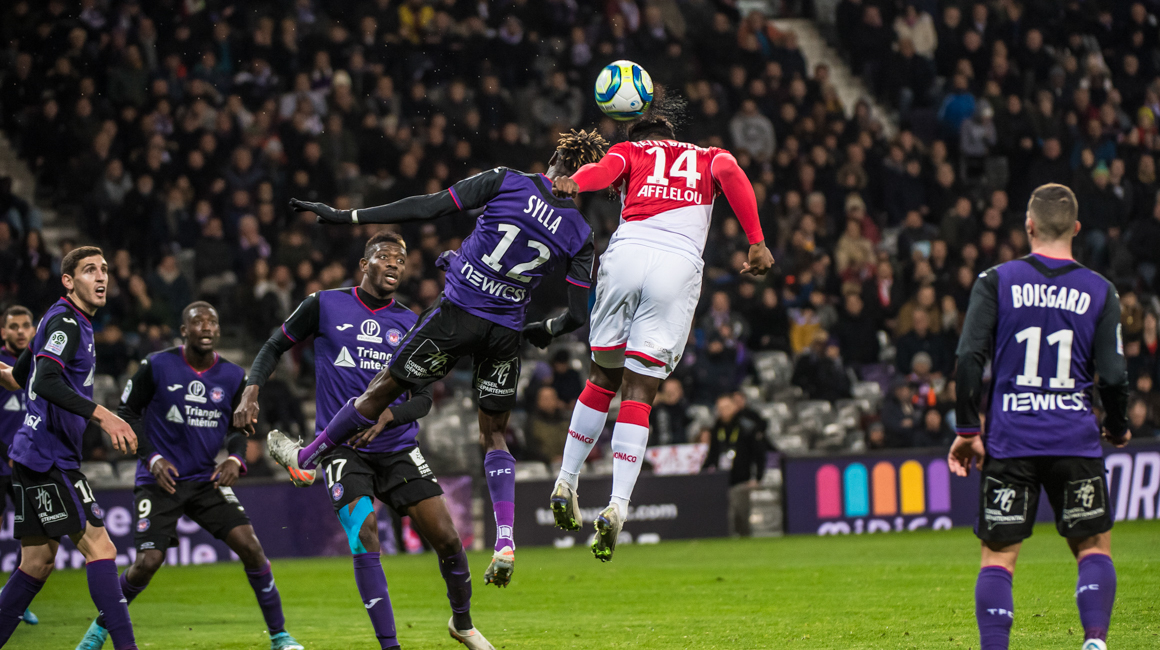 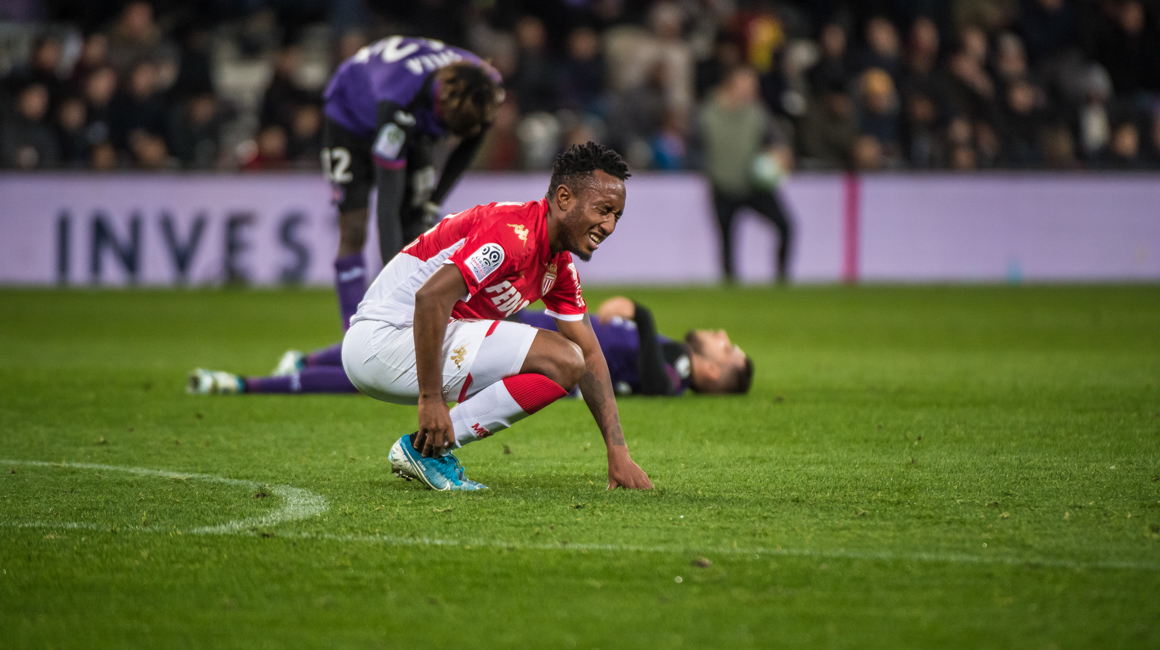 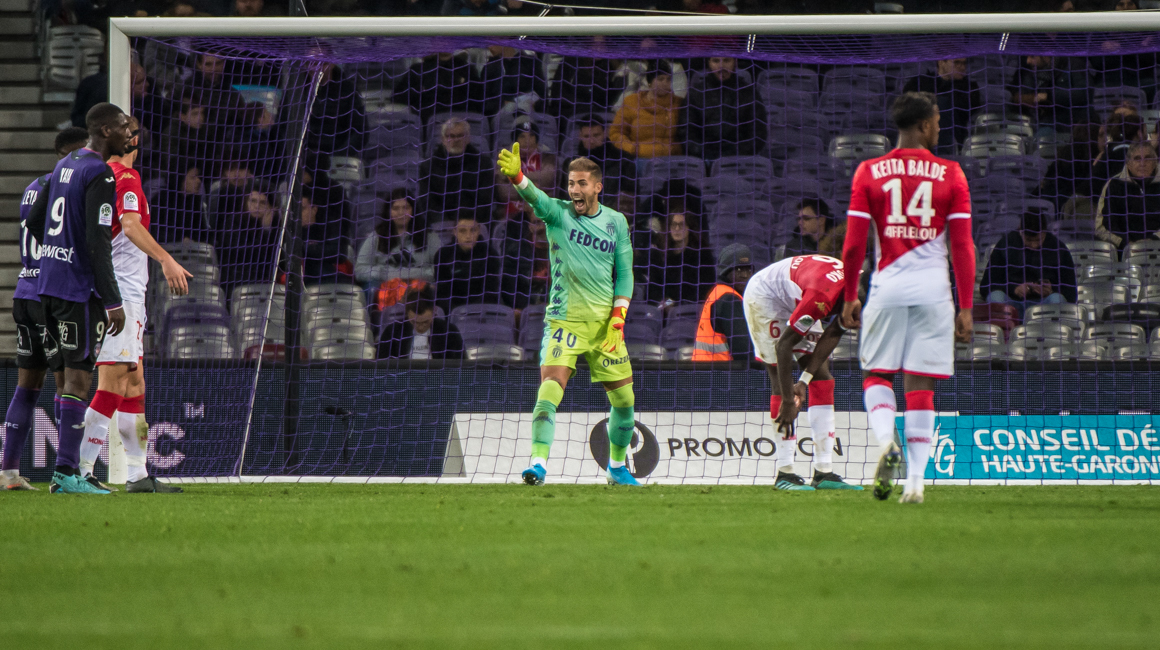 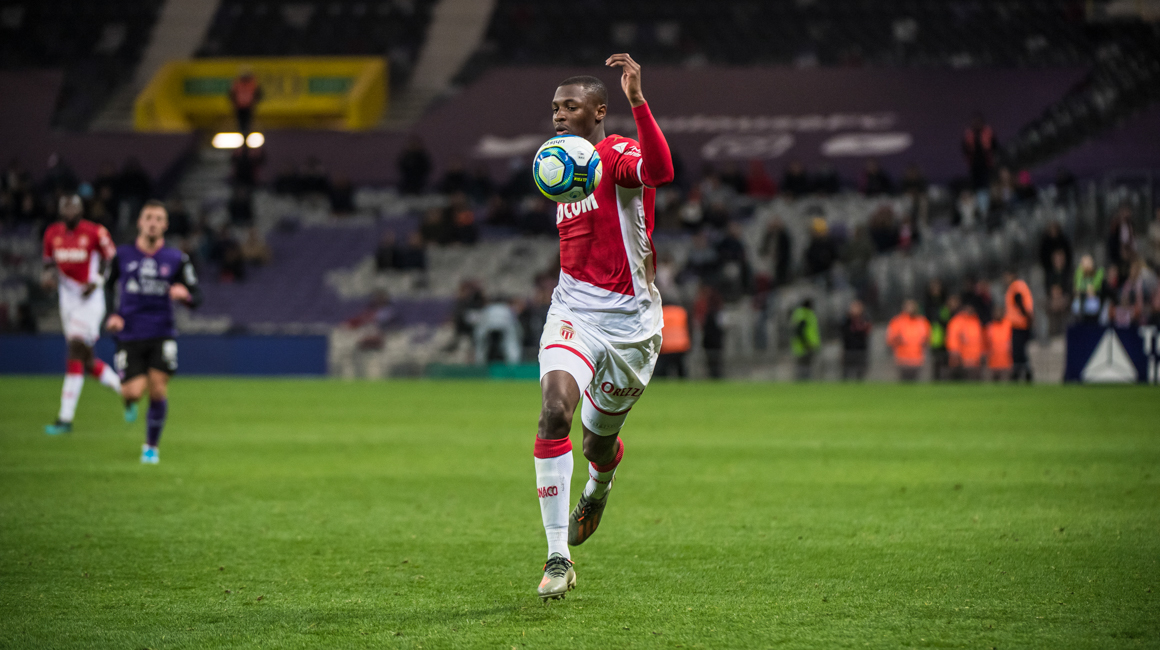 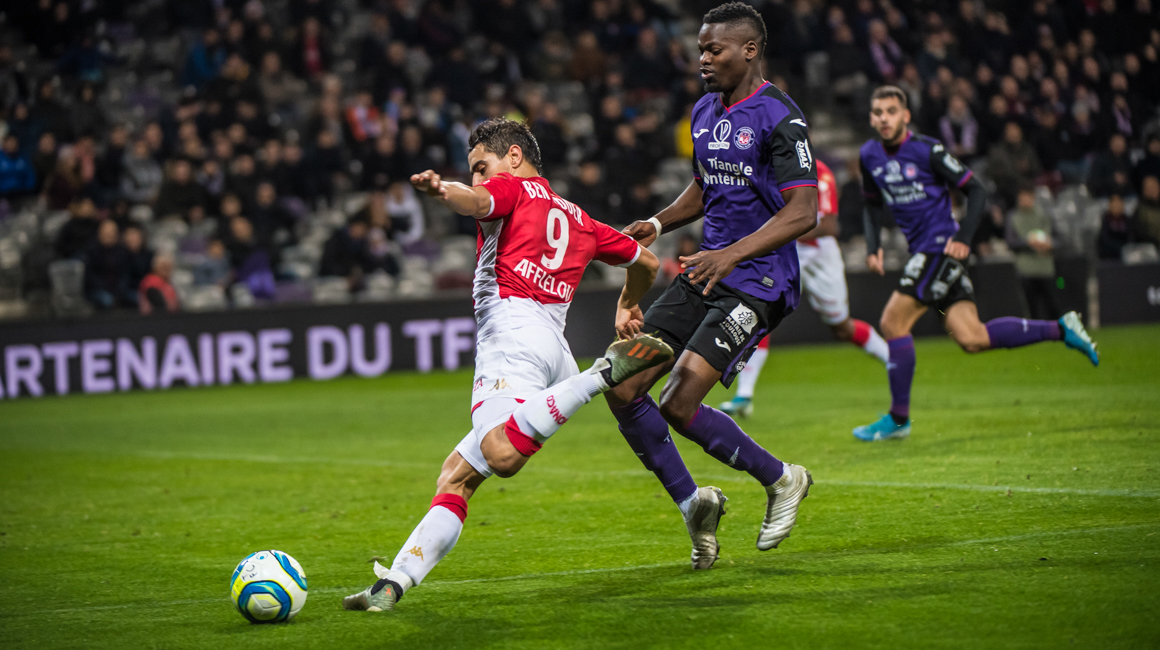 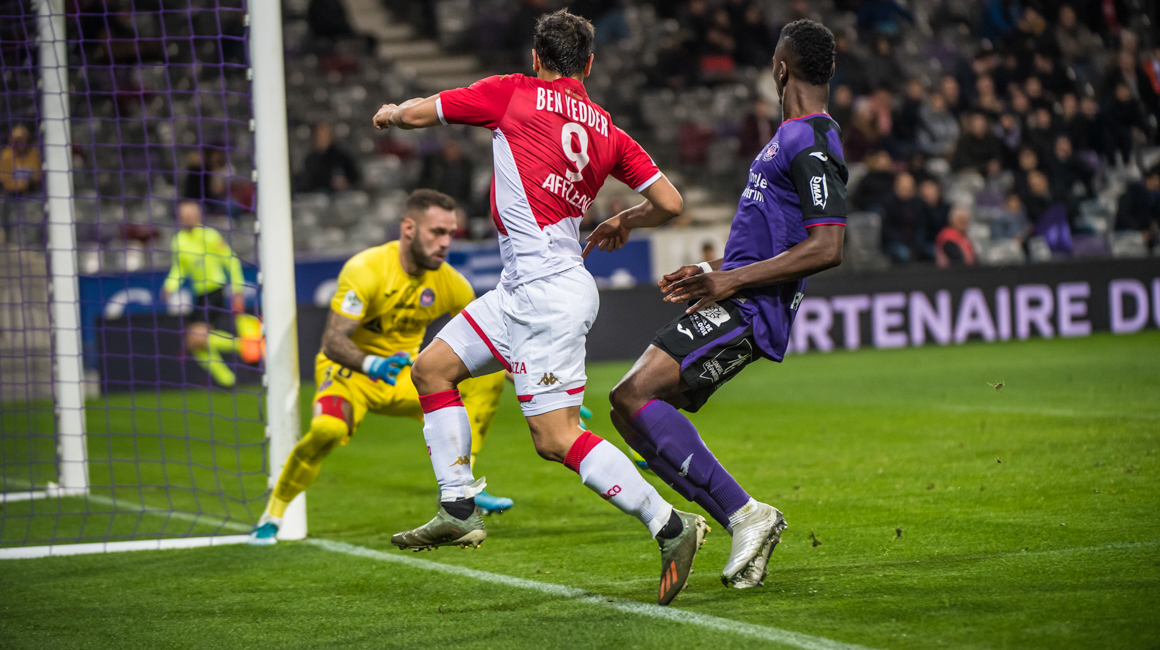 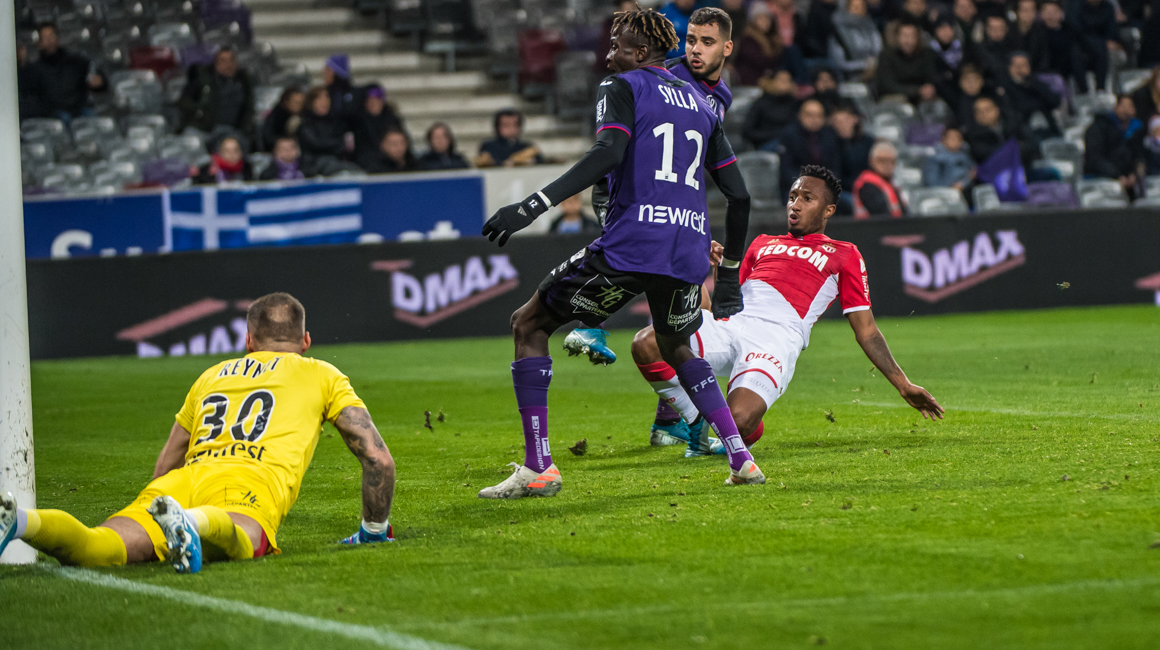 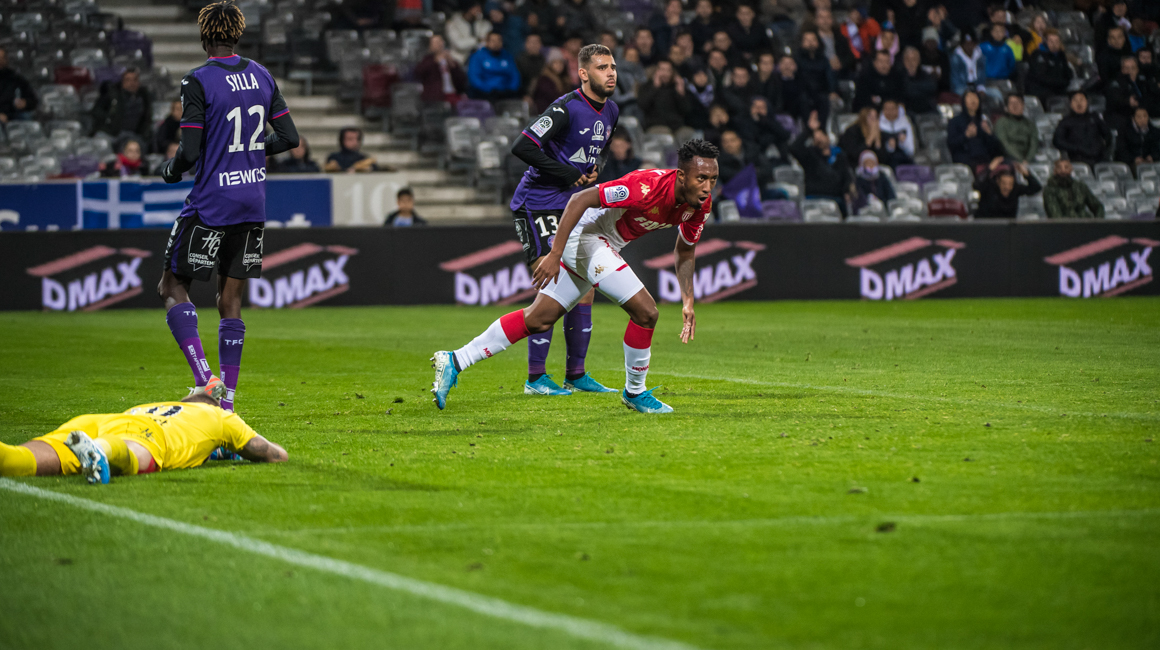 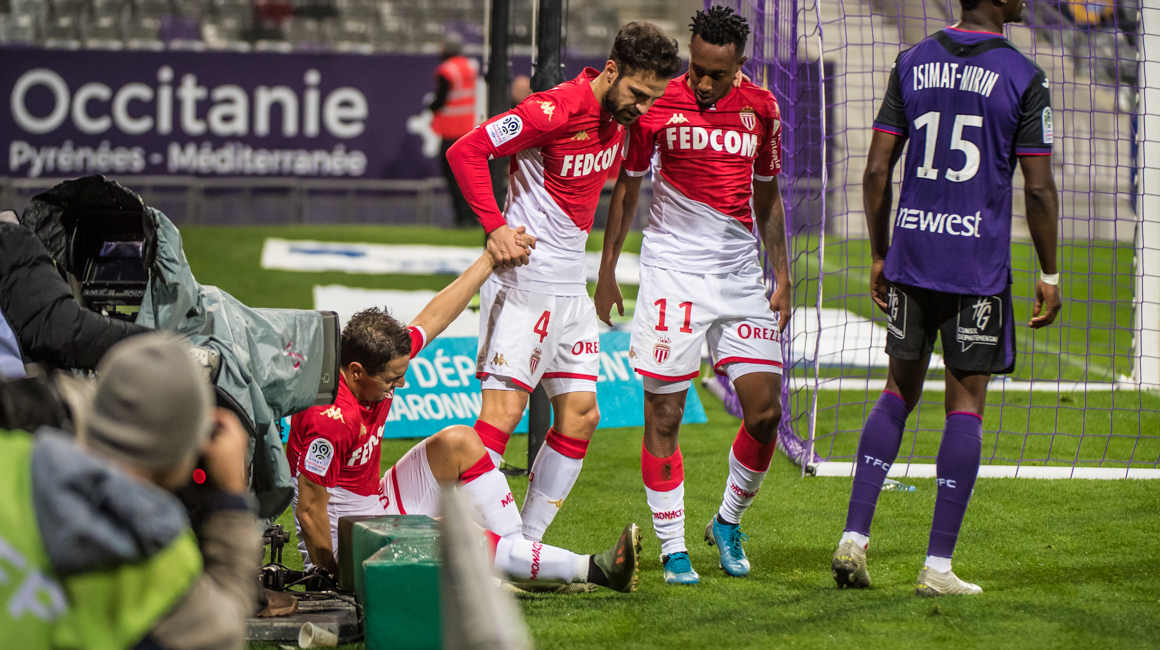 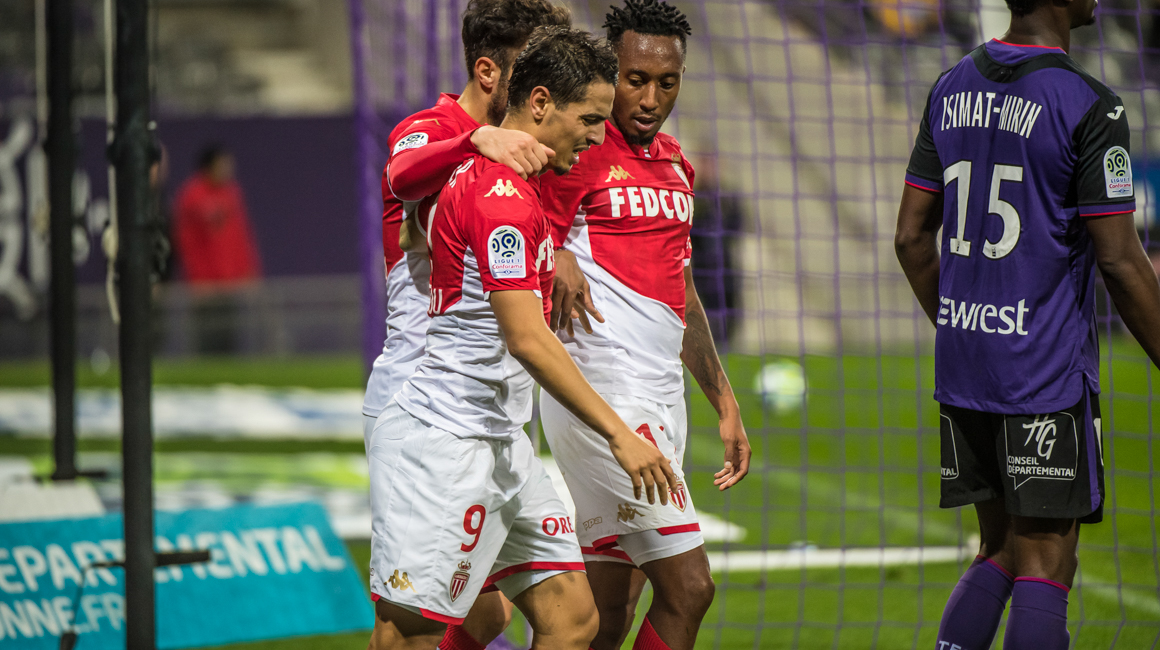 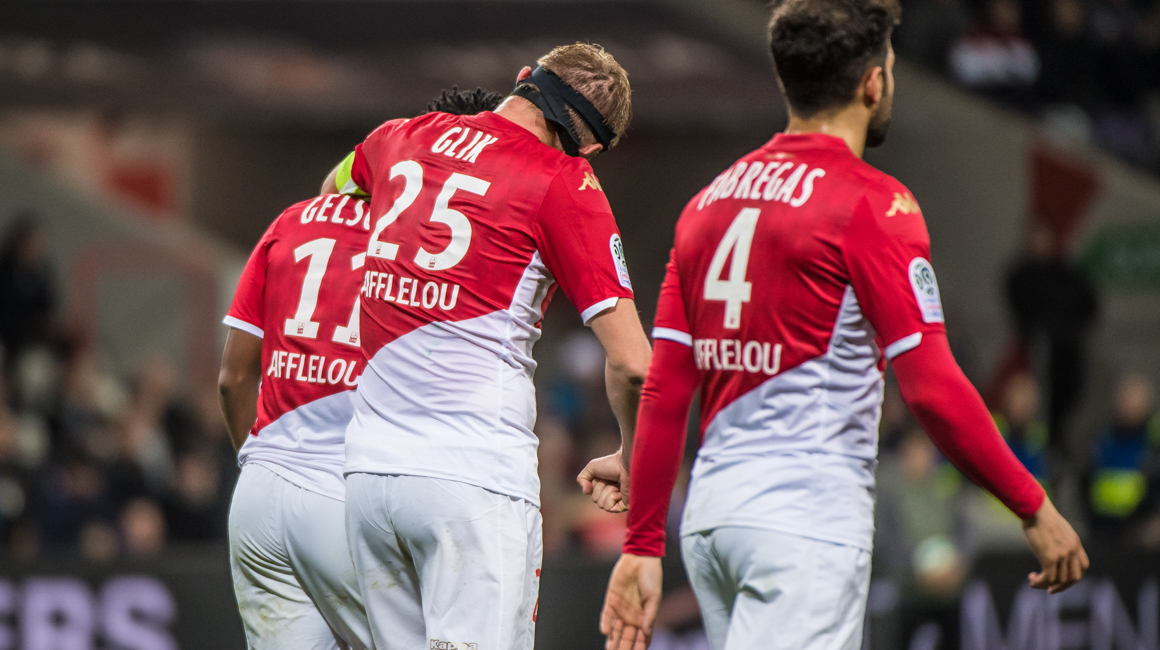 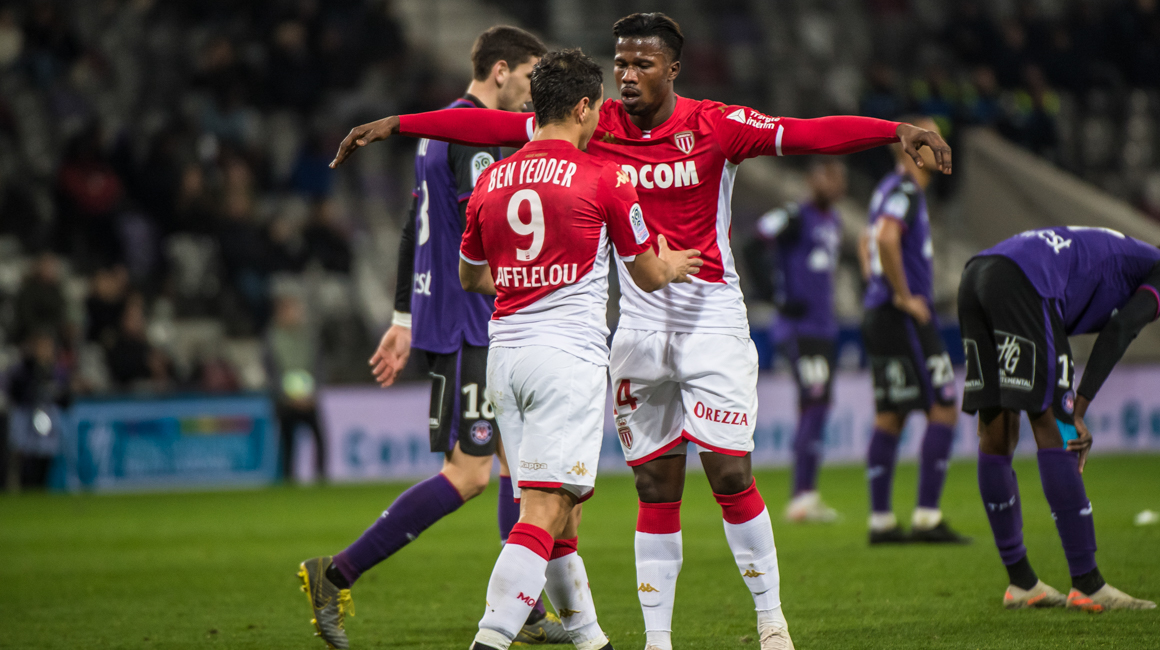 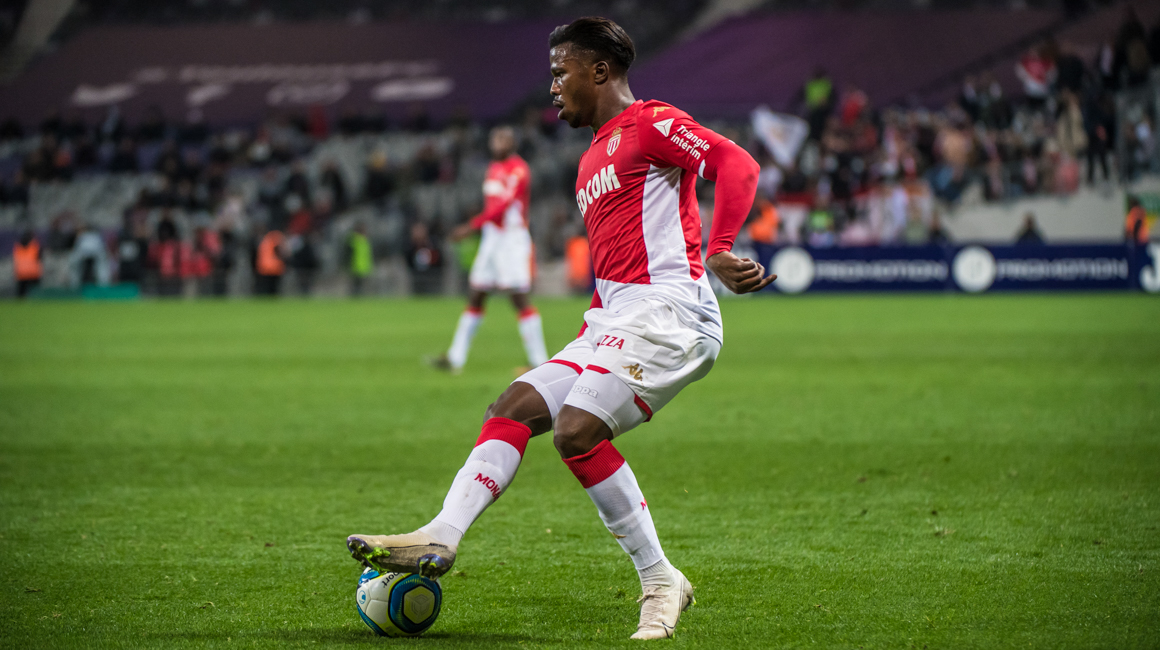 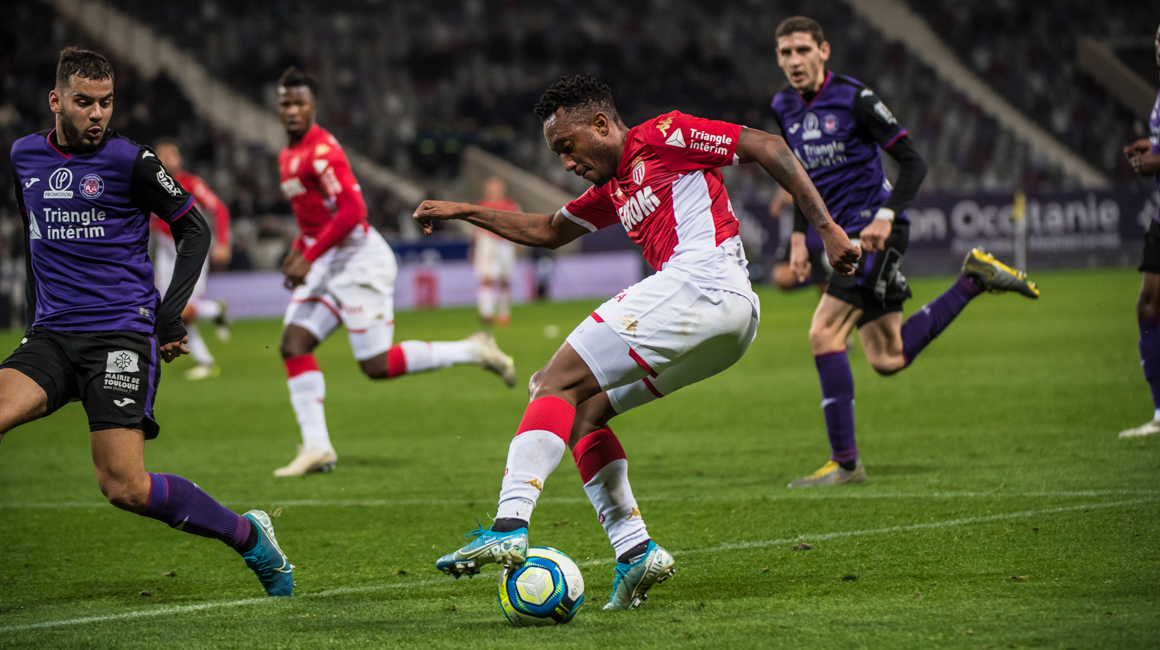 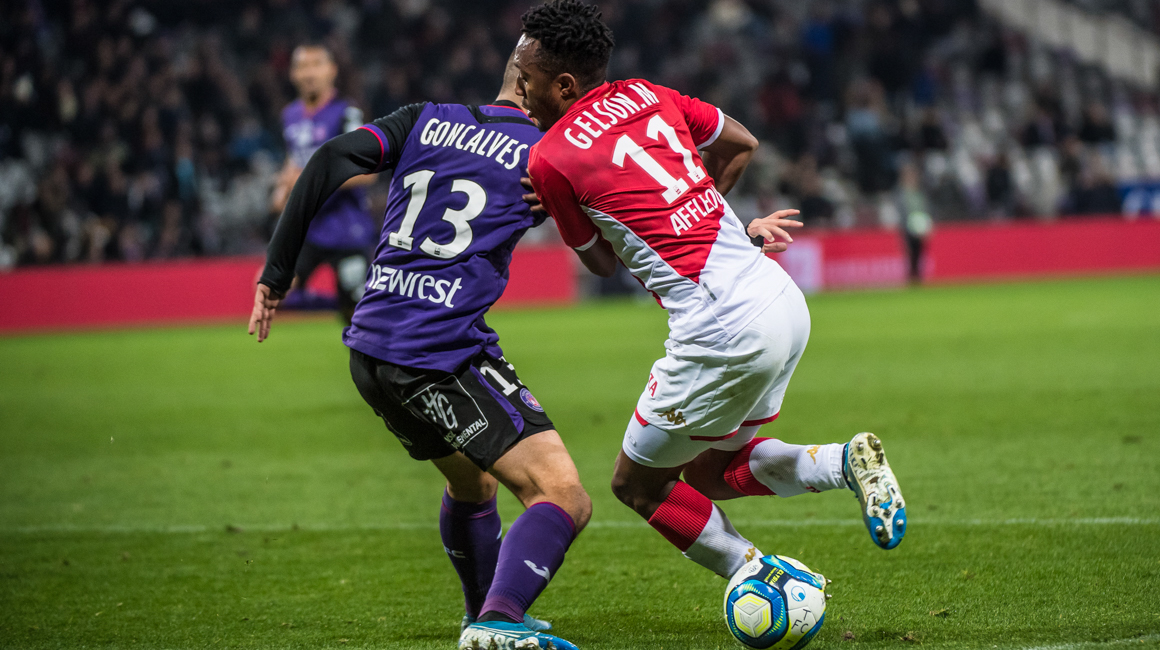 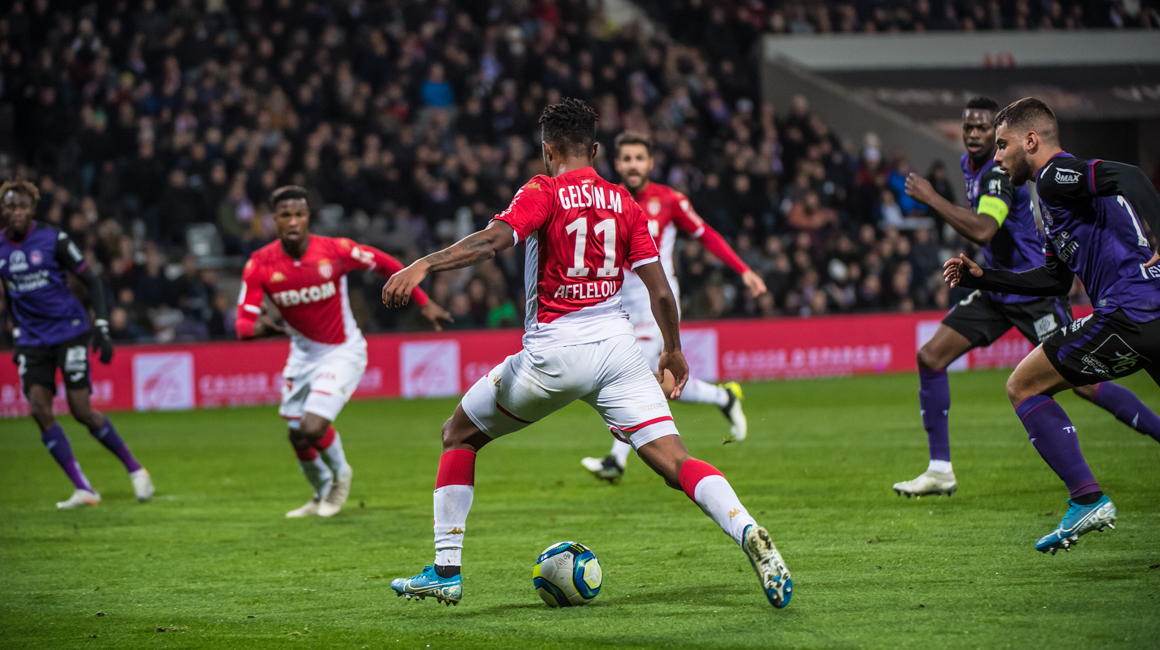 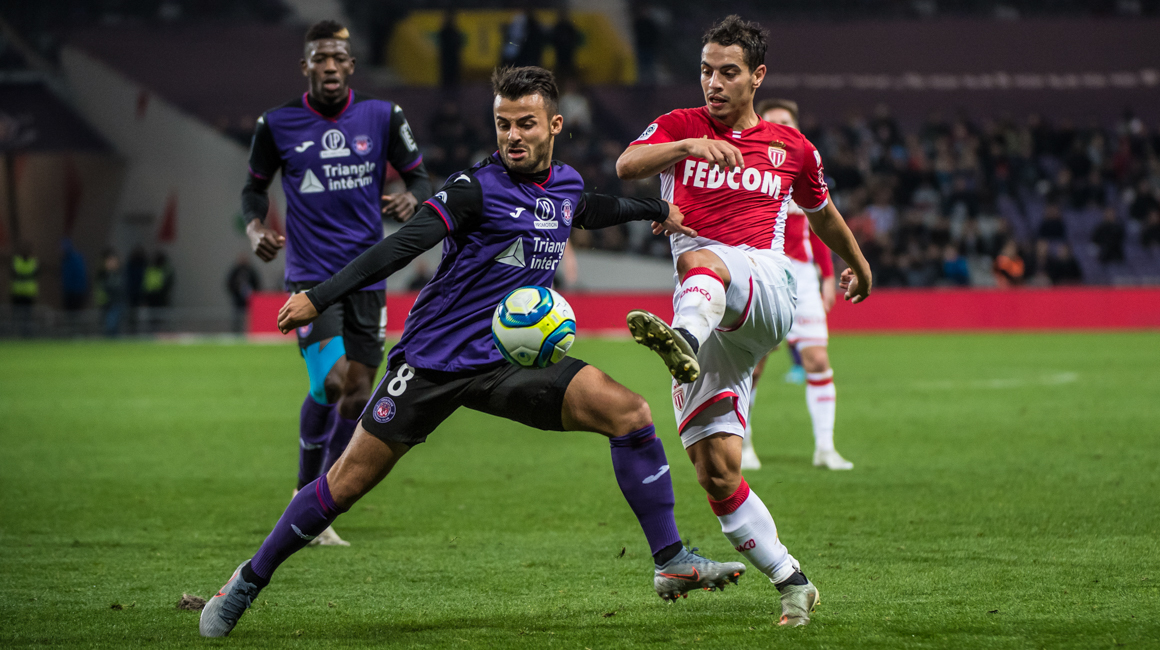 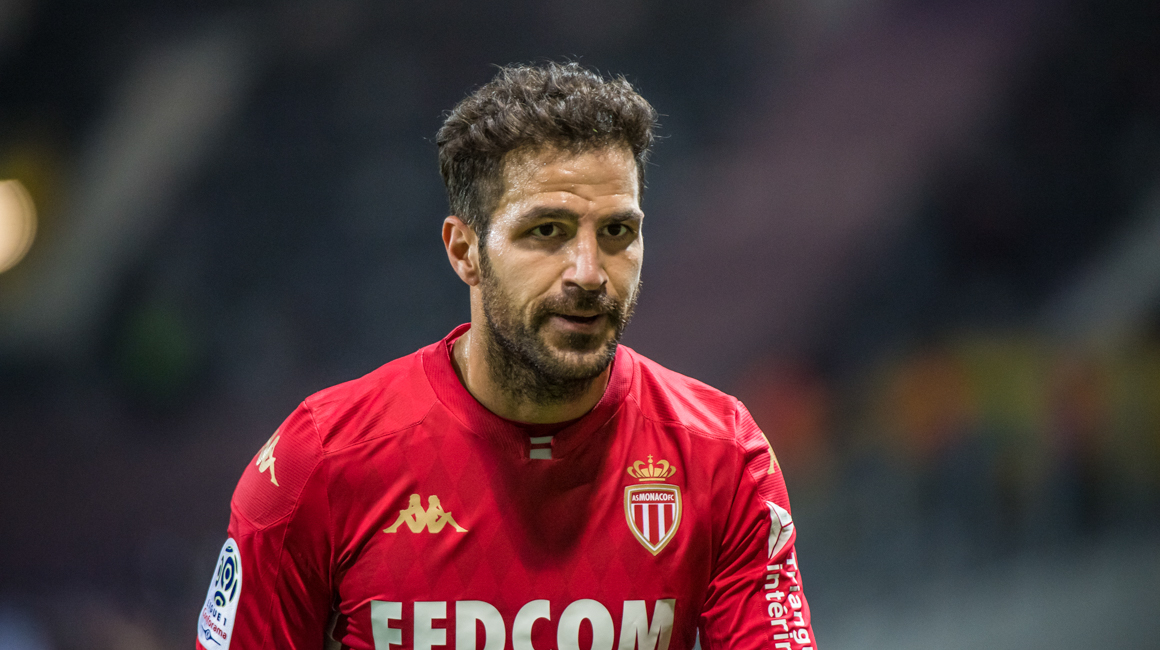 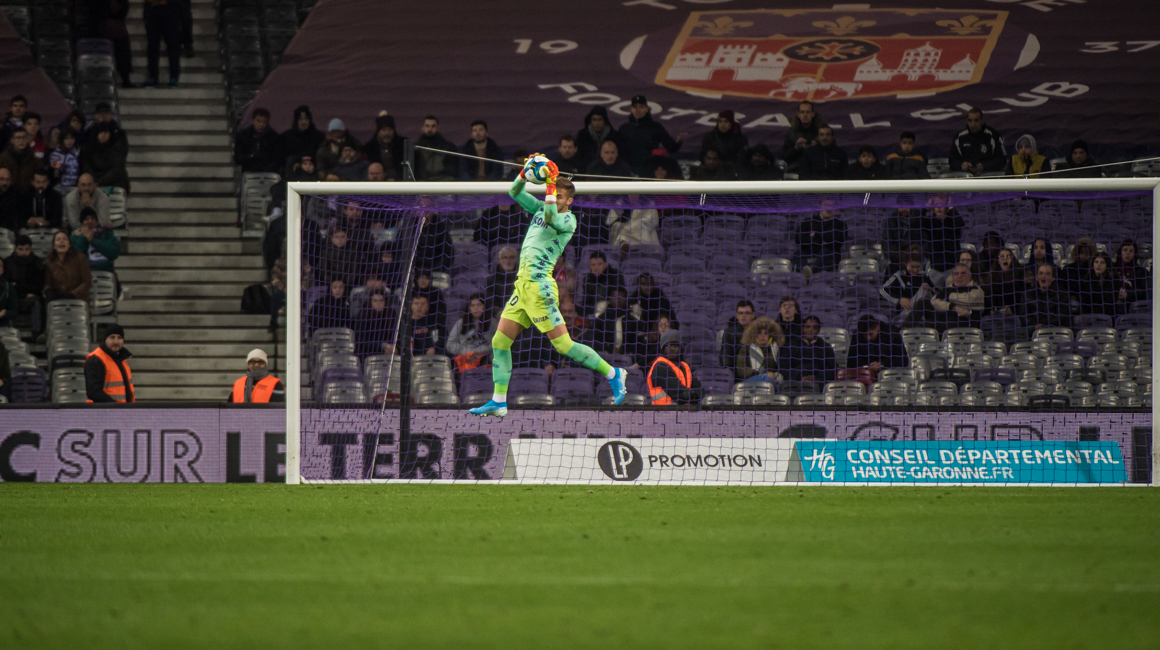 After this frustrating first half, AS Monaco returned from the break and took control. In the 52nd minute, Augustin found the net on a cross by Ballo-Toure, but it was correctly flagged offside. It  took an inspired Aguilar to prevent Gradel from shooting in the 55th minute, but the big opportunity in the early part of the second period was Monegasque, with a Ben Yedder free kick blocked by the wall. With a little over twenty minutes left, Leonardo Jardim decided on a tactical change by going back to a back four in defense and three in attack. Fàbregas and Gelson replaced Golovin and Maripàn (67th), then the coach put on Baldé instead of Augustin (73rd). The Red and Whites played higher up the pitch and Gelson missed a chance by shooting off target on a very good cross by Ben Yedder (71)!

The Portuguese did not put his head down and got a new opportunity a few minutes later, forcing Sylla to concede a corner (77th). The danger was clearly approaching the Toulouse goal and it was thus logical that AS Monaco finally found the winner in the 84th minute, when Gelson redeemed himself by scoring from another cross by Ben Yedder.  Seemingly liberated by this goal, the Red and Whites still had four more clear chances at the end of the game, but the score stayed the same. It did not matter, as Gelson’s winner brought much happiness to our team, which earned its second away win and its seventh victory in the last ten matches!