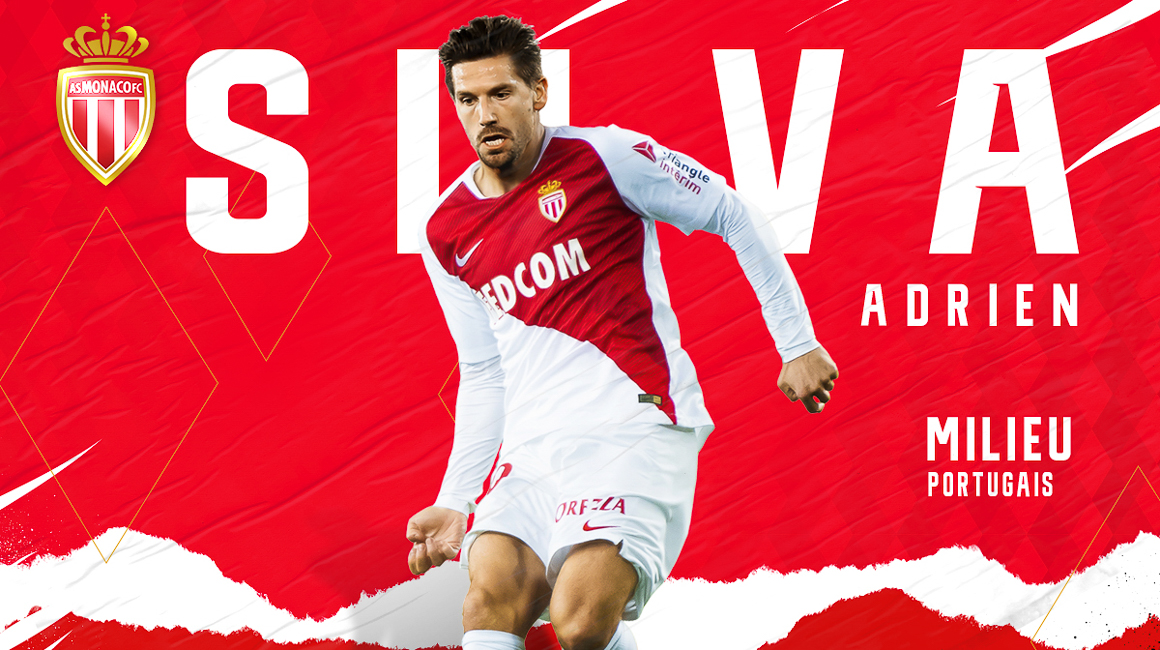 Born in Angouleme, Adrien Silva is a product of Sporting Clube de Portugal where he made his professional debut in the 2007/2008 season before being successively loaned to Maccabi Haifa (2010/2011) and then to the Academica de Coimbra (2011/2012) to gain experience.

Back in Lisbon, he stands as a technical leader and wears the captain’s armband. After 242 games including 34 games in European competitions, and a season under Leonardo Jardim (2013-14), he transferred to Leicester in January 2018.

A regular member of the national team of Portugal, Adrien Silva has 26 caps on the senior team with which he won the Euro 2016, actively participating in the title.

Adrien Silva is an experienced player who, by his level of play, will allow us to boost our midfield. His state of mind and his game intelligence will help the team to achieve our goal.
Vadim VasilyevVice-Président Directeur Général AS Monaco
I am very happy to join AS Monaco. I look forward to meeting my teammates, and doing my best to help the club reverse the situation.
Adrien Silva