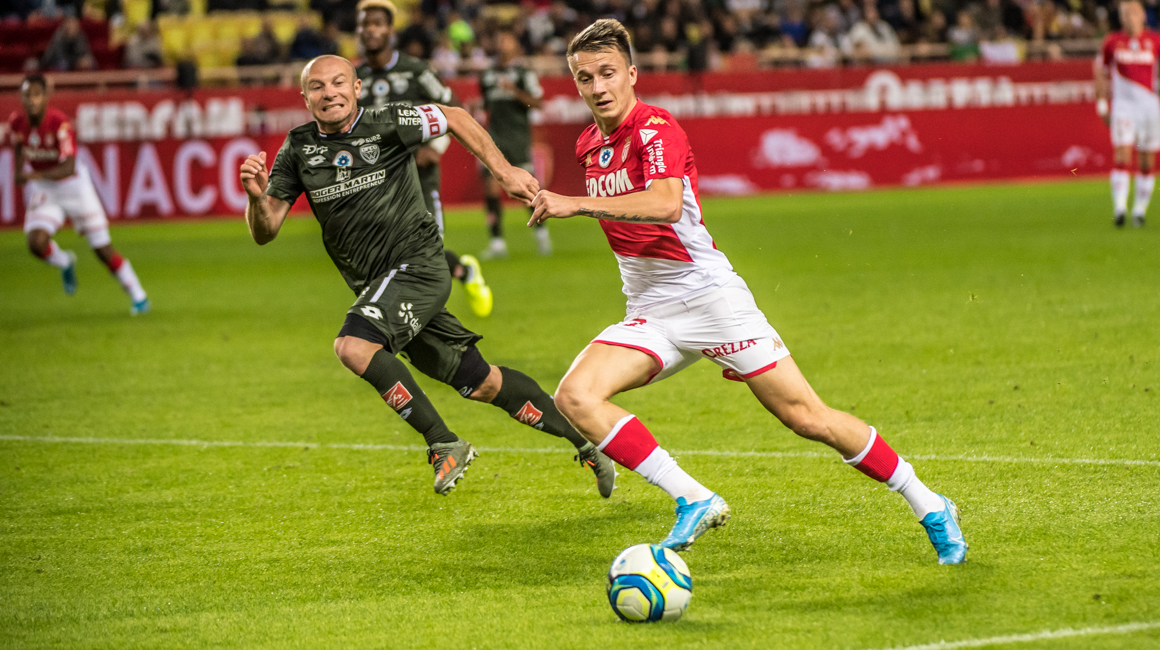 After three consecutive victories, AS Monaco (5th) want to continue their good run against Dijon FCO (18th) on the 26th matchday of Ligue 1 Conforama.

There’s nother objective than that of continuing to move forward for AS Monaco. “We never looked back, said Adrien Silva on Canal Football Club last Sunday. Our goal has always been to improve every game and move up the table. AS Monaco is on the right track to find some stability and to finish on the podium. ” Currently fifth, Robert Moreno’s side moved to within a victory of third place, currently  occupied by Rennes by winning three times in a row against Angers, Amiens and Montpellier.

The dynamics are the opposite for Dijon, which has not won since the 22nd matchday against Brest (3-0) thanks to goals by Mama Baldé and Stephy Mavididi. These two players have scored five goals each since the start of the season, as has Tavares, the top scorer in DFCO’s history. Baldé, Mavididi, Tavares… and Mounir Chouiar. The 21-year-old striker is the in-form man for the Burgundy side. He scored his first double for the first team last weekend in Bordeaux.

Dijon are tough at home

The Dijon number 21 will now want to confirm his good performance in front of his supporters. At home, DFCO have managed to grab at least one point from each of the top seven teams in the Ligue 1 Conforama table. Paris, Lille, Rennes and Strasbourg lost at the Gaston-Gérard, while Marseille and Montpellier drew there. Will the Rouge et Blancs be the first members of the Top 7 to earn a victory in Burgundy? Verdict this Saturday around 10 p.m…

Saturday's match will be very difficult. It is good news to see that big teams have had difficulties. We have to show our style of play. AS Monaco must attack the whole match, especially on the weak spots of the opposition. It’s a big goal to win in Dijon because a lot of the top teams haven't done it.
Robert MorenoManager, AS Monaco

We try to do our best in every match. I think there are a lot of positives for the future. We are getting closer to the end of the season, the matches are very close. We must continue to be careful.
Youssouf FofanaMidfielder, AS Monaco