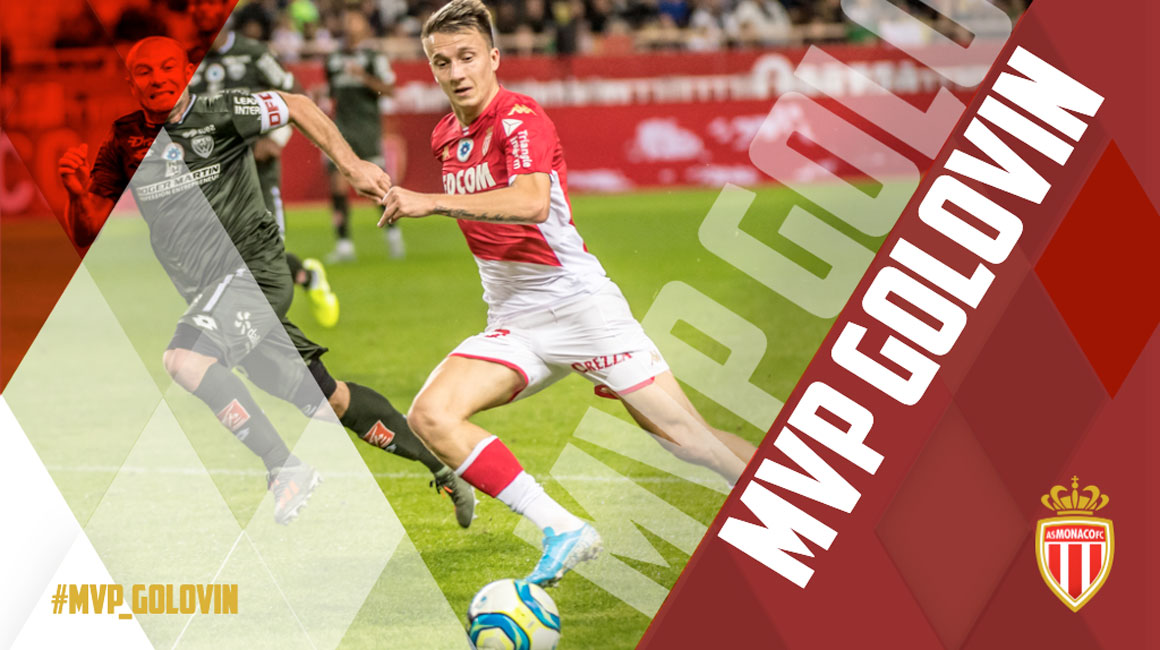 The Russian international midfielder was voted the MVP for November by fans on the AS Monaco App.

Aleksandr Golovin has succeeded Wissam Ben Yedder, who won in October, and Islam Slimani, who won in September. Elected MVP of  AS Monaco’s last two matches,  against Dijon and Bordeaux, “Golo” has collected 68,5% of the votes in this monthly election, ahead of Benjamin Lecomte (12%) and Wissam Ben Yedder (8%).

Second in the standings for the September MVP and in October, and match MVP in five of the fifteen official matches played so far by the Red and Whites, Aleksandr Golovin now sees his consistency rewarded by this vote.