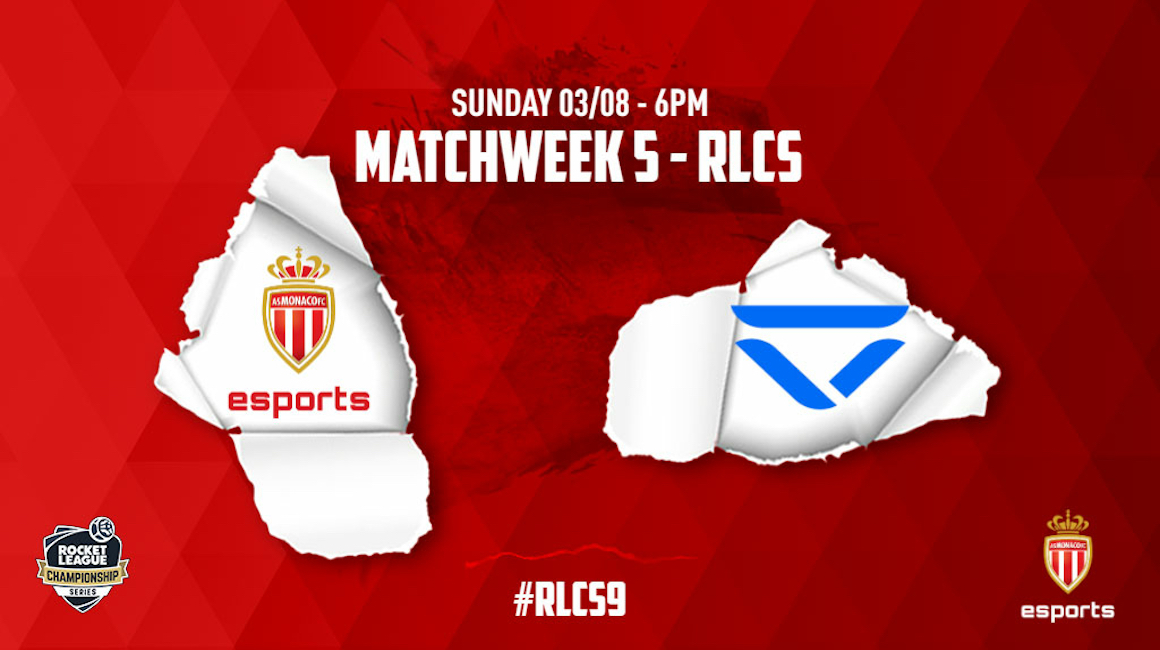 After a double match last week (Renault Vitality & Team SoloMid), AS Monaco Esports will face Veloce in the 5th matchday of the RLCS championship.

Last year, the Reds-and-Whites won the Rocket League Rivals Series, and earned promotion to the first division (RLCS). Since the start of the competition, AS Monaco Esports has been learning alongside the biggest teams in Europe, like Renault Vitality, Veloce and Dignitas. Even if the three players are having a difficult time, they are progressing day by day and benefiting from an interesting learning experience against these teams.

It’s time to get that win. We need your support. 🙌 #RLCS9 #MonacoUnit

SPAM 🏍 THIS🏍 TO 🏍 HELP 🏍 MONACO pic.twitter.com/tZdMGHnhmz

This weekend, for the 5th matchday of the Rocket League Championship Series, the players from the Rock will face Veloce. The English side, currently 2nd in the table, are formidable opponents for AS Monaco Esports. They have played several hard-fought matches (3-2, 3-1, 3-2), but suffered heavy defeats against lower-ranked sides (3-0, 3-1). The Red-and-Whites will therefore have to find the solution to overcome this side, while progressing in the competition!