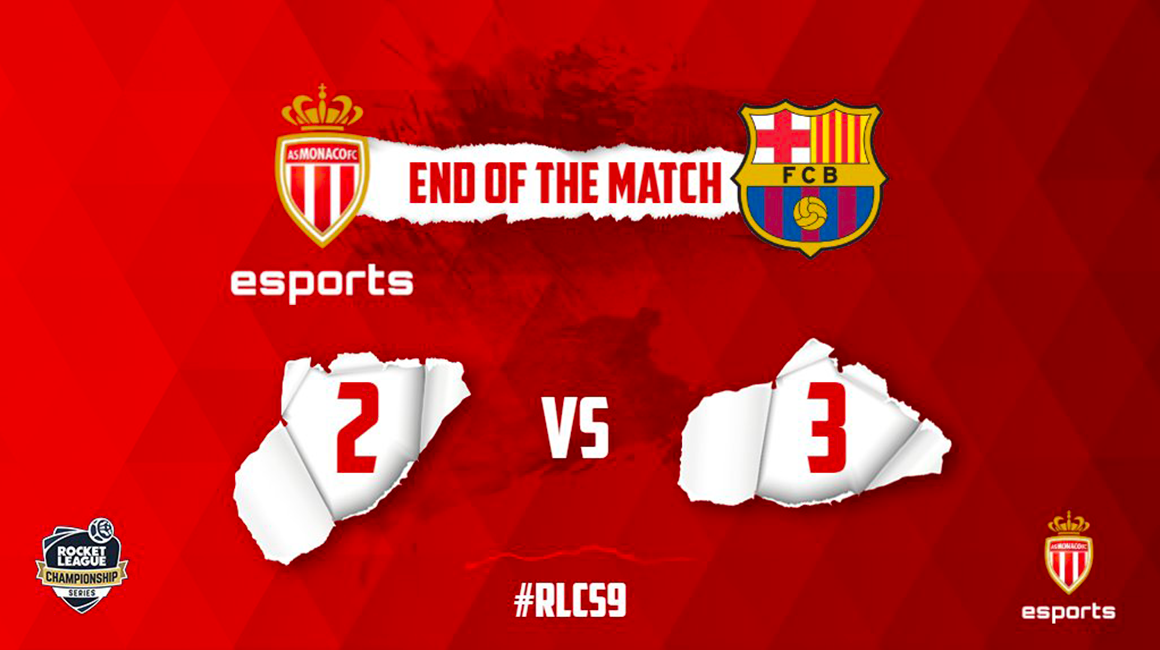 On this penultimate day of the RLCS, AS Monaco Esports faced FC Barcelona, who come back from two matches down. On the evening, the Spaniards won three times in overtime (3-2).

AS Monaco Esports got off to a flying start in the first two rounds! EyeIgnite allowed the Red and White to take the lead, 1-0 then Extra recorded an excellent second game by scoring three goals; the Principality’s players were leading 2-0.

This is not a football game, but hat trick for @Extra_RL! 😳😳

In the third game, Tigreee equalized a second from time to offer added time to AS Monaco Esports, who were then only one goal away from victory, but it was the Catalans who scored in overtime. FC Barcelona returned the score to 2-1, then 2-2 when Ronaky scored in overtime in the fourth round.

EyeIgnite helped AS Monaco Esports take the lead in the decisive fifth game, but FC Barcelona equalized … within a second of full time! Disappointed, the Monegasques conceded a goal in this third overtime of the match, which sealed the fate of both the round and the match.

The last match in the championship is scheduled for next Sunday against Team Singularity.