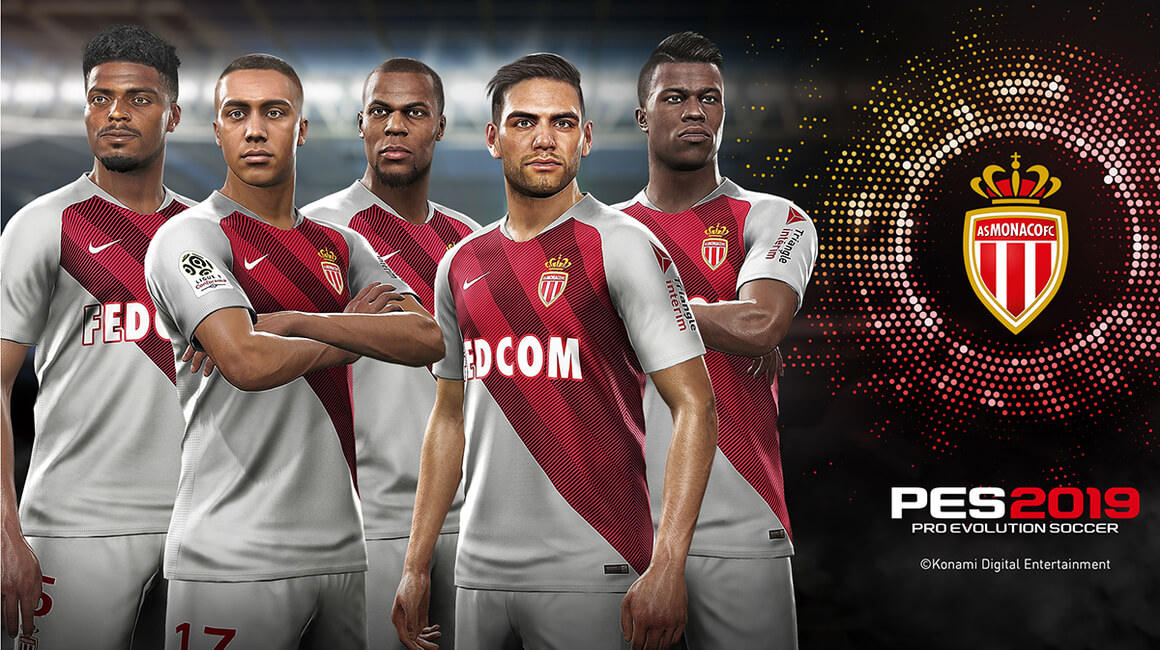 AS Monaco joins FC Barcelona and Schalke 04 and will compete in the first international electronic sports league for football clubs only.

AS Monaco is the third club to join the football eSports competition created by eFootball.Pro and the Japanese company Konami. The club will compete with FC Barcelona and FC Schalke 04, the other announced founding partners of this international league.

“ Monaco is currently one of the greatest European clubs and a very expected addition to eFootball.Pro. They are already in several eSports leagues with other games and will undoubtedly be a rival to take into account in our competition. The rest of clubs will have to be on the alert for their moves before and during the season “.

eFootball.Pro’s and KONAMI’s competition aim to professionalize football eSports and will add more clubs soon. It will be played using the video game series of the Japanese company.

“ One year after having created our dedicated eSports structure, this is another step forward in electronic sports industry for AS Monaco. The club which is already participating in different games, shows with this new move, its commitment to position itself as a key player in this area. We are delighted to be the third club joining, as founding partners along with FC Barcelona and Schalke 04, in the first international electronic sports league for football clubs only. We are very excited to soon be competing with such great challengers, in this tough competition which will provide great moments to share with our fans.”

eFootball.Pro provides the digital public with the evolution of the traditional football social spectacle. Its goal is to professionalize the football eSports industry by organizing the first international eSports competition with top football clubs only. The company appeared in 2016 and announced in 2017 the creation of a league together with KONAMI and in 2018 the incorporation of FC Barcelona. eFootball.Pro belongs to EMR (Esports Media Rights), an eSports company, competitions promoter, creator of related content and broadcaster.

Konami Holdings Group was founded in 1973, and went public on the London Stock Exchange in 1999. Konami Digital Entertainment, which is the core business company of Konami Group, is a leading international digital entertainment company that develops entertaining content for mobile, console and card games. The company is known for franchises such as Pro Evolution Soccer, Metal Gear,… as well as the popular Yu-Gi-Oh! trading card game series, and has been involved with eSports competitions worldwide with the PES series since 2001 and Yu-Gi-Oh! trading card game series since 2003.

Few days ago, AS Monaco announced that it has entered into a partnership with Konami Digital Entertainment B.V. for the forthcoming PES 2019. AS Monaco and Konami have entered an exclusive agreement that will see the Club, its stars and Stadium Louis-II – which will be made available via download shortly after launch – perfectly recreated within the publisher’s forthcoming PES 2019.

eSports are electronic sports; worldwide professional video games competitions. They move more than 380 million spectators and will generate 900 million dollars of income in 2018*. The most important eSports competitions are played in venues that receive thousands of spectators and are followed by millions of fans through online broadcasts. League of Legends (LoL), Counter Strike: Global Offensive (CS:GO) or Dota 2 are among the most followed titles recently*.