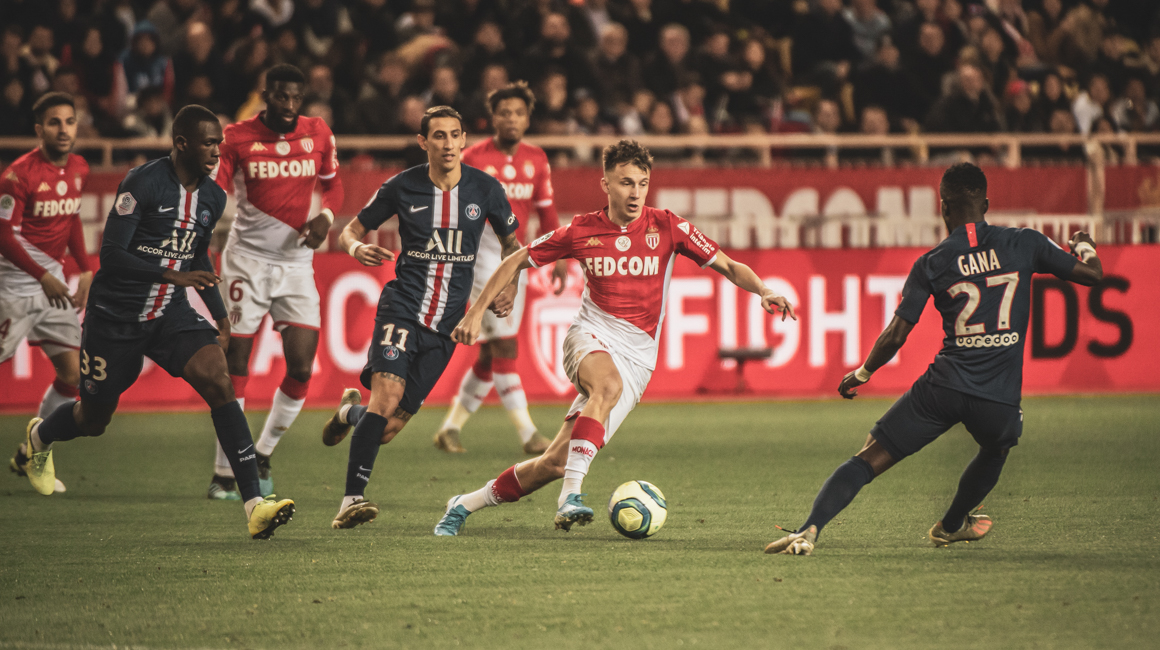 Three days after their superb draw at the Parc des Princes, the Red and Whites conceded nothing in terms of their approach but fell to PSG at Stade Louis-II.

There was no settling in this evening in this postponed match of the 15th day. From the second minute, Lecomte was put to work to turn away a powerful strike from Gueye. The Monaco response was quick; On a cross by Henrichs, Ben Yedder placed a powerful header on target, which Navas rejected (4th). Shortly therafter, it was Di Maria who tried his luck from the edge of the area, with another stop by Lecomte. Once again AS Monaco responded to PSG with a shot from Gelson who tested Navas on the left (5 ‘). There was barely time to breathe when Mbappé put the ball in front of the Monaco goal, where Neymar shot without managing to get it on target (7th). The same Neymar, was involved just after the quarter of an hour on two big chances. The first was on a free kick that came close to the right corner (17th),  and the second on a “Madjer” backheel which was stopped by Lecomte after a hard work by Mbappé on the left wing (18th).

Mbappé was still at work in the 24th for the opening of the score. After a foul not called on Baldé, the former Monegasque forward sprung the offside trap on a long ball and broke free to beat Lecomte with a shot across goal on his right foot. After long seconds of doubt, Mr. Letexier allowed the Paris goal to stand with the help of VAR. The Red and Whites reacted immediately, but Navas intervened against Gelson and on a dazzling counter by PSG it was Lecomte who blocked another attempt from Mbappé. AS Monaco were pushing to get back into the match, but just before the break, Mr Letexier awarded a more than generous penalty to Kurzawa, after an unsuccessful tackle by Glik. Neymar converted, with a run-up once again jerky, and it was by the score of 0-2 that this first half ended. 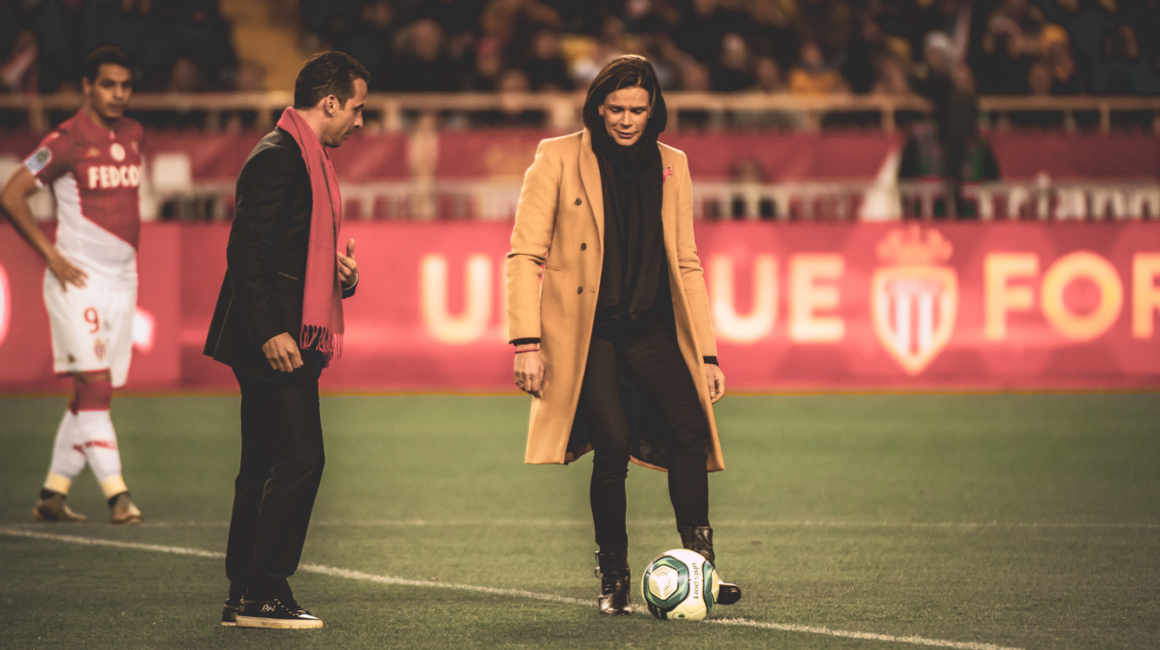 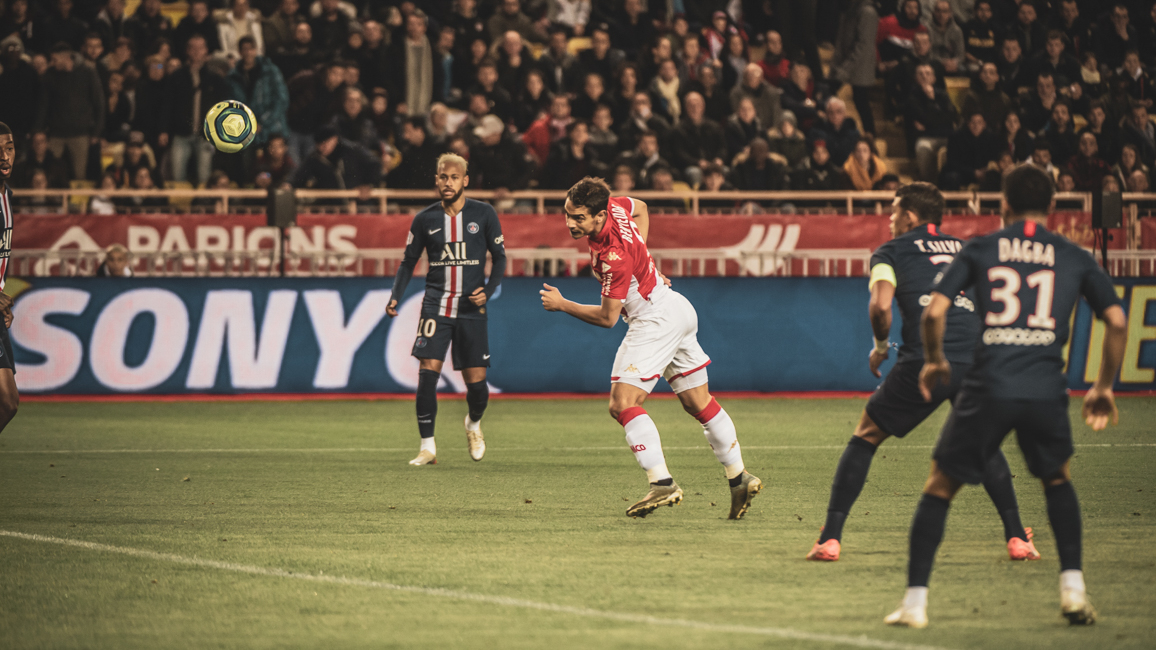 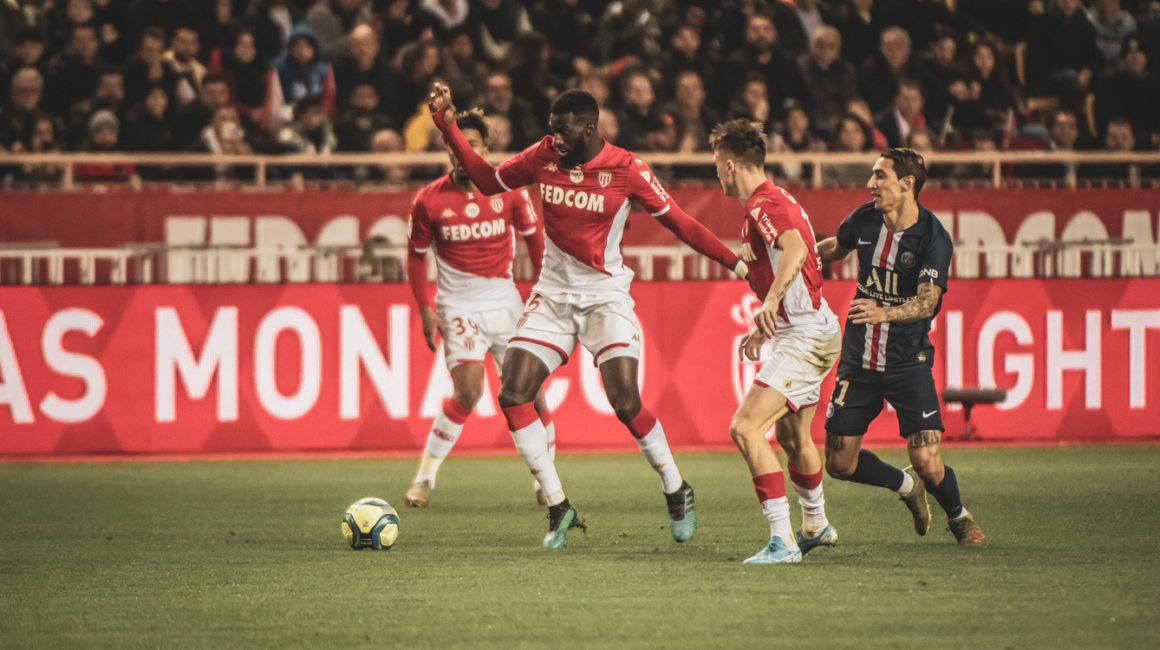 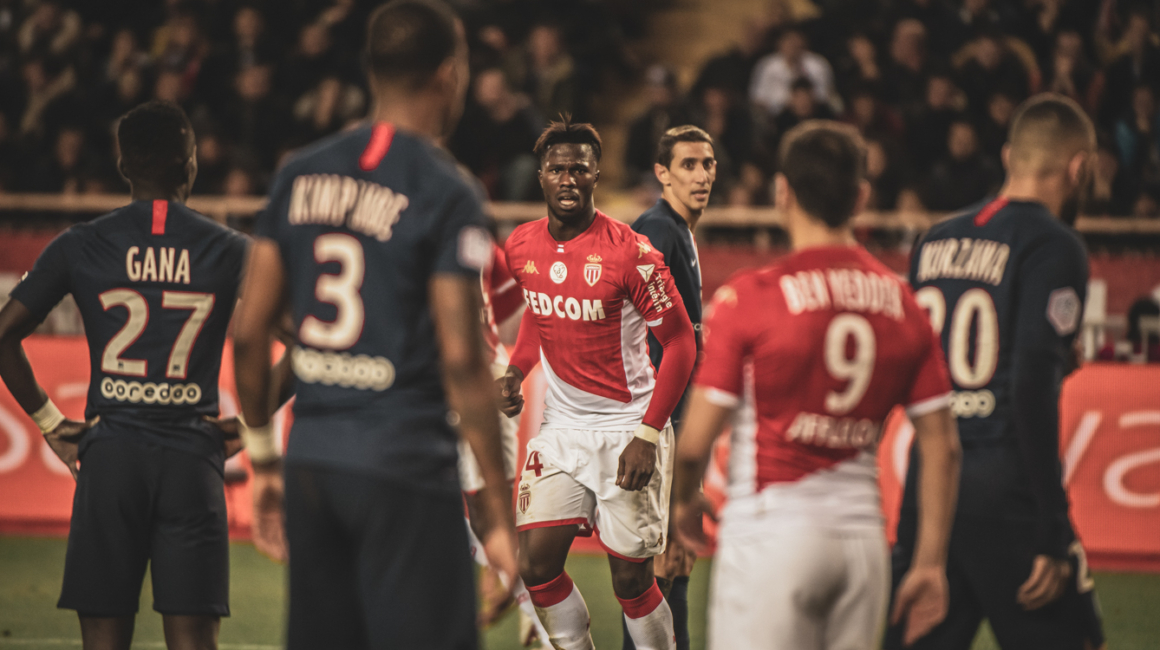 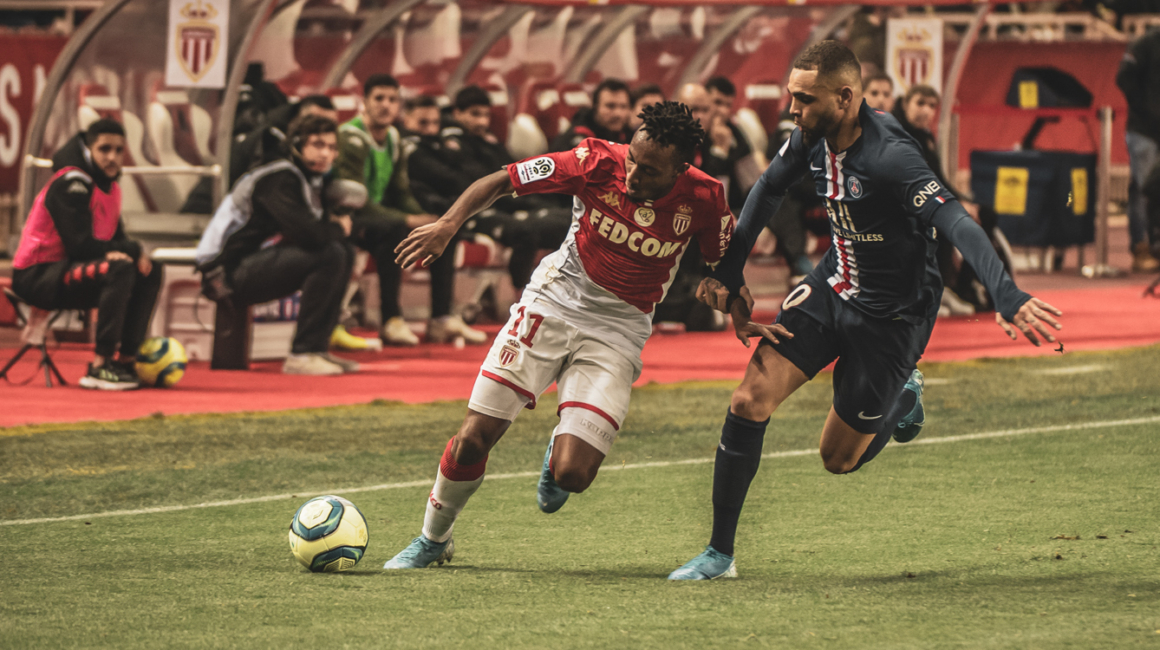 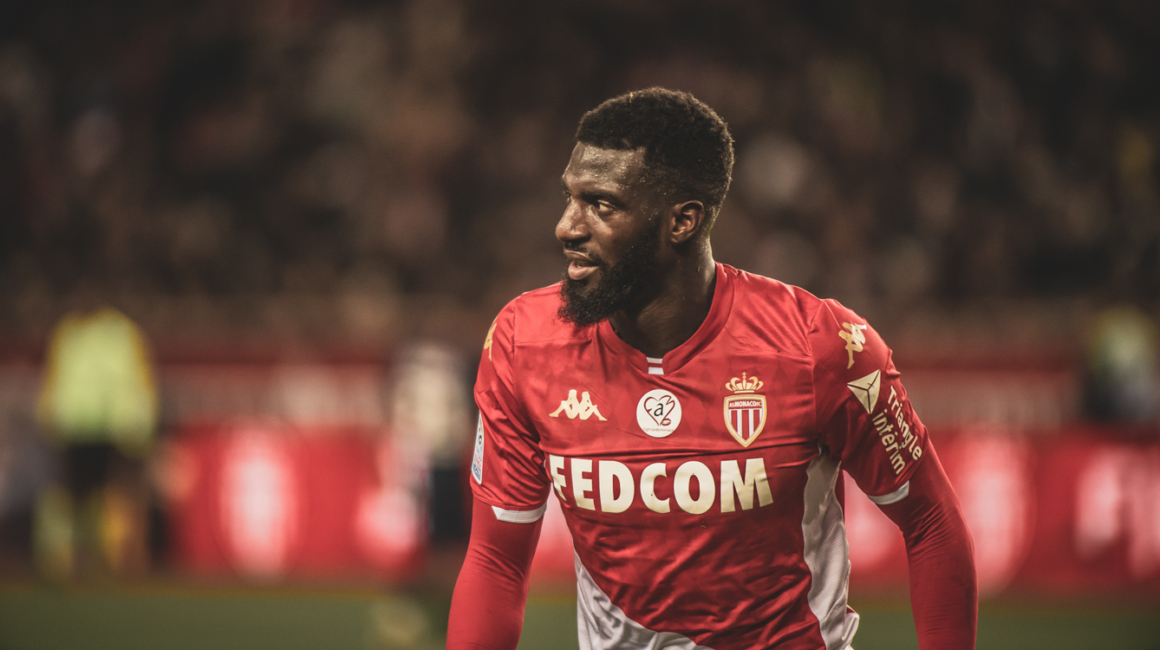 Two goals behind, the task for Robert Moreno’s men was now considerably more complicated. Especially since PSG  were sharp as always on the counter, an when Mbappé missed the target one a one-on-one against Lecomte (58th). Shortly after the hour, Gelson was trying to jump-start the match with a devastating dribble against Kurzawa, but the Parisian defense held strong (63). The first changes came and the simultaneous entry of Verratti and Sarabia to the 71st (in place of Gueye and Icardi) paid off for PSG. In the next minute, the Italian assisted the Spaniard who hit a volleyto score the third Parisian goal. Sarabia was wrongly signaled offside at first, and saw his goal awarded after an intervention from VAR.

Mbappé has the last word

The Reds and Whites were still trying to salvage a bit of honor, which they managed to do in the 87th minute. After a big foul by Kurzawa on Ben Yedder, Silva played the ball in front of goal and a failed clearance from Navas fell to Bakayoko. Reinvigorated by this goal, AS Monaco were playing their game as the match entered added time. A shot from Silva was saved by Navas, but the last word went to PSG and Mbappé who, on the counter as he had been all evening, got his double by beating Lecomte with a shot from the left, on a situation almost similar to that of the first goal (90 + 1). The last chance of the match was to Monaco, with a free kick from Jovetic, but the final victory was Parisian. AS Monaco will try to relaunch itself in the league on January 25  at the Stade Louis-II in the 21st matchday, but will have to go to Orléans before to face Saint-Pryvé / Saint-Hilaire in the Round of 32 of the Coupe de France.