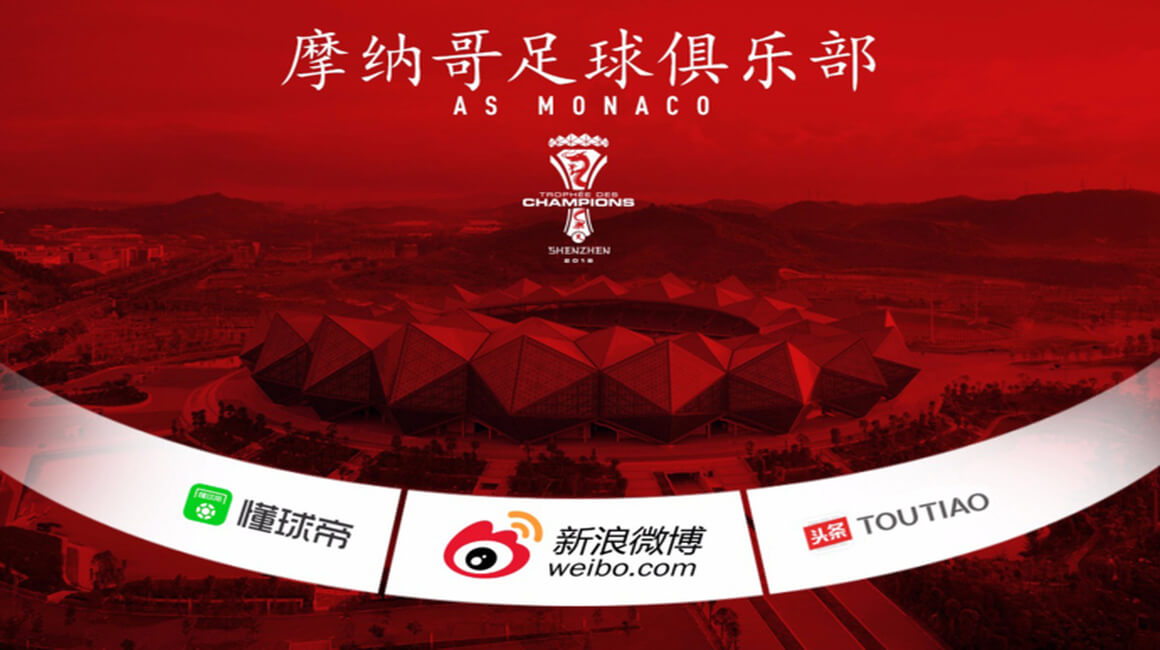 With this Saturday's Trophée des Champions taking place in Shenzhen, AS Monaco is set to launch its Chinese social networks.

The first official match of the 2018/19 season kicks off against Paris SG and AS Monaco will look to engage with local fans on what is the club’s first trip to China. To that end, this week sees the launch of its Chinese social networks : Weibo, Dongqiudi and Toutiao.

Each day, AS Monaco will add adapted content to these platforms that will allow fans to follow news of the club and its players while also discovering some history of the Red and Whites and the Principality. In this way, AS Monaco – which already has more than eight million followers on Twitter, Facebook and Instagram – is continuing with its digital development.

Juli Ferré Nadal, Commercial and Marketing Director at AS Monaco

“In this special week for Ligue 1 in China, AS Monaco wants to seize the opportunity to get closer to our Chinese fans while showcasing the image of the club and the Principality. This launch, which highlights our ambitions in the digital sphere, will allow AS Monaco to continue to increase its audience and gain further visibility. China is one of our target markets in our international development strategy; it is an exciting challenge for the club and a story that we are very happy to begin.”