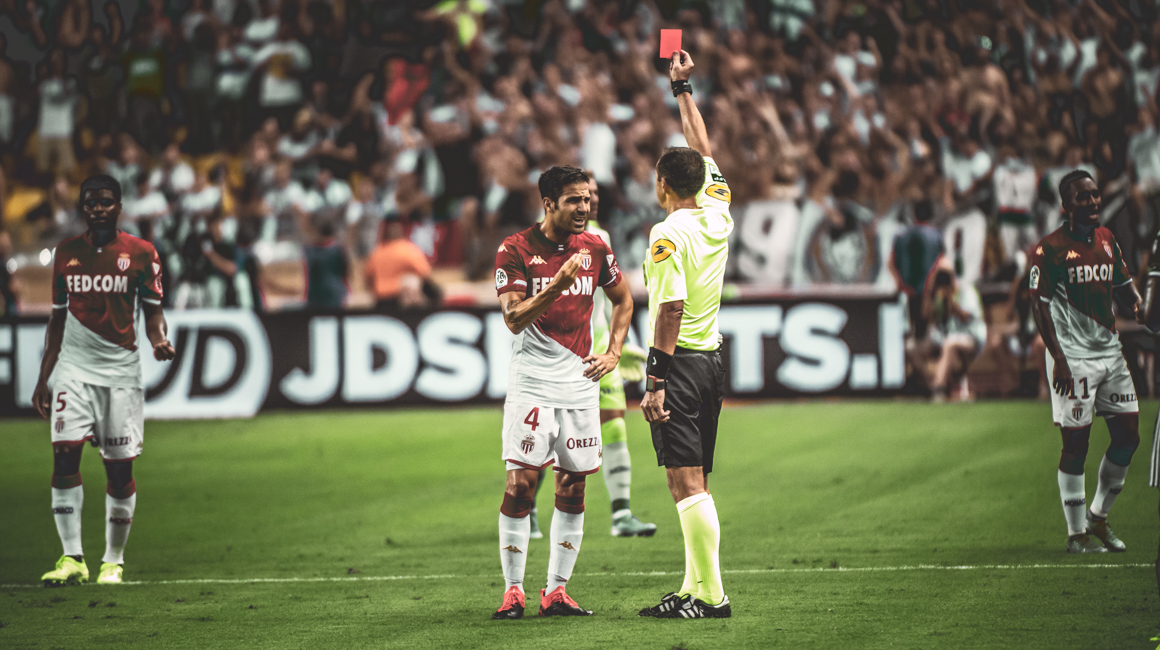 Behind early, and crippled by the red card of Fabregas at half an hour of play, the Red and White start the season with a defeat.

In a packed Louis II stadium, the meeting started poorly for the Red and White. On the first corner of the game, Lyonnais opened the scoring with a powerful Dembélé header (4 ). The Red and White were not demoralized, answering by way of a Henrichs goal (19′). After 25 minutes of play, the possession was largely in favor of AS Monaco (60%), which aided in equalizing.

The ejection of Fabregas

The game would change drastically a half an hour in due to the referee, Ruddy Buquet. After a deep ball from Aguilar, Fabregas accidentally stepped on Dubois’s ankle in the Lyon area. Mr. Buquet consulted VAR after warning the Spanish midfielder in advance. Everyone thought it would be recognized as a mistake, but surprisingly, he decided to give a red card.

With the squad now reduced to ten, the Red and White tried to keep their head above water, but a sudden and powerful shot from Memphis Depay in front of the area surprised Lecomte, who was beaten for the second time. While playing down for 36 minutes, the game seemed over. After the break, Leonardo Jardim’s men continued to show effort with a good start to the half.

With the end of the match approaching, OL controlled the game and Tousart took the opportunity to score the third and last goal for his team at the conclusion of a good run from Dembele and Mendes (79′). The match ended 0-3, in favor of OL, who took full advantage of the situation. AS Monaco started the campaign with a disappointment against a solid Lyon side.

See you in Metz in a week for the 2nd match.