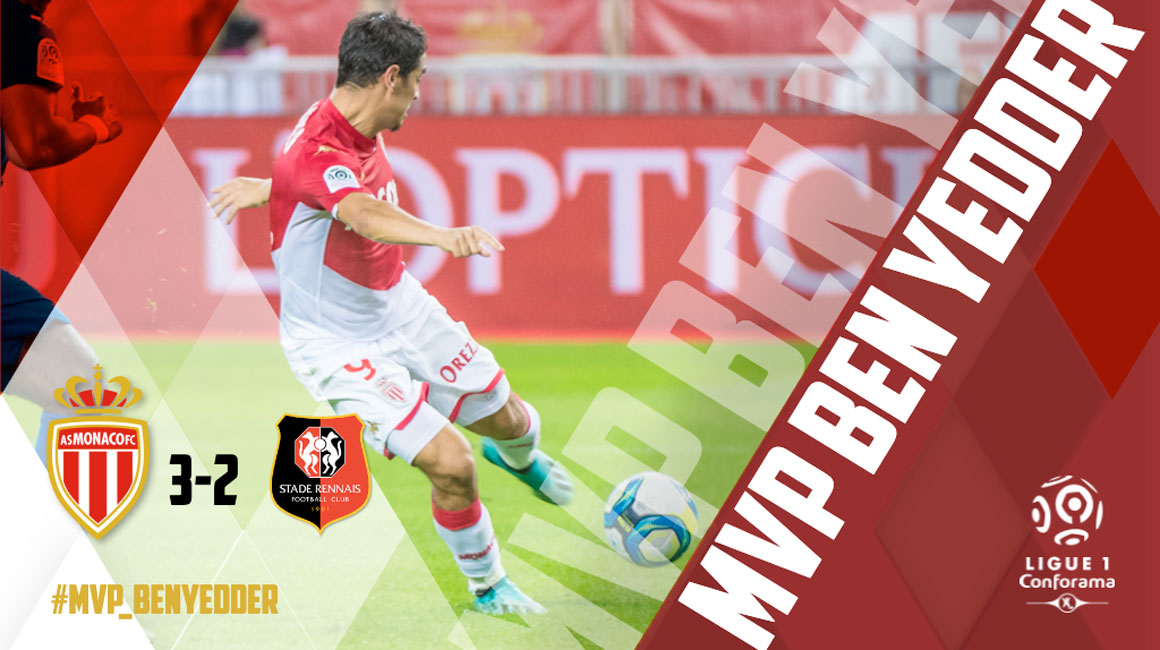 Logically Wissam Ben Yedder was elected MVP of the match against Rennes by the users of the AS Monaco App.

The French international striker won 90% of the vote on this tenth MVP vote of the season after his magnificent double against Rennes on Sunday. The current top scorer in Ligue 1 (8 goals) was ahead of Islam Slimani, who scored a goal and had an assist in the match, and Benjamin Lecomte, who made a crucial stop against Adrien Hunou in the first half .

Wissam Ben Yedder succeeds Benjamin Lecomte, MVP  of the match against Montpellier. This is the second time this season that he has been elected MVP after his first double in September against OM. Let’s hope there are many more!

Join us now on the AS Monaco App to predict the score of the next match against Nantes!