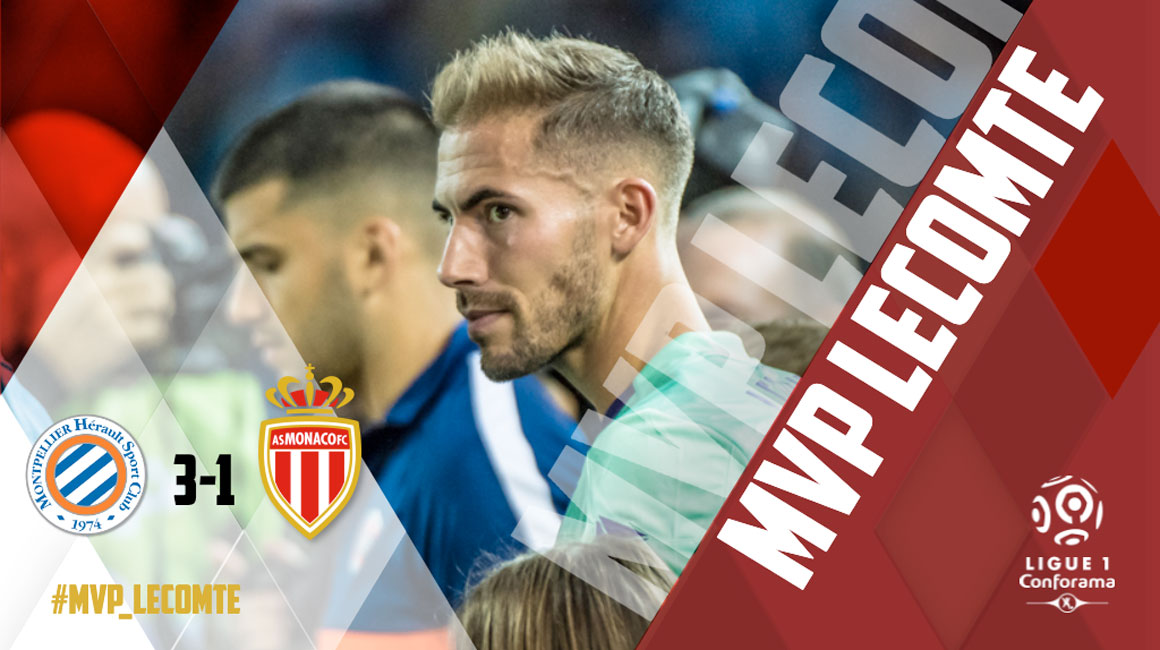 The red and whites' 'keeper is your man of the match after the match against Montpellier.

Benjamin Lecomte was elected MVP with nearly 59% of the vote ahead of Wissam Ben Yedder and Aleksandr Golovin. After Metz and Reims, it is the third time this season that Lecomte is elected MVP by the users of the application. The AS Monaco goalkeeper made several important saves throughout the match, but could not prevent the defeat of his team.

The next match for Lecomte and his teammates is Sunday, October 20 at the Stade Louis-II against Rennes as part of the 10th matchday of Ligue 1 Conforama. See you on the AS Monaco App to experience the Red and Whites matches like nowhere else.