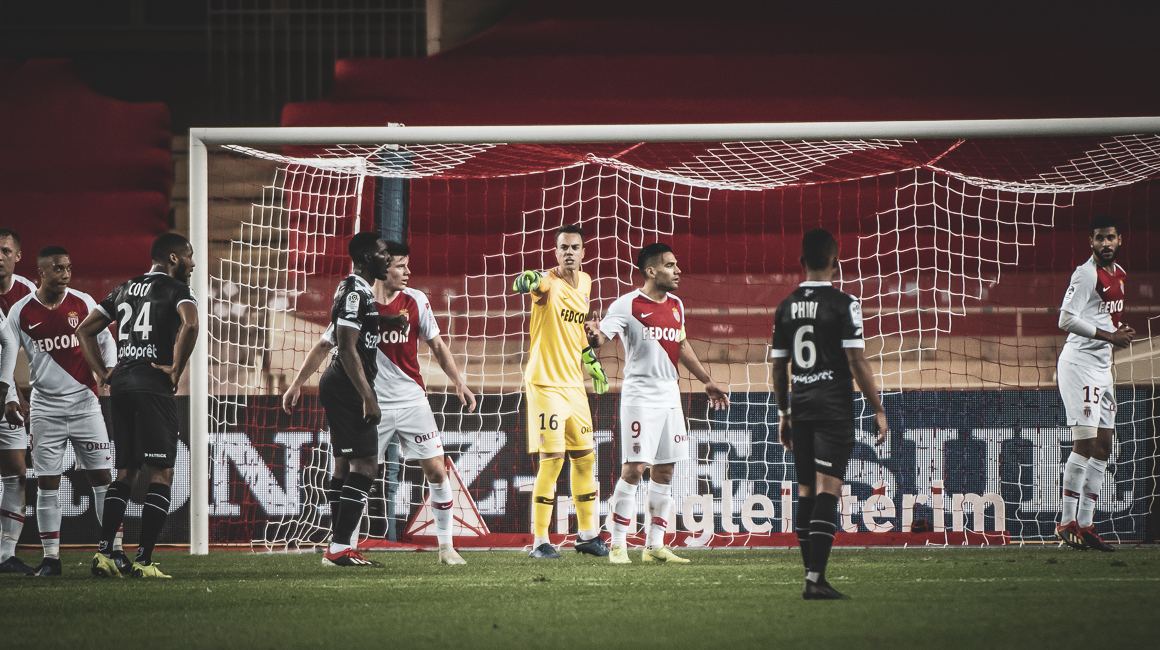 AS Monaco lost 2-0 to EA Guingamp on the 19th day of Ligue 1 Conforama.

The duo Biancone – Faivre, who scored the winning goal against FC Lorient on Wednesday, start again for Thierry Henry. The start of the match turns to the advantage of the Red and White with two opportunities from Moussa Sylla (2nd) and Radamel Falcao (7th). The rest of the first half is more balanced and the two teams return to the locker room with the score still 0-0.

The saves of the opposing goalkeeper were the difference Saturday night, as Thuram opening the scoring (68th). It comes after a decisive stop from Caillard, who saved a shot from Falcao for a corner. On the counterattack, EA Guingamp scored the second through Nolan Roux in the 75th minute.

AS Monaco are unable to come back and lose (2-0). Next meeting for the Monegasques will be on Sunday, January 6th against AS Canet for the Red and White’s debut in the 2018-19 Coupe de France.