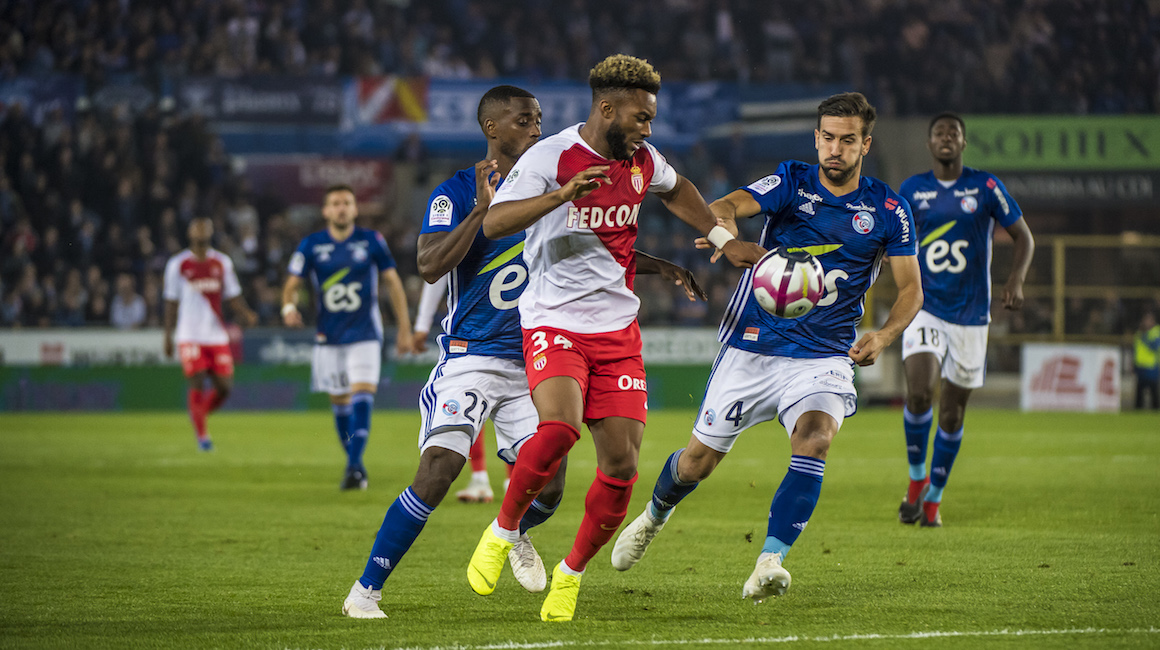 AS Monaco loses to RC Strasbourg on the 10th day of Ligue 1 two goals to one.

First match on the bench for Thierry Henry with AS Monaco. The new coach of the Rouge et Blanc has chosen a 4-4-2 for his first starting lineup in Alsace. The first Monegasque opportunity will come from a free-kick at the entrance to the box (16 ‘): the shot by Jovetic is stopped by the Belgian goalkeeper. Strasbourg will score the first goal of the meeting thanks to Thomasson (17th). Radamel Falcao is denied a goal for offside following a free kick by Chadli (31). Hurt in the action, the captain must go out after a thigh injury (36th). The Red and White will then stop Matz Sels twice then Lala (37th). The locals take the advantage at the break.

The second period will start with a shot from Sidibé. Then Glik, new captain for the match following the departure of Falcao, who will try his luck following the corner of Chadli (57). Samuel Grandsir goes into play and gets a red card for a foul on Goncalves (66th). AS Monaco is reduced to ten for the rest of the game. Strasbourg will double the lead thanks to Mothiba (84th). Despite the goal of Youri Tielemans in the last minute (90th), the Red and White lost to the Strasbourg on the score of two goals to one.

Next match: in the Champions League on Wednesday 24 October at 18h55 in Bruges.