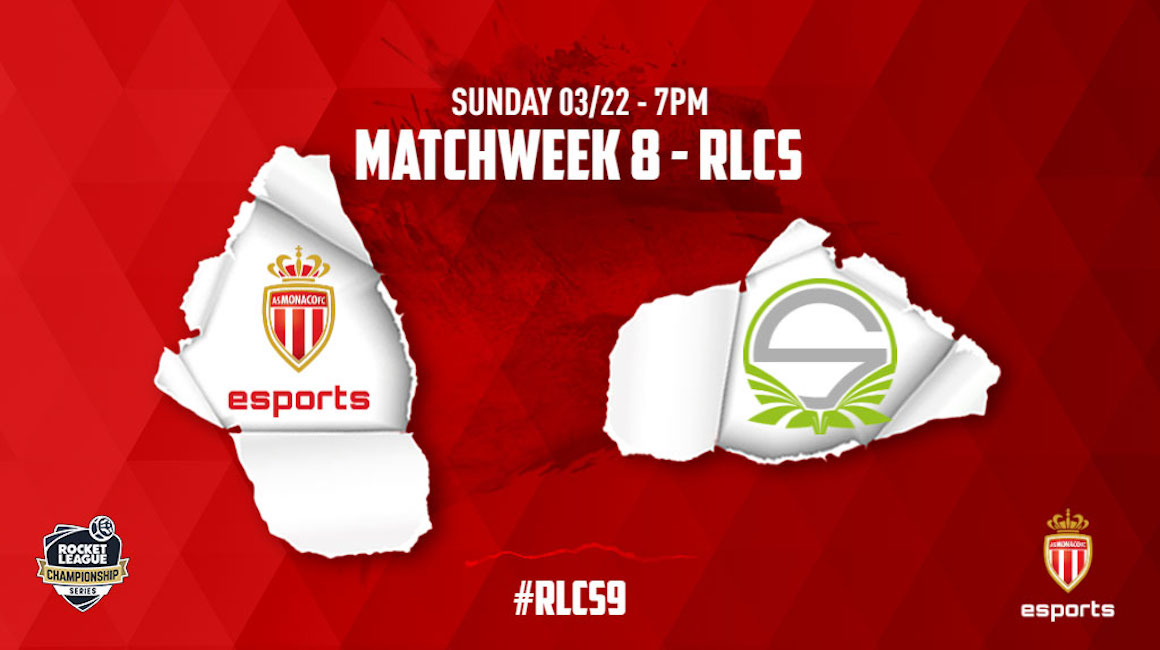 AS Monaco Esports will meet Team Singularity on Sunday for the ninth and final matchday of the RLCS. S1mon, the Rocket League coach, looks back at the season.

Having started on February 9, the regular season of RLCS now comes to an end. On Sunday, EyeIgnite, Extra and Tigreee will play their last match against Team Singularity, with the aim of finishing on a high note, a week after a cruel defeat against FC Barcelona :

We started like you better cant start a game and went 2-0 in the lead with a really good performance. In game 3 we lost in OT, but this happens sometimes and its normal. In Game 4 we have the chance to win the series and unfortunatetly we couldnt drop the ball at 0 seconds and Barca scored the buzzer beater to secure the next OT and win this game as well as Game 3. Game 5 also went into OT and we lost this series and got reverse swept. It was hard, than we have seen a really good series with a really good defense and we had a really good shooting percentage too.
S1monRocket League Coach of AS Monaco Esports

Recovered from this setback, the Red and White trio quickly re-mobilized for this upcoming match. On the program, Team Singularity, seventh in the championship:

We're preparing us like we have done this the last weeks as well. We gonna scrim twice a day and analyse our replays. We try to have as less pressure as possible. Stay focused and try to play our game! That's it for now and we hopefully can win our series.
S1monRocket League Coach of AS Monaco Esports

S1mon now reflects on this first season contested by AS Monaco Esports in RLCS, a league made up of the best European teams:

At first, the season isn't over yet. We still have a chance to qualify for the relegation tournament. But personally I've learned alot in this season. Every day in my work as a coach/manager is a enrichment for my knowledge and I'm still hungry to learn more. Everyone can learn outta not good series/games/seasons and that is what I also do.
S1monRocket League Coach of AS Monaco Esports

The Rocket League coach also wanted to address a word to the loyal supporters of AS Monaco Esports:

We're really thankful for their support during the season and we highly appreciate this. It's hard to be a ASM fan at the moment, but a real supporter supports his team in good and in bad times. We promise all of them that we'll do everything to stay in RLCS. We love everyone outside there, who is still rooting for us. Thank y'all!
S1monRocket League Coach of AS Monaco Esports