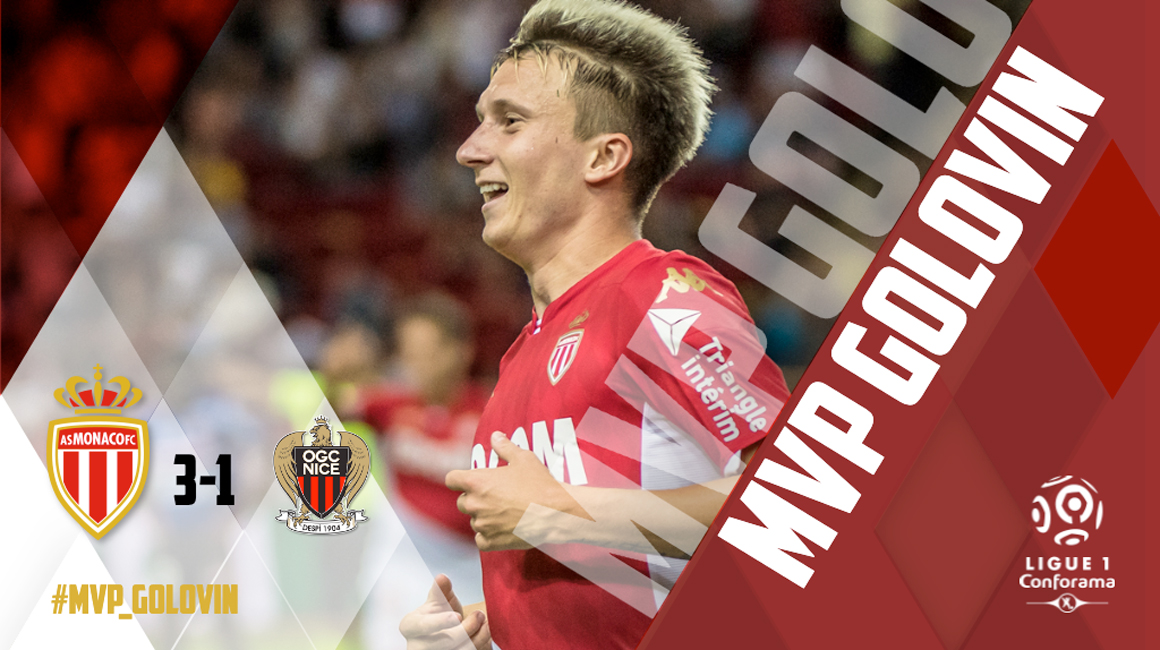 Aleksandr Golovin was elected MVP by the AS Monaco app users after his performance against Nice. The midfielder also received an outstanding score of 9 in l'Équipe.

Author of a huge performance, Aleksandr Golovin was elected MVP with 95% of the votes ahead of Benjamin Lecomte and Cesc Fàbregas. This is the second time of the season that the Russian has won this award. Against Nîmes, he was also your man of the match. But the performance of Golovin did not only impress users of the application. L’Équipe’s reporters awarded him the rare mark of 9, which makes him the highest rated player of the 7th matchday of Ligue 1. After Islam Slimani and Benjamin Lecomte, the midfielder is the third player of AS Monaco to be included in the team of the week of the sports daily.