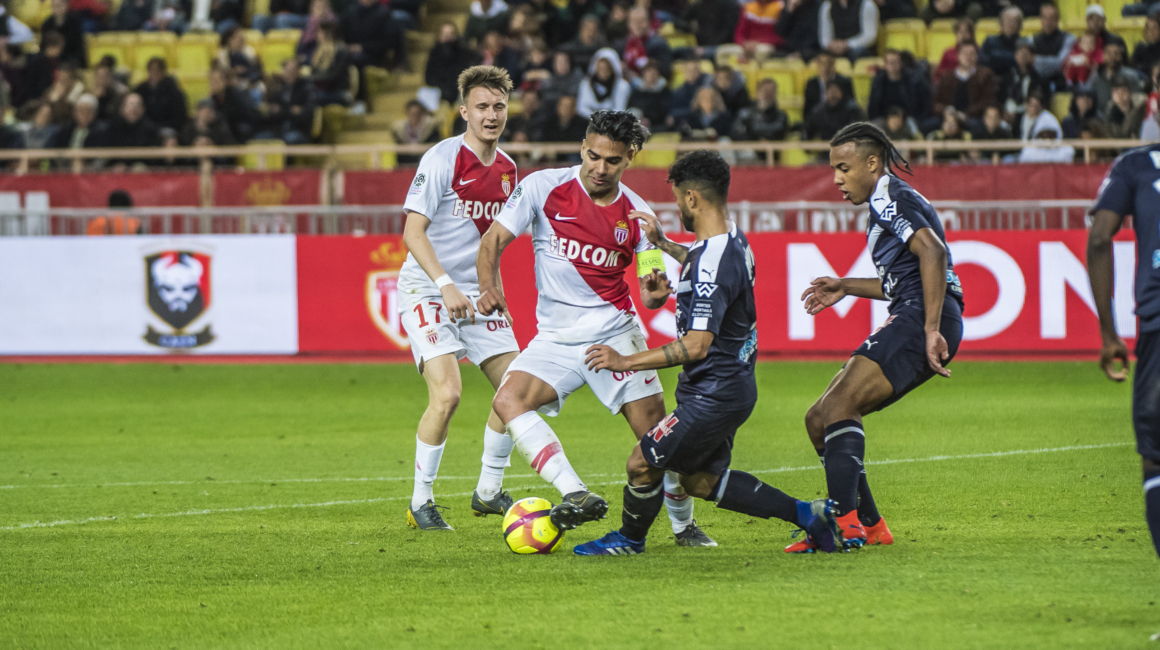 Draw between AS Monaco and the Girondins de Bordeaux this Saturday with a goal each. For his 100th match in Ligue 1, Radamel Falcao is the scorer on the Red and White side. The video summary.

The first chances are for AS Monaco: Radamel Falcao will find the frame first with a header in the 2nd minute before Aleksandr Golovin, a few seconds later, tries his luck and sees his shot stopped by Costil.

El Tigre will open the scoring very quickly in the second half: the Colombian takes a cross from Ballo-Toure and scored his 62nd goal in Ligue 1 for his 100th appearance in the championship (1-0).

Bordeaux will receive a penalty after using the VAR and Jimmy Briand converts (1-1, 62′). The Red and White will create opportunities in this second period: Vinicius hits a heavy shot which is pushed back by Costil (73′), Adrien Silva will also try his luck (75′).  A new use of the VAR in the last minutes of the match: Vinicius scored a goal on a Falcao rebound (86′) but saw his goal denied for offside. The two teams split the points with a goal everywhere.