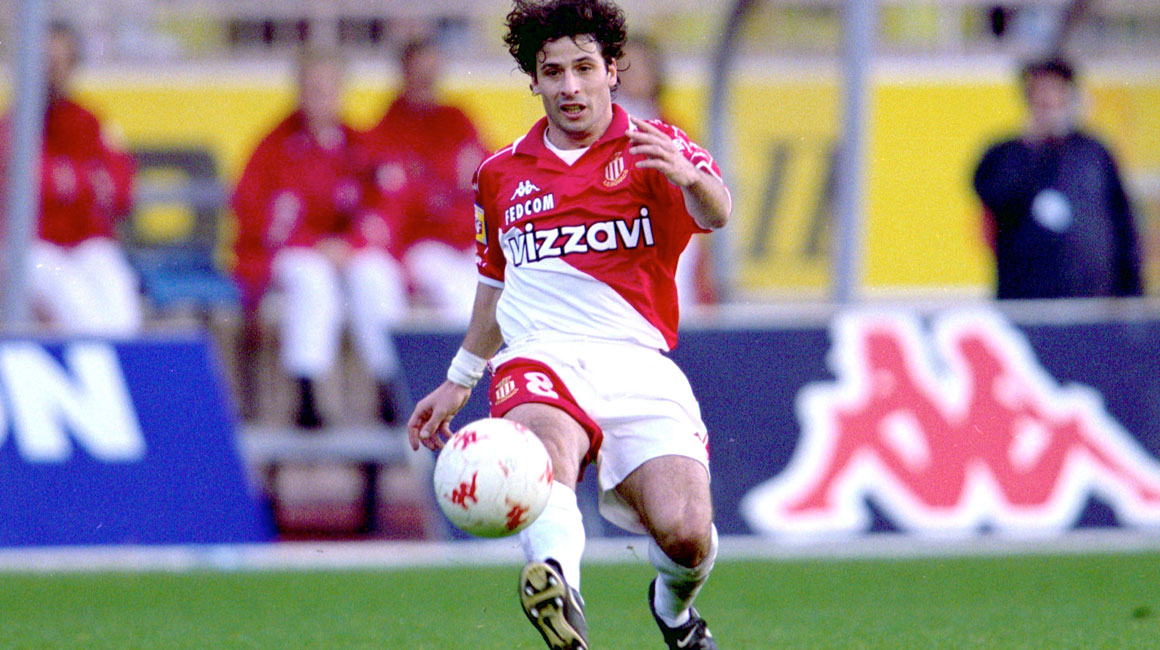 Decisive, hard-hitting, and a real acrobat, Ludovic Giuly is a player apart for AS Monaco, where with his talent, his will and his leadership he left an indelible mark, becoming an ambassador once his career ended. At the dawn of 1998, wearing for the evening the number “31” played his first minutes in red and white. Under the leadership of Jean Tigana, he delivered a splendid corner to the head of Martin Djetou. The defender does not let his chance pass and doubled the lead for the Red and Whites.

Ludovic Giuly was replaced in the 67th minute. Another young Rouge et Blanc player took his place: Thierry Henry. Montpellier had great difficulty in containing the attacks of AS Monaco. David Trezeguet, having already scored in the 33rd minute, added two late goals to allow his team to win easily. The Red and Whites then grabbed 2nd place, one point behind FC Metz, the leader at the end of the 24th matchday in Division 1.

From young debutant to captain

Installed in the starting eleven after this meeting, Ludovic Giuly played 12 matches during the second half of the 1997-1998 season. He scored his first goal on the final day against Girondins de Bordeaux (5-2 victory, 89th). Jean Tigana’s men finished 9 points  behind the champion, Lens. Between 1998 and 2004, Ludovic Giuly imposed himself on the team, to become one of the most important players then the emblematic captain of the 2004 European epic. 2000 French champion and 2003 League Cup winner, ” Ludo “also appeared in the Ligue 1 team of the year in 2003 and 2004 before joining FC Barcelona.