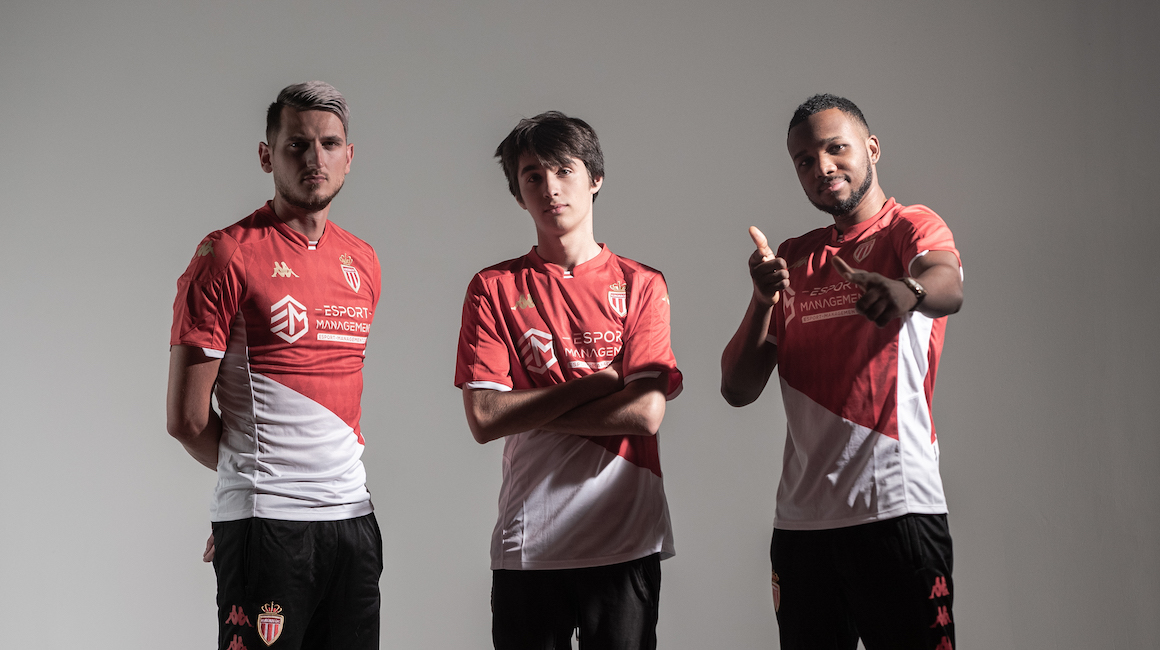 AS Monaco Esports is pleased to announce the launch of a new  « versus fighting » division, firmly establishing its presence in two new games: Street Fighter V and Dragon Ball FighterZ, as well as Super Smash Bros Ultimate.
Having a strong foothold in Smash Bros Ultimate through Vincent Goossens, aka Wines, AS Monaco Esports is continuing its development in the “versus fighting” genre by creating a dedicated division for this aspect of the sport. Two new games have been added up to the already existing ones: Street Fighter V and Dragon Ball FighterZ.

Nathan Massol, aka Mr. Crimson, will represent the team on Street Fighter V, while Marwan Berthe, aka Wawa, will wear the authentic Red and White colors in Dragon Ball FighterZ competitions.

Vins, after joining the club on Super Smash Bros Ultimate in 2018, will be looking ahead for the next season, striving for good results as he always has. In 2018, he finished in the Top 2 at the Dreamhack Tours, earned a Top 3 at the 2019’s Gamers Assembly and eventually an outstanding Top 3 at the 2019’s Brussels Challenge. Currently he is on the lookout to prove that, in addition to being largely recognized in Europe, he has the necessary qualities to lift international trophies.

At his side now is Mr.Crimson, who has played for several years on Street Fighter V. He has, through his results, come to be seen as one of the pillars of the European scene. Winner of the Cannes Winter Clash in 2016 and the GFinity Elite Series Season 2, he has recently shone by winning the LGX on SFV and Samurai Showdown, and by qualifying for the European finals at EGX, which will take place October 17 to 19, 2019.

Finally, Wawa on Dragon Ball FighterZ is the French revelation of this year on versus fighting. In 2019 he went on to place in the Top 3 at the Celtic Throwdown 2019 and VSFighting 2019. He also won the Stunfest 2019 and finished Top 16 at the Evo US 2019. Currently ranked in the top 10 worldwide, he intends to give everything to continue his progress and reach new heights with us.

After its launch on Fortnite, AS Monaco Esports continues its development by going further into the field of "versus fighting" by creating a dedicated division for this aspect of the sport. The signing of these three recognized players in three major "versus fighting" titles reinforces our presence on the Esports scene and shows our goal to be winning titles on the international stage.
Simon RémoussinEsports Manager AS Monaco Esports

For any media requests >>> media@asmonaco.com

Team Wissam Ben Yedder nominated for the TOTY 2020 on FIFA 12 January 2021, 16:58
See more articles
AS Monaco uses cookies on this website. With your agreement, we use them to access how this website is used (analytic cookies) and to adapt it to your needs and interests (customization cookies depend on your browsing and your browser). By continuing your browsing, you give us the permission to use them.
I accept Personalize