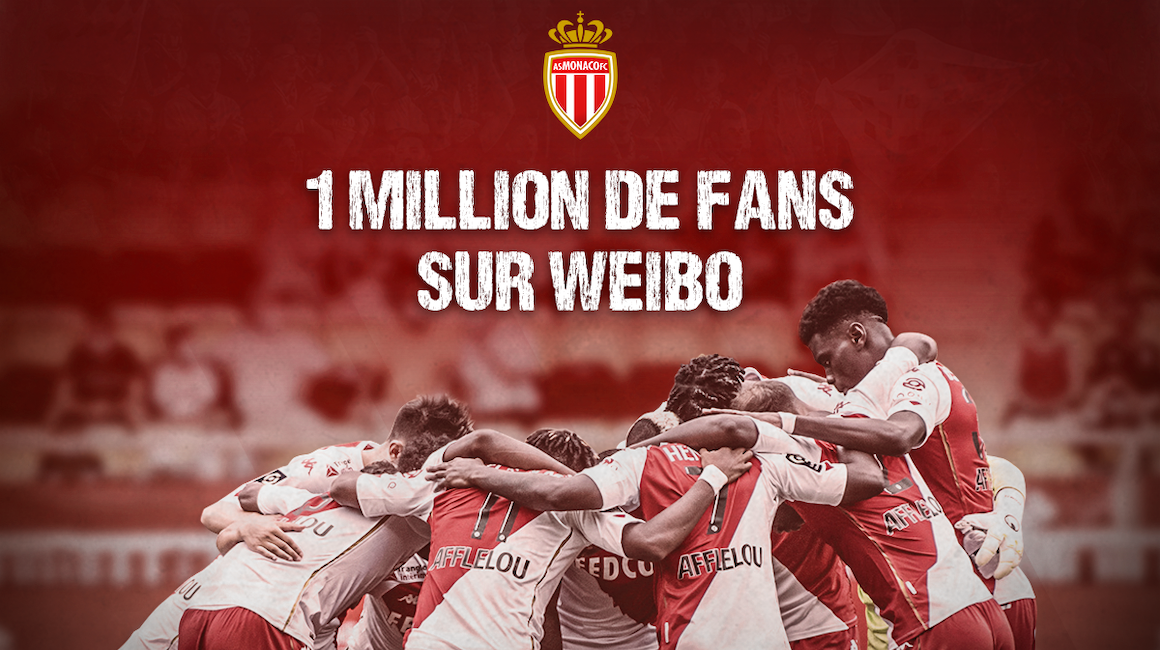 AS Monaco launches its social networks in China
01:03

10 million fans on social media!
Two years after joining Weibo in conjunction with the 2018 Trophée des Champions, the Principality club now has more than a million fans on the Chinese social network.

It is the number 1 social network in China with nearly 450 million active users to date. Launched in the summer of 2018, in conjunction with the 2018 Trophée des Champions against Paris Saint-Germain, Weibo continues to be a key component in the digital development of AS Monaco internationally. The Red and Whites have now reached one million fans on the Chinese social network, a cousin of Twitter.

This growth now sees the Principality club with more than 12.5 million fans around the world, across all networks. With over one million supporters, AS Monaco is the second most-followed French club on Weibo behind PSG, and places well among European clubs, ahead of AS Roma and RB Leipzig. But the institution’s digital presence in China does not end there, as the Red and Whites also have tens of thousands of fans on Dongqiudi, Toutiao and Douyin.

The first, also known as “All Football”, is aimed exclusively at football fans. The second is an app with over 350 million active users among fans, and while Douyin is the “mother application” of TikTok in China, the short video sharing app is also popular worldwide.

AS Monaco thanks all its fans around the world and especially today the million subscribers on Weibo.