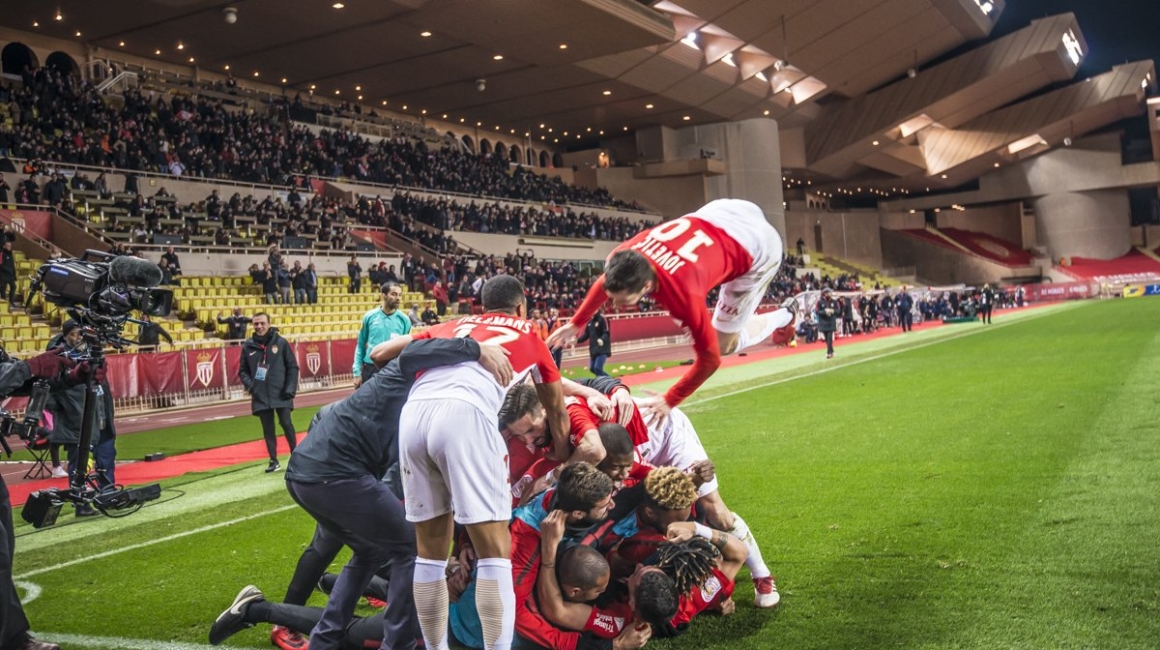 On February 4, 2018 at Stade Louis II, AS Monaco won three goals to two against Olympique Lyonnais, after an exceptional match. Flashback.

The stakes are high for both teams. AS Monaco may return to within one point of OM (2nd)with a win. The Lyonnais, they can take the third place of the Red and White if they manage to win.

In a choppy start to the match, the battle rages in the middle of the field and the spaces are closed very quickly. Via Mariano Diaz, OL opened the scoring in the 12th minute with a shot that fooled Subasic on his right side (0-1). Then a double penalty for the Red and Whites because the Croatian goalkeeper is forced to give up his place. Indeed, his thigh hit the pole during his intervention. Seydou Sy replaces him immediately.

Monegasque players have trouble getting organized at the beginning of the match. A quarter of an hour after the opening of the score (28 ‘), Bertrand Traore comes to double the lead for the Lyonnais on a cross from Memphis Depay (0-2).

While they think to be safe in this meeting, Keita Baldé gives hope to the Red and White. Author of a run alone on the right side, he overflows Aouar and resists Ndombele to finally deceive the Lyon keeper of a cross shot to the right (1-2).

Six minutes later, Kamil Glik gets a penalty. Radamel Falcao finishes it … after an initial save. His attempt was stopped by by A. Lopes, but the Colombian scorer followed well and finished with the left foot (2-2, 37 ‘).

This match then changes dimension. The Monegasques have erased their deficit in less than ten minutes. The four chances of this game have resulted in as many goals.

While the Red and Whites seem to take over this meeting, Keita Bladé receives two yellow cards in less than five minutes (41 ‘, 44’) and is sent back to the lockeroom. The half is whistled. A stunning first period finishes at 2-2.

The Lyonnais are up a man and kick off of this second half. Everything seems to be going wrong for AS Monaco as Radamel Falcao (55 ‘) holds his thigh after a left foot shot. He is forced to give his place to Stevan Jovetic: a new blow for the team

While the Red and White players do better than ten against eleven, they even manage to force Anthony Lopes to make saves. At first (69′) through Rony Lopes, a shot with his left foot. Then, a second time (7′) by Tielemans, which forces the Portuguese ‘keeper to fly to keep the ball out.

It was in the 88th minute that the Monegasque attack managed to break the Lyon defense in a crucial moment. Jovetic, returned to play, finds Rony Lopes who manages to beat A. Lopes from a low shot. A goal fully deserved for AS Monaco who has increased efforts throughout this meeting.

AS Monaco oomes back on OL after a crazy game. Down 0-2 and reduced to ten before the break, the Red and White have found the necessary resources to achieve the feat! The Monegasques confirm their third place and return to a point of Olympique de Marseille (2nd).