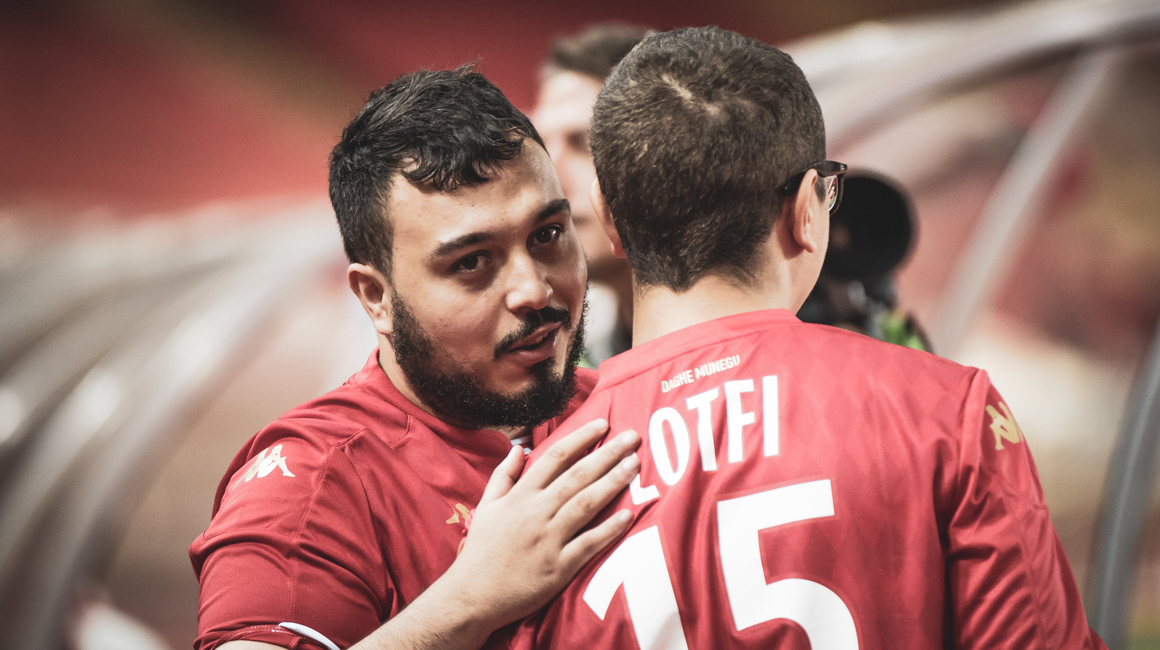 Lotfi and Usmakabyle started their eEuro 2020 qualifying in the best way! The two PES players from AS Monaco Esports delivered a flawless performance with the French eFoot Team.

On their debut in the competition, they could not have asked for better results! Lotfi and Usmakabyle started playing yesterday in the qualifying rounds of Euro 2020 and are well positioned to reach the finals in London next summer.

The newest Bleus played a flawless set of matches. After a tight first match against Belgium (4-3), Lotfi and Usmakabyle played against Cyprus (7-0), the Czech Republic (11-0), Croatia (6-1) and Armenia (8 -2). Thanks to the five victories by the two AS Monaco Esports players, France are first in its group, a win ahead of Croatia, who have won four games.