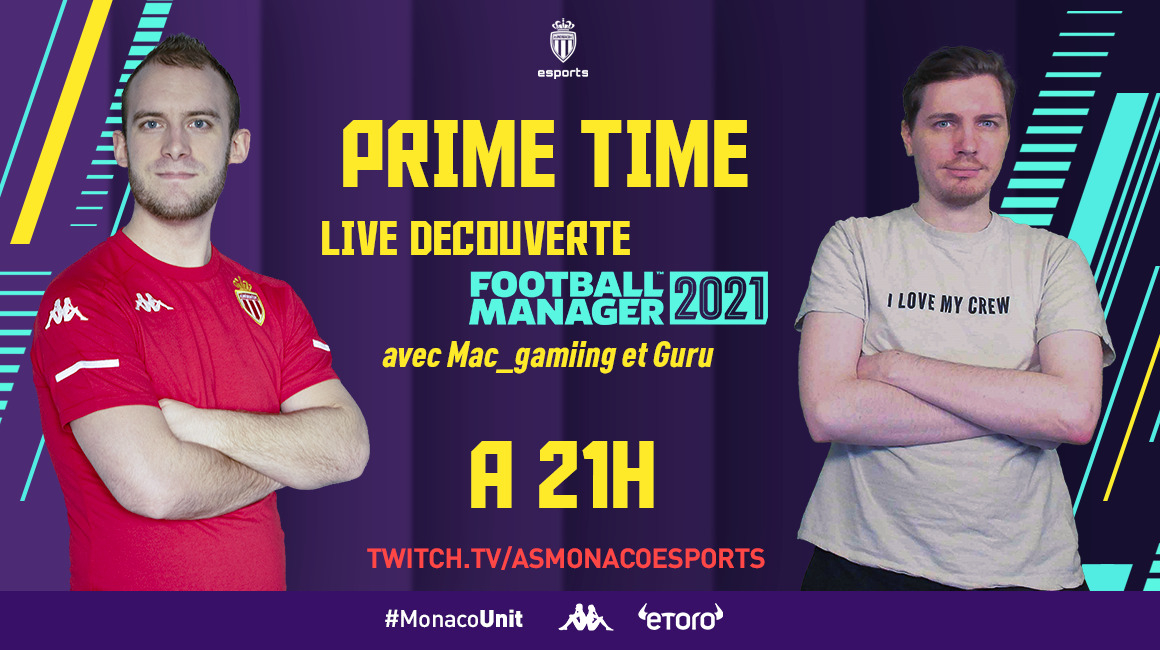 AS Monaco Esports is pleased to announce the arrival of a new ambassador, Mac_Gamiing , which you can find live on a weekly basis on the AS Monaco Esports Twitch channel . It will be streaming from this evening (9 p.m.), accompanied by Guru, as part of "Prime Time".

What can you find in common between November 10, 2020 and Eduardo Camavinga? Probably plenty – but even if not, Sports Interactive chose to launch the beta version of Football Manager 2021 last Tuesday, the birthday of the Stade Rennais defensive midfielder, who should once again be one of the game’s top players, just like the many young prospects from the Rouge et Blanc Academy.

Specialist in football management games since the turn of the century

With the launch of the game’s beta now complete (FM 21 will be officially released on November 24), AS Monaco Esports is pleased to announce the arrival of Nicolas Martin, known by the nickname Mac_Gamiing,as Ambassador. An FM player since 2006, Nicolas has been active in management games for much longer since he started in the early 2000s on the game Roger Lemerre: The Selection of Champions. “Even if I am more of a PES and FIFA player at heart, I fell in love with Football Manager from FM 2014 onwards, says Mac_Gamiing. I wanted through this game to offer myself better football knowledge. got hooked quickly and now I spend my life on it “. So much so that what he prefers in the game, namely “the tactical aspect” and “finding the best prospects,” has become his profession for four years through his Twitch channel in particular on which he goes live regularly.

Mac_Gamiing: To see how Football Manager has progressed in the eyes of everyone over the last few years is incredible. I am very happy to join AS Monaco Esports. We can clearly speak of a dream because we must not forget that it is not necessarily a video game at its core which is perhaps something it offers in addition to PES and FIFA. I thank Simon (Rémoussin) and Marion (Strobel) who have trusted in me and I hope that we will go far in this adventure in order to growthe club’s Esports Twitch channel. It will be really mutually beneficial between us, we will try to grow together. “

Simon Rémoussin (Head of Monaco Esports) : “We are delighted to welcome ‘Mac_Gamiing’ to the AS Monaco Esports roster of ambassadors. Football Manager is THE benchmark for football simulation games and football lovers. It is therefore natural, with the support of Nicolas, that we wanted to provide FM streams for our fans on our Twitch channel. “

Mac_Gamiing and Guru live on Twitch from 21:00 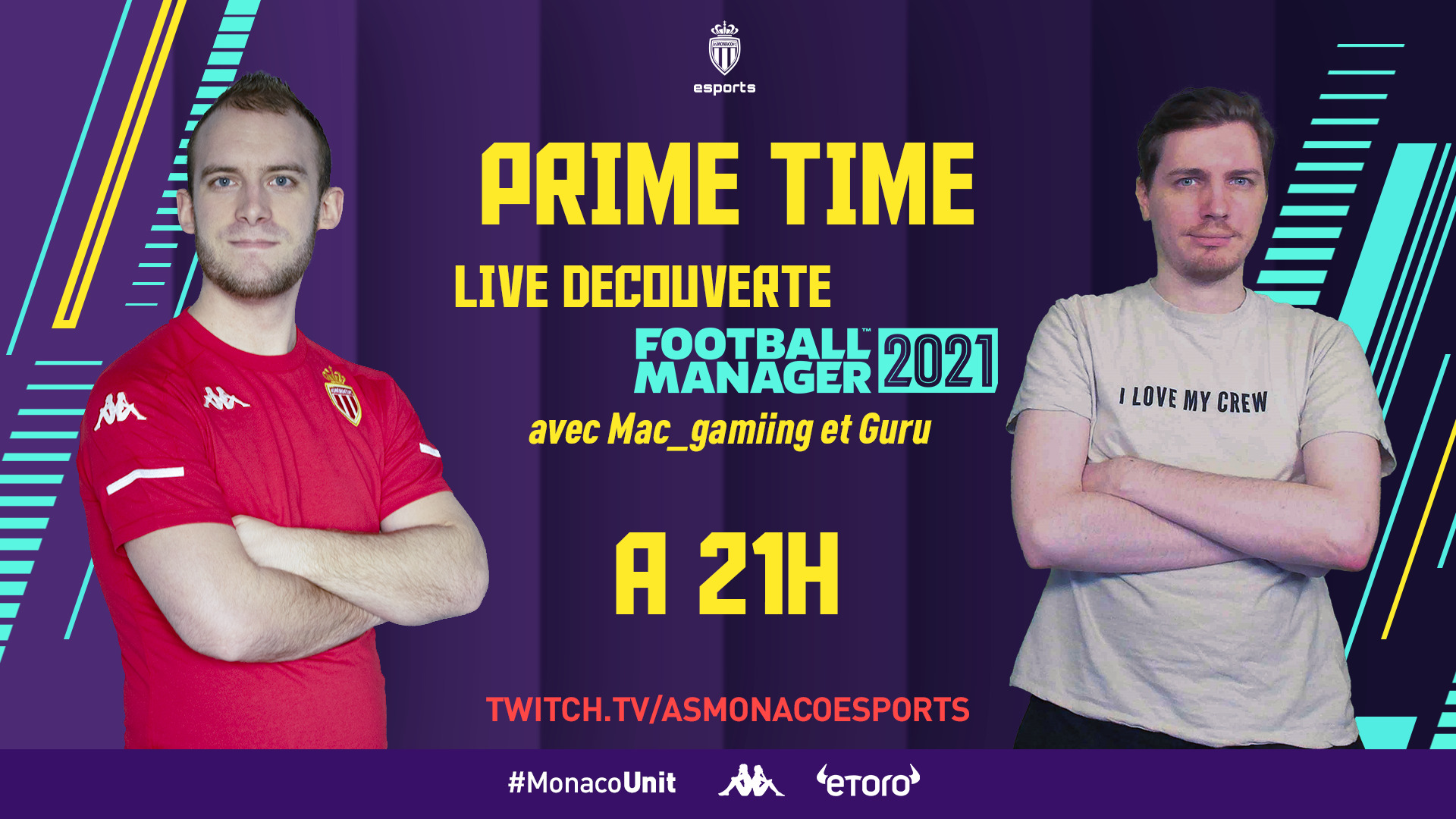 OnPrime Time, Mac_Gamiing a will welcome this evening Olivier Galle, who games as Guru, an ambassador of FM France and a fan of AS Monaco, for a live show dedicated entirely to Football Manager 2021. It’s a first live show  that will be followed by  others, because Mac_Gamiing will be on air once a week on our Twitch channel.

The two players can be followed live from 21:00 onAS Monaco’s Twitch channel, with perhaps the opportunity to discover a cheat code…