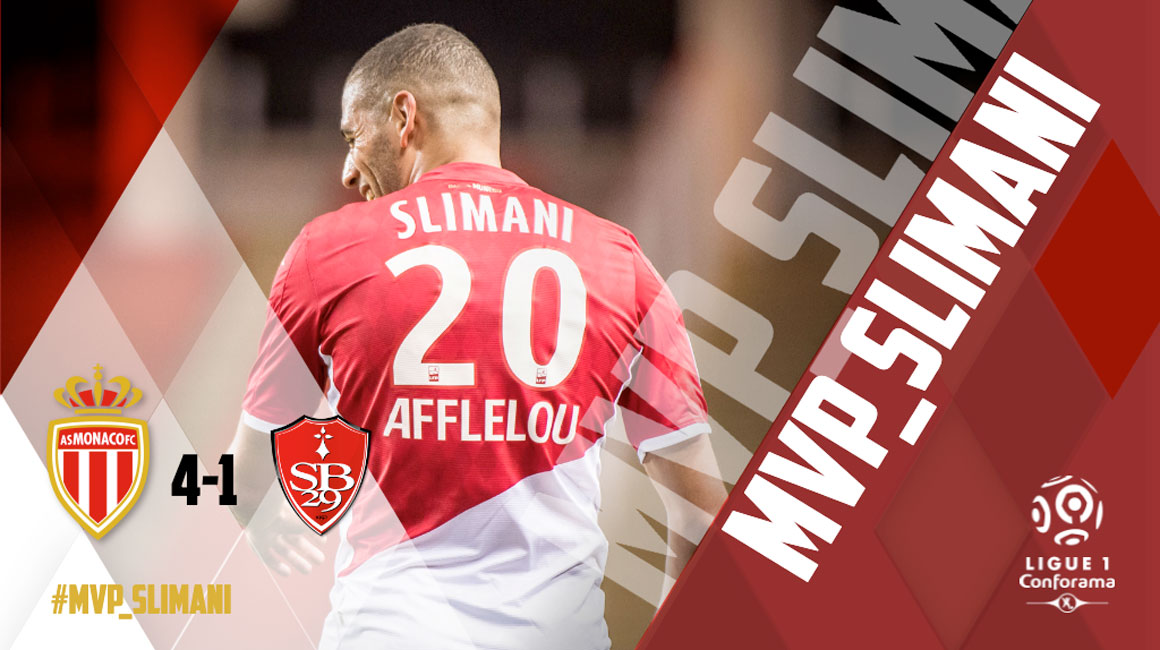 Slimani elected MVP by the users of the app

Islam Slimani fills the scoresheet
After his great match against Brest, Islam Slimani has been elected man of the match by the users of AS Monaco App.

Islam Slimani has made a strong start to the 2019/2020 season. Against Brest the current assist leader of Ligue 1 delivered three decisive passes (now five in total) and scored his fourth goal since his arrival at AS Monaco!

The Algerian international striker finishes ahead of Wissam Ben Yedder and Aleksandr Golovin in this eighth MVP vote of the season on the AS Monaco App. This is the second time that Islam Slimani has been elected MVP. A double and a legendary bit of skill in Strasbourg had already won the hearts of the red and white fans.

Join us Saturday night at the end of the match against Montpellier to elect his successor, but today to vote for the MVP of the month of September. The AS Monaco App is available on Play Store and Apple Store.