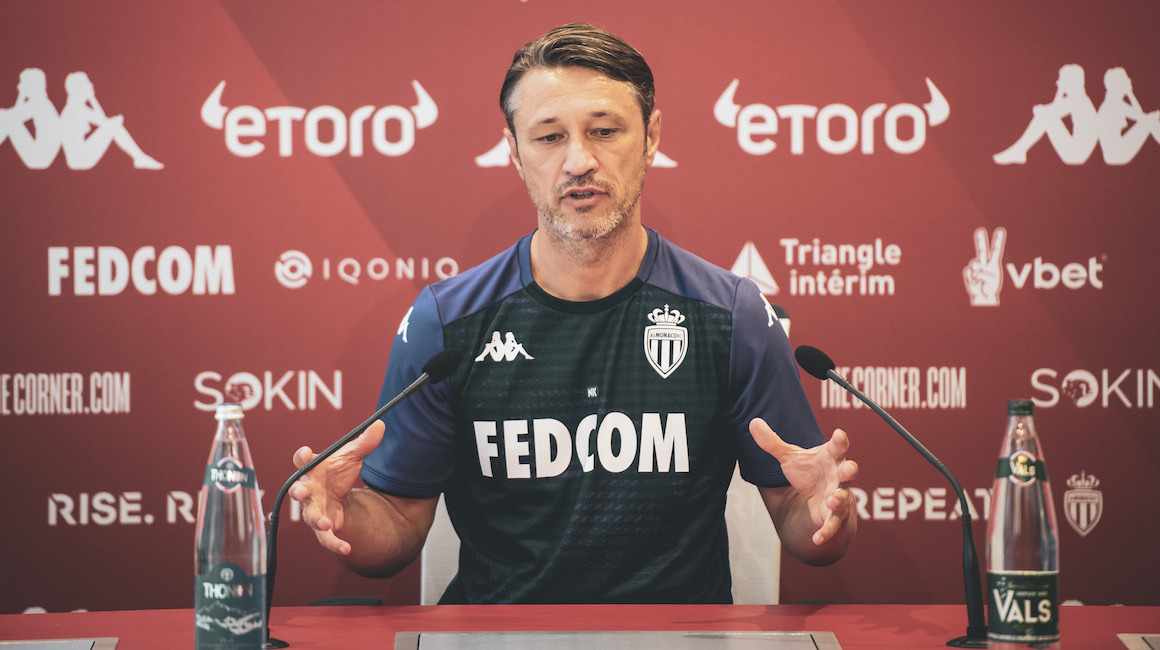 Quiz : les compos de Monaco-Marse...lors de la folle saison 2003-2004
Before a visit from Olympique de Marseille this Saturday at the Stade Louis-II (9 p.m.) on the 5th Matchday of Ligue 1, Niko Kovac spoke at a press conference.

The time to resume competition has come for AS Monaco. This Saturday, Ligue 1  returns with a visit from Olympique de Marseille, in one of the big matches of the 5th round. Before this duel between two teams playing in Europe, Niko Kovac spoke of his desire to start up again with a victory following the international break.

All games are important. After the break, it's always difficult to resume competition. Playing against OM, a great team that had a successful start to the season, will give us the opportunity to be focused from the start.
Niko Kovac Manager, AS Monaco

All games are important. After the break, it’s always difficult to resume competition. Playing against OM, a great team that had a successful start to the season, will give us the opportunity to be focused from the start. The important thing is to start off with a victory. It will be difficult for us to dominate over the 90 minutes, as we have sometimes done in our previous matches, because Marseille are at the same level as us. It will be a very intense game, spectacular for the fans to see, and that’s what I love about it. Everything is in order for a thrilling match.

OM’s start to the season under Jorge Sampaoli

OM has always been one of the best teams in the French leagye. For me, Marseille are one of the favorites for the podium. We saw their progress between last season and this one. They play aggressively and at a high pace, pressing as high as they can, they never give up and they score a lot in the last quarter of an hour which shows they are well-conditioned physically. I do not know their coach personally but I have followed his career, especially with Chile and Argentina. He is a South American coach, who is positive, with a lot of character, who expresses himself. I am also like that.

He played all three games. Against Ukraine, he had a very good performance, especially in a team as strong as France, which is the reigning world champion. He knows that he will now be watched more and that he will have to raise his level of play. I am very happy for him and I think that Didier Deschamps has also seen his qualities. There are a lot of options for France in midfield but I think he deserves to be selected for the next matches.

A Ligue 1 with a more attacking style than last season

When I arrived last year, I said that the quality of the players was very good and that it allowed us to play in a more attacking style. I was sometimes surprised by the perception that the league was a little too defensive. During the Euro,s everyone saw that Italy was playing more offensively than before. This is proof that you can defend well and attack well too. I don’t know if this is the only explanation for the increase in the number of goals in Ligue 1, but it might be. French training is a training full of excellence. These very good players are now able to show their offensive qualities. Football is also becoming more aggressive. For example, Marseille try to press, creating errors for the opposition and playing high up the pitch, by not backing down. This is perhaps another reason that factors into the increase in the number of goals.