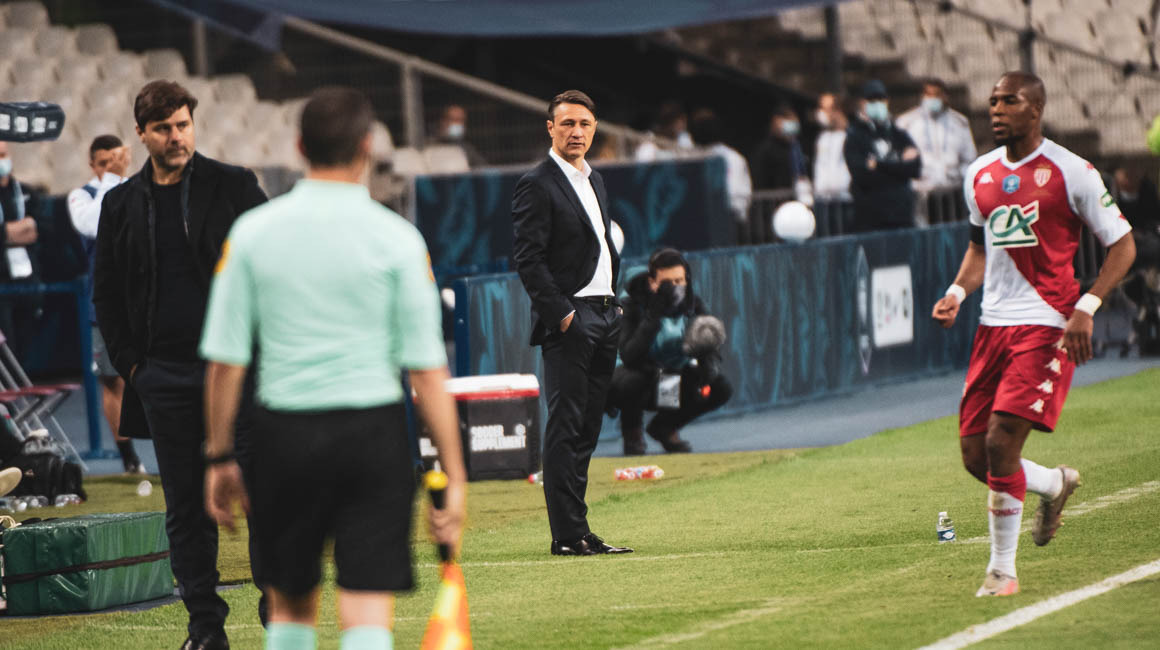 Two days before the last match of the season in Lens (Sunday, 9 p.m.), as part of the 38th matchday in Ligue 1, the Monegasque manager spoke of the challenge of getting the all-important third place and a place in the Champions League.

It’s now time to finish this season well, one which has already been magnificent for AS Monaco. With 77 points in the league before this last trip to Lens (Sunday 9 p.m.) and having played in the Coupe de France final, we can say that Niko Kovac and his men have largely exceeded the objectives set at the start of the season. They have even created an expectation among the Rouge et Blanc supporters, who now dream, like the teammates of Wissam Ben Yedder, of rediscovering the Champions League next season. So it was with this crucial issue in mind, but with a big smile in spite of everything, that the Monaco coach spoke to the press ahead of the last match of the season, against RC Lens. 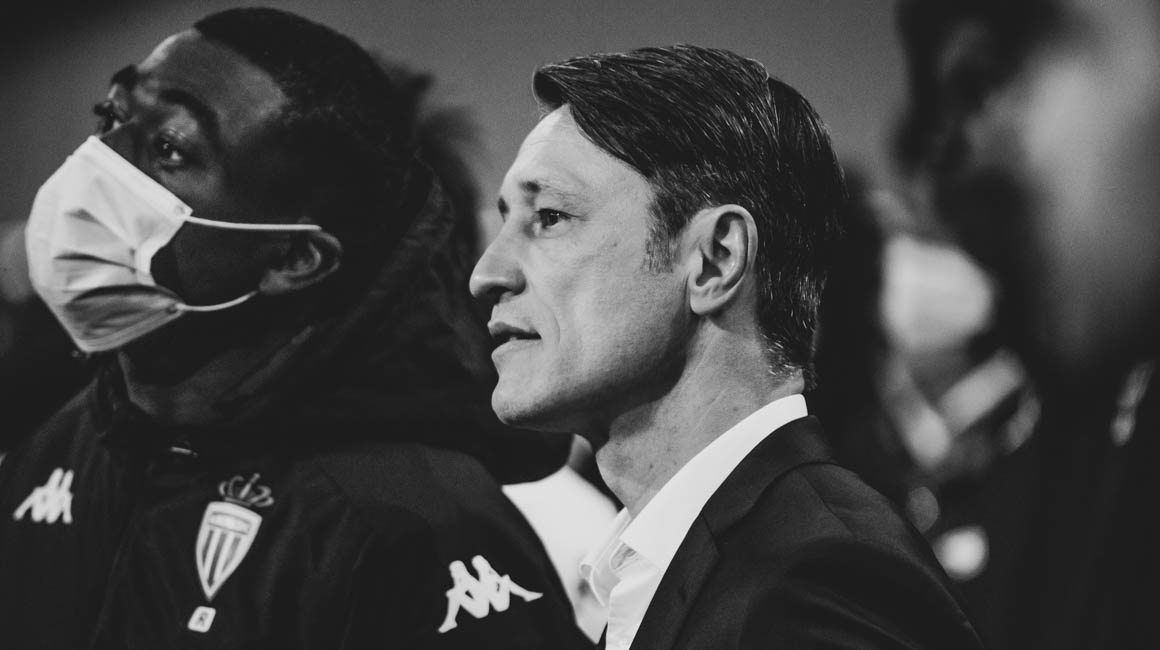 I said we have had a great season so far. Nobody expected to see AS Monaco at this level of play and so high in the table at the start of the year. The aggressiveness, the intensity, the goals we scored… We have been one of the best teams in Europe in 2021, and I think we can be proud of that
Niko KovacManager, AS Monaco

Hello Niko. Are you afraid that the defeat in the Coupe de France final will have a psychological or physical impact on your players?

No. We are obviously all disappointed to have lost this final. But already yesterday I saw a lot of smiles in training. This morning again, I saw that everything is going well in the squad, and I’m sure we will win this other “final.”

It is important for you to finish the season well…

I said we have had a great season so far. Nobody expected to see AS Monaco at this level of play and so high in the table at the start of the year. The aggressiveness, the intensity, the goals we scored… We have been one of the best teams in Europe in 2021, and I think we can be proud of that. But we are competitors and we still want to win the last game of this great season. We can make things even better.

There is still a slim chance that you will be champions. Do you still believe in the title?

It would be a great miracle (smiles). More seriously I think that Lille and PSG will fight for this title and we will fight for third place. I think LOSC are way too strong defensively to concede so many goals, and likewise Lens. For the moment, Lille have the cards in their hand. It’s not easy, but I think they will hold on.

Would you understand that the supporters are disappointed if we don’t finish in third place?

Yes and no. If you look at where we came from I would tend to say no. The team, the staff and I know where we started from. Even if we play in the Europa League, it will always be better than last season. 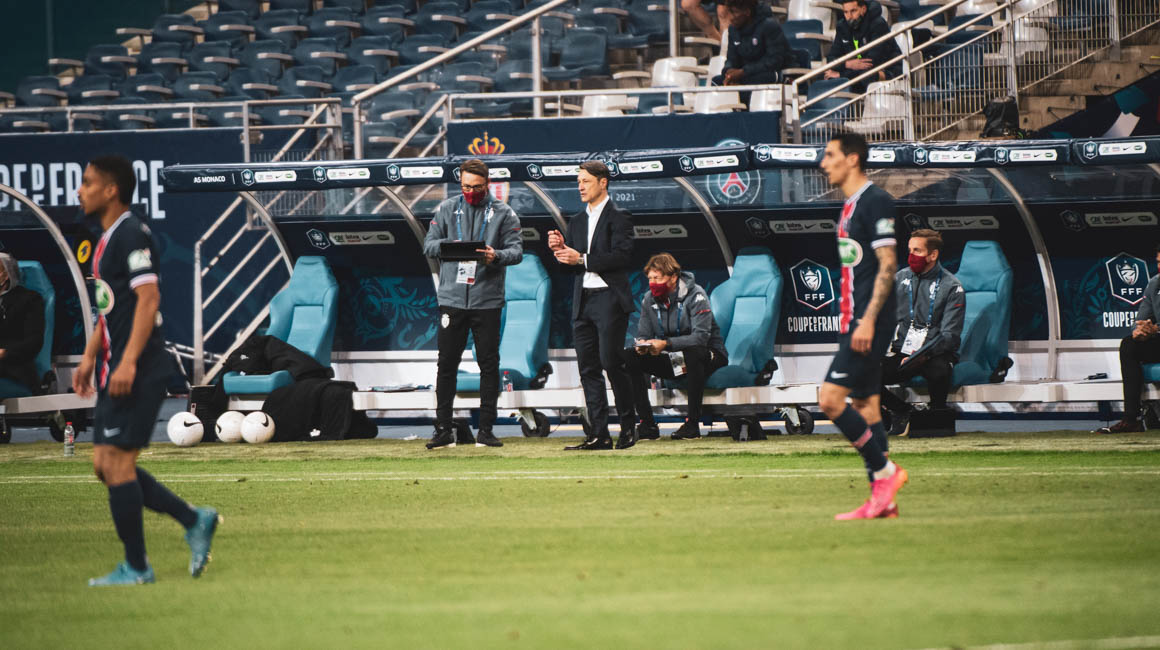 We have to do our job. It wouldn't make sense to watch what other people are doing. I want to focus on my game and my players and do my job so that we win. If we do our job, everything will be fine.
Niko KovacManager, AS Monaco

How is Sofiane Diop feeling? Will he be ready to face Lens?

I saw Sofiane improve day by day in training. Until yesterday I was not very confident. Sometimes he is good, and sometimes he is not. He’s very important to us, but he has to be 100% physically to be able to play. It would not make sense to play him if he is not in full possession of his means.

How do you judge Stevan Jovetić’s comeback in the final, and could he start?

Jove ’was injured for three weeks. He made a good appearance and for me he can play, obviously. Wissam had a minor muscle issue, he took a knock, but I think he can still play. We will have to assess the situation. Stevan will be able to play more than Wednesday anyway.

You will have to be mentally strong against Lens…

Lens have done a very good job this season as a promoted side. They’ve showed great things especially against the top teams, with very aggressive play. They will certainly be in Europe next season, at least that is their ambition. I remember that in their history they have had some fine European campaigns, they have an extraordinary set of supporters, so I think it will be a very difficult match against a very good team.

How would qualifying for the Champions League change the team’s preparation for the next season?

Yes of course, when you are playing in the Champions League you are attractive to a lot of players. It’s more difficult if you play in the Europa League. But there are also the possible playoffs for the Champions Legaue, so obviously that has an impact as well. Let’s see what happens on Sunday.

We had big ambitions and we achieved them. My team has shown great quality throughout the season and I am proud of it. Ligue 1 is really challenging, it is one of the top five European leagues. There are also 38 rounds, so it's not easy. We also have a lot of international players, players who are going to go to the Euros and maybe even to the Olympics. It’s a sign that we’ve done really well this season.
Niko KovacManager, AS Monaco

What is your assessment of this season and of Ligue 1 more generally, before the last match?

As I said before, we started the season by wanting to bring AS Monaco back into Europe. It was a big ambition and we did it. My team has shown great quality throughout the season and I am proud of it. Ligue 1 is really challenging, it is one of the top five European leagues. There are also 38 rounds, so it’s not easy.

We also have a lot of international players, players who are going to go to the Euros and maybe even to the Olympics. It’s a sign that we’ve done really well this season. I love Ligue 1, the supporters are great in in France, and I hope we can see them in the stands next season.

What can you tell us about the progress of young players like Youssouf Fofana, called up to play with Les Espoirs for the U-21 Euros?

I am happy for him. Youssouf started the season well, he has progressed well throughout the season and I think he deserves this selection for the Euros. When you see the level of that list, it’s a sign that he’s had a great season. Aurélien and Benoît will also be with him and have had very good seasons. It is a source of pride to see them play for their country, not only for them, but also for AS Monaco. 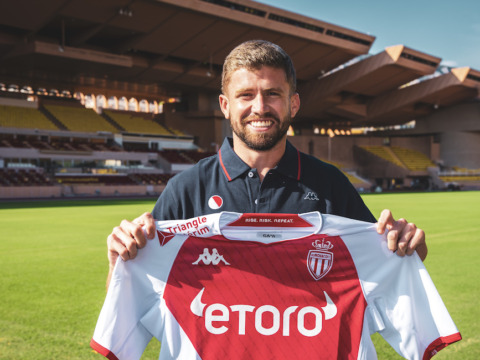 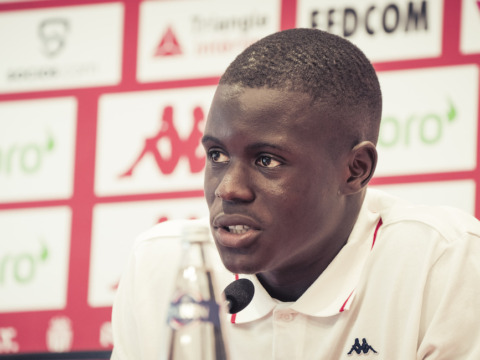