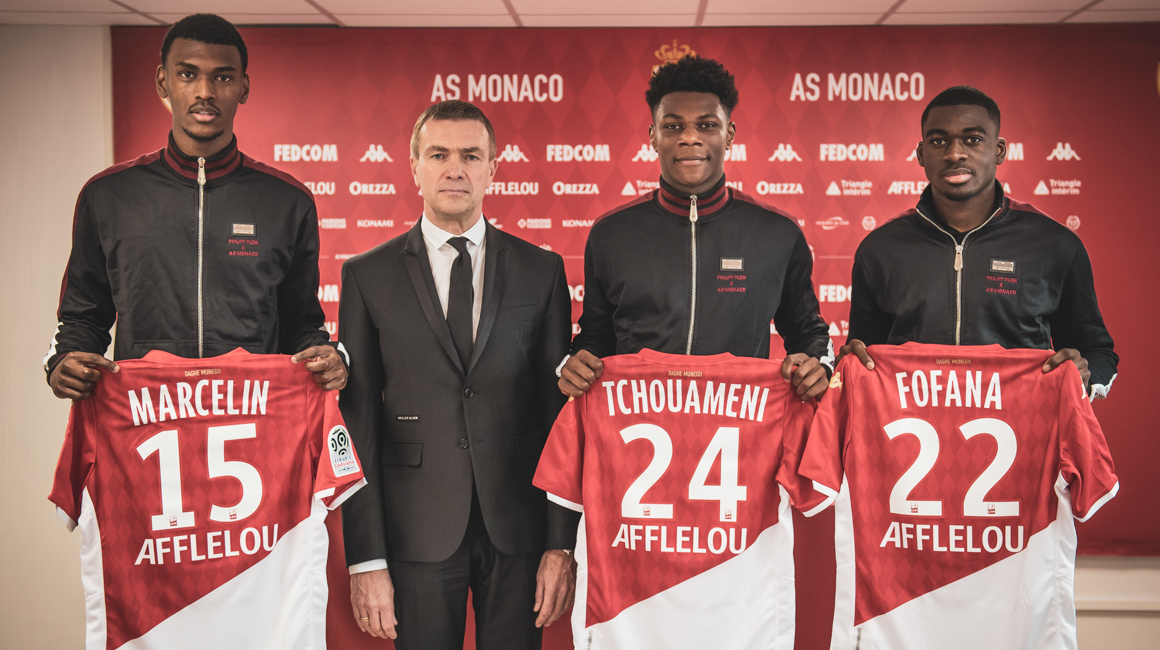 A look back at the presentation of the three new recruits for AS Monaco: Aurélien Tchouaméni, Youssouf Fofana and Harisson Marcelin, who appeared alongside Oleg Petrov, Vice-President and Director General of AS Monaco.

Oleg Petrov presented the three recruits of the winter transfer window this afternoon; Youssouf Fofana, Aurélien Tchouaméni and Harisson Marcelin. The Vice-President of AS Monaco also answered questions from journalists present at La Turbie. Here are extracts from this press conference.

Youssouf Fofana, Aurélien Tchouaméni and Harisson Marcelin are young and talented players. We have been following them for many years and recruited them with the future in mind. I am sure they will be of great help to the team.
Oleg PetrovVice-President/Director General, AS Monaco
I watch the training: the staff sets up a very professional atmosphere and gives their all; their communication with the players is good. The beginning has not been easy but it is necessary to leave a little time so that things fall into place. We also didn’t always have luck with us, as in the last match against Nîmes with two red cards, despite a good start to the match. The matches against Paris were good, and against Reims too. This period is not easy but I believe that things will soon change.
Oleg PetrovVice-President/Director General, AS Monaco
"This (Gelson's) behavior is neither acceptable nor forgivable. He's going to have a sanction from the club; I've already informed him of that. He apologized in person to the referee and then on social media. Gelson knows he did something wrong. I also know that he had a difficult week, but in no case can this excuse his gesture. I'm going to make sure it can't happen again. "
Oleg PetrovVice-President/Director General, AS Monaco
I gave my opinion on VAR (after the match, Saturday) because the figures show that the decisions taken are mostly unfavorable to the club. I simply asked that the team be officiated fairly.
Oleg PetrovVice-President/Director General, AS Monaco 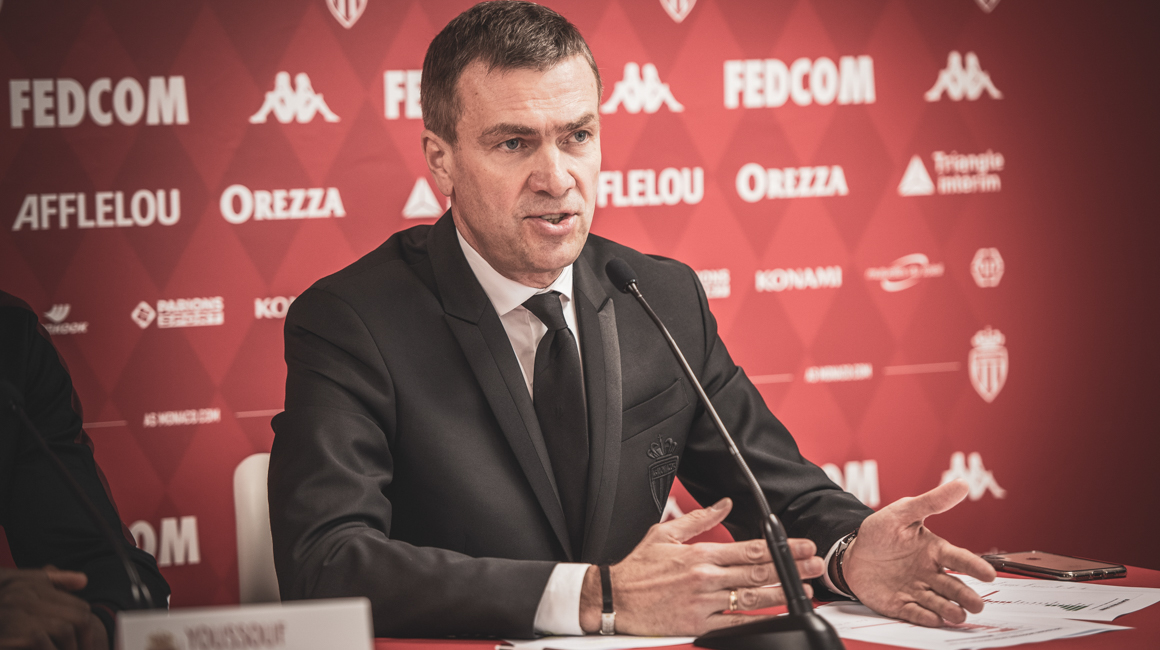 Youssouf Fofana, Aurélien Tchouaméni and Harisson Marcelin answered the journalists’ questions, all three showing great determination at the start of their Monegasque experience.

The team has welcomed me and I feel comfortable. It is often said that football has only one language, so we understood each other quickly. During the discussions I had with the Vice-President and the coach, we spoke about the objectives of AS Monaco, which were in line with mine. So I decided to join AS Monaco this winter.
Youssouf Fofana
A gamble? Yes and no. I have always been in Bordeaux, since I was 11 years old. When I heard the first rumours, I immediately felt the urge to join the club and continue to progress here. It’s a new step to sign for AS Monaco. The situation is not easy, but it is up to us to work and deliver good performances to go up the table quickly. My style of play? I try to be a link between attack and defense thanks to my "box to box" profile and my technical quality.
Aurélien Tchouaméni
I had various offers this winter, but playing in the French championship seemed to me the best choice. The management had a convincing and attractive pitch. I’ve spent many years at AJ Auxerre but I felt it was time to prove what I was capable of by coming here to AS Monaco. The coach trusts me, it's up to me to work hard to make a place for myself in the squad. I like competition. You have to fight and give yourself the means to succeed, and I will do it. The experience I can have here will bring me a lot.
Harisson Marcelin 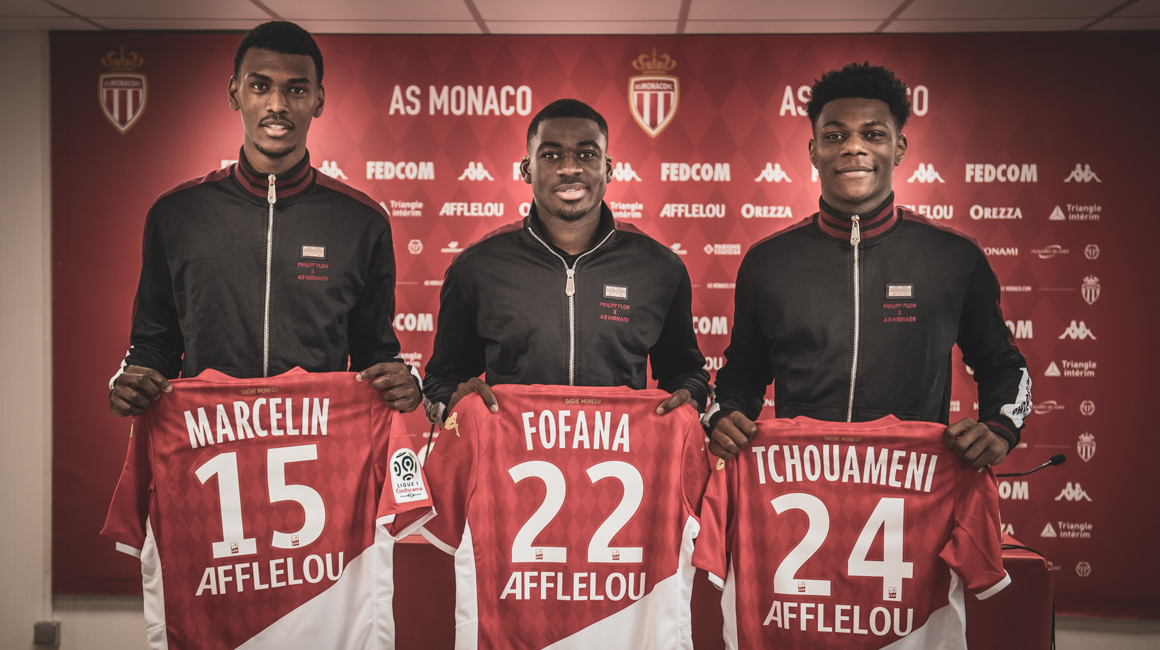 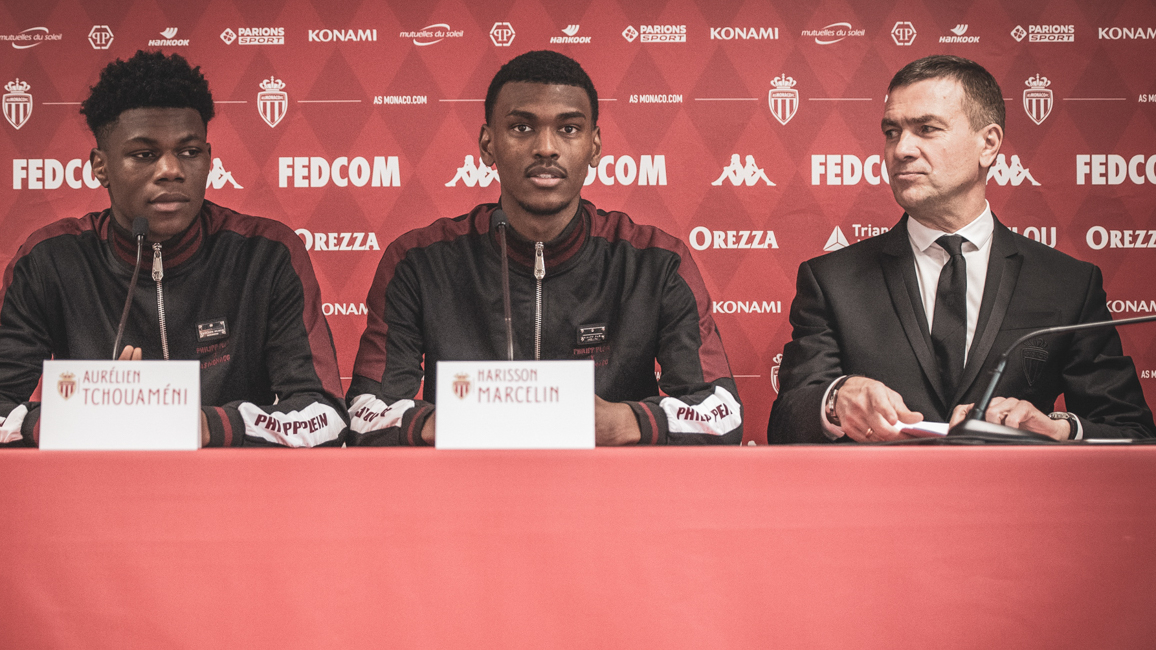 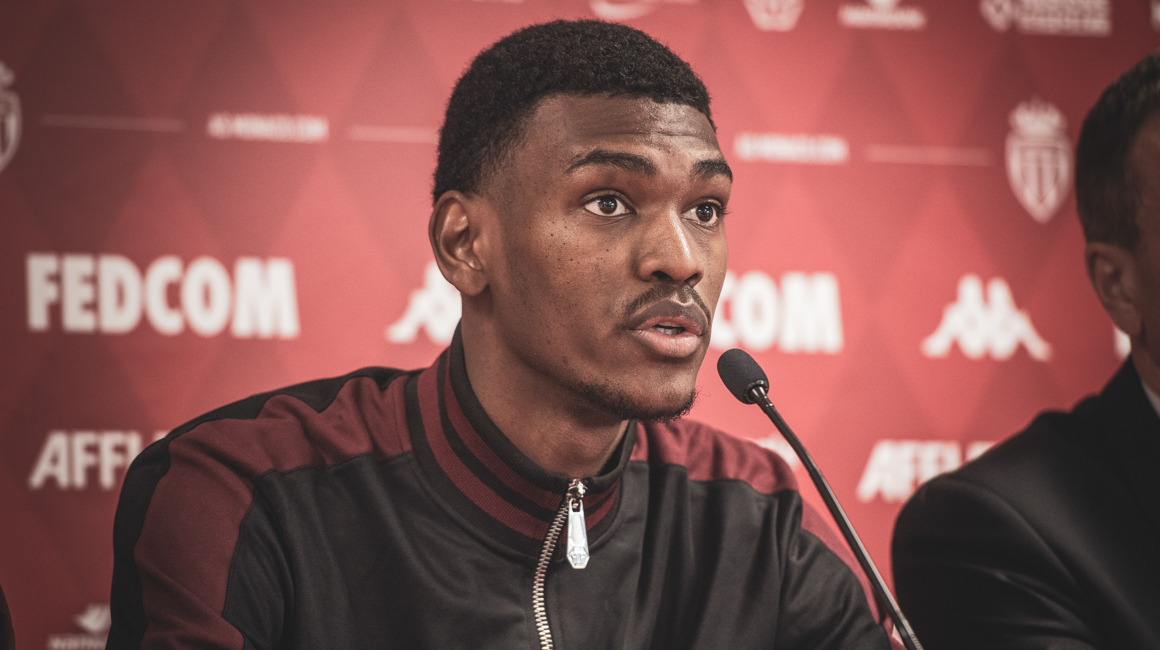 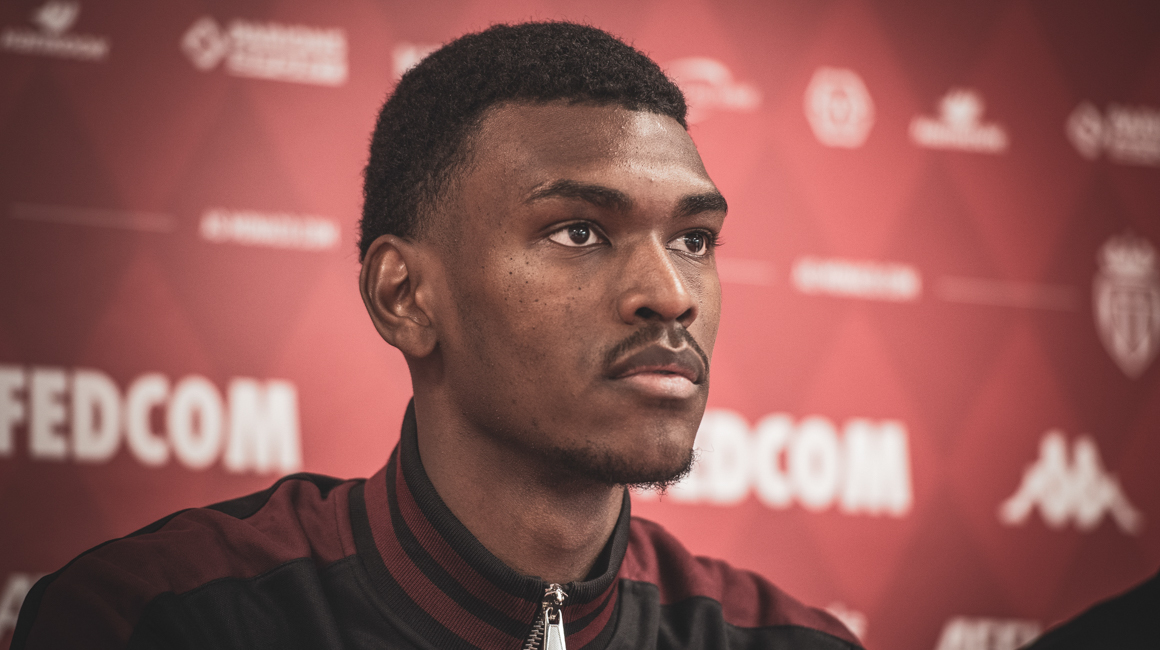 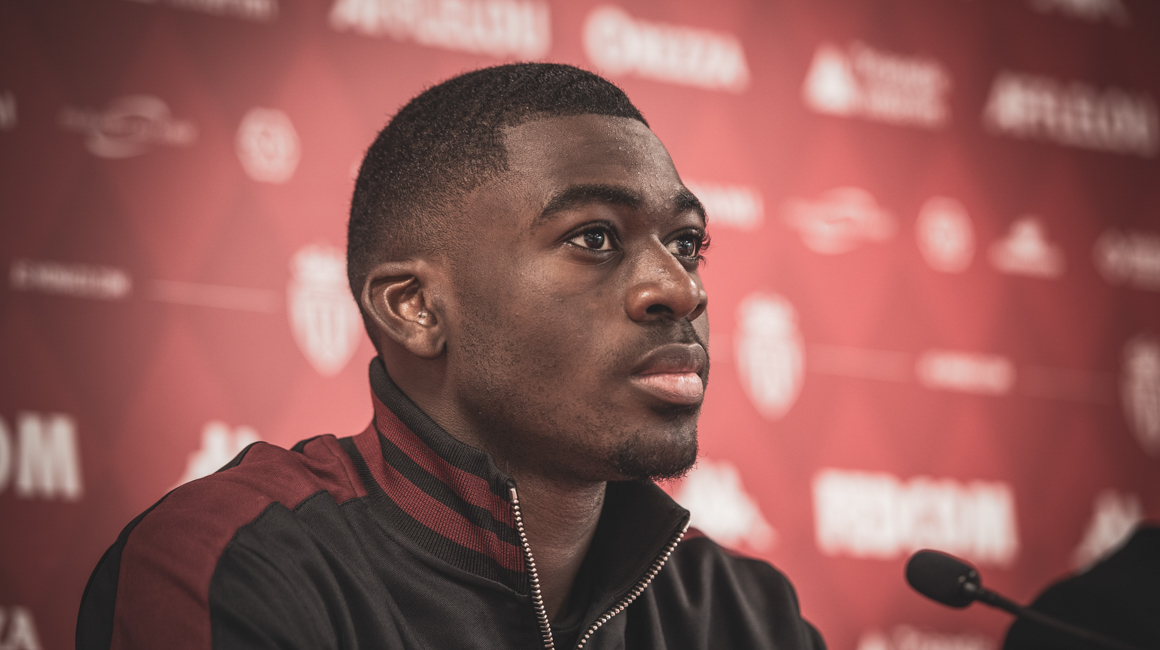 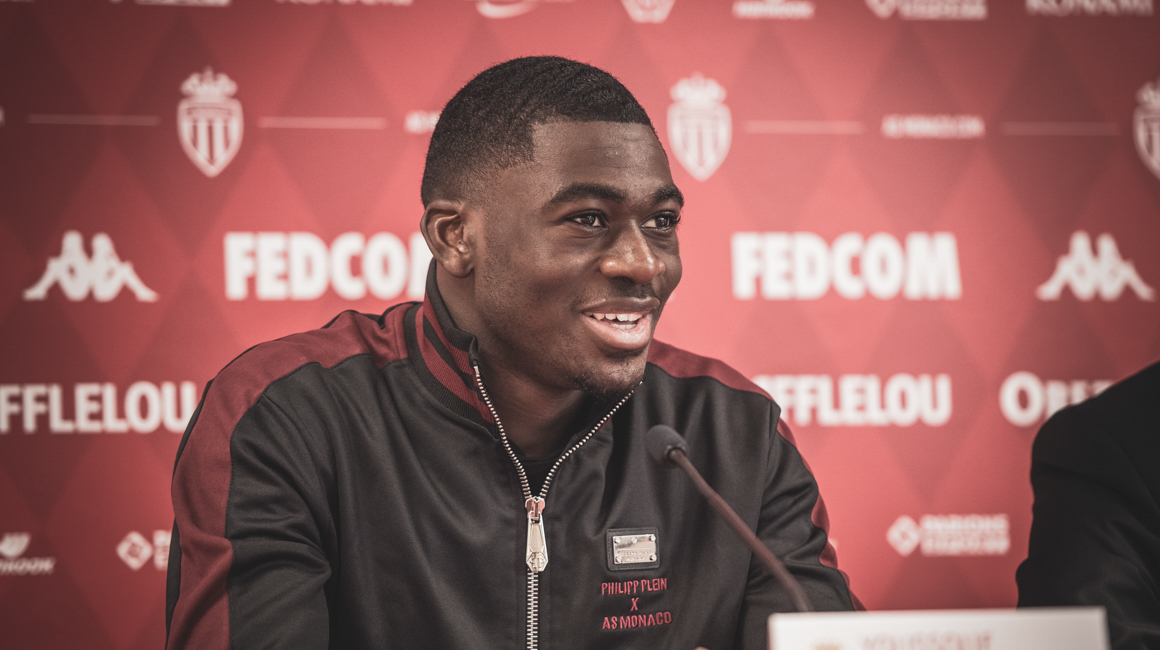 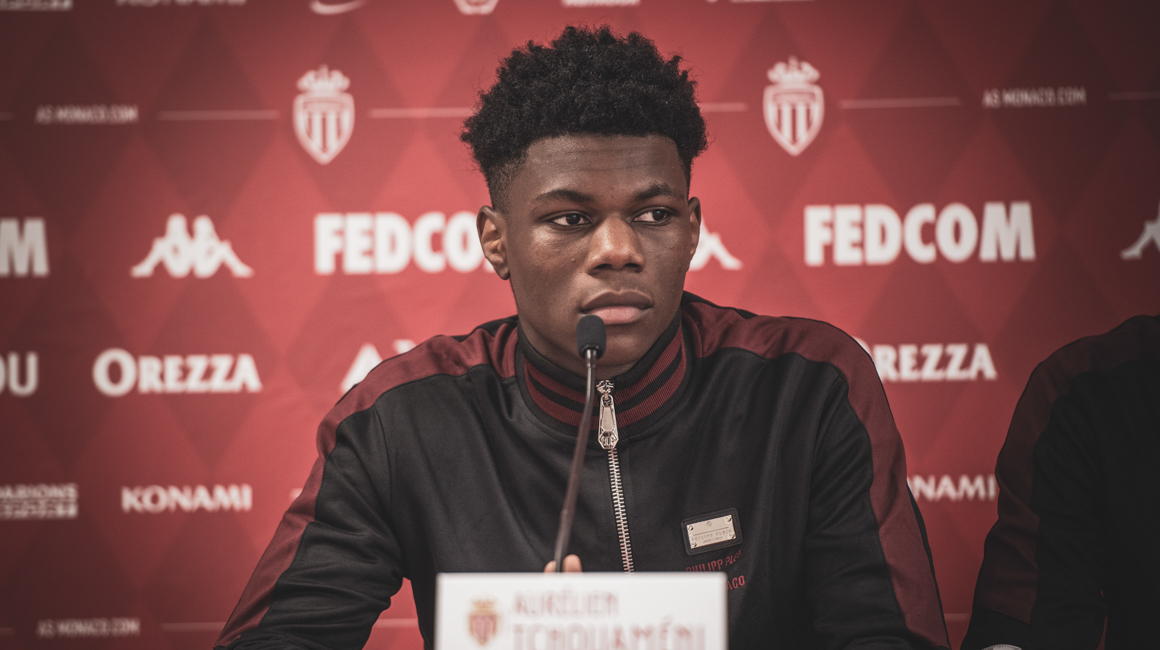 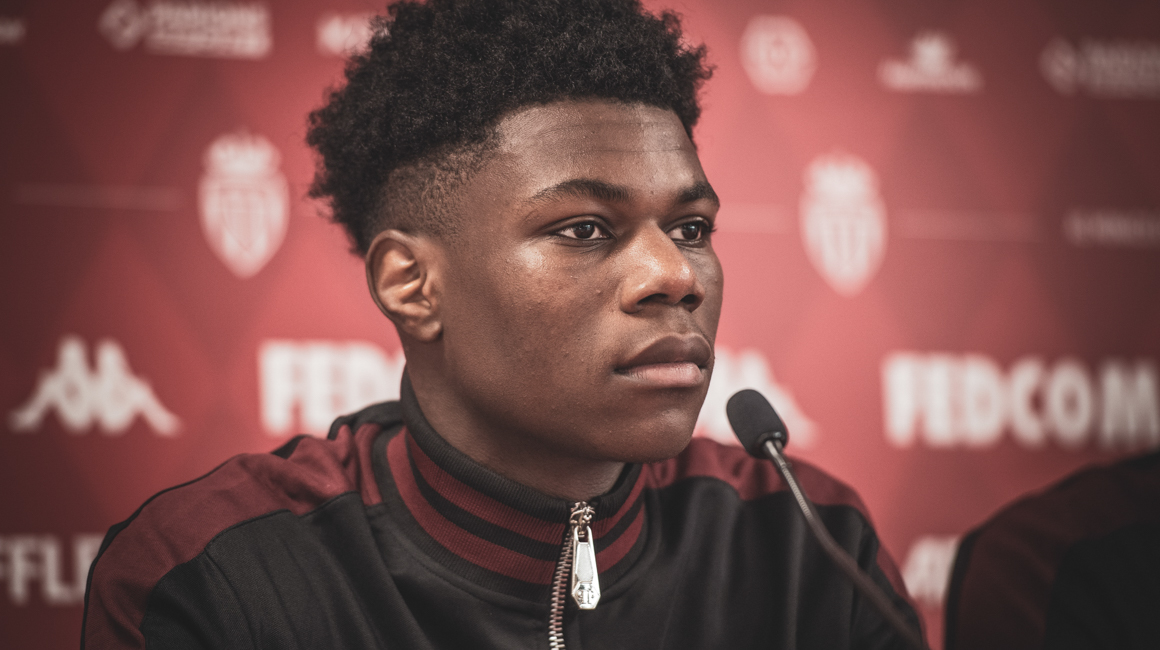