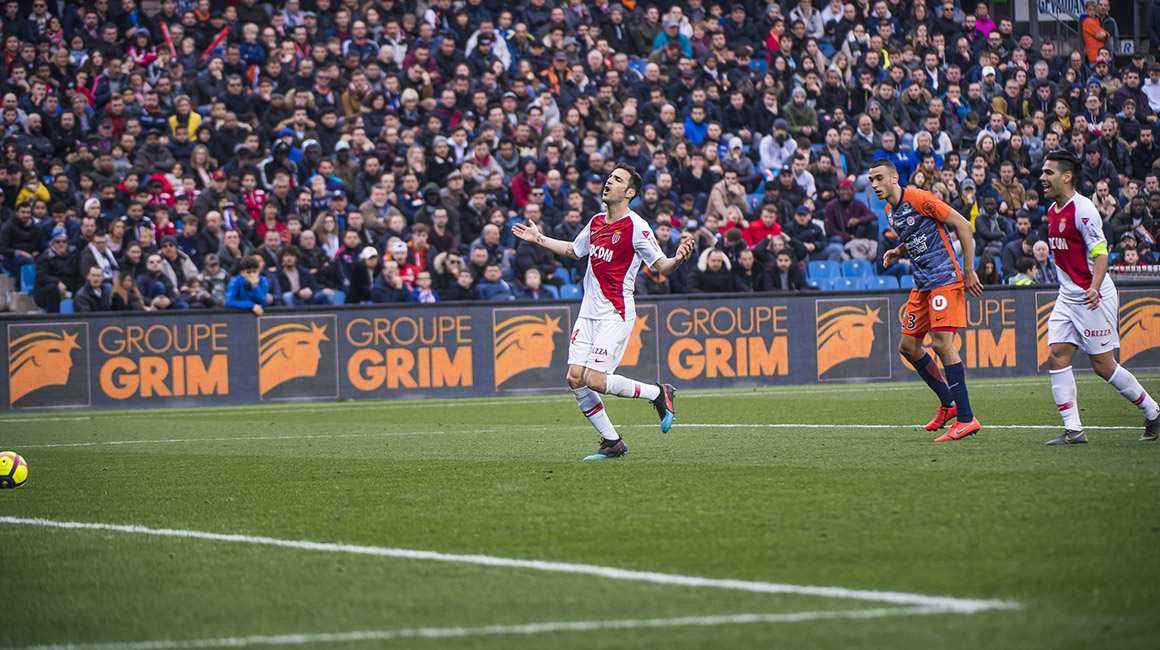 After leading twice, AS Monaco was finally forced to draw 2-2 in Montpellier. There are several contentious decisions.

One point, but only regrets. After twice leading, the Red & Whites had to settle for a late penalty. There were several questionable decisions.

On the first Montpellier equalizer: Golovin was injured and off of the field for several minutes, getting medical help, but the game was not stopped. His teammates played without him during this time and conceded. We also note the expulsion of Leonardo Jardim, then even more severe of Jemerson late in the game, or the yellow card to Adrien Silva, while he had not even entered the game. On the equalizer penalty of Delort, Subasic came close to stopping his shot but the goal-line technology confirmed that the ball had passed the line.

On the positive sign, it was a great performance for Gelson Martins, who beautifully opened the score and the self-sacrifice of Falcao. Scoring his 77th goal under the colors of AS Monaco (on the day of his birthday), the Colombian is in the history of the club as the fourth-best scorer ever. In the standings, the Red & Whites remain in 18th place, 2 points from 16th place.