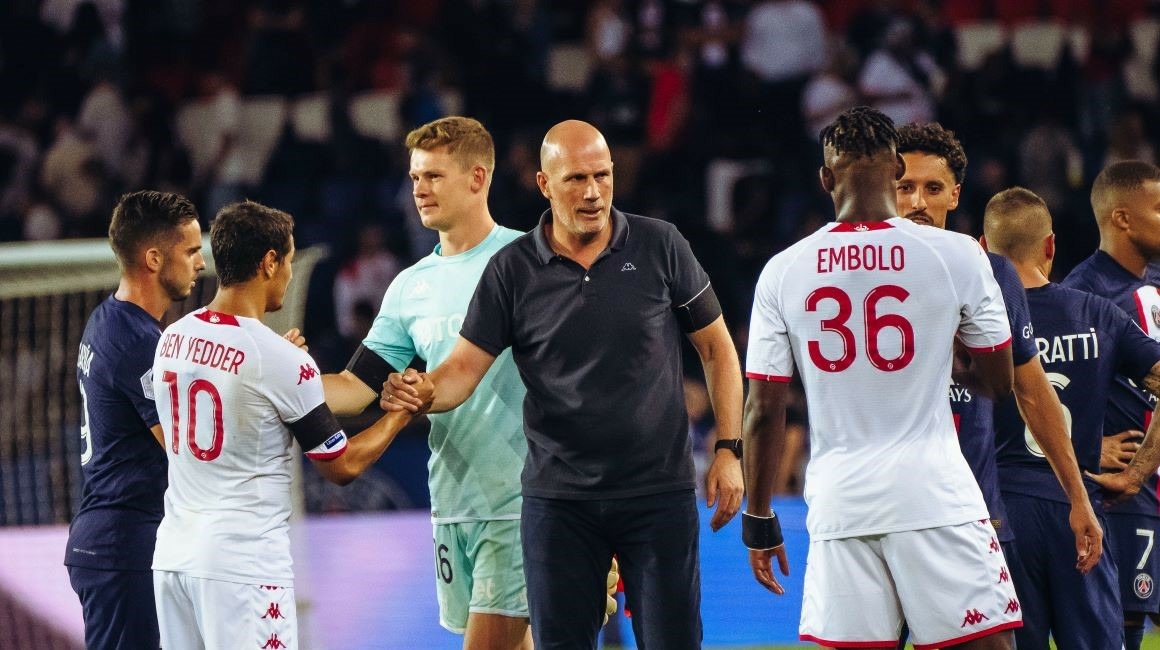 A few moments after their draw against Paris Saint-Germain (1-1), the Belgian manager was very happy with the state of mind shown by his side.

They were in for what seemed a hellish prospect in the form of the in-form Parisian attack. But at the end of a very good match, full of desire and determination, the AS Monaco players resisted and earned a draw (1-1) at the Parc des Princes. After a superb tactical display with a switch to three at the back, the manager, Philippe Clement spoke after this match, evoking in particular this tactical change. 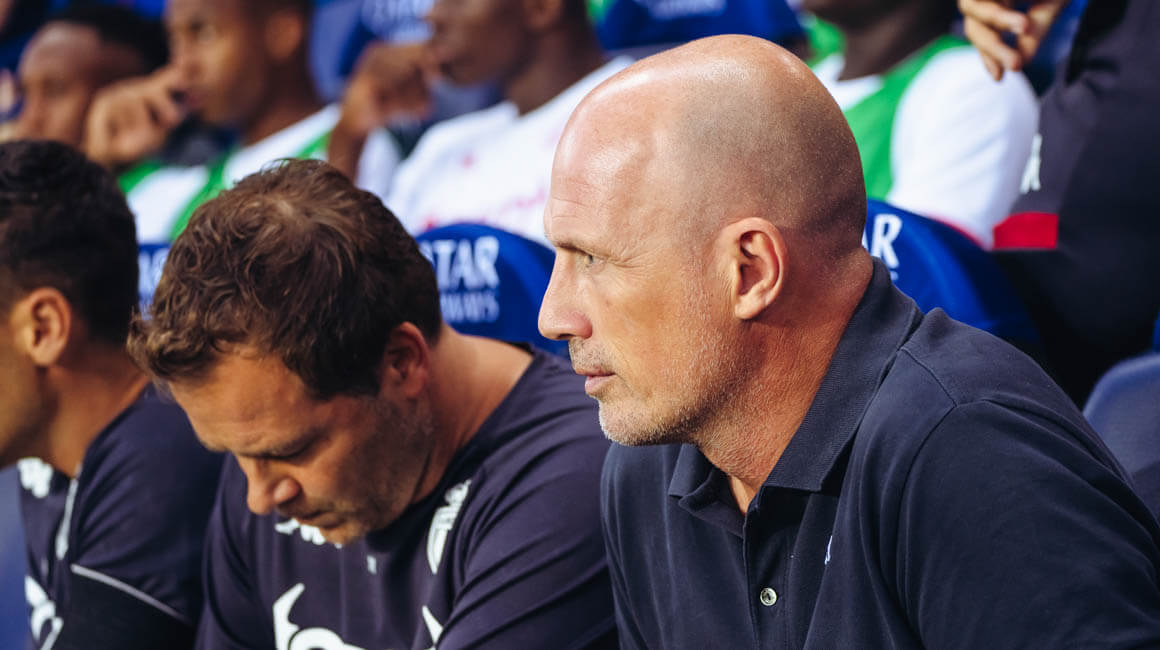 I asked today for solidarity, character, and also to play with a high press,, in particular by defending in one against one against the three stars in attack. The whole team has done a lot of work in this respect. In a game like this we also needed a great goalkeeper and Alex was decisive.
Philippe ClementAS Monaco manager

Hello Coach. Tell us about the tactics you put into place tonight.

The plan would have been perfect if we had scored the second goal. We had a good chance in the first half, it could have changed a lot of things. But you can always put into place a good tactical plan during the week, but then it’s the players who do the work, and they did it really well today.

I asked today for solidarity, character, and also to play with a high press,, in particular by defending in one against one against the three stars in attack. The whole team has done a lot of work in this respect. In a game like this we also needed a great goalkeeper and Alex was decisive. 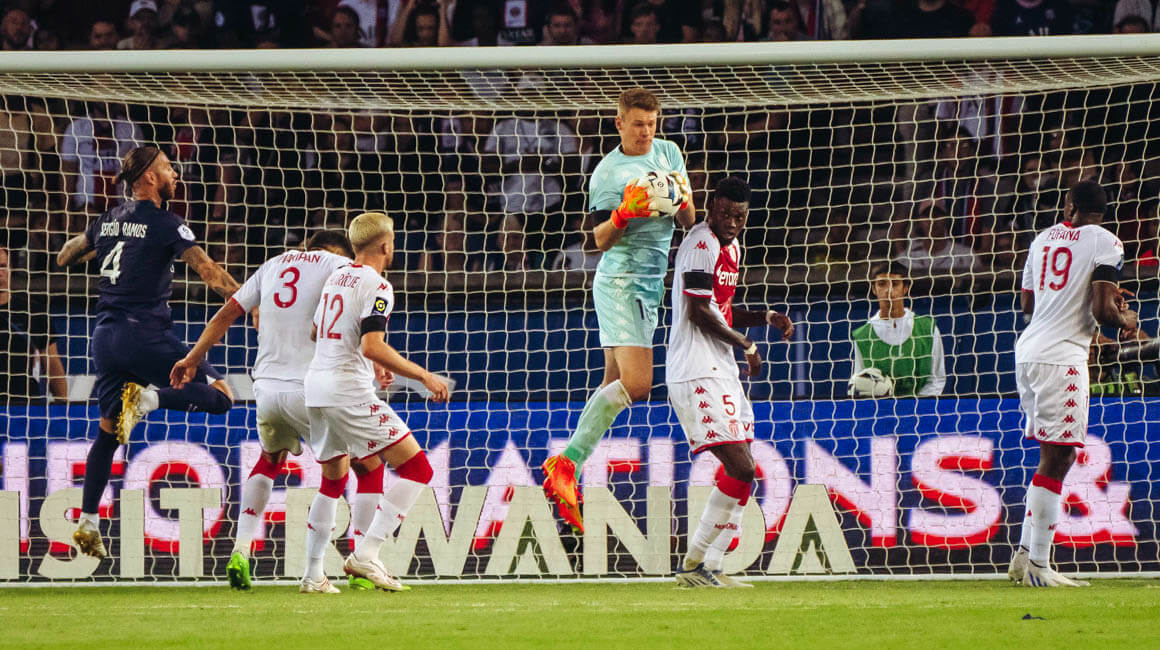 Are you satisfied with the result?

Yes I think that’s the right word. I am not upset nor very happy because it could have been better, but also worse. We have to be honest, PSG had some big chances. But I’m happy because I saw my players be very disciplined with good commitment, good physical condition and personality.

They showed that by taking a point here, you can take points everywhere, and that is very important for the future to have this as a reference match. Now, we need to build on this Wednesday against Troyes (7 p.m. at the Stade Louis-II).

What did you think of the performance of Mohamed Camara alongside Youssouf Fofana?

I am also satisfied with this partnership. It wasn’t easy for Mohamed as he’s only been in the dressing room for two weeks, and he hadn’t played a single minute in preseason. He is therefore not yet at the top of his game physically but he showed today the qualities that we were looking for.

It is not easy to replace Aurélien Tchouameni in the same style of play but he has shown that he has the qualities to play with Youssouf in order to form a good partnership in midfield;  this is important because the midfield is the engine of the team.

What did you say to Maghnes Akliouche when he came off?

His exit was not an easy decision, like two weeks earlier against Rennes when I had to take off Wissam Ben Yedder after the red card. But it was a tactical choice because he had already received a yellow card.

I decided to bring on Breel Embolo in order to try to keep the ball more in attack. But I was happy with Maghnes’ performance and brought him on first because he has grown a lot in the last few weeks. He is a player with a great future at AS Monaco. 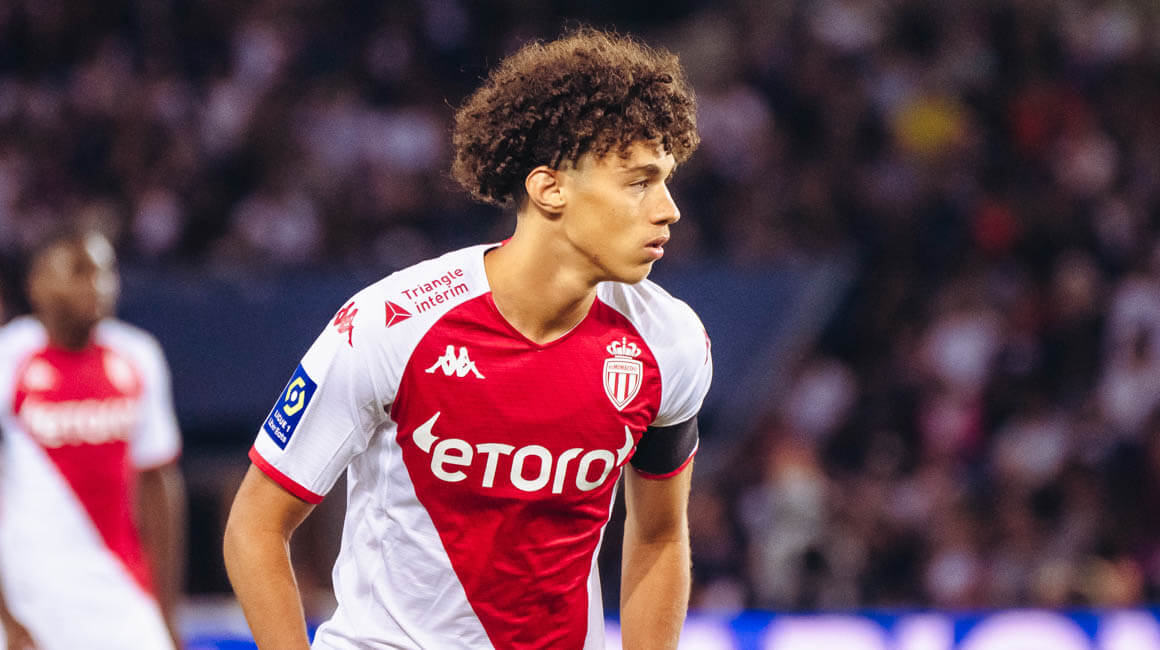 To thwart PSG, isn’t the key to be physical?

If it were that simple, anyone could do it. No, there are a lot of things that are necessary, including being physical but also winning duels, as well as having a good organization at all times. The team did a great job on the high press which I introduced.

My players also made good choices with the ball, especially in the first half. But that’s normal with players who still need to integrate more into the collective. It takes all these qualities to take points here, especially since Paris had their best eleven.