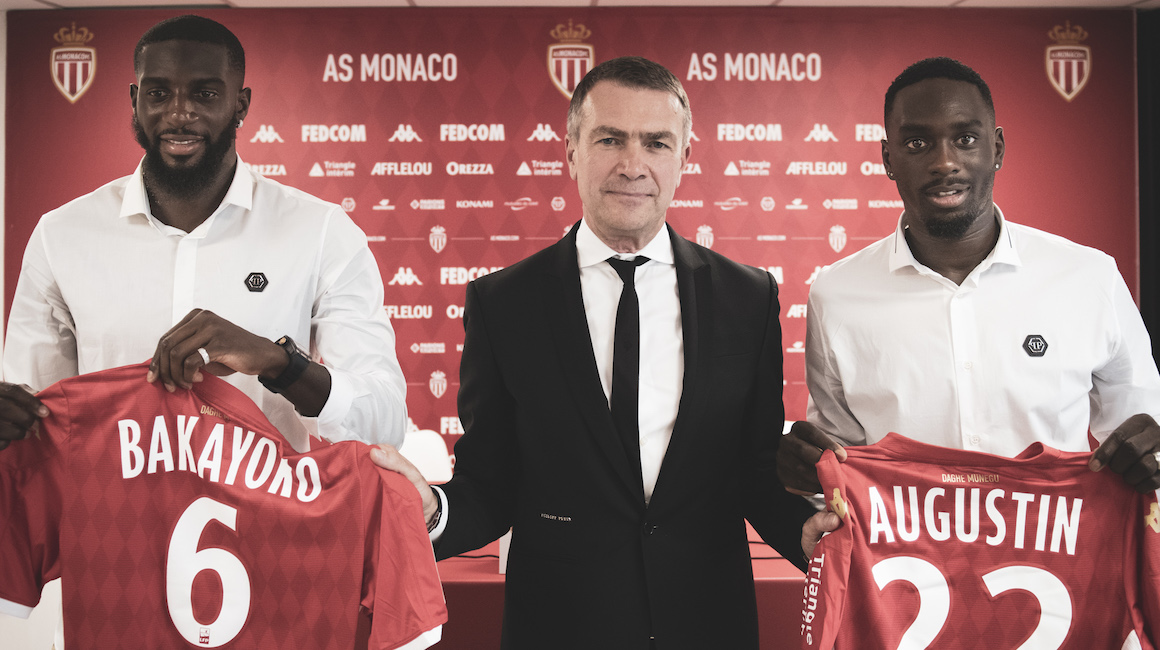 Discover the best moments during the presentation of Tiemoué Bakayoko and Jean-Kévin Augustin with Oleg Petrov, the club's vice-president and general manager.

“Everyone knows Tiemoué Bakayoko here at AS Monaco. Tiemoué’s position is very important for us and I think he can give us what we need. He knows Ligue 1 and the club. To identify the profile we needed in the midfield, I often heard that we needed a “Bakayoko” environment. Today we have Bakayoko himself!

I am very happy to welcome Jean-Kévin Augustin, a new option for our attack. We wanted the coach to have several options. The team is now equipped with the tools to show some great things in the next game.

Of course the President has ambition, I have always said. The beginning of the season was not the one we wanted, but our ambitions are the same, and we are trying hard to make it work.” 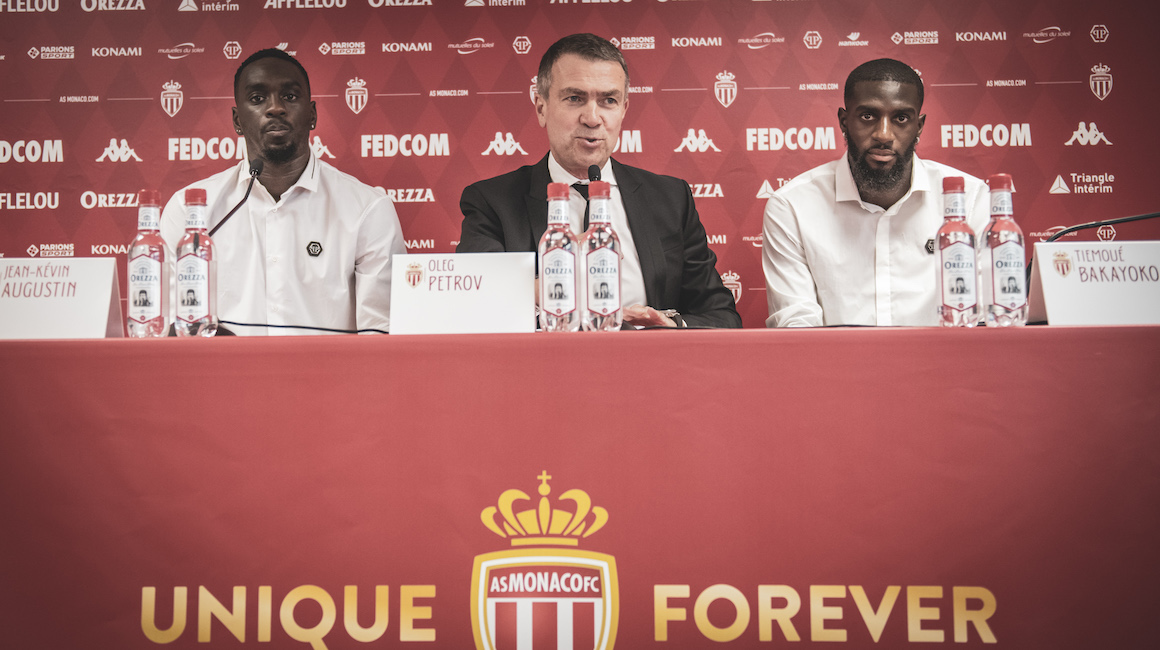 “This window was a challenge for me. It was very intense but I learned a lot for the future.

Concerning the players who have arrived on loan: If their performances are good and if everyone at the club is satisfied, if the fans are satisfied, then why not commit to the long term with them.”

“It’s true that I had discussions with OGC Nice, but today I’m very happy to be at AS Monaco. It’s a great chance for me to bounce back here.

I think it’s a very good thing for the team to have several attackers. When you do this job, it’s normal to have competition. It pushes you to go further. ” 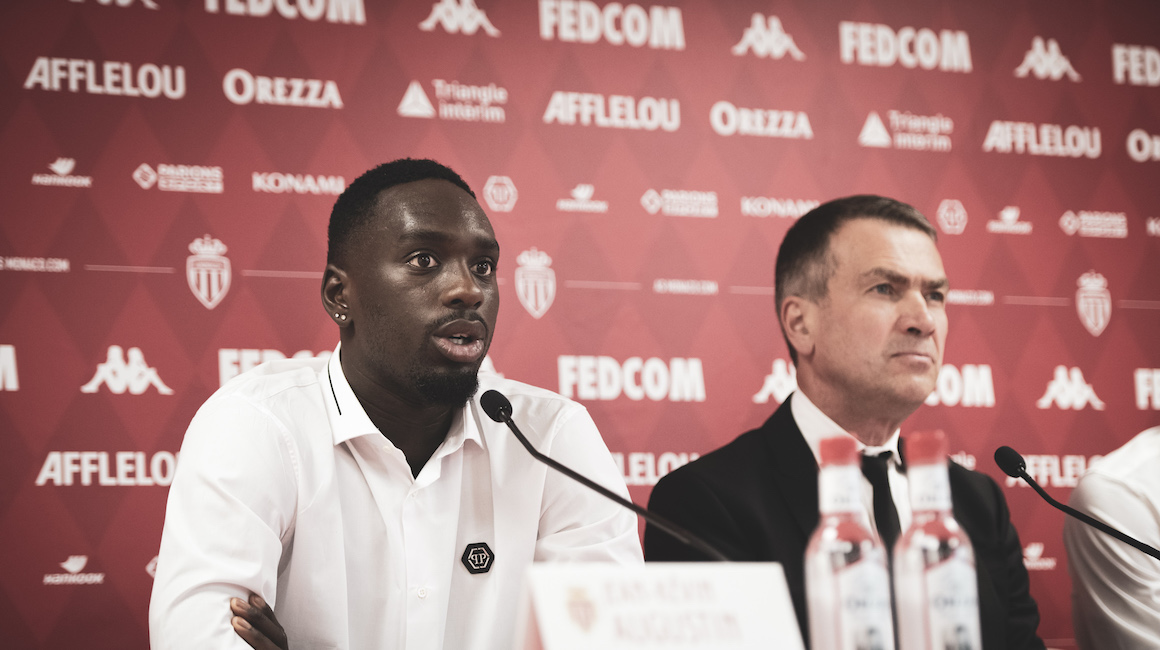 “I played at PSG but I left quickly, I learned from my mistakes and thanks to that I am aware of what is good and bad. I am a little emotional, I like to talk with the staff. It makes me feel good.

Physically I feel good. I will work during the break to be ready to start well in the next match. ”

“I know the stadium and I will help the club in achieving its goals. I was able to talk to people before my return and it’s a very good opportunity for me to come back to AS Monaco.

I wanted to play for the best of Europe. I played a lot in the first year in Chelsea contrary to what was said. At AC Milan I have evolved enormously in football and in life. I am back and am improved. I played for two big clubs these past two seasons and I want to help the group.

My goal is to play well and help the club. (I would like to play with) the French team too, but AS Monaco is the priority. 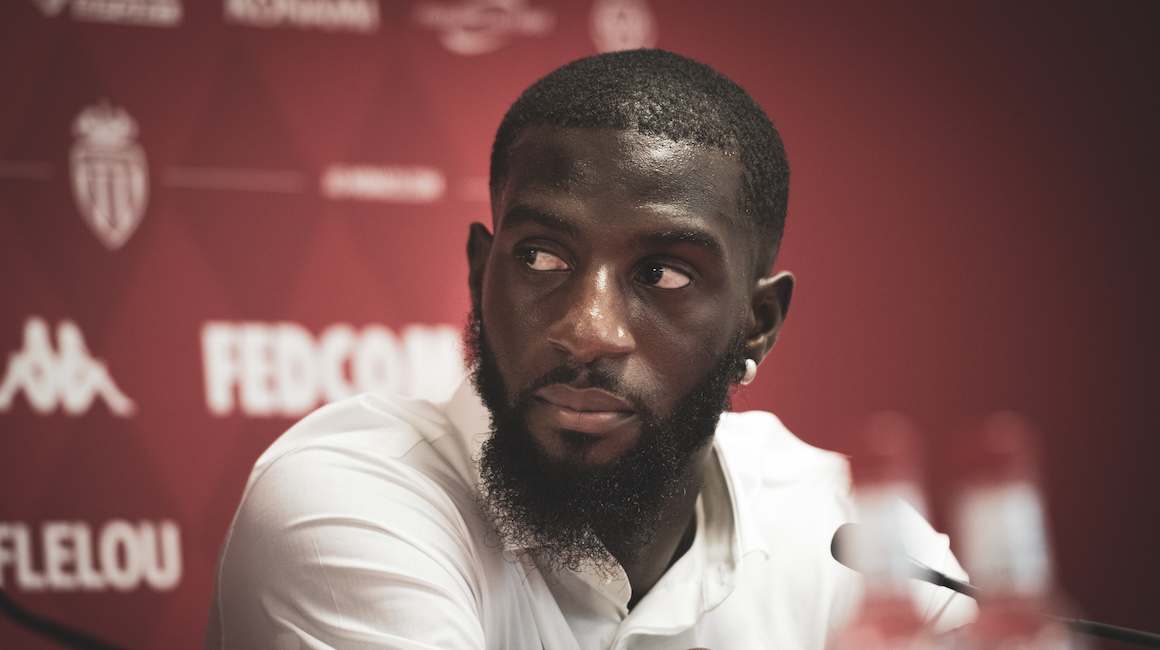 “Physically I feel ready, I did all the preparation with Chelsea, so I feel good.

I have always followed club games. After the title, there was a another good season. But we must not forget that except last year, AS Monaco has always finished on the podium in recent seasons.”