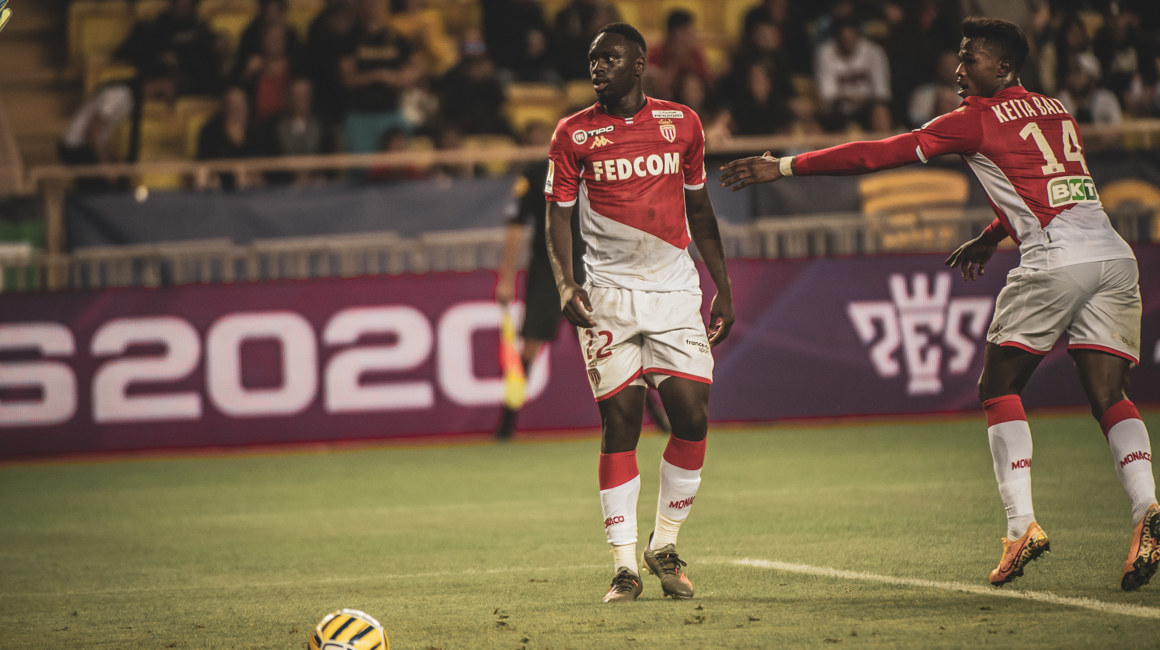 By winning 2-1 with goals from Augustin and Aguilar, AS Monaco eliminated OM and qualified for the round of 16 in the BKT Coupe de la Ligue.

In an early part of the match played close between two teams holding their ground, we have to wait for an unfortunate moment to see the game open up. After only ten minutes, the Monaco captain, Cesc Fàbregas, is hit in the back of the thigh after a duel in midfield. The 2010 World Champion is forced to leave the field, AS Monaco is momentarily at ten. OM tries to take advantage and Aké is not far from achieving it in the 13th minute when his shot across goal flirts with Lecomte’s left post. Aleksandr Golovin comes into play after this and Augustinegets a first opportunity after a pass from Aguilar (16th). The over-hit shot of the Monegasque striker is captured by Mandanda.

Augustin and Aguilar open their accounts

But this is only part of what Augustin delivered on the night, the striker taking advantage of a new pass from Aguilar to open his goal tally for Monaco in the 25th minute. With a superb bit of control he put himself in a shooting position in the middle of the Marseille area and beat Mandanda with a powerful shot. AS Monaco took the lead and managed to make another breakthrough before the break when Aguilar ran on to a good shot by Augustin saved by Mandanda (40th). Also the author of his first goal in red and white, the right wingback placed his team in a good position for qualification. At the end of the first period OM tries to take advantage of free kicks by Payet, but the Monegasque defense remains solid and focused. 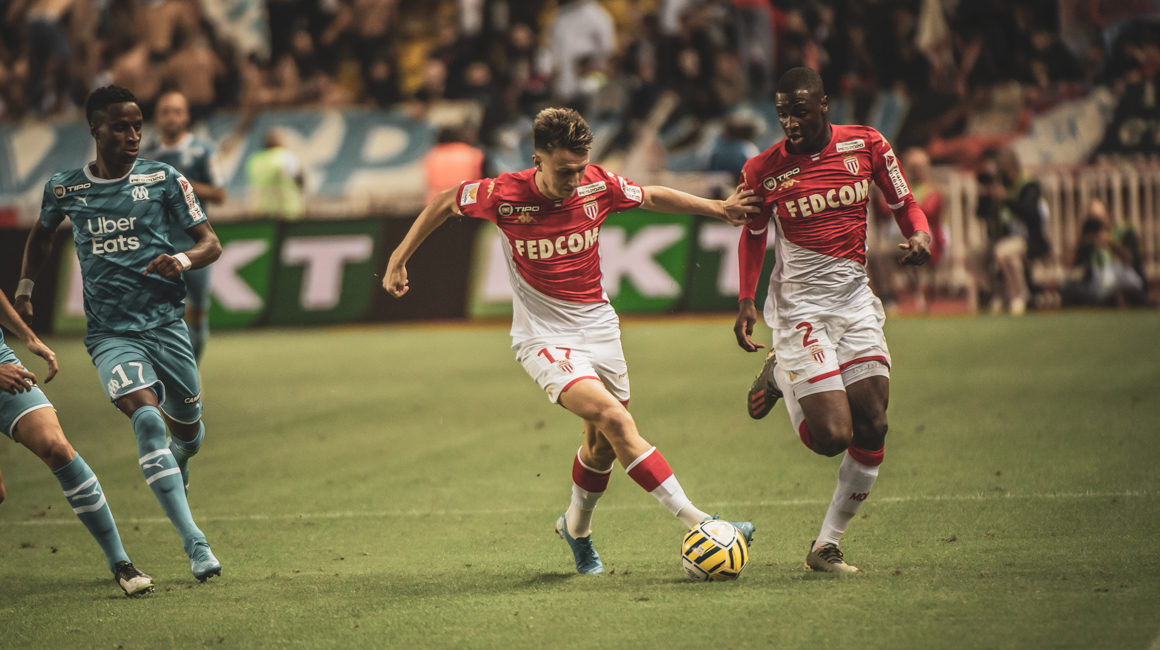 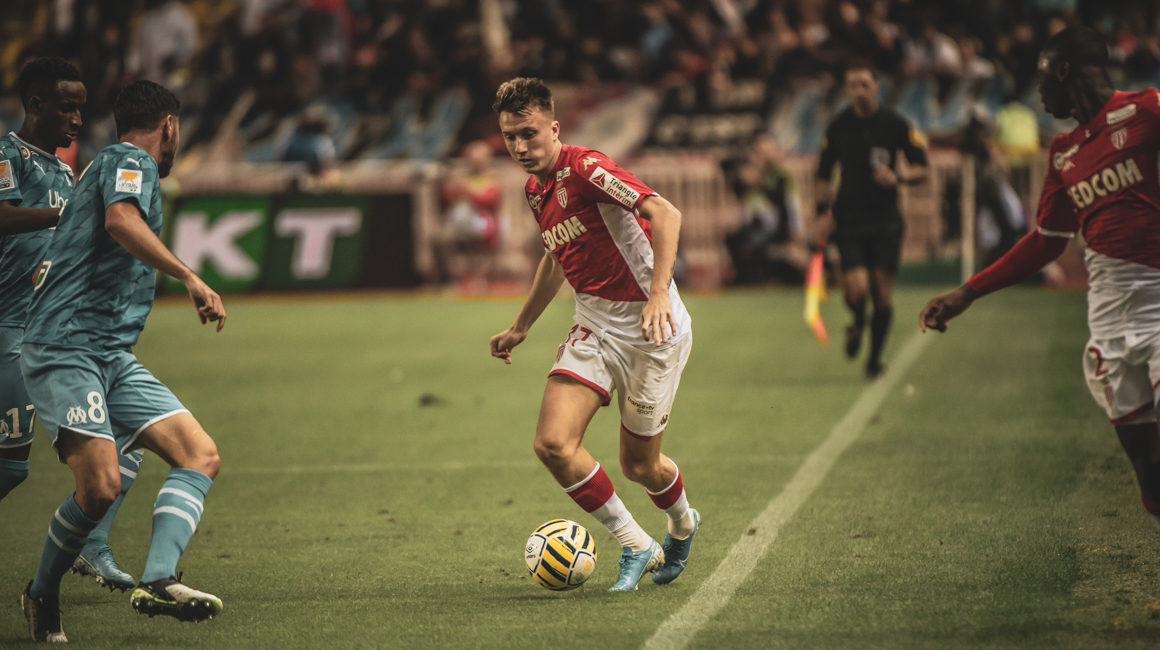 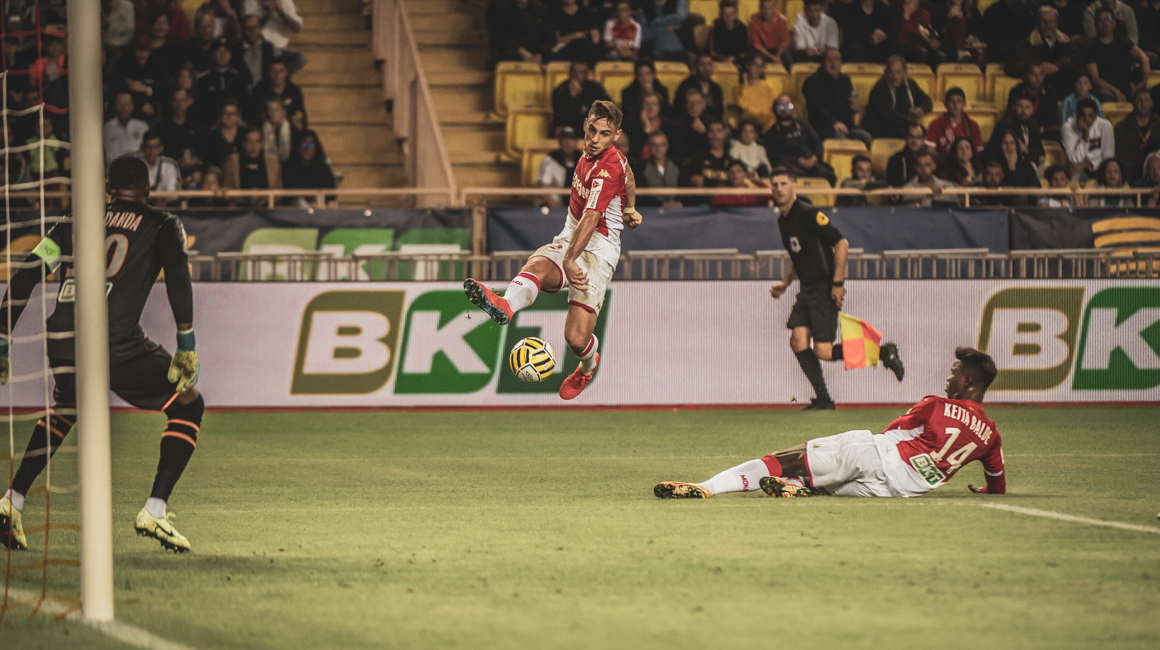 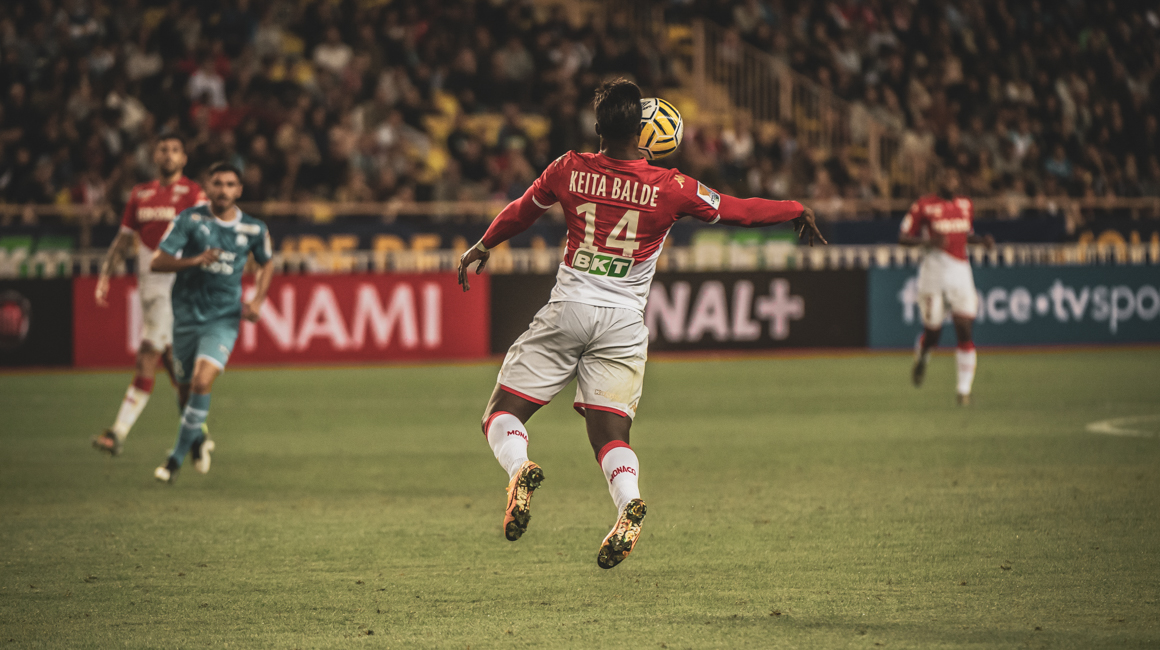 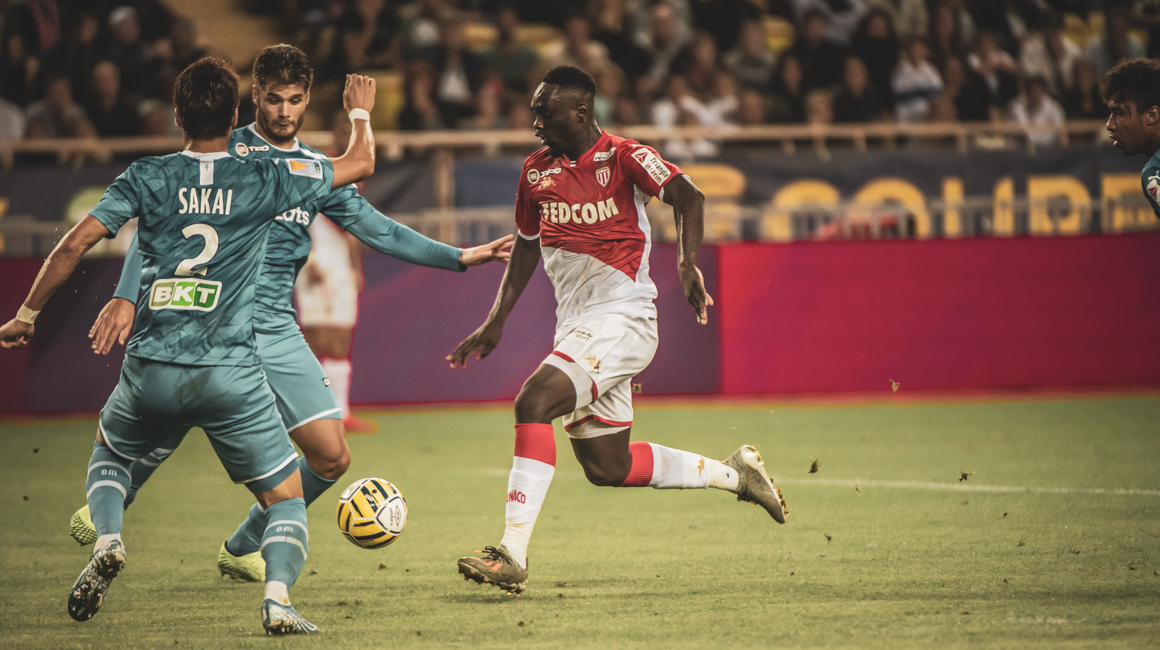 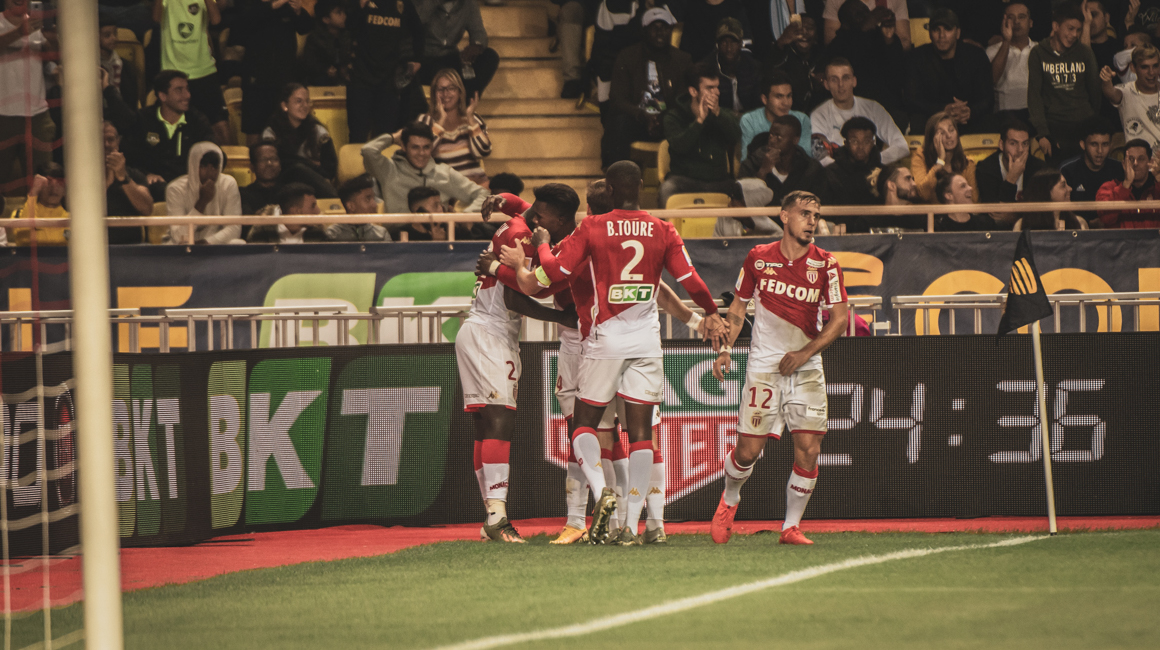 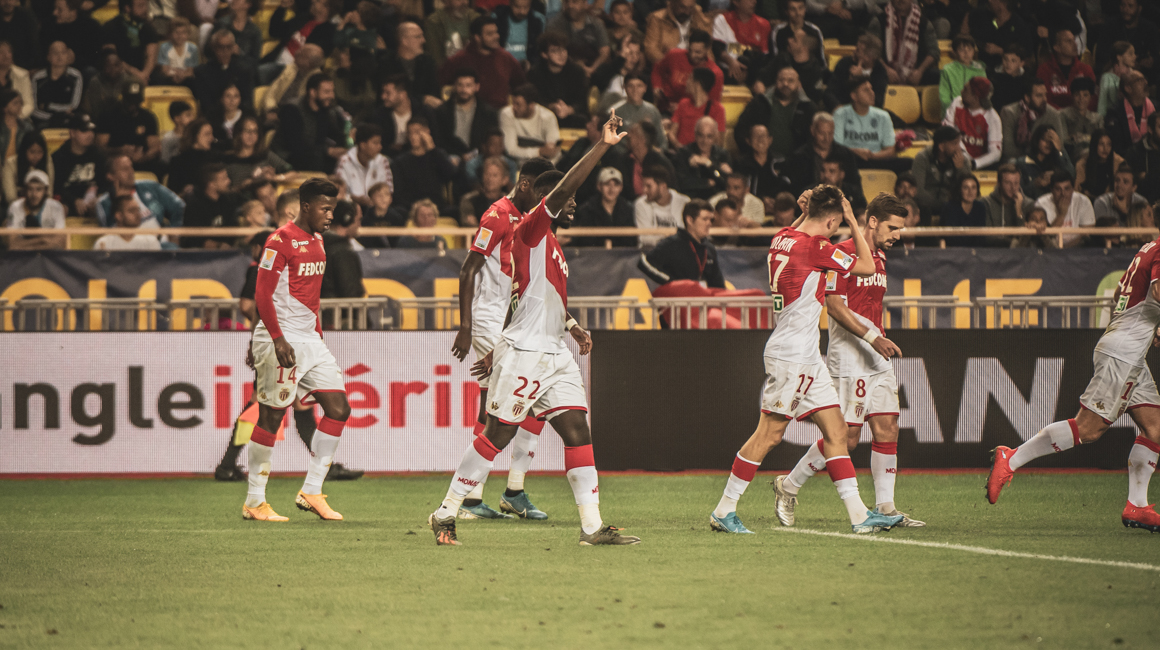 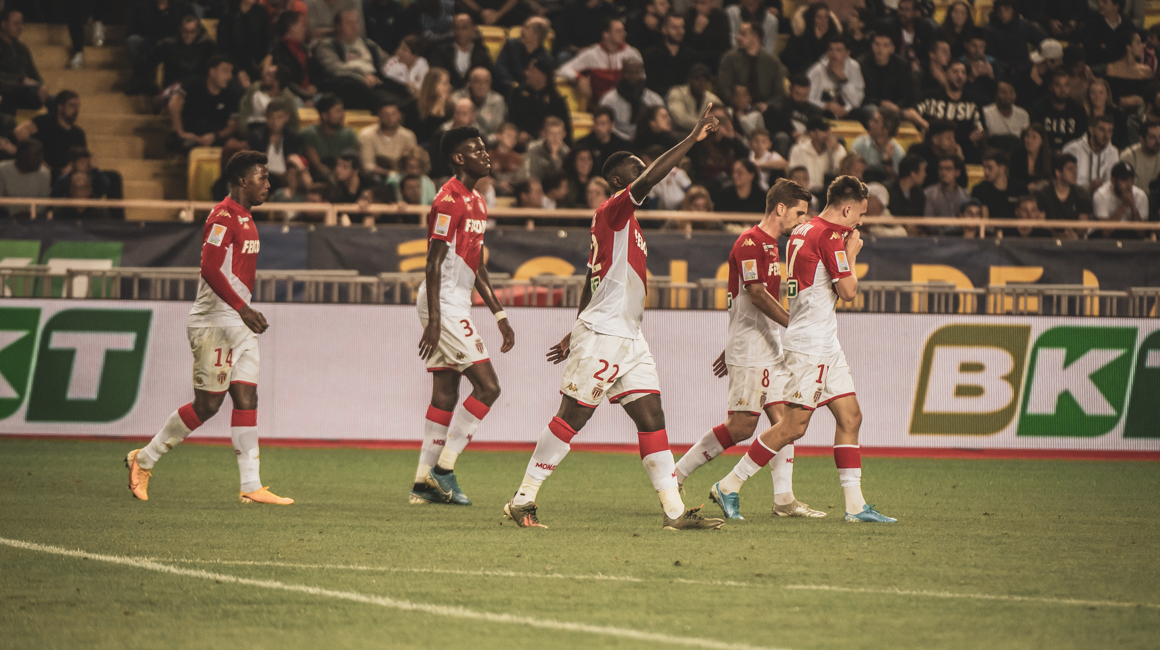 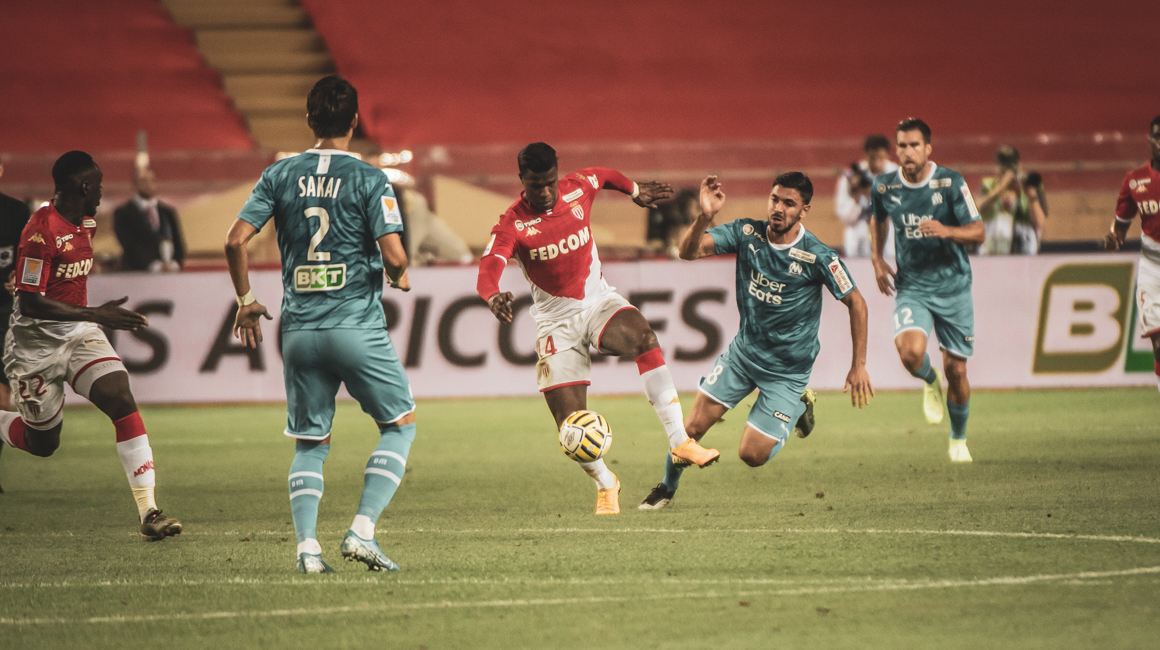 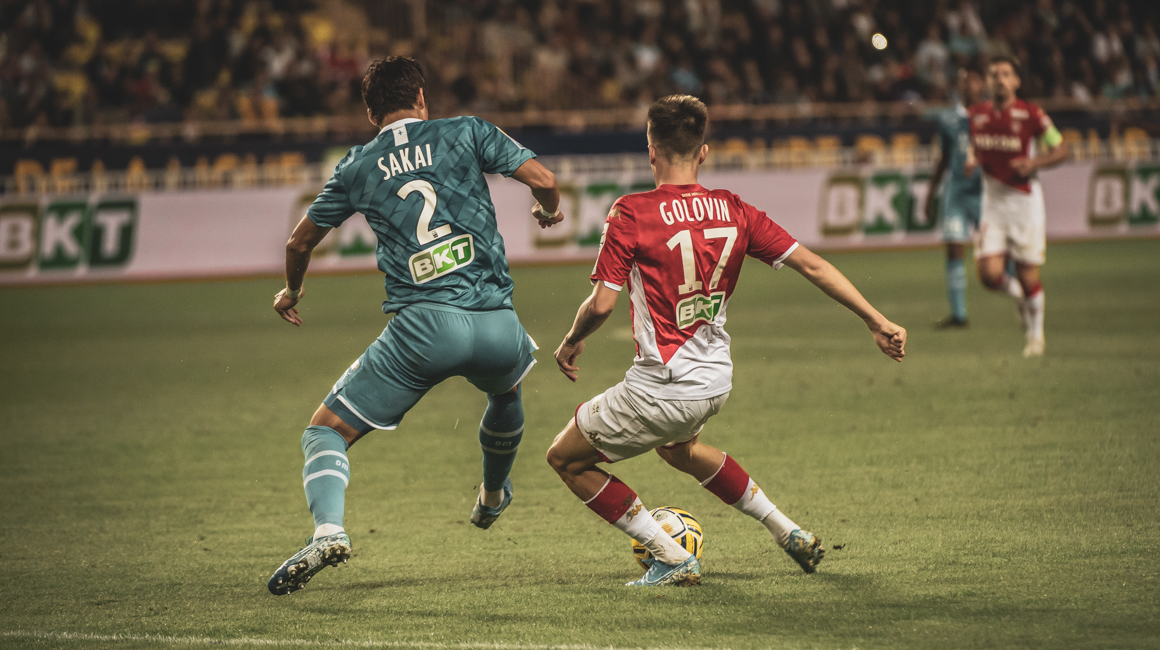 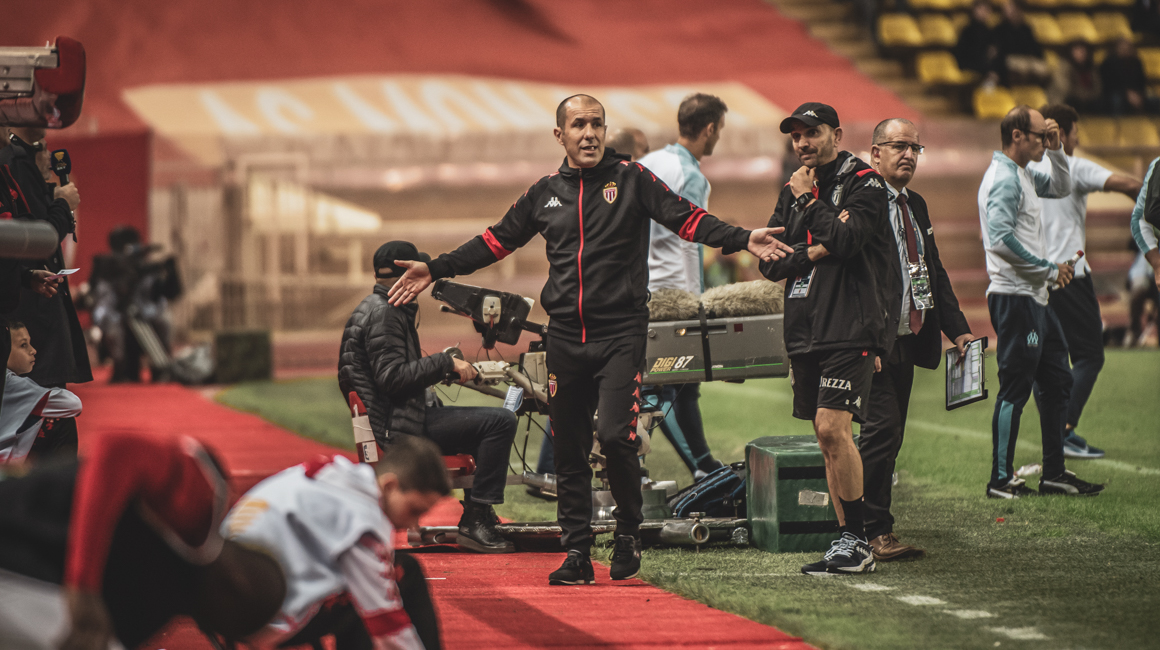 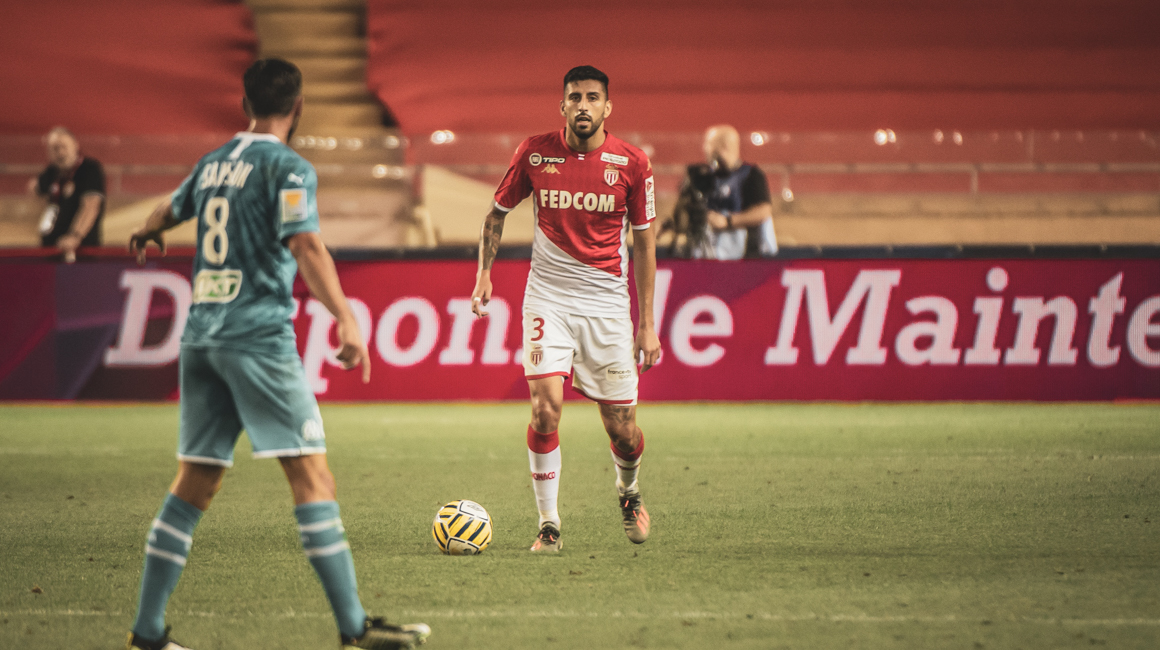 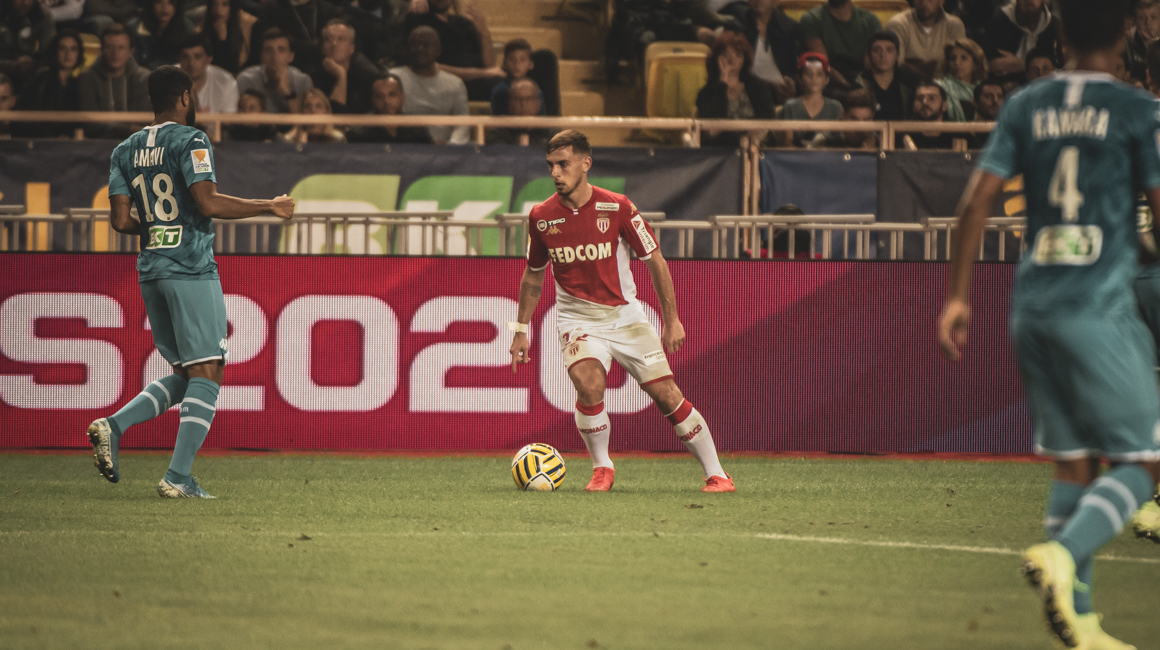 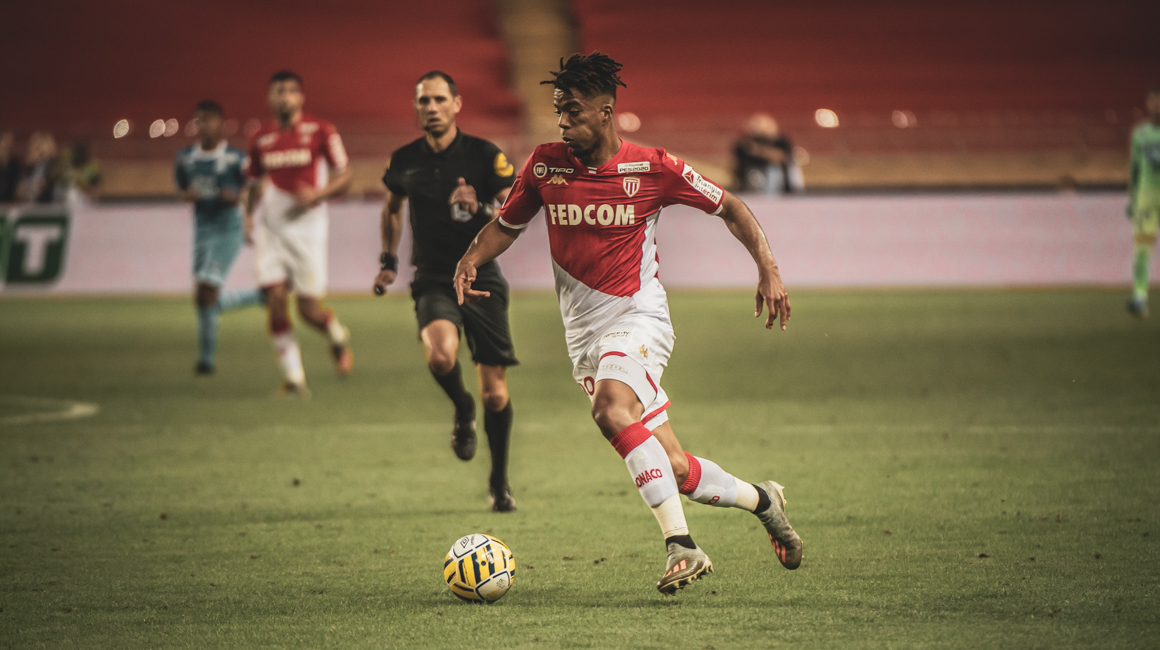 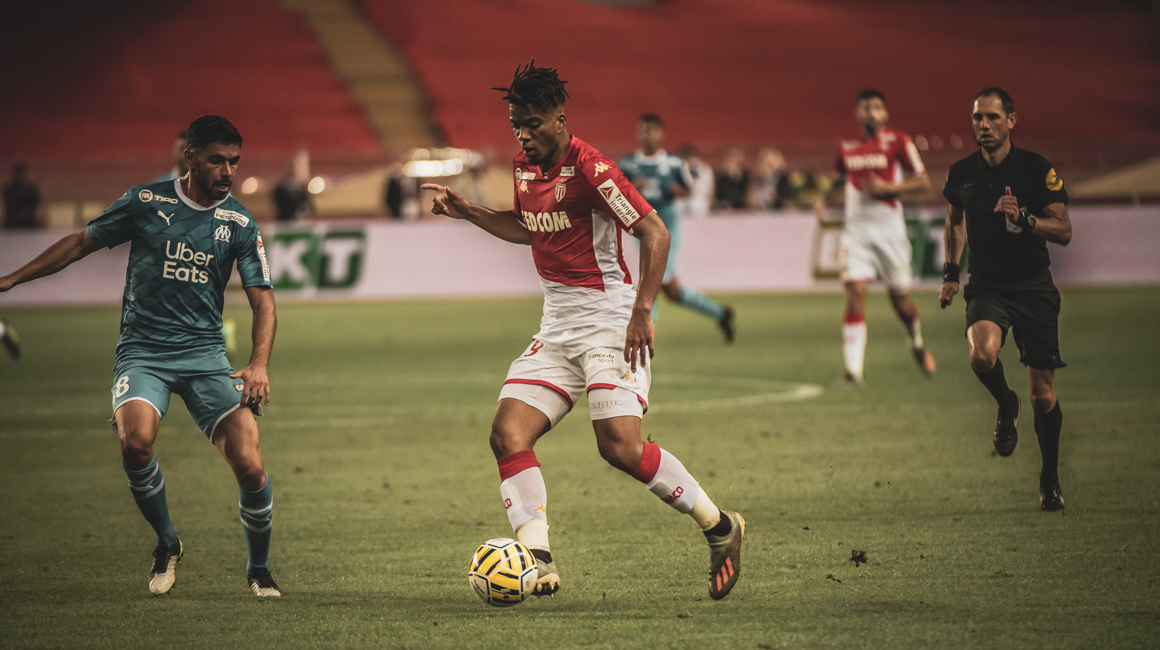 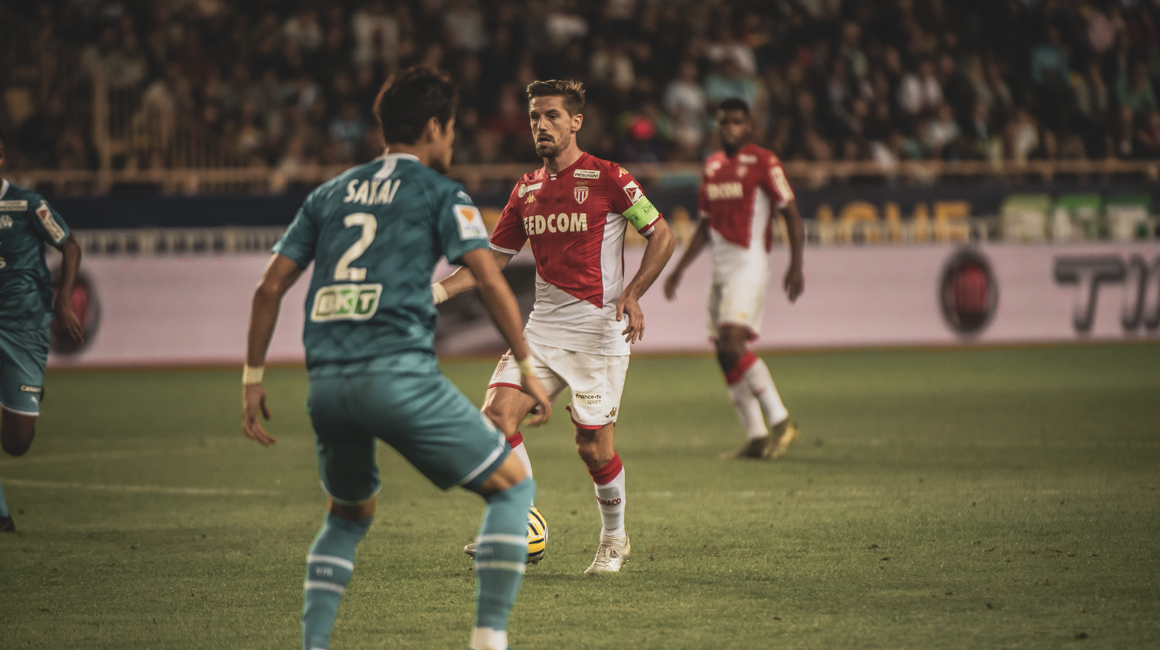 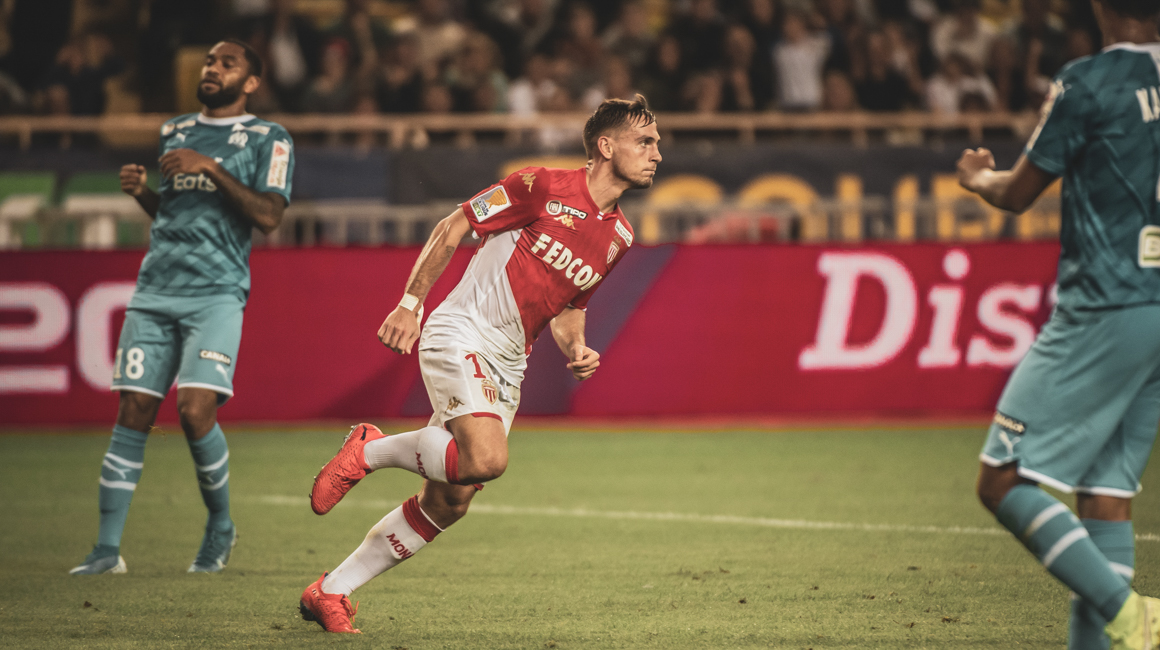 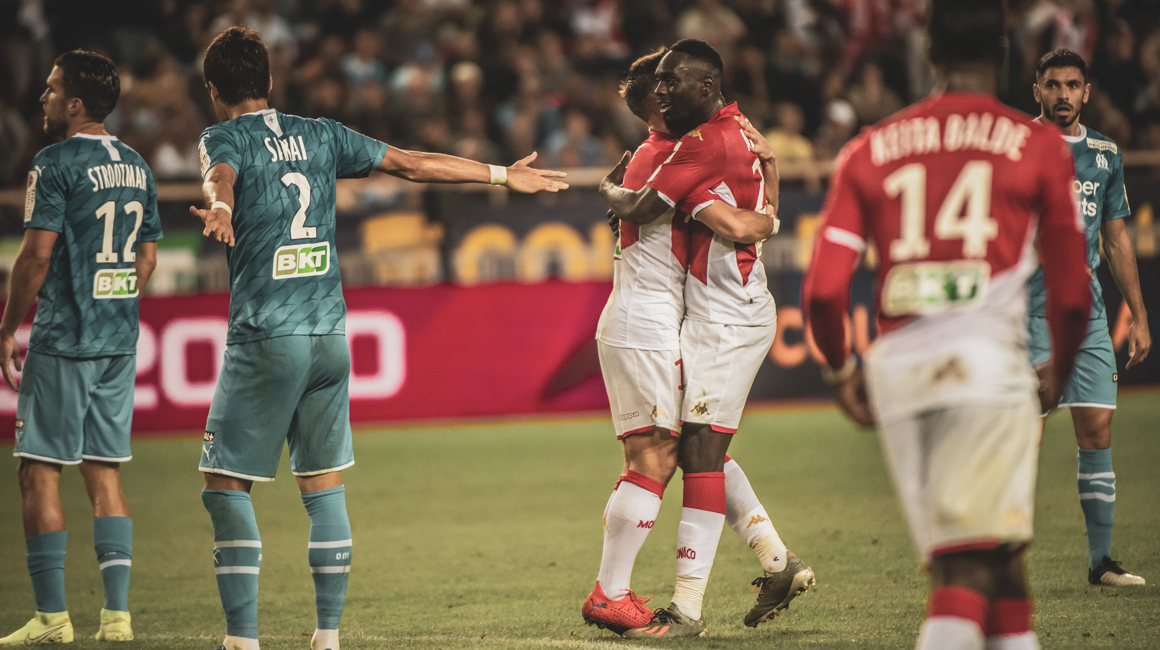 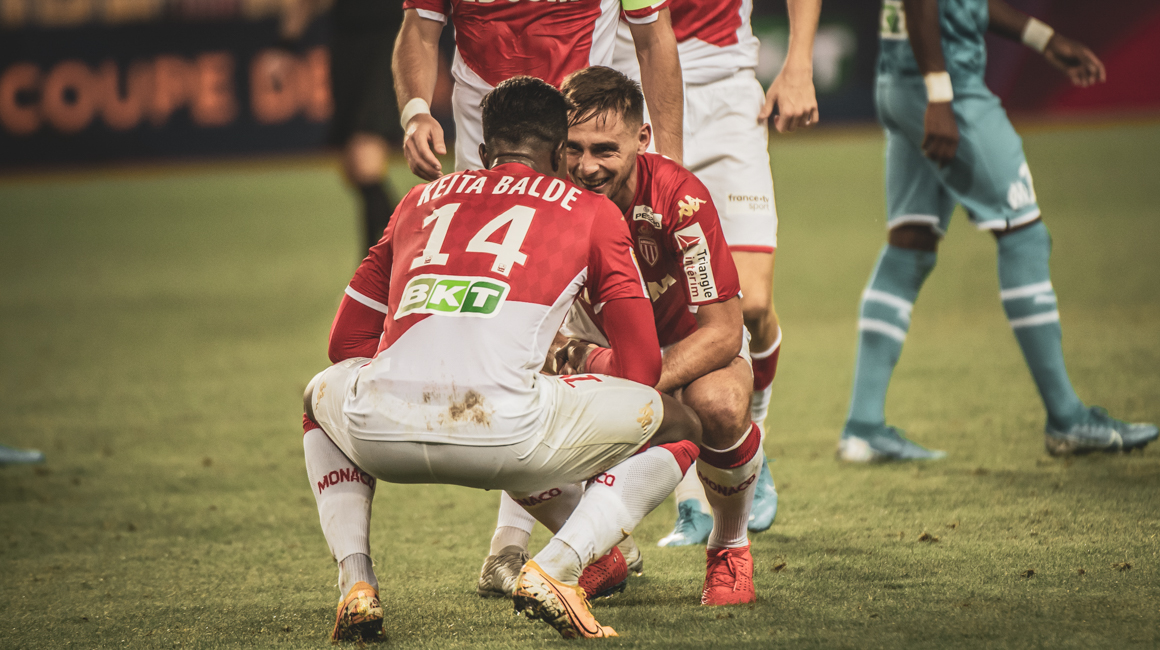 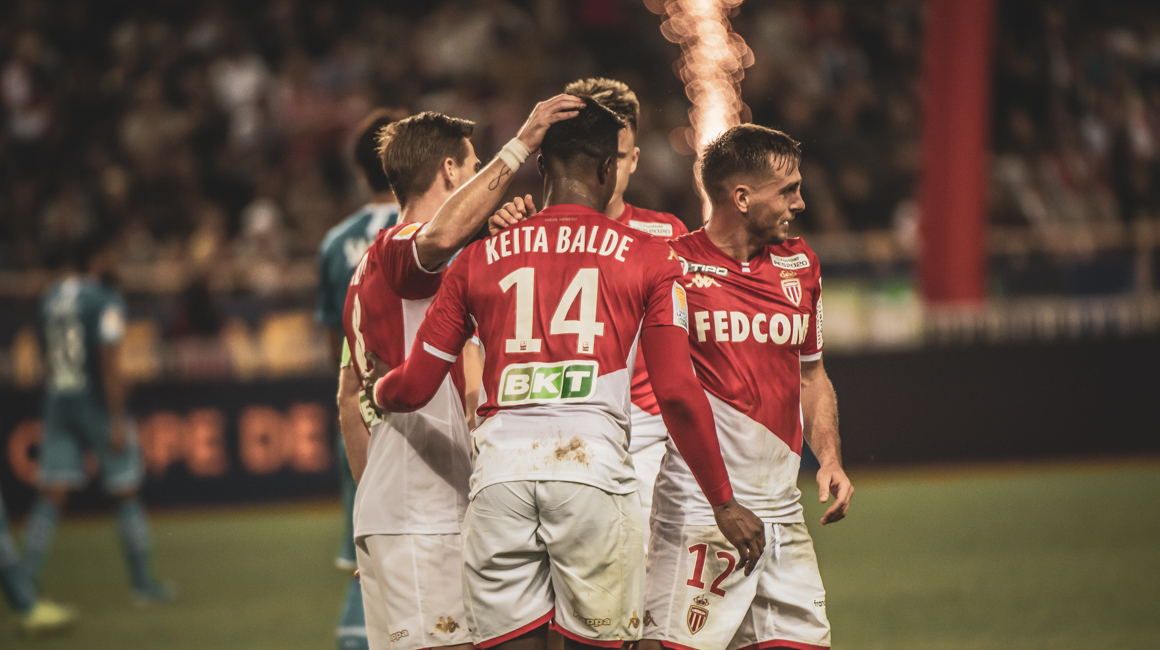 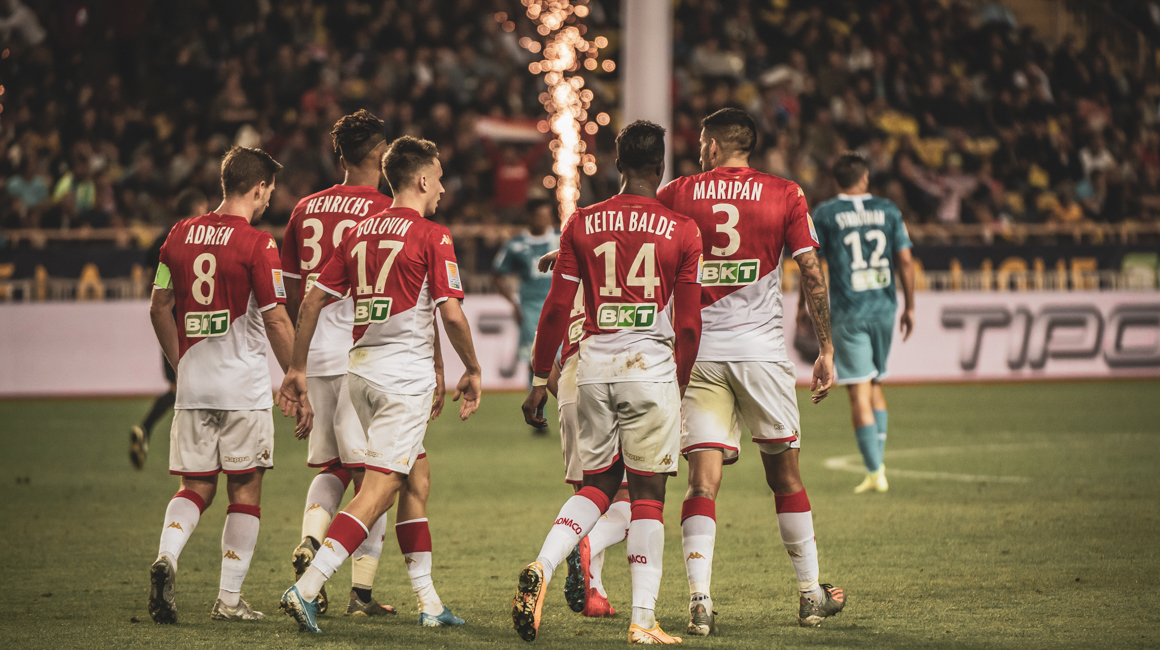 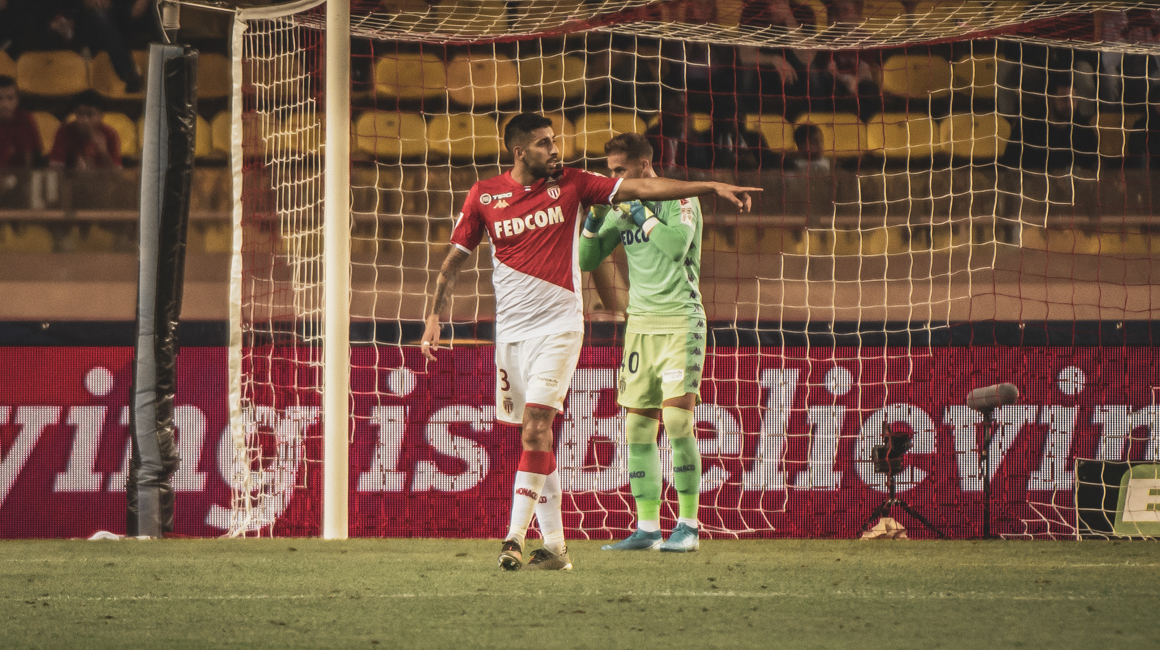 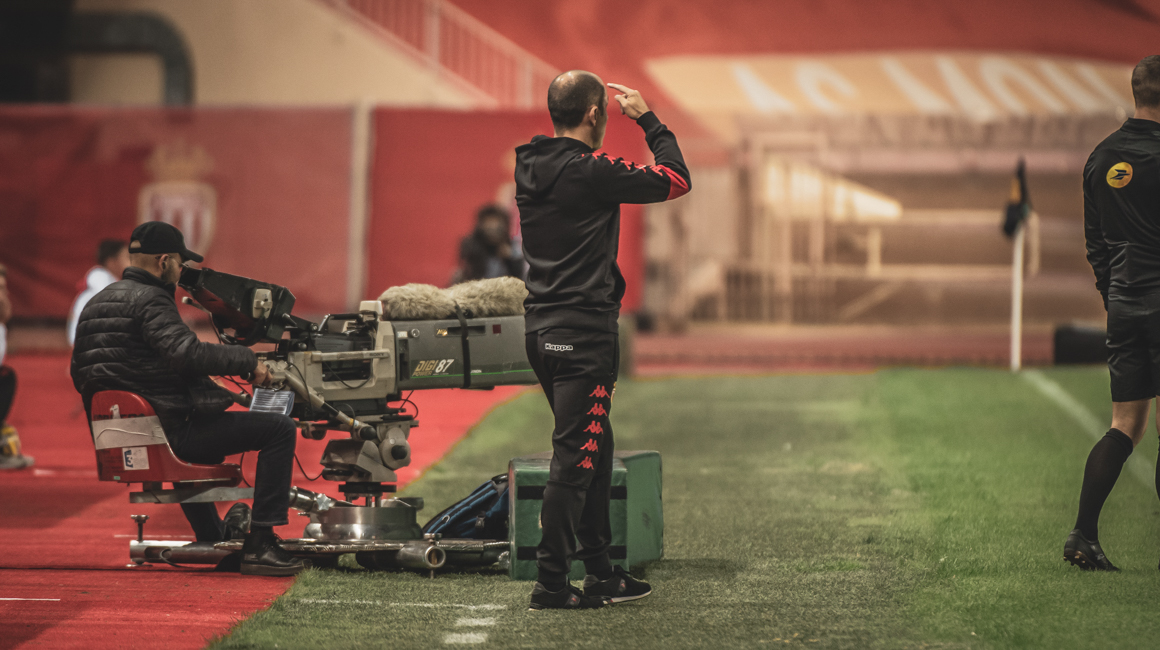 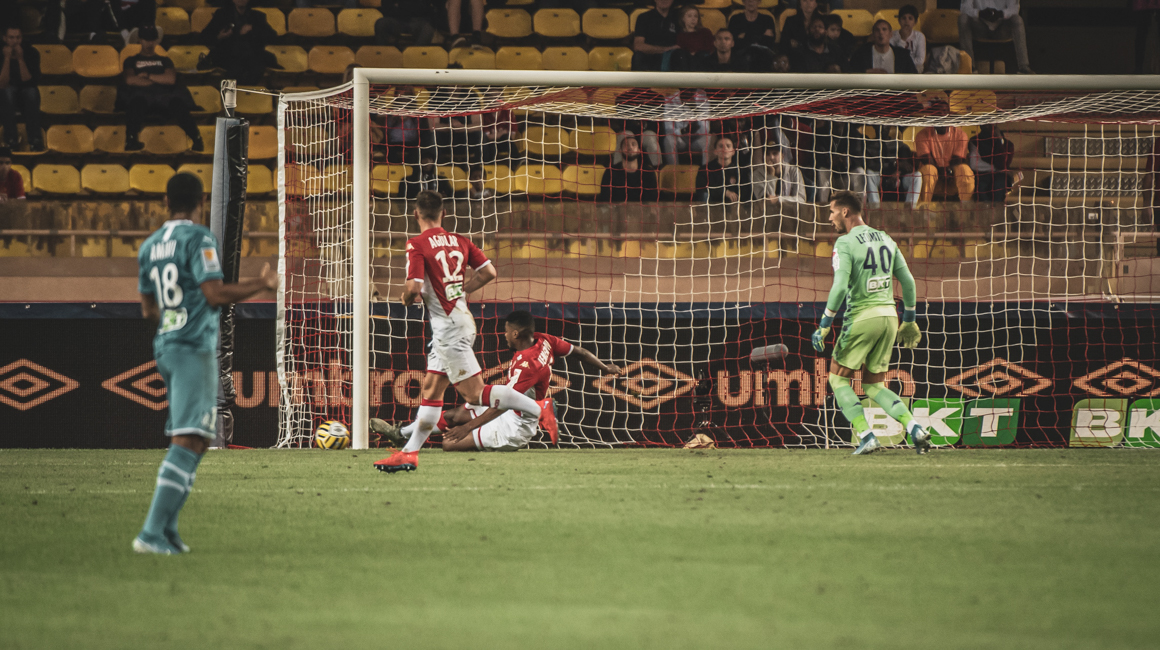 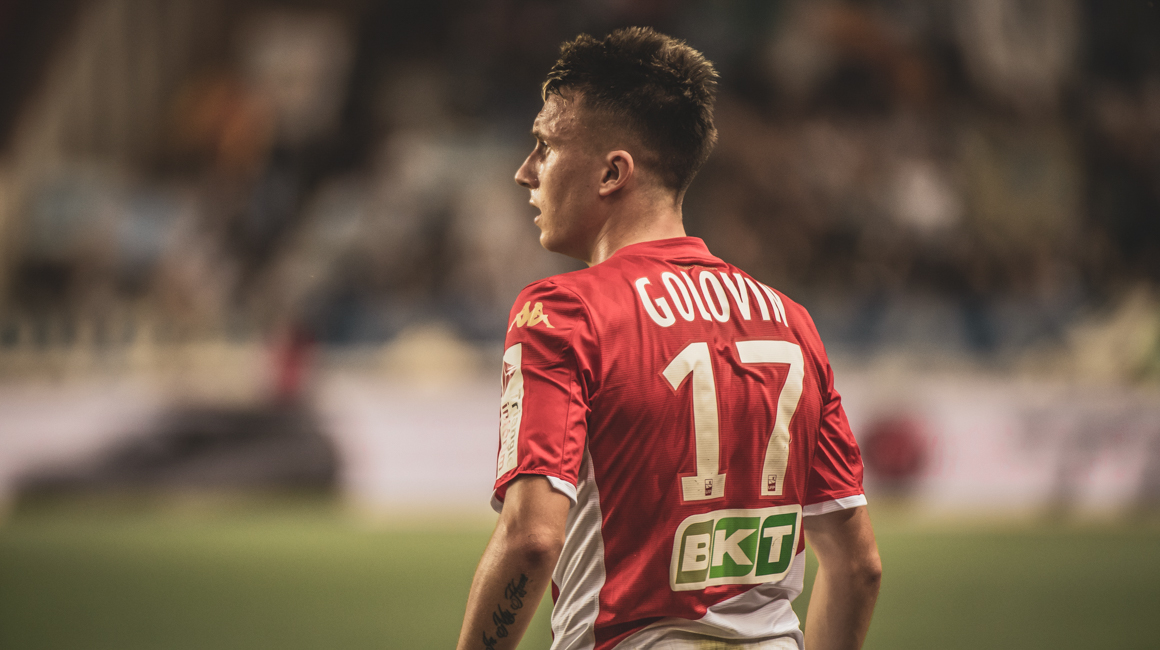 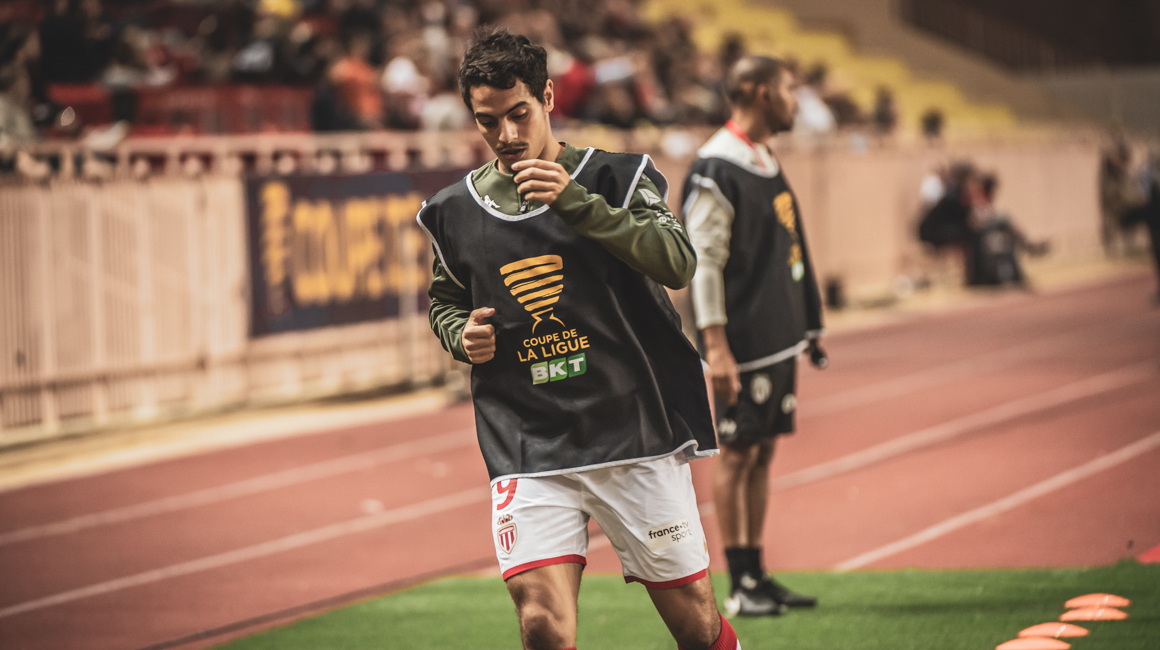 The success of Payet

Returning from the locker room, the OM play a more dense midfield with the entry into play of Rongier in place of Aké. With their advantage, the Red and Whites await their opponents, forced to play on the front foot to get back into the match. But if Marseille have their foot on the ball, they fail to be dangerous against a Monegasque formation very well-positioned. After an off-target attempt by Sanson in the 67th, the match came back into play on a stroke of luck when Payet turns Aguilar and crosses well in front of the Monegasque goal. Lecomte is on the ball, but it hits his calf before landing in the goal. OM are back in the game without changing their approach for the moment.

A comfortable end to the match

Despite this goal, AS Monaco continues to control things in this second period. In the wake of the goal by Marseille Leonardo Jardim made a double change with the entry into play of Ben Yedder and Dias in place of Baldé and Silva. If OM get a few free kicks  taken by Payet, the best opportunities of the end of the match are for the Monegasques. Ben Yedder comes up short to meet a cross by Aguilar and Golovin stumbles in front of Mandanda, who avoids the third goal in the final seconds. This action is the last of the match, Mr. Lesage returns everyone to the locker room after five minutes of extra time. AS Monaco will play in the round of 16 of the BKT League Cup on December 17th or 18th.

Coupe de la Ligue BKT Jovetic in the squad to face Lille 16 December 2019, 21:59
See more articles
AS Monaco uses cookies on this website. With your agreement, we use them to access how this website is used (analytic cookies) and to adapt it to your needs and interests (customization cookies depend on your browsing and your browser). By continuing your browsing, you give us the permission to use them.
I accept Personalize