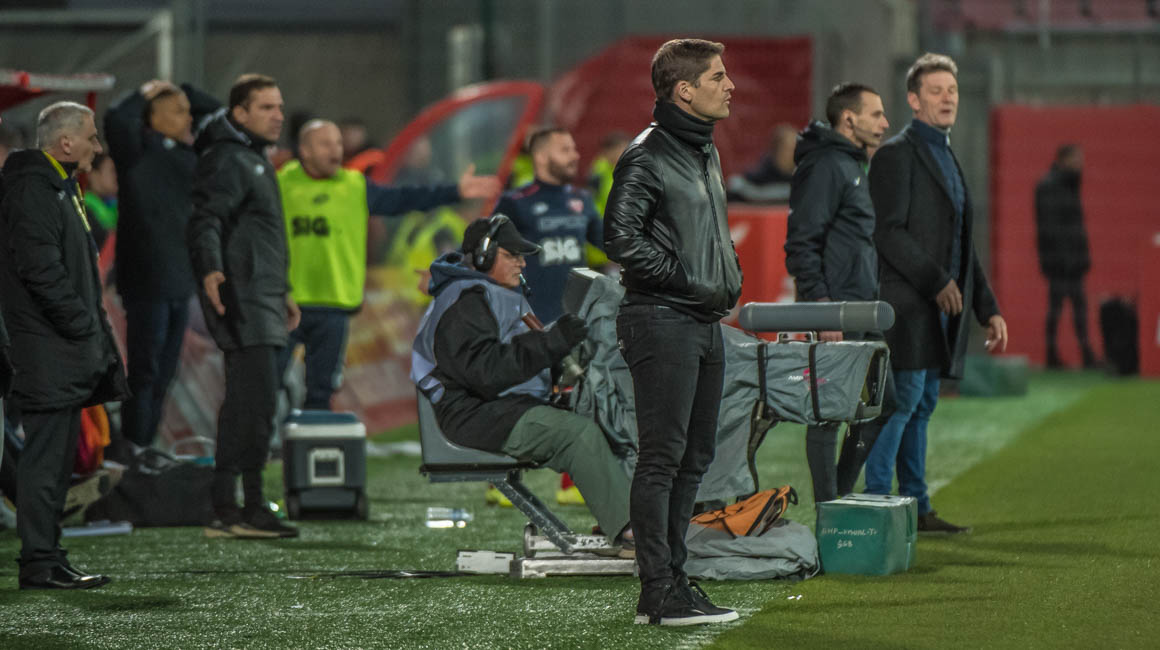 Extracts from Robert Moreno's press conference following AS Monaco's draw against Dijon FCO on the 26th matchday of Ligue 1 Conforama.
I have a good feeling now because after having conceded this first goal, it was not easy. It’s good to earn a draw here. You shouldn’t just look at today’s game, but you have to look at the last four: three wins and a draw.
The team is getting better defensively. We've only conceded two goals in four games. We have to work to have even more on executing our chances in front of goal, but I know my forwards have the ability to score.
Both teams wanted to win. I like to be in control of things but in a match like that, you had to know how to control your emotions to continue having chances without conceding; it was not easy.
Stevan Jovetic had the same role as Keita Baldé in Amiens. He has worked extensively in defense and attack. (About Slimani) I don't believe in luck or bad luck. The most important thing for me is that he has created chances.