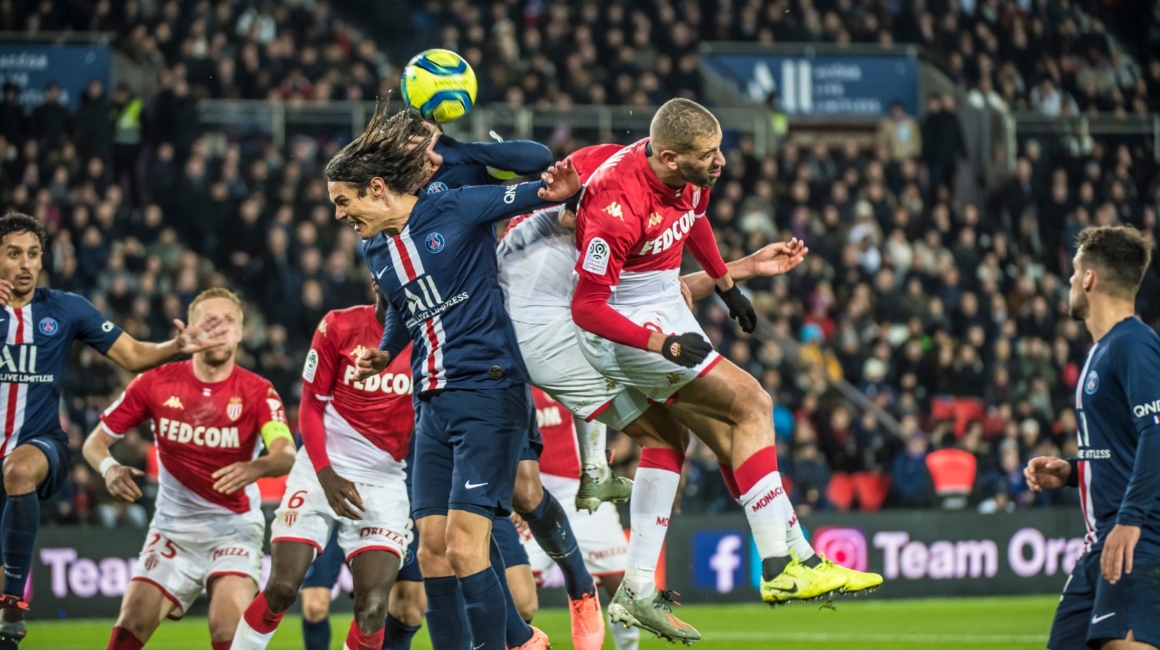 This 44th match between PSG and AS Monaco in Ligue 1 will be remembered as one of the most beautiful as it ended in a draw. Accompanied by 700 supporters, the Rouge et Blancs earned a superb 3-3 draw at Parc des Princes thanks to goals from Gelson Martins, Wissam Ben Yedder and Islam Slimani.

For his first match in Ligue 1, Robert Moreno decided to name a starting eleven identical to that which had started against Reims the previous week. There was barely time to start the match than Neymar had opened the scoring from the left on a good ball by Verratti. PSG held its position, but AS Monaco did not allow themselves to be intimidated. Four minutes later Golovin found Ben Yedder, who was taken down by Navas in the Paris area. Mr. Gautier felt the advantage benefited Gelson Martins. The Portuguese did not hesitate, and had AS Monaco on level terms. (7th). Undeterred, the Red and Whites took the match to PSG and took the lead in the 13th minute. Picked out near the area, Baldé slipped in Ben Yedder who found the net with his right foot to beat Navas with a shot across goal to silence the Parc des Princes. Surprised, PSG responded with a free kick by Neymar, which Lecomte saved wonderfully (15th).

Five minutes later, Meunier found Mbappé who  could not square a shot at the far post (20th), before Navas saved PSG on a Monegasque counterattack led by Ben Yedder and finished by Baldé. With his foot, the Parisian goalkeeper avoided conceding a third Monaco goal (22nd), just before his team managed to equalize after a shot from Neymar deflected into his goal off an unfortunate Ballo-Touré. It was 2-2, and a new Monegasque opportunity presented itself at the half-hour mark, with a header by Glik onto the post! It was then Navas who tipped over a good shot from Golovin, before Neymar converted a penalty awarded to Mbappé, after an intervention by Gelson, to restore the advantage to his team (41st). Despite everything, the Reds and Whites did not give up and were close to equalizing in the last seconds of the first period. Unfortunately Golovin couldn’t find the back of the net and was with no small measure of regret that AS Monaco returned to the locker room after a very promising first half.. 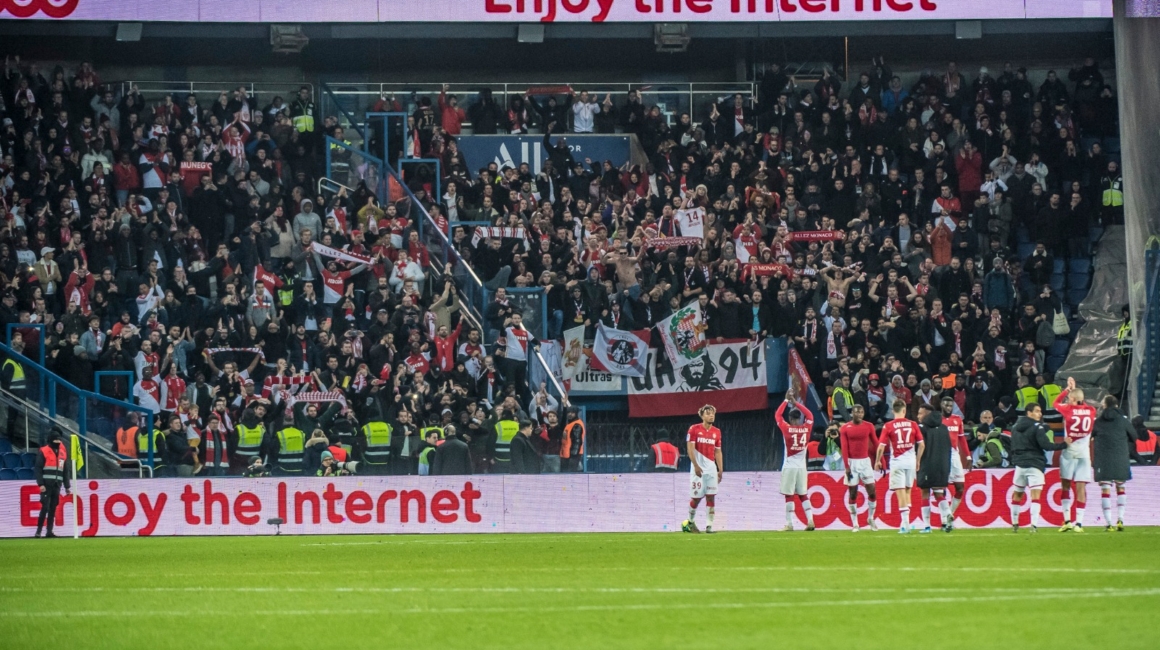 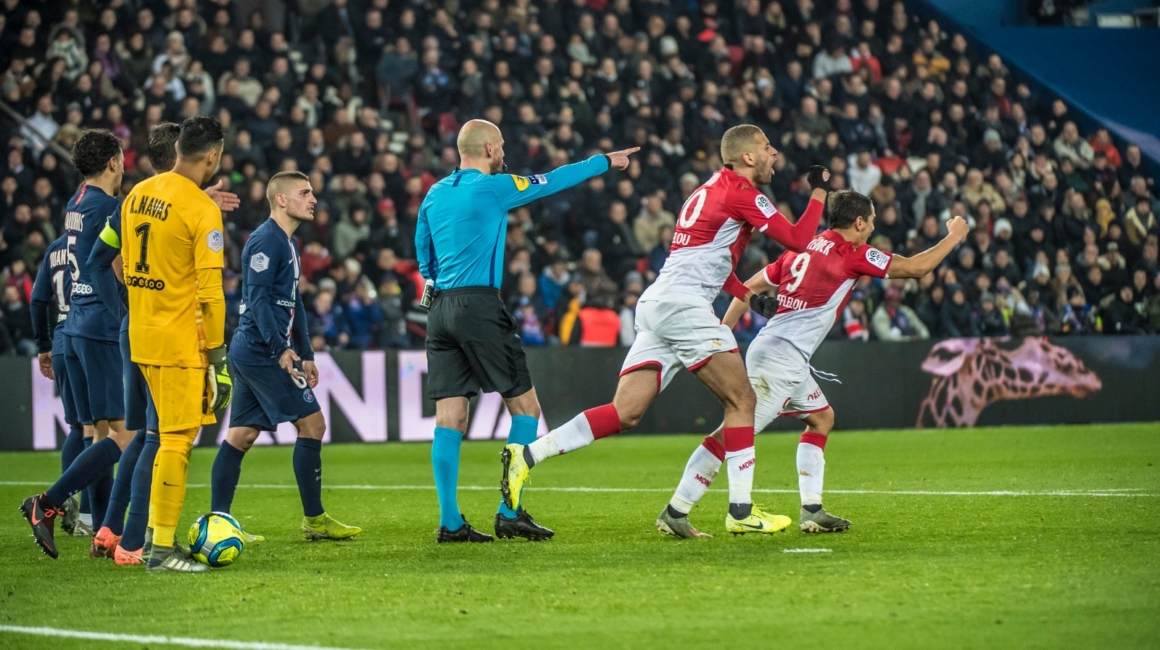 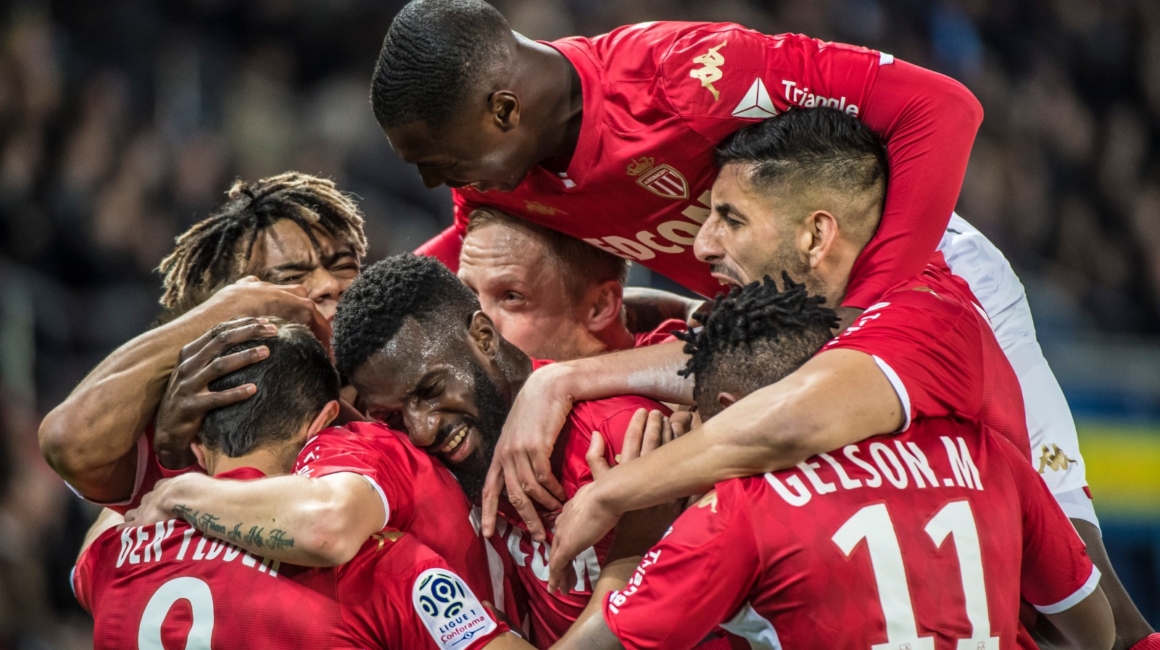 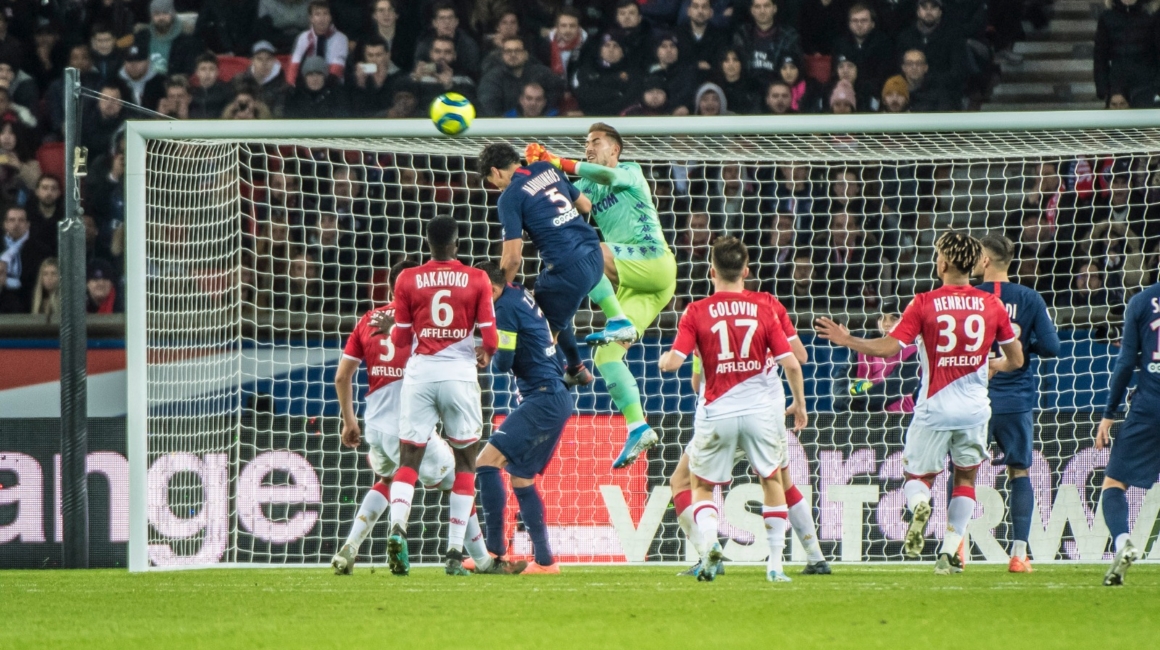 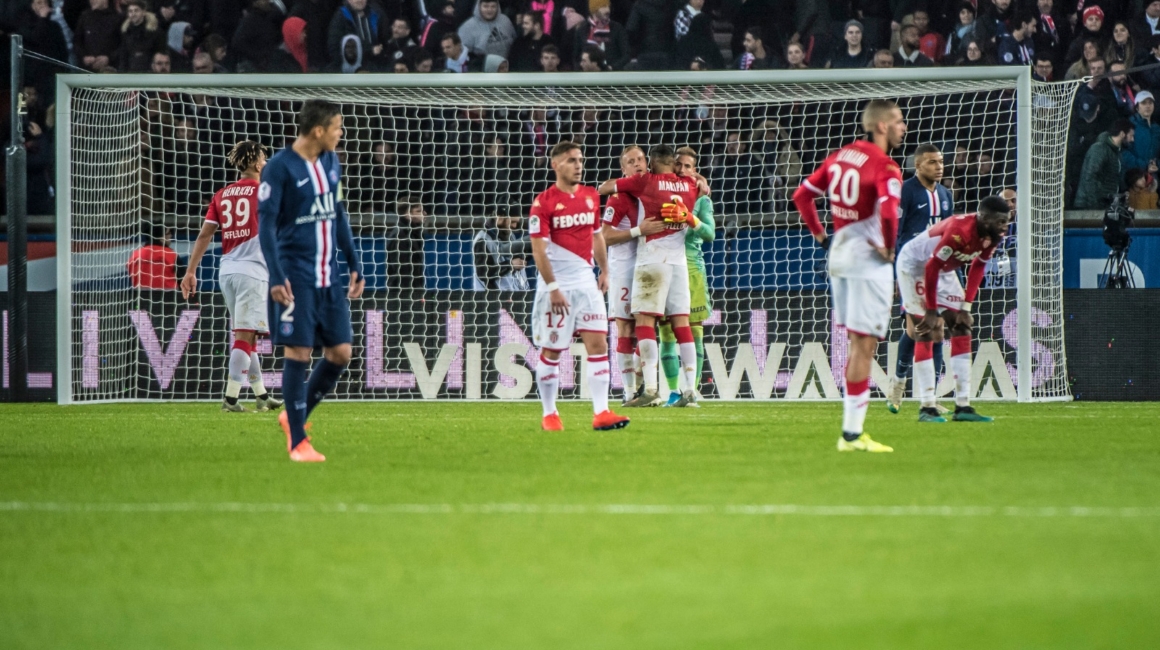 The attacking choice of Robert Moreno

In the second half, Bakayoko was the first to try his luck with an shot over the bar in the 49th minute. Gelson continued to be dangerous on the right wing, but PSG were close to a knockout blow when Neymar faced the Monaco goal in the 54th on a ball by Di Maria. The stadium held its breath, but Lecomte stood up brilliantly. While the Monaco defense brilliantly faced down the Parisian attacks, its counterpart was very happy to see Golovin and Baldé fail to link up at the conclusion of a superb collective movement initiated by Ben Yedder. One felt that something could still happen in this match, something of which Robert Moreno was convinced when he made his first change a very attacking one by replacing Cesc Fàbregas with Islam Slimani in the 64th. A midfielder for an attacker, the tone was set and the choice quickly paid off.

After a superb bit of play from Gelson, Slimani recovered the ball in front of Navas and equalized in favor of AS Monaco. His joy was short-lived, however, as the assistant raised his flag to signal offside. However, Mr. Gautier consulted VAR and found that the Monegasque striker had been played on by Marquinhos, the last player to have touched the ball before the Algerian international, who could finally celebrate. Now 3-3, the match was on level terms twenty minutes from the end. From then on, defence took precedence over the attack, which did not prevent the two teams from obtaining two good chances in turn. AS Monaco were first with a recovery from Meunier on a shot from Bakayoko, followed by a save from Navas after a header by Slimani on the corner that followed (87th). Then PSG had a chance in additional time, with Mbappé (95th) putting a shot off-target, before a header from Cavani was stopped by Lecomte (96th). This action was the last of the match, which ended in a draw. After a superb battle between PSG and AS Monaco delivered one of the best matches in Ligue 1 Conforama this season, the two teams will meet again on Wednesday at the Stade Louis-II