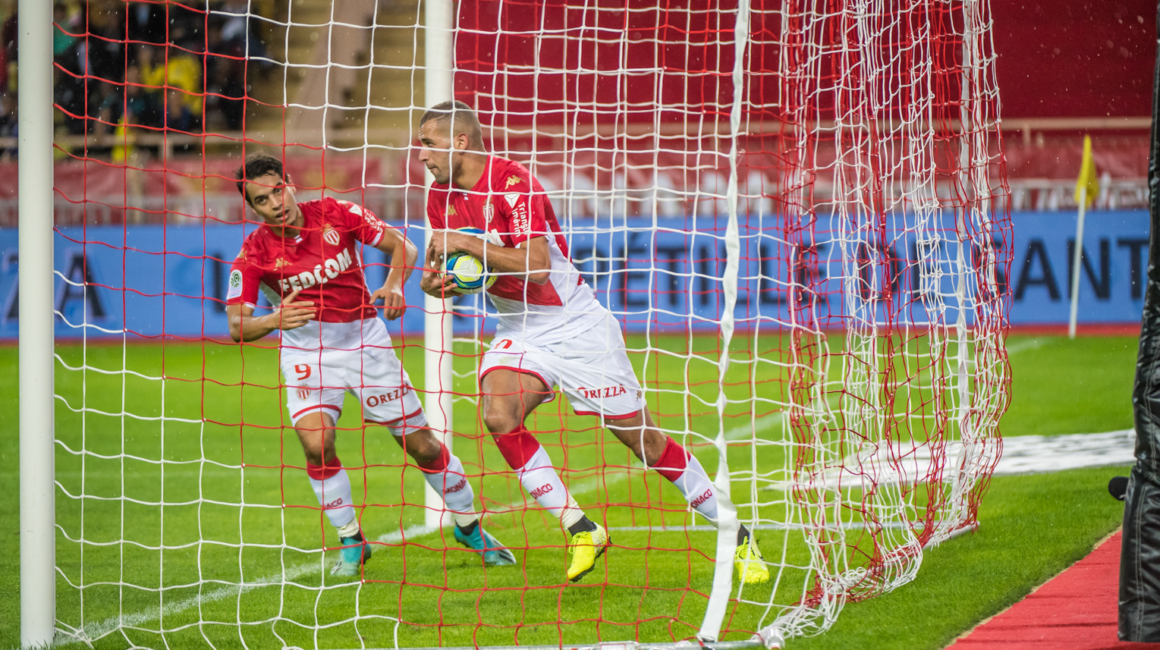 Nothing seems to stop the magnificent duo formed by Wissam Ben Yedder and Islam Slimani as we are a quarter of the way through the Ligue 1 season.

Scoring his second double in the red and white jersey against Rennes, Wissam Ben Yedder has taken the lead among Ligue 1’s scorers, now with 8 tallies this season. Scorer of the equalizer, Islam Slimani scored his fifth goal of the season.

Ben Yedder/Slimani is a duo who have weighed in with 13 goals after 10 matchdays, a total greater than or equal to that of 14 teams in Ligue 1! All of this comes despite having respectively played only 8 and 7 games since their arrival at AS Monaco during the month of August, a stat that gives full measure of their performance.

To illustrate the relationship between the two strikers, we can highlight that 50% of the goals scored by Wissam Ben Yedder with AS Monaco were from assists by Islam Slimani, as was the case on the first by the French international in this match.

And to give an even greater dimension to this beautiful pair, we can also emphasize the regularity with which they demonstrate their ability. Wissam Ben Yedder has scored in his last five league games, an impressive first for him; Islam Slimani has done the same in terms of assists.

Nothing seems to stop the two men. In the five major European championships, only Robert Lewandowski (12 goals) and Ciro Immobile (9 goals) have scored more than Wissam Ben Yedder this season; he has an impressive average of 1 goal scored every 70 minutes! In addition, WBY  has the excellent habit of filling the net at each of his appearances at the Stade Louis-II.

As for Slimani, he never seems to stop ticking over the counters of the data purveyor Opta. His involvement in 12 goals in his first 7 Ligue 1 games is a record since Opta have begun analyzing Ligue 1. The Algerian international has only done better than Neymar, who was involved in 11 goals in his first 7 games with the PSG in 2017 (although Opta has only 11 goals for Slimani in its tweet, ed)!