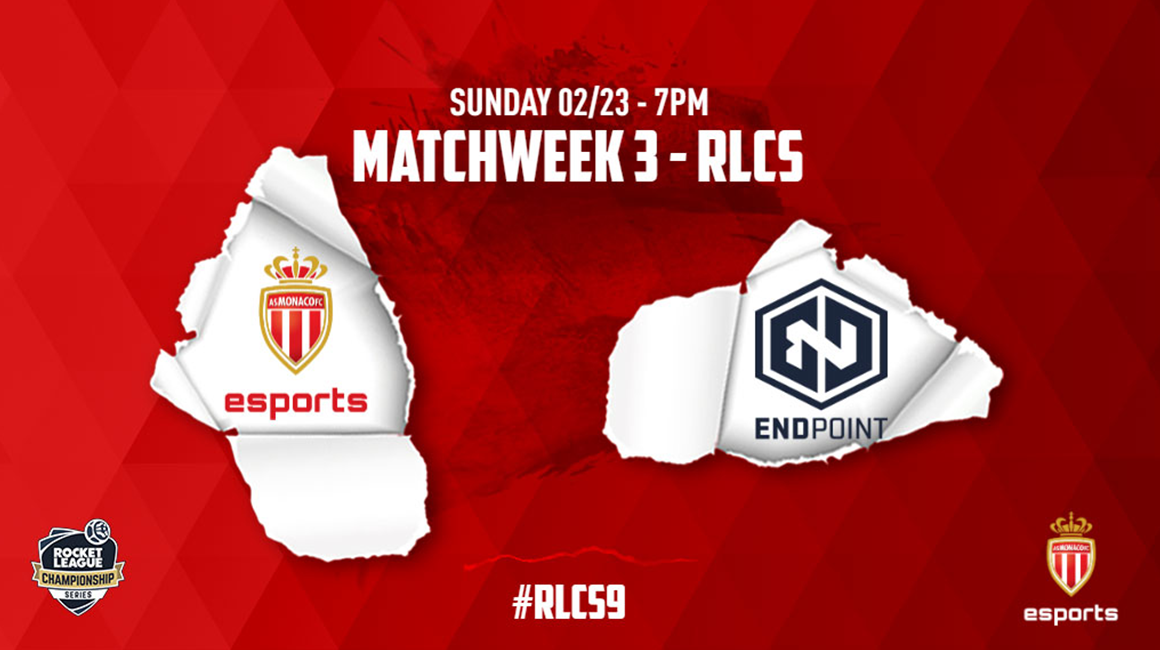 Ahead of the third day of the "Rocket League Championship Series", AS Monaco Esports must win to get their season on track against Endpoint Esports.

After losing its first two games to Mousesports (3-1) and then to Team Dignitas (3-1), AS Monaco Esports has every intention of catching up in the championship this Sunday.

They will face Endpoint Esports, currently last in the ranking, and with a lower win ratio than the Red and Whites. This match is very important for AS Monaco Esports, which intends to impose itself and thus show its ability in competition.

Let’s not forget that Endpoint Esports have faced the two leaders of the league, Renault Vitality and FC Barcelona (3-1 and then 3-0 defeats). The English side find themselves in difficulty at the moment but remain serious opponents for AS Monaco Esports.