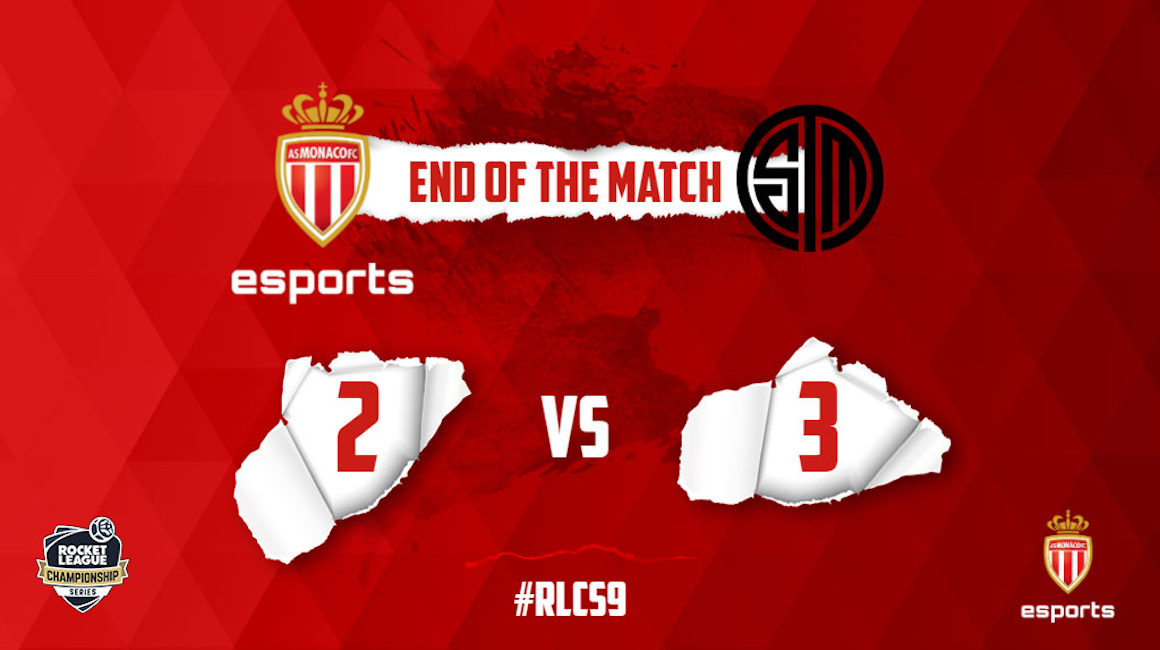 AS Monaco Esports ended their two matches against Renault Vitality and Team SoloMid with the intention of coming back even stronger in the rest of the competition.

This weekend not one but two matches awaited AS Monaco Esports in the Rocket League. At the end of these two contests, a spirit of revenge appeared on the side of the Red and Whites. If the team stayed in last place, it still demonstrated plenty of talent this Sunday!

The first duel pitted AS Monaco Esports against its French rival Renault Vitality, the RLCS’ leading team. After dropping the first two games, the players from the Rock brought it back to 2-1, but ultimately lost the match by the score of 3 to 1. It wasa confrontation that brought hope for the future!

A much more closely-fought encounter then awaited AS Monaco Esports against Team SoloMid. The Rouge et Blancs, beaten at first, then went up 2-1 against the English. A few minutes later, Team SoloMid had won the game 3-2.

We won’t stop fighting until the last week is over! We gonna train as hard as we have been in the last weeks as well. There’s no way we put down our heads and we’ll be back next week for sure!
It’s depressing, but I still believe and love my team.

If the two matches did not end in victory, they will have given AS Monaco Esports the opportunity to shine on many fronts, including their number of rescues… up to 36 against Team SoloMid! The Principality’s players will next face Veloce, currently second in the championship, next Sunday.