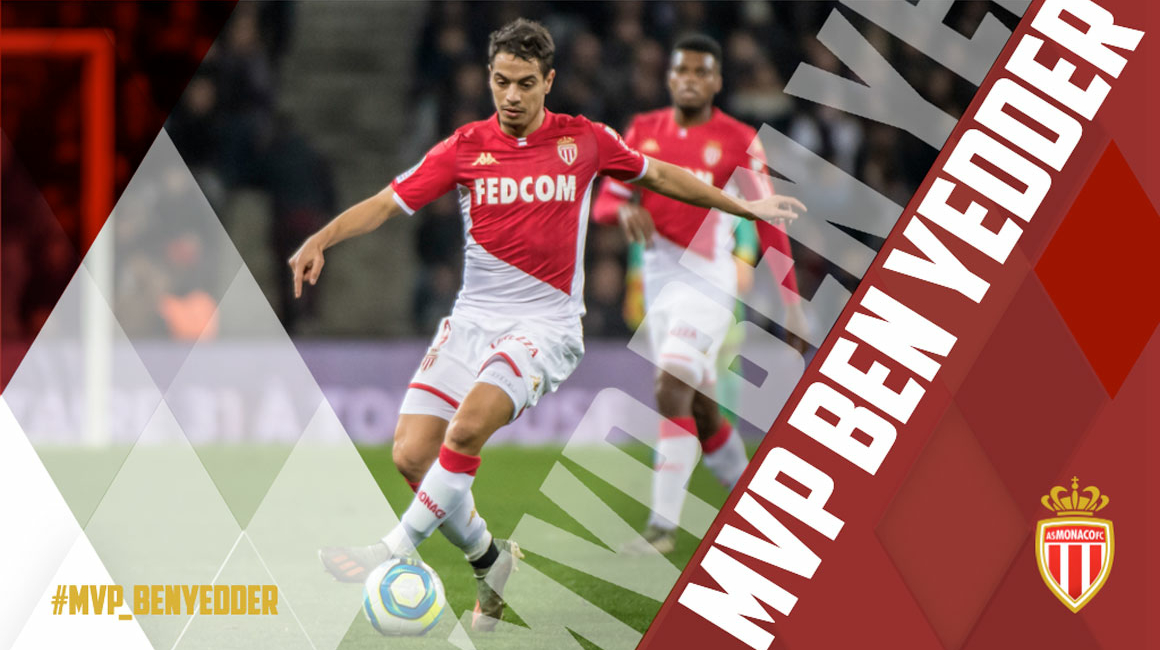 Elected match MVP three times in December after his performances against Toulouse, Amiens and Lille, Wissam Ben Yedder was logically named MVP of the month by fans on the AS Monaco App.

“WBY” had already been elected MVP of October, so the striker has earned a double in December to end 2019 in style. With more than 70% of the votes in his favor, the red and white n ° 9 is ahead of Aleksandr Golovin and Benjamin Lecomte on a podium comprising the same players as in November, but in a different order, as Golovin had previously finished in front in front of  Lecomte and Ben Yedder.

All of these three players, as well as Islam Slimani, are in the running in the MVP Mid-Season vote which will be live at the end of the day and will allow you to choose the player who most impressed you during the first half of the 2019-2020 season.