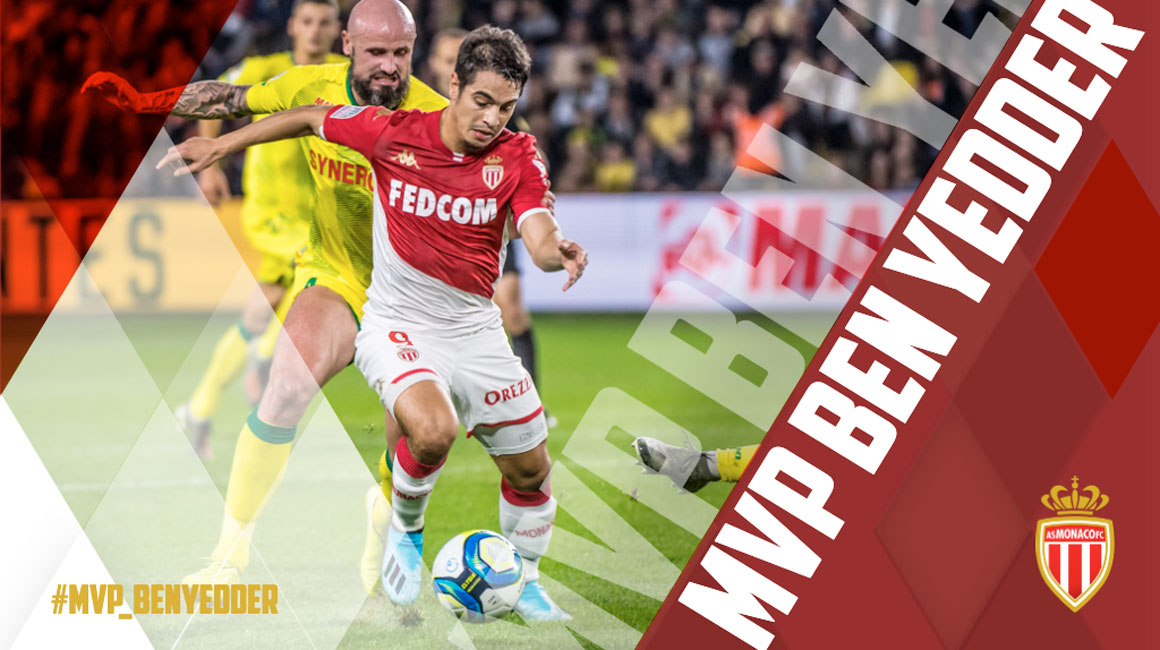 The French international striker, decisive scorer against Rennes and Nantes, was elected MVP of the month of October by a wide margin. He succeeds Islam Slimani who won the award in September.

The podium is completed by Aleksandr Golovin and Islam Slimani, but with 69.5% of the votes in his favor, Wissam Ben Yedder is far ahead in this vote for the month of October. Even if the excellent performances of Golovin against Nantes and Marseille have been recognized, as well as the assists of Slimani against Montpellier and Rennes, the double of Ben Yedder against the same Rennes, as well as his gem away to Nantes, weighed very heavily in this vote MVP for October.

A record-breaking start to the season

Combining efficiency and beauty in his play, the red and white No. 9 has taken the lead in the Ligue 1 scoring table and has become the fastest Monegasque player to score nine goals in the league. Another record: it’s six straight games that Wissam Ben Yedder has scored in Ligue 1!

We should also not forget a fine start to the international campaign with Les Bleus, an excellent entry into the game in Iceland and a start against Turkey; we can say without exaggerating that “WBY” has made an exceptional debut with AS Monaco, worthy of the great scorers who have worn this shirt before him.