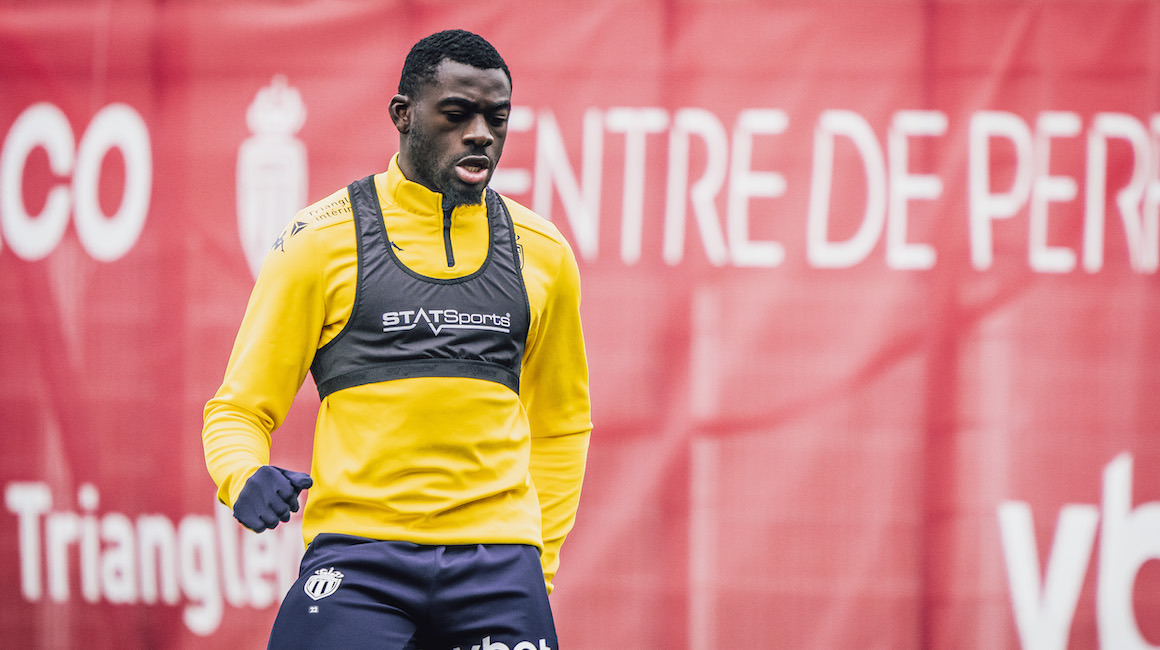 The AS Monaco midfielder spoke about the crucial match against Strasbourg this Sunday (3 p.m.) at a pre-match press conference, on the eve of the team's trip to Alsace.

Show their true character! This is the motto of the Rouge et Blanc before their trip to Strasbourg on Sunday (kick-off 3 p.m.), as part of the 28th round of Ligue 1. This was confirmed by Youssouf Fofana to the media, at the day before the team’s trip to La Meinau. It’s a crucial meeting in the race for the Top 5, against a Racing side who are three points ahead. 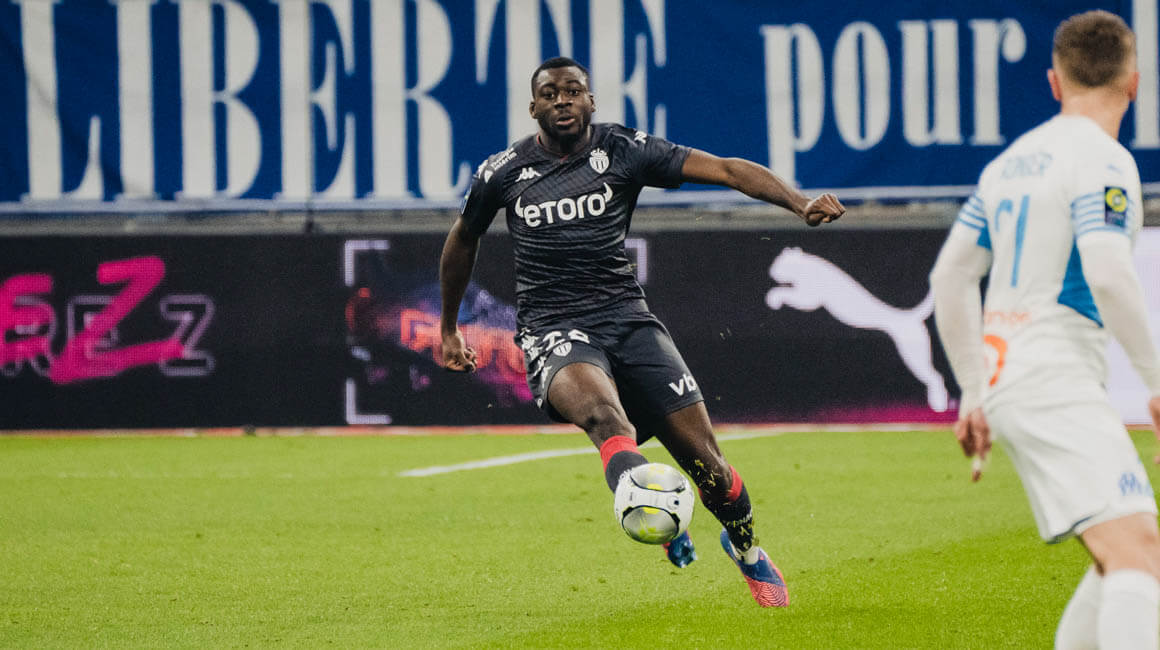 The match in Braga

I was suspended, so I may have had more perspective to analyze our performance. We created a lot of chances and we scored two goals that were unfortunately disallowed for offside. So I think we lacked a finishing touch in this game. The return leg is a bit far away, we must first focus on this match Sunday against Strasbourg. In any case, I think we have our chances to win; we need to believe in ourselves.

We are competitors, and always want to win. I can tell you that at the end of the matches we talk to each other, and we tell ourselves that there are things to be done between now and the end of the season.
Youssouf FofanaOn the team's desire to win

A lack of finishing

For me, we are most lacking in our luck right now. On their first chance they scored from 35 yards, the ball was deflected twice and landed at the attacker’s feet. We had control of the game, but luck was not with us, and that’s part of football. We are competitors, and always want to win. I can tell you that at the end of the matches we talk to each other, and we tell ourselves that there are things to be done between now and the end of the season. I’m sure it will end up working out in our favor.

His return to Strasbourg

I played for a year and a half in Strasbourg, but it was really intense. I had a little ritual to share my joy with the supporters after the victories. They were always behind us, and it will make me happy to see them again. In sporting terms, it does not surprise me to see Strasbourg at this level. This was the club’s long-term project. Their results are good, but we will have to stop this dynamic on Sunday to catch up to them in the standings.

Physically I feel good, so I'm ready to help the team. We all want to show that we can do better, that we deserve better and we are working to improve even more.
Youssouf FofanaOn how he feels at the moment

His role in midfield

It’s quite simple, I don’t take chances until the ball is in front of me. If the ball is between my defenders and me, I don’t take any risks. On the other hand, if he is between my attackers and me, I try to be creative. We always try to keep three men behind the ball, while also keeping someone centrally in front of the defense. I think that in this way we know how to manage the imbalances that can be created during a match.

The disappointment of being knocked out of the Coupe de France

After the semi-final in Nantes, I was a little disappointed, because we had just made the final the year before. And when you are a competitor, you always want to do better. Despite everything, the objective in coming to Monaco was to help put the Club in its place, in Europe. This was done last year. And that is again our goal this season. It’s up to us to ensure that we play in Europe again next season.

His status in the team

When the new coach arrived, I had COVID-19 and some pain, and needed time to regain my feelings, and my teammates had good matches, so it was not easy to find a place in the eleven. But every time I have the opportunity to play, I want to take my chance and show what I can bring to the collective. Physically I feel good, so I’m ready to help the team. We all want to show that we can do better, that we deserve better and we are working to improve even more. 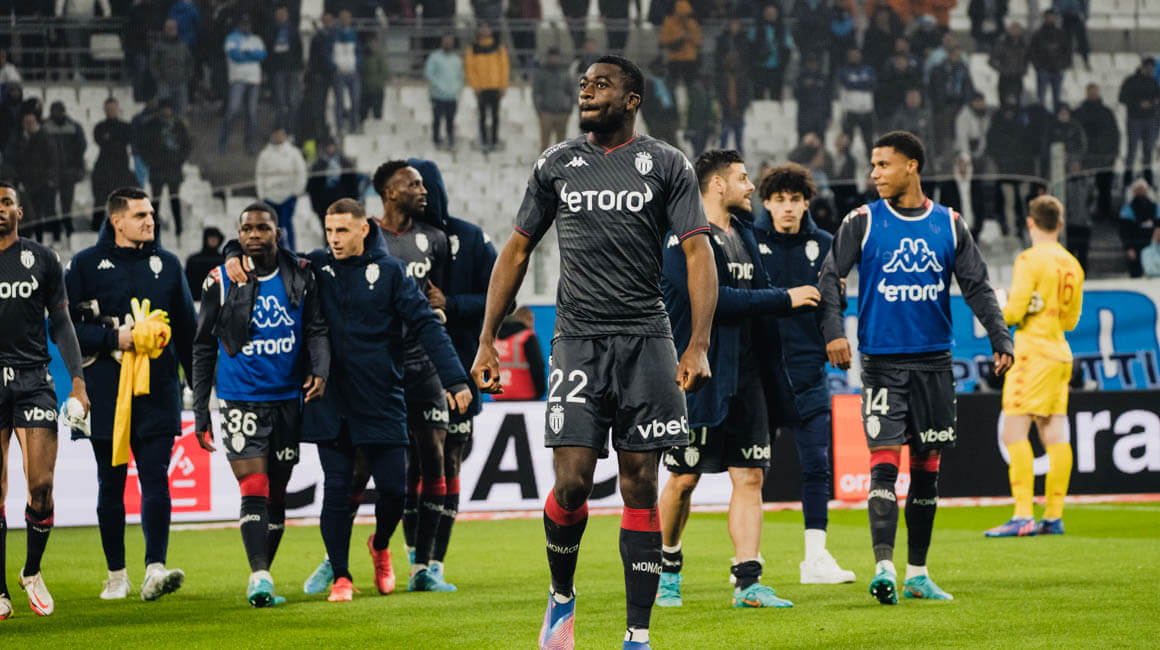 Goals for the end of the season

We must remain optimistic. We give our all on the pitch, we know our abilities and we believe in ourselves. We are still in the race to get a place in Europe, so we will do everything to reach it. We are young, we are working to gain experience and maturity as the matches progress.

We feel that they are fully with us, and that pushes us to get results. I hope we will bring back a victory from Strasbourg for them.
Youssouf FofanaOn the support of the fans

In Marseille, we forgot our respective positions in the standings. Once you’re on the pitch, it’s a football match like any other, and you have to win. We thought it was a match to be won, regardless of the fact they were in second place. And we did. Currently, I think that we are not judged fairly. We’ve entered a period where, regardless of the team in front of us and whether the match is at home or away, we have to win!

The support of Monegasque fans

When they came to see us before facing Marseille, they gave us lots of positive messages and encouragement. We feel their support and I think we tried to give them back by winning this big match and going to thank them and share our joy at the end of the meeting. They also came to see us after Nantes at the airport, to show that they were behind us. We feel that they are fully with us, and that pushes us to get results. I hope we will bring back a victory from Strasbourg for them.