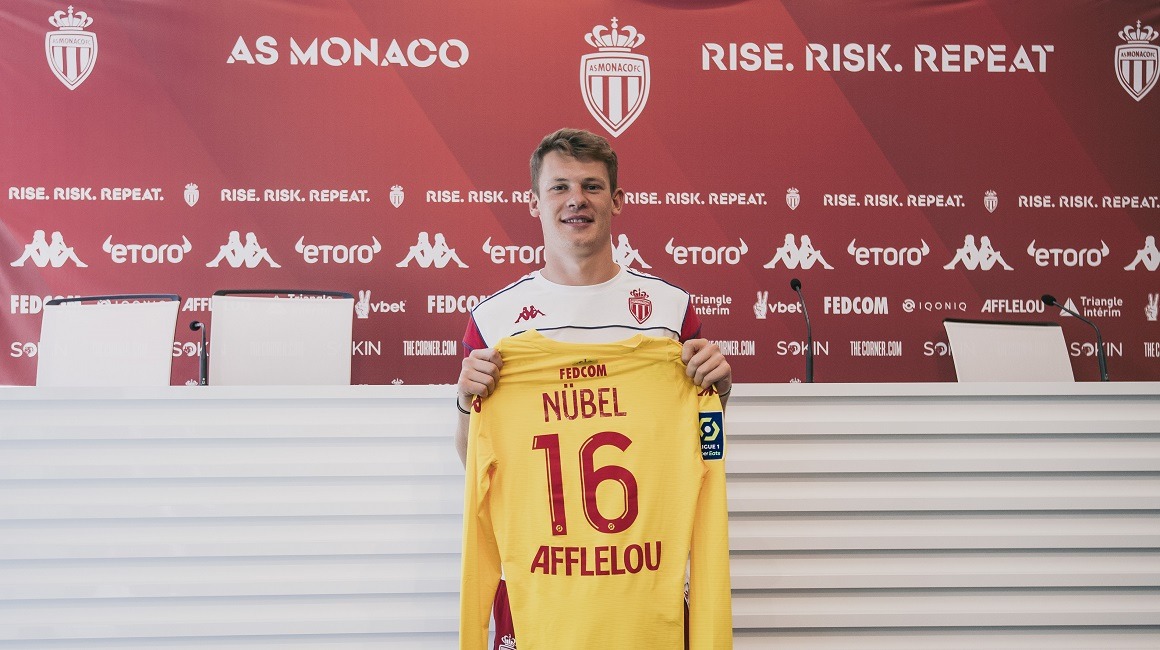 Réservez vos places pour Nantes sur la billetterie en ligne
Having arrived at AS Monaco on June 27, on a two-year loan from Bayern Munich, Alexander Nübel was officially presented on Monday in the auditorium of the brand new Performance Center. It was an opportunity for the German goalkeeper, 24 years old, to express his joy in joining the club and to talk about his career and his ambitions.

Having been with the club for over a month, Alexander Nübel has already made his mark. The 24-year-old German goalkeeper, who has joined on loan for two seasons from Bayern Munich, has already taken his first steps in Monegasque goals during the preseason. The only thing missing was his official presentation, which was made this Monday, along with that of his compatriot Ismail Jakobs, in the presence of Vice-President and CEO Oleg Petrov and Sporting Director Paul Mitchell. Here’s a look back ath this presentation, which was given in the auditorium of the new Performance Center.

I chose Monaco because it was a good opportunity, it's a great club. The training center is brand new, the facilities are superb. It's the right choice for me, I'm very happy with it.
Alexander NübelGoalkeeper, AS Monaco

Hello Alexander. Why is going on loan for two years to AS Monaco important to you?

I would first like to thank Paul Mitchell for his kind words. First of all, I am happy to be in Monaco. It’s better for me to stay here for two years because it’s hard at the beginning to get used to a new league, to new players. It will be more comfortable for me to acclimatize to Ligue 1 and find the right rhythm. I’m really happy to join Monaco and can’t wait to start the season.

Why did you choose AS Monaco? Does having other German players in the squad help you integrate?

I chose Monaco because it was a good opportunity, it’s a great club. The training center is brand new, the facilities are superb. It’s the right choice for me, I’m very happy with it. I always wanted to play in another country, another league. Maybe it came sooner than I thought but it’s good, I’m going to learn a new language. It’s good that there are Germans in the squad, we can speak a little German, but I’m going to learn French, so it will be easier.

You started as an outfield player before becoming a goalkeeper. Can you explain your path to us?

I started playing as a midfielder, a number six. I played in this position until U14 and then I went in goal because I had to decide, my coaches asked me to choose. I think this decision was not that bad and I’m really happy to play goalkeeper.

How are you going to handle the competition with the other ‘keepers in the squad?

At all the clubs there is competition, Monaco is no exception to the rule. There is a good sense of friendliness with Benjamin, Vito and Radoslaw. We help each other, we talk to each other a lot. It is our performance in training that will allow us to play. 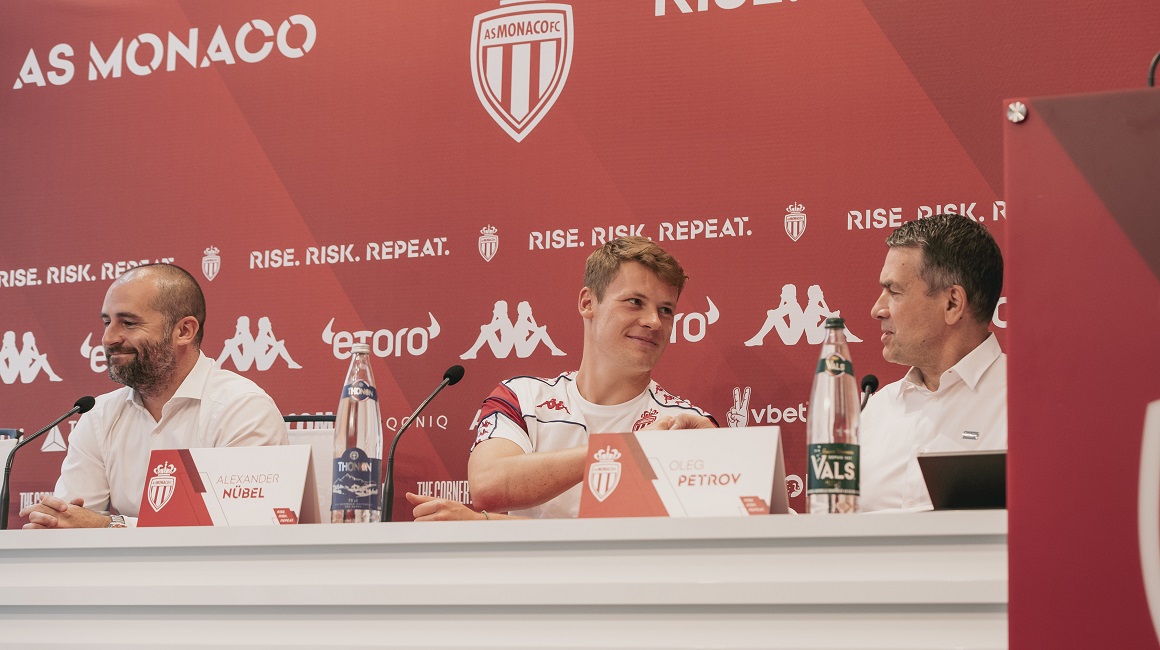 Is it difficult to be thought of as Manuel Neuer’s successor in Germany?

The newspapers have always written that but I am concentrating on myseld, I want to find the rhythm and the playing time that I had at Schalke 04 and come back stronger to Bayern Munich. Then we’ll see what happens.

How are you approaching the match against Sparta Prague, in the third preliminary round of the Champions League?

We are ready, we have worked a lot, worked hard. We are well prepared and we are ready for this game.

Bayern Munich have offered us this possibility with a two-year loan and we think that is the right time to really progress and develop.
Paul MitchellAS Monaco Sporting Director

“Thank you for being here at our new training center. We are very happy to introduce our new players to you. They have already started work here in Monaco, and have demonstrated their abilities.”

“We are happy to introduce you to Alexander Nübel, who is a talented goalkeeper. I know him very well, as does Niko. I have been following him for years, when he was playing at Schalke and when I was in charge at Leipzig, but unfortunately we failed to sign him, given the interest of Bayern Munich. I think it is a good step for him to sign with AS Monaco today.

His position is different from the others. We want to give Alex this opportunity to get used to a new league. Bayern have offered us this possibility with a two-year loan and we think that is the right time to really progress and develop. My job is to bring competitive players to the squad. We are very fortunate to have a great group of goalies. When we had the opportunity to see Alex join us, we didn’t hesitate to bring more quality, and that’s what we try to do in all positions. We want to progress and this is another example of that.”