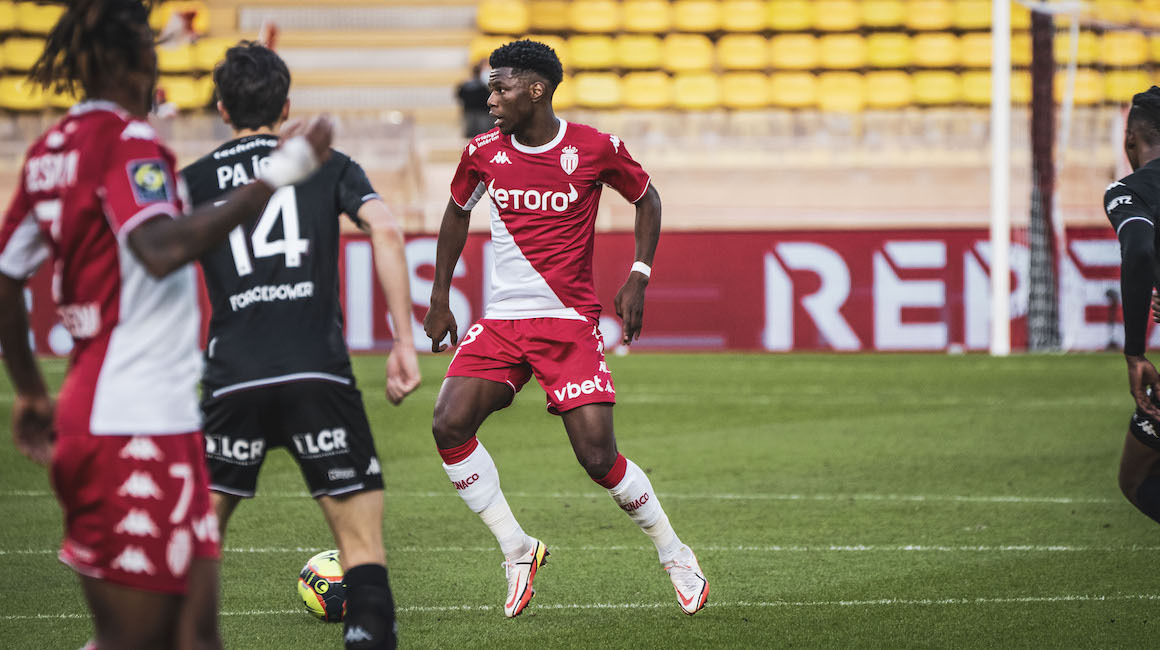 Satisfied with the team’s latest positive results, including qualifying for the Round of 16 of the Europa League, the Monegasque midfielder spoke to the media ahead of the team's big match against PSG on Sunday (8.45pm).

He likes big matches. Now accustomed to playing with France, including a first title in the Nations League in September, Aurélien Tchouameni is eagerly awaiting the big match tomorrow against Paris Saint-Germain. Ahead of the big game of Matchday 18 of Ligue 1 on Sunday (kick-off 8:45 pm on Prime Video), the Rouge et Blanc midfielder spoke about AS Monaco’s current form to the press. 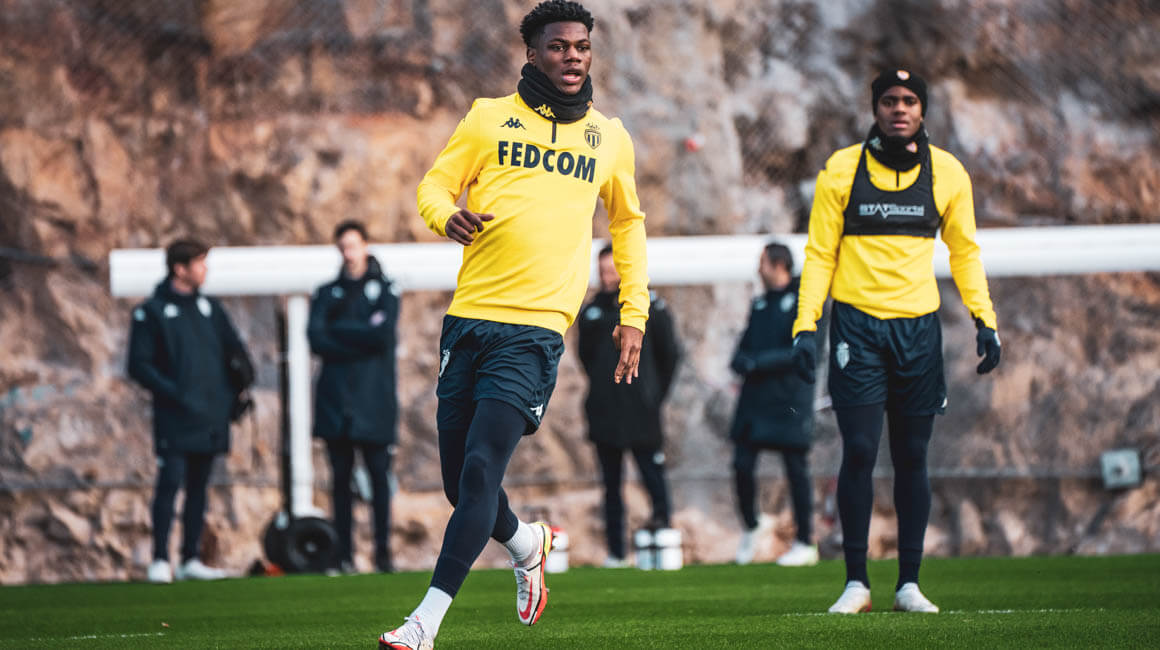 Personally and collectively, we have fond memories of these two victories against Paris. Besides, I remember talking about it with Kylian (Mbappé), when we played with Les Bleus against Kazakhstan last month. We laughed about it together. But that doesn’t mean we’re going to produce the same performance. There will be a new story to write tomorrow.

On the absence of Kevin Volland

Obviously his absence is regrettable, because he is a very important player; a key member of the squad. But we have some very good players to make up for his absence, so I’m not worried about that.

This match will be won in the duels, whether offensively or defensively. What is certain is that we will have a lot of desire and determination to win this match. In every match there is an objective, whether it is Paris or another team. Once again, we will put in all the ingredients to bring back a result.
Aurélien TchouameniMidfielder, AS Monaco

The key to the match

This match will be won in the duels, whether offensively or defensively. What is certain is that we will have a lot of desire and determination to win this match. In every match there is an objective, whether it is Paris or another team. Once again, we will put in all the ingredients to bring back a result. In any case, a maximum level of concentration will be required.

A way of playing that speaks to him

I like it when the team looks to press high, and after that we must do is according to the qualities of our squad, and it also depends on what the coach wants. I remember that last season, we played lower on the pitch against PSG, and that was successful for us. Conversely, in Donetsk, we had tried to press them very high. We haven’t talked about it yet. I have no preferences, and we have complete confidence in the coach. 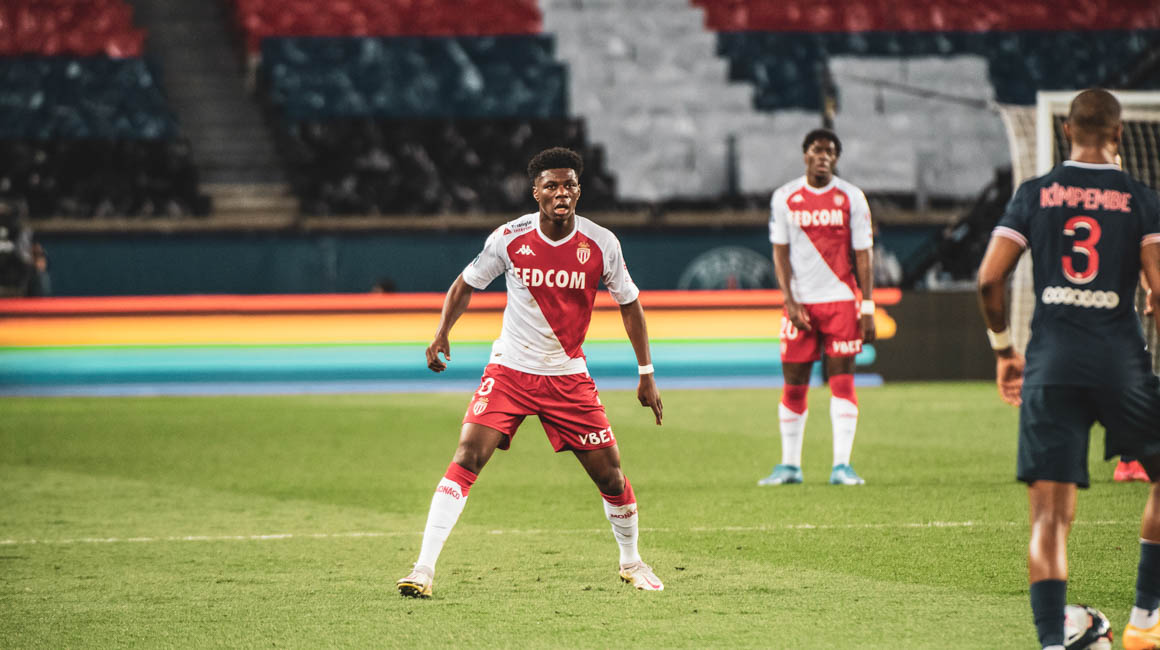 On playing against Lionel Messi

We’ve seen Lionel Messi play since we were little, so it’s nice to play against him because we can tell our kids later that we did. But on the pitch, honestly that does not change anything. Whether it is Lionel Messi or another player, it will be necessary to be ready to get stuck in.. You should not be overcome by the emotion of playing against such a player.

On his new status within the team

I am trying to improve, and I work for it every day. Now, my status today requires me to be even more of a leader, be it on or off the field. I listen to the advice of the coaching staff every day, and I work with the team to make the results even better.

I think their start to the season has been good. If you are first in the league, with a big lead over second place, and you're qualified for the knockout stages of the Champions League, you have done the job.
Aurélien TchouameniMidfielder, AS Monaco

I think their start to the season has been good. If you are first in the league, with a big lead over second place, and you’re qualified for the knockout stages of the Champions League, you have done the job. Maybe they defend better when they don’t play with four in attack, but there are bound to be pros and cons when they’re not lined up that way.. With or without Neymar, it will be a great team to face.

The confidence that comes with a winning run

I don’t think we’ve come back to the level where we were at the end of last season yet, because not everything is perfect yet. Despite that, we remain on a run of eight matches without defeat, and we hope to continue in this way. The second part of the season was excellent, but honestly I hope we don’t have to chase the others as much, which will mean that we will already be well placed in the table come the winter break. 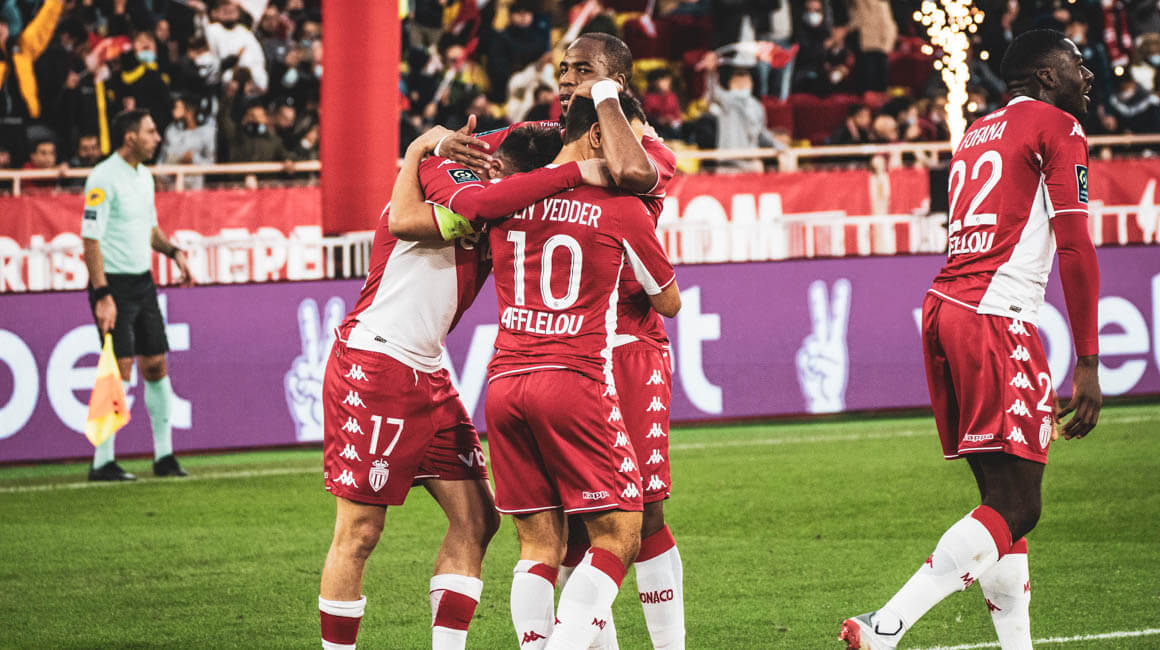 On how the team attacks

Wissam (Ben Yedder) and Myron (Boadu) are not the same players. Wissam is more into building play, he tries to get the team to play, while Myron is a powerful player, who uses place to allow us to beat the opponents’ block. There is competition in our team, and even when he is not starting, Wissam is the first to give us advice and encourage us. He is very important for the team. Regarding Myron, there are many examples of young players who need time to adjust. We did everything to integrate him well, give him advice and encourage him. And today he is showing his qualities on the pitch.

The next round in the Europa League

Obviously, we were keen to get this competition off to a good start, and we qualified by coming first, so we got the job done. I even saw that we were one of a few teams not to lose a match in the group stage, so it shows that we have been performing well. After that, there are some big teams that are coming in from the Champions League, so we know that it will be a very high level of opposition in the next round.