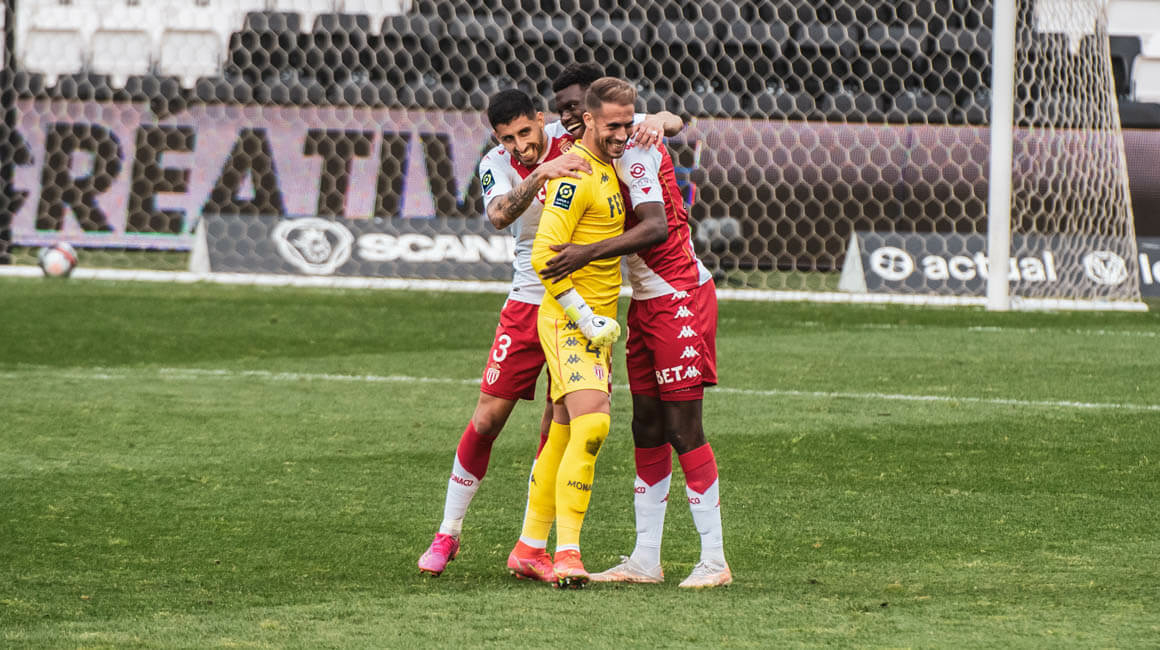 Author of a 6th consecutive clean sheet, the Monegasque goalkeeper had a rather quiet match with no shots conceded. He spoke to the post-match press conference to talk about the success of his work in training and his goals for the future.

And it’s 6! Today’s win marked a sixth straight match without conceding a goal for Benjamin Lecomte in the league, he who had a rather quiet afternoon in his team’s 1-0 victory at Angers. The Monegasque number 40 had no shots on target and thus made no saves, contenting himself only with claiming crosses and playing the ball out from the back. After the match, he spoke with the media to talk about his team’s 22nd win of the season and to discuss the run-in. 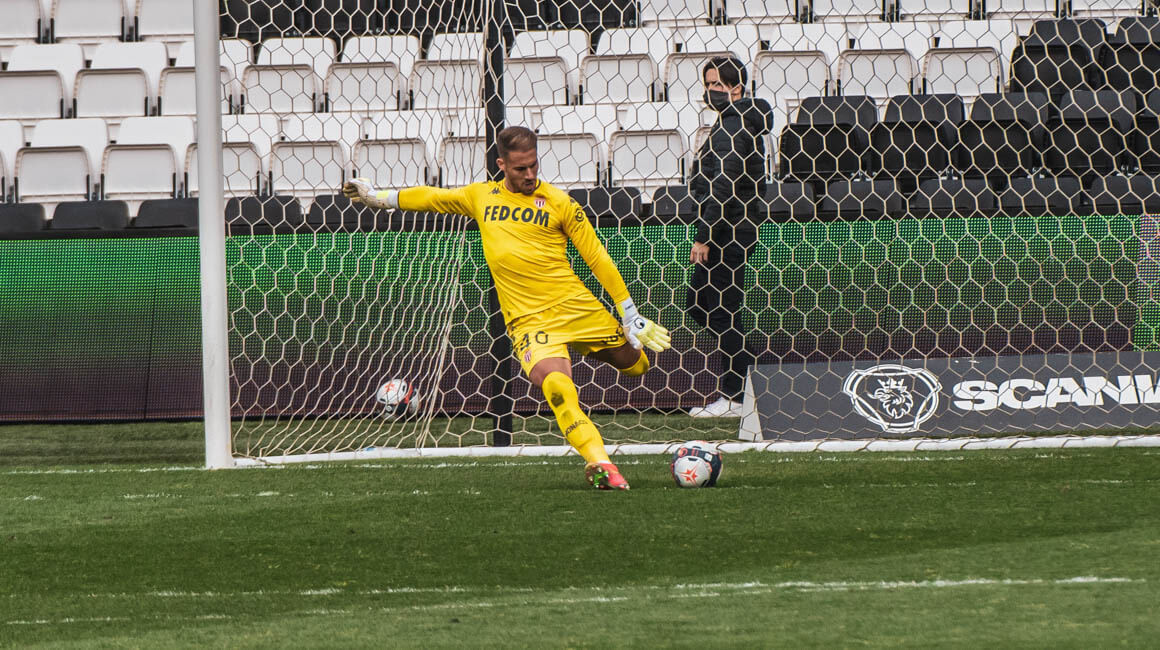 We were up against a team that was solid defensively. I'm glad we were able to win this match. We are now going to rest for the big game next weekend.
Benjamin LecomteGoalkeeper, AS Monaco

Good evening Benjamin. It was a pretty quiet evening for you…

There were no saves to make but a lot of transition play and counters which could have been taken better by the Angevins. It was a very mentally exhausting game. We were running hard to get these three points. We were up against a team that was solid defensively. I’m glad we were able to win this match. We are now going to rest for the big game next weekend.

How is the team feeling after this result?

We continue to work and move forward. We’re taking the matches one after the other. It’s working well for us. We are not going to get ahead of ourselves by targeting such and such a place. The club’s goal was 4th place, it’s come to pass. We will continue to do what we know well. That is to say to attack better, defend better and we will see where that has us at the end of the league season. 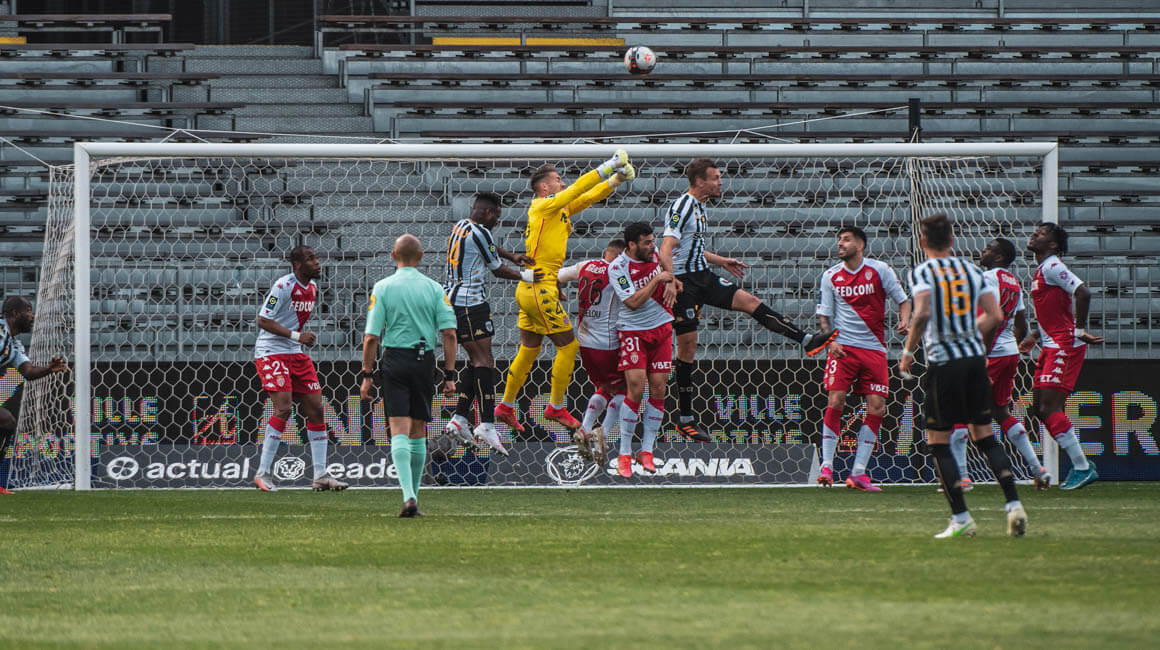 Do you feel something big is in the making?

It’s been a very motivating season. It took a long time to take shape, to put things into place to have this offensive and defensive balance. I’m very happy to see the whole team celebrate having clean sheets, and goals. It shows a real desire on both sides of the field to be the best performer. I’m glad to see that our work has paid off. We’ll see if things pay off and hope to finish as high as possible and we’ll do the math at the end of the season.

Next Sunday, do you expect the same type of battle as during the Cup match?

Indeed, that was closely fought, as it will be next weekend. It’s a big match that will count for plenty in terms of the top spots. We will recover well because we know that it will be an intense and difficult match. We will have to be efficient at both ends of the pitc. We will prepare for it as best as possible and we will see come the end of the match.

That's Wissam. In front of the goal, he is surgical. I'm glad to see that even though he's not the starter, he shows that strength of character. He allowed us to win this match with a magnificent goal. He is very strong. He puts himself in the service of the collective.
Benjamin LecomteGoalkeeper, AS Monaco

Tell us about the play of Wissam Ben Yedder, who was again decisive coming off the bench…

That’s Wissam. In front of the goal, he is surgical. I’m glad to see that even though he’s not the starter, he shows that strength of character. He allowed us to win this match with a magnificent goal. He is very strong. He puts himself in the service of the collective. But no matter what role he plays, we are all giving our utmost to try to win these matches, and this is working well for us so far.

One has the feeling that this team never panics…

It is true that we have been successful. We are working to make sure to make the matches are easier. We faced a team playing a low block, and defending well. They left little space at the back, and this was our third match of the week. There was accumulated fatigue for those who played. We knew it was going to be a very tough match. After the Cup game, we rested and prepared for it. We saw that things took a long time to settle. 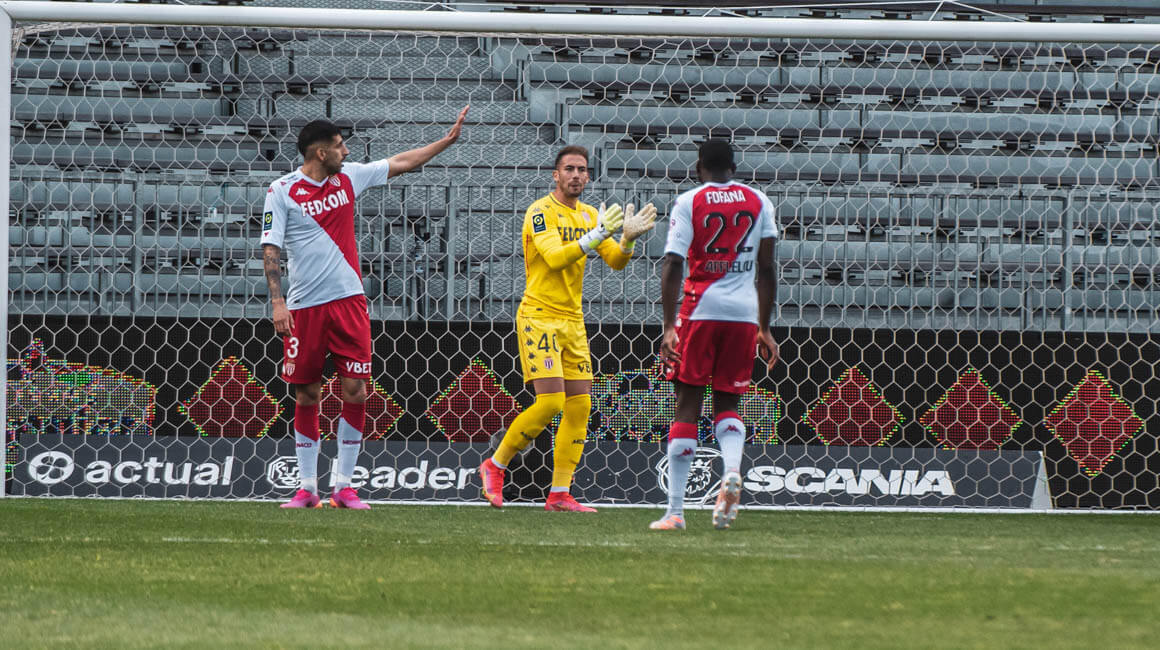 Would it be a disappointment to finish 4th and be eliminated in the semi-final of the Coupe de France?

Obviously as competitors, it would be the case. In terms of the club’s goals, though we will have met them. It’s human, of course, to always be aiming higher. As I said, we don’t plan to say: “We want this final, we want this Coupe de France, we want first place”. What we want is to look at the match against Lyon. We’re going to rest well for this game because we know it’s going to be tough.