AS Monaco hosted Real Sociedad this Thursday at the Stade Louis-II, on the occasion of the 5th matchday of the group stage of the Europa League. It was a big match, with first place on the line, and it was won by the Rouge et Blanc (2-1), who qualified for the round of 16 of the competition.

“Two match points”. This is how Niko Kovac described the last two matches of the group stage of the Europa League, against Real Sociedad and Sturm Graz. AS Monaco took full advantage of its first opportunity this Thursday evening at the Stade Louis-II, dominating the Basque club (2-1) in what was a lively and energetic game.

With HSH Prince Albert II watching the match from the royal box in the company of Ekaterina Sartori Rybolovleva, Juan Sartori and Oleg Petrov, the Rouge et Blanc confirmed first place and a place in the round of 16 . 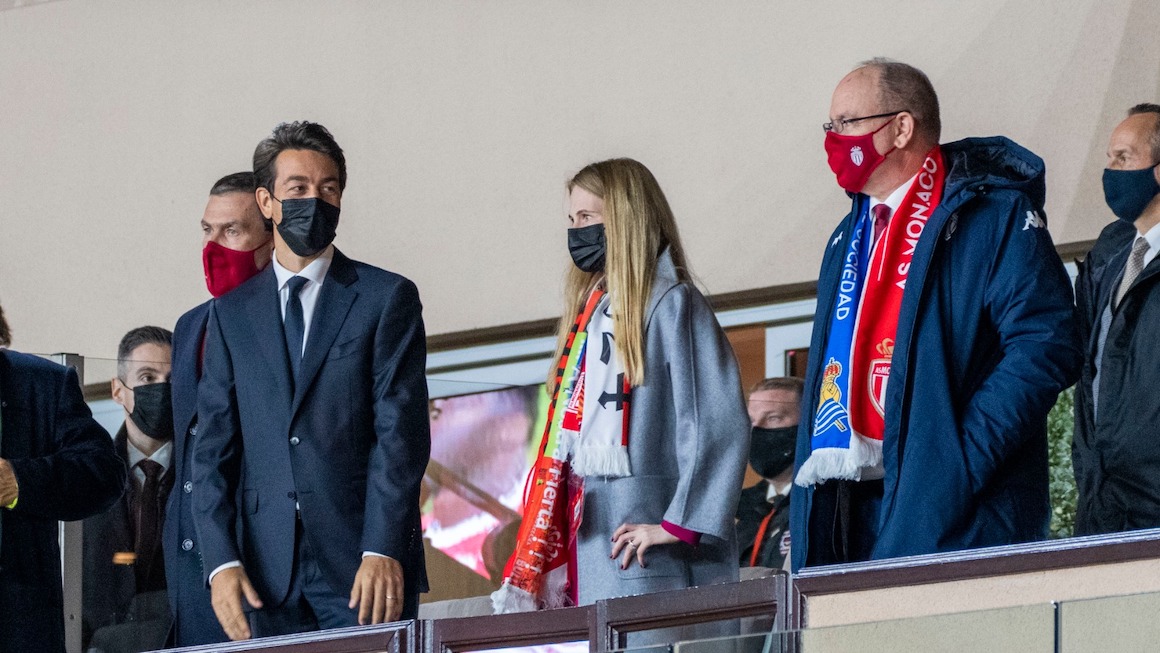 For this match, the Monegasque manager had to do without Aurélien Tchouameni but welcomed the returns of Benoît Badiashile and Aleksandr Golovin, who had been suspended Friday against Lille (2-2). The two players both started in his 4-4-2, with Djibril Sidibé deployed on the right side of the defense, Jean Lucas in midfield and the duo of “Yedderland” in front.

The Rouge et Blanc attacked this game from the off, with two consecutive strikes from Wissam Ben Yedder and Aleksandr Golovin on the counter (6′) followed by off-target attempts from Kevin Volland (11′) and Youssouf Fofana (21′). The visitors, currently second in La Liga, replied through the very energetic Adnan Januzaj (10′, 26′, 27′), but it was ultimately Kevin Volland, who would finish from close range on a cross by Aleksandr Golovin to open the scoring (1-0, 28′).

The Monegasque advantage unfortunately did not last long since Alexander Isak, on a long ball, equalized quickly (1-1, 35′). A tough pill to swallow? Not for the Monegasques, who had no time to waste before Youssouf Fofana put his team back in front, thanks to a header following a knock on by Benoît Badiashile on a free kick from Sofiane Diop (37′). It was a first goal in La Diagonale for the young midfielder, who  decidedly had chosen the right day to do it!

The Spaniards, who would need to go back ahead if first place was to remain an option, return from the locker room playing even more aggressively, but neither Alexander Isak (49′, 60′), nor Mikel Oyarzabal (51′), manage to find their way to goal. Defending well, the Principality’s players held the score without suffering too much and realized, at the end of the match, a victory  that clinched first place in Group B and with it, a place in the Round of 16, on March 10 and 17. (draw on February 25).

The Monegasques will now turn their focus to Ligue 1 and a visit from Strasbourg, a team with which it is level on points in the standings, this Sunday at the Stade Louis-II (3 p.m.). In the Europa League, the Rouge et Blanc will next visit Austria to face Sturm Graz on Thursday 9 December (6:45 p.m.), with a clear head and qualification already in hand.