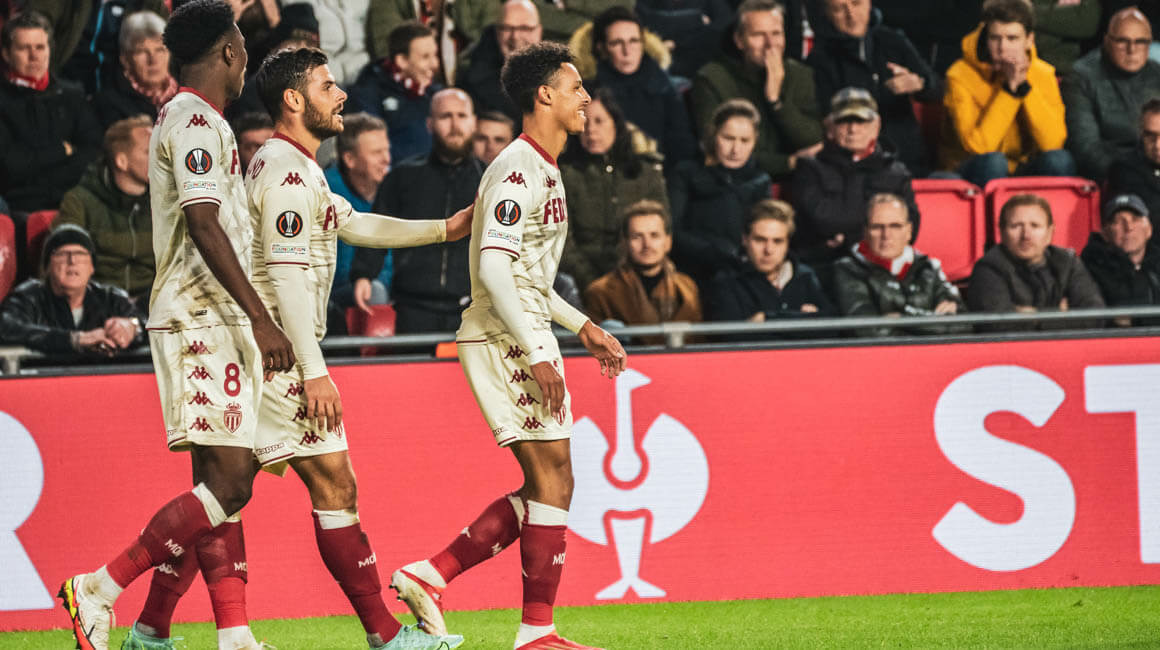 Playing away to PSV Eindhoven, for their 200th European match in history, AS Monaco won (2-1), thanks to a late winner by Sofiane Diop.

AS Monaco played, this Thursday evening, the 200th European match in the team’s history. A symbolic milestone was celebrated as it should be, with a victory (2-1) at Philips Stadion, the home of PSV Eindhoven, following a clash between the two leaders of Group B of the Europa League.

For this third group match, Niko Kovac opted for a 3-5-2, with a return for Aurélien Tchouameni, who had been suspended in Lyon, and a start for Myron Boadu, making a return to his homeland, alongside Kevin Volland in attack. It was also the young Dutch center forward to whom the first dangerous chance fell, as he failed to convert a fine cross from Benoît Badiashile from close range. 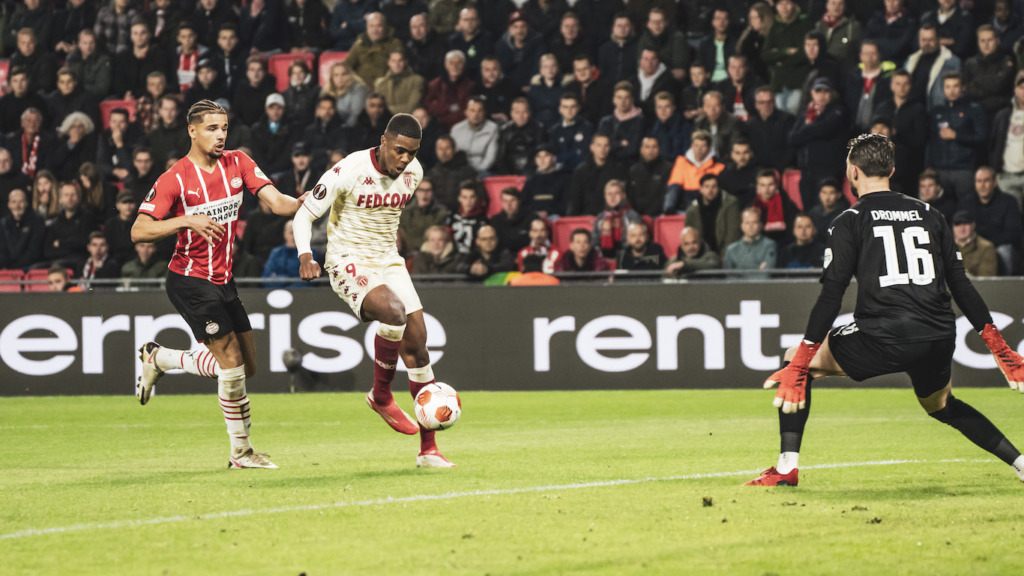 It was only a momenary delay, though,for the Dutch international, who would score, a few minutes later, his first in Rouge et Blanc (2o’),  with a first-time finish following a long pass from Caio Henrique. The Monegasque number 9 was even very close to doubling the lead on the counter, but each time the defense of PSV intervened at the last minute (39′, 45′).

A winner from Sofiane Diop

Returning to the locker room with a one-goal lead, Niko Kovac’s men started the second half more cautiously but Guillermo Maripán (48′) and Alexander Nübel (49′, 51′, 56′) were vigilant in denying the hosts an equalizer. Unfortunately, it would eventually come from a powerful strike from Cody Gakpo just at the edge of the area (59′).

The Dutch then exerted enormous pressure as they looked for a winner but the Rouge et Blanc held firm. Again dangerous up the left flank, Caio Henrique crossed for Sofiane Diop, who had just come on, the youngster slipping the ball home to secure the victory for his team in the 89th minute.

After three matchdays, AS Monaco are now in first place in Group B, two points ahead of Real Sociedad, who had been victorious in Graz (1-0), and three up on PSV. The next European match will take place on November 4, once more against PSV Eindhoven but this time at the Stade Louis-II. In the meantime, the Rouge et Blanc will play two Ligue 1 matches, Sunday against Montpellier (5 p.m.), then the following week away to Brest.