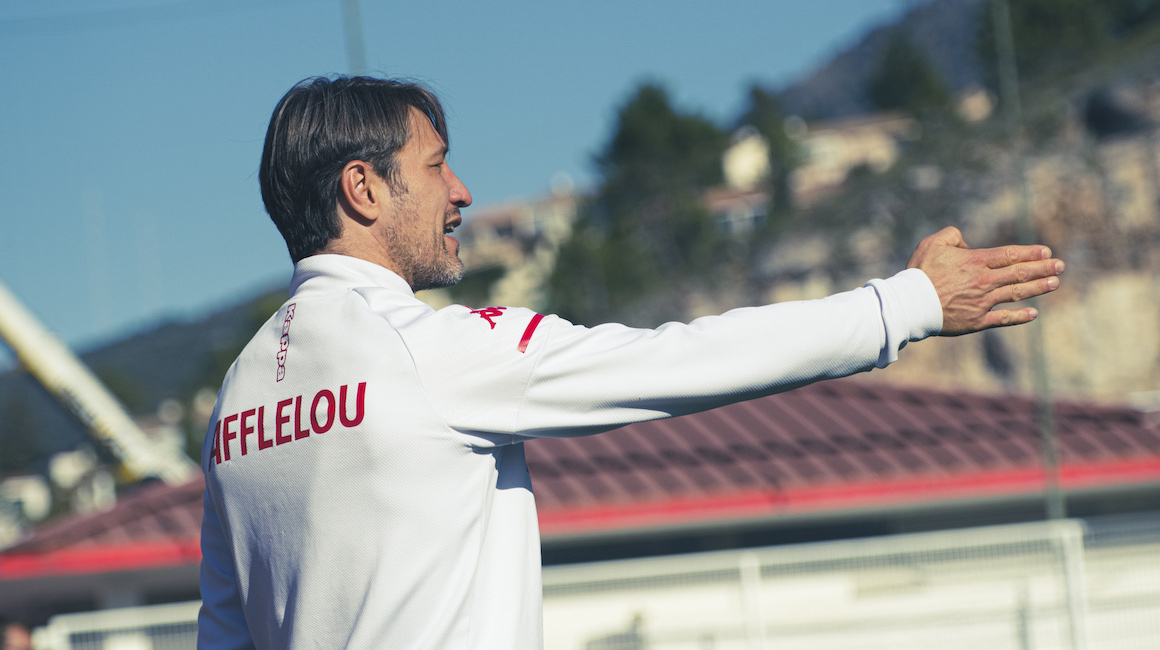 Niko Kovac spoke to journalists two days before his first derby against OGC Nice, to be played this Sunday, November 8 (5 p.m., on Canal +).

Niko Kovac is about to experience his first Côte d’Azur derby this Sunday in charge of AS Monaco. The Croatian coach spoke two days before the trip to OGC Nice (Sunday, November 8, 5 p.m. on Canal +), a match that is part of 10th round of Ligue 1 Uber Eats. 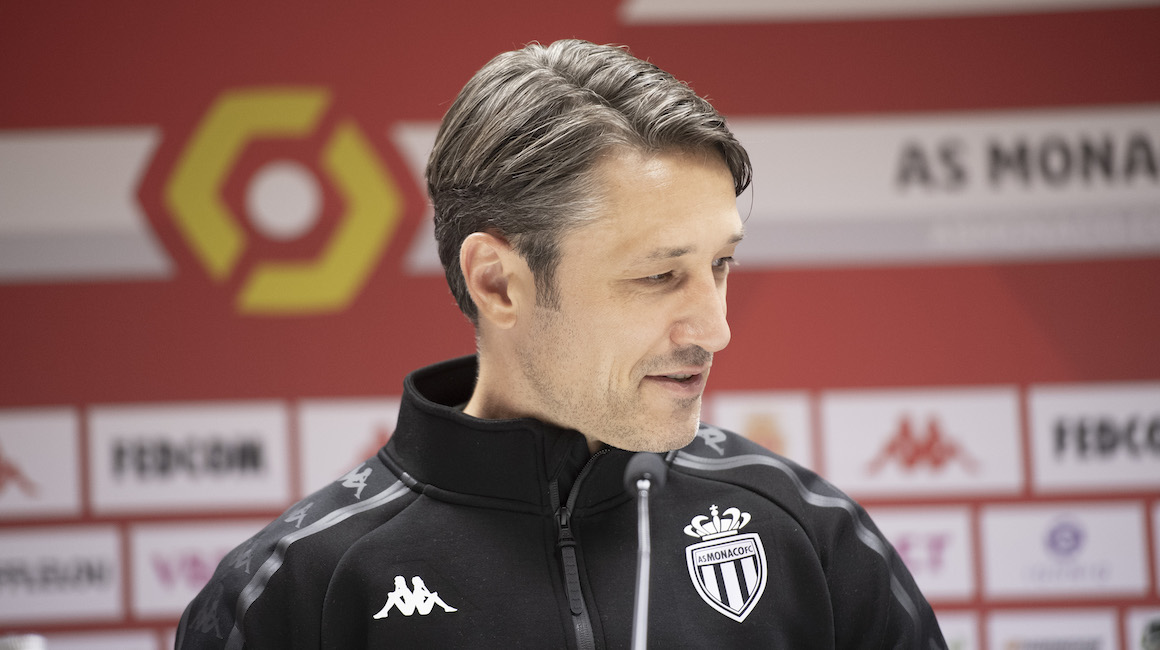 Coach, what can you tell us about Benjamin Lecomte’s injury this morning in training?

We are sad because he is our goalkeeper. As a coach, we are bound to be disappointed to lose one of our players. Injury is part of football, it is a contact sport. He unfortunately has suffered a fracture and we hope we can get him back as soon as possible.

Do you know which goalkeeper will play against OGC Nice on Sunday?

We are fortunate to have two very good goalkeepers in addition to Benjamin Lecomte. I have 48 hours ahead of me to think and find the best solution so that I can win on Sunday. Radoslav (Majecki) and Vito (Mannone) are two different goalies. The former is a talented young goalkeeper and the latter has a lot more experience as he has played for several clubs. I’ll talk to Vastroslav (Mihacic, goalkeeper coach). I remind you that we are lucky to have three good goalkeepers at AS Monaco. 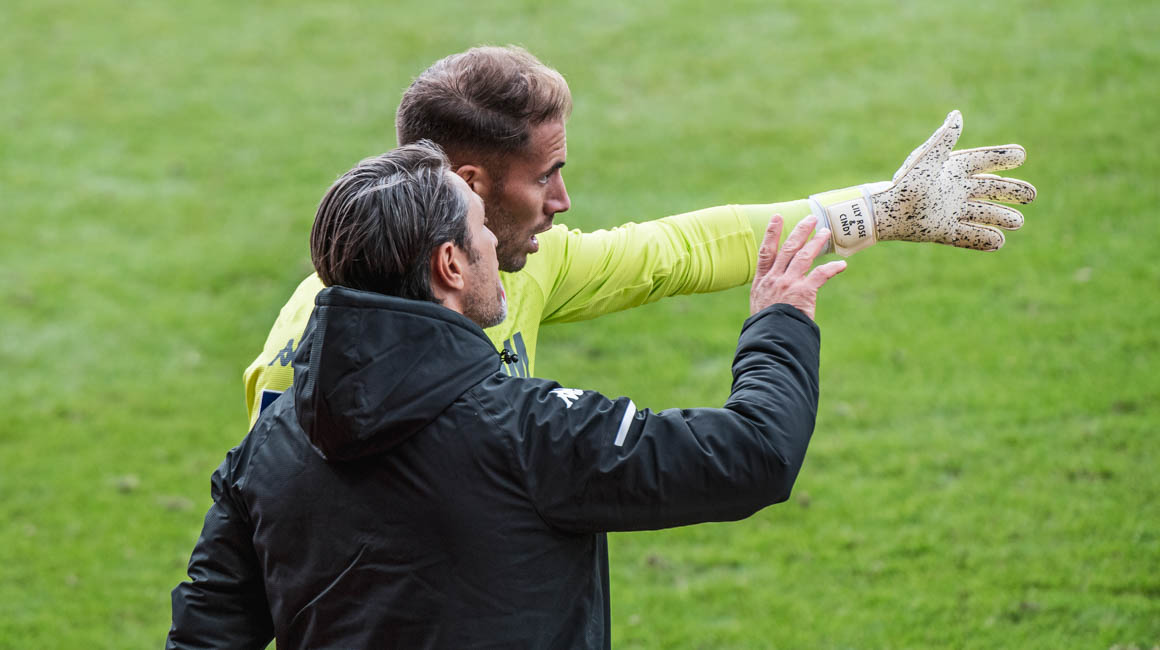 Nice will be deprived of Dante. Like Benjamin Lecomte, it is a big blow for the Aiglons.

Indeed, they are two important players for their teams. I know Dante because he played for a long time in the Bundesliga, notably at Bayern Munich, and is the captain of OGC Nice, a very good leader. They will miss him, but we will miss Benjamin too. Despite this, I am convinced that the players who will have the chance to play the game in their place will show good things. Each team has to adapt to what’s happened.

Gelson Martins scored his first goal and delivered his second assist of the season on Sunday. What can you tell us about him?

I knew Gelson before coming to the club because he played for big clubs before coming here, like Atletico Madrid. His main qualities are his technique and his speed of execution as he is a player capable of making the difference and beating his man one-on-one. As a winger I expect him to be able to lead the attack, to score goals and provide assists, which he did in the last game. Gelson works hard, and works well, he tries to help the team, be it Wissam (Ben Yedder), Kevin (Volland) or the others. Although he had a bit of a rough start, he’s improved a lot. Right now he’s feeling good and I’m happy with his performance. 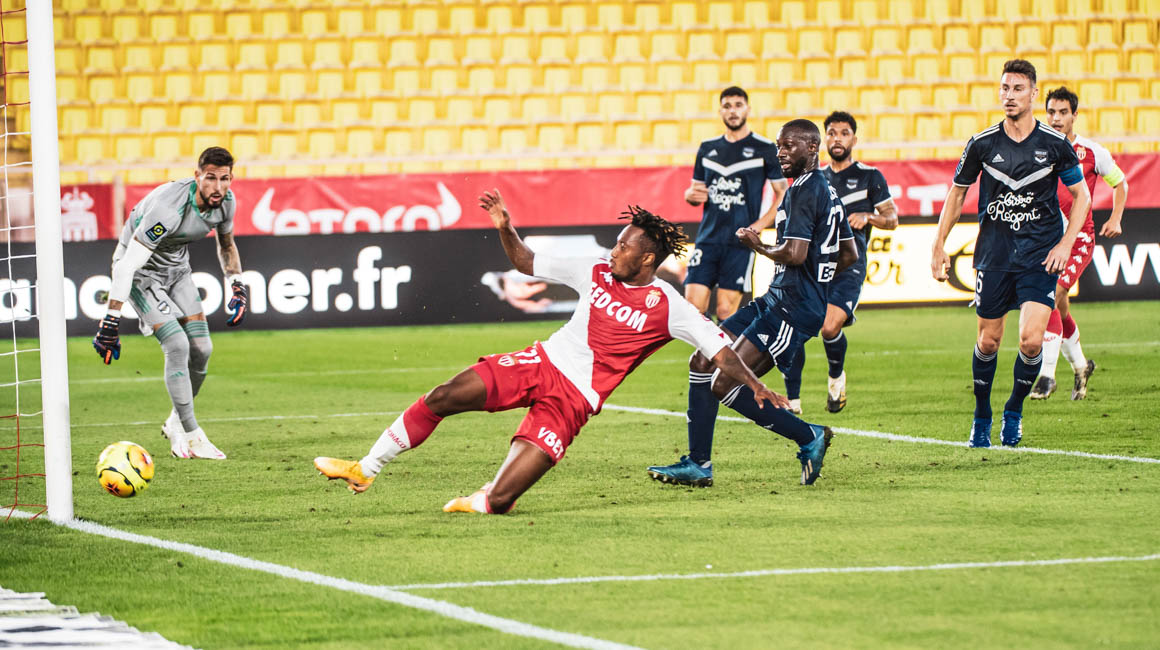 Rather seen on the right side at the start of the season, Gelson now plays more on the left. What instructions did you give him?

He’s worked very hard physically. It’s true that I asked him to play on the left side instead of the right side so he could continue to get in behind and attack with his pace, but also be able to come inside and shoot. Gelson does a  lot of work for the team offensively, but he also sacrifices himself in his defensive duties. He never relents in his efforts to track back. He is a fairly calm and introverted person, but we can see that he is progressing and understanding the instructions better and better. This is the type of player we need.

Is a derby the same without fans?

No, it’s obvious it’s a different game. We had them in the ground in the first few matches this season, and now there is no atmosphere and so we hear the coaches giving their instructions, screaming, and also the players when there is contact. We have to face this pandemic and of course hope that this situation will end quickly so that our supporters can come back and be able to encourage us. This situation makes us sad, but there is no solution. We will do our utmost to win this derby because we know how important it is for our supporters.

Did you watch OGC Nice’s match yesterday afternoon on Matchday 3 of the Europa League group stages?

I watched this meeting between Nice and Slavia Prague. I think the Czechs deserved their victory, but that doesn’t mean it will be easy for us. We will have a difficult match and Nice are now fully focused on this derby as well. We are preparing as best we can and I’m hopeful if we reproduce the kind of performance we had against Bordeaux. We will do our utmost to make up the three more points that Nice are currently ahead of us by. 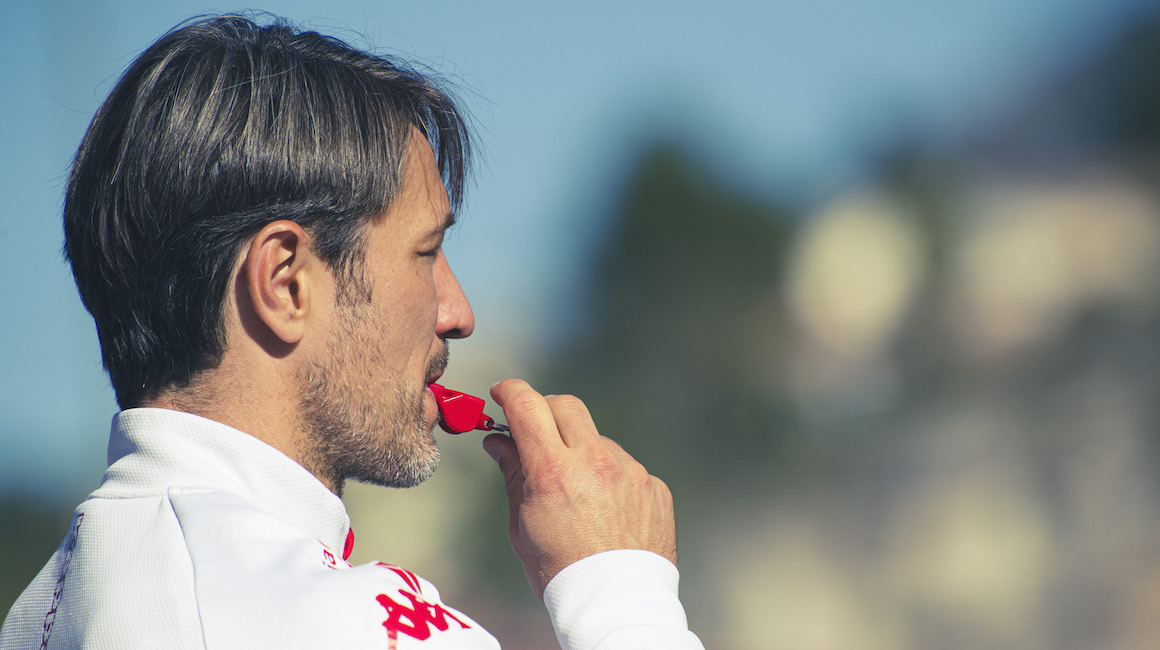 What importance do you attach to this kind of match which is your first derby?

I am aware of the importance of this derby for the fans and for the region. For my part, regardless of the game, I am only looking at one thing: the three points. Even though this is a derby, and I am fully aware of the emotion it elicits, one should not add too much pressure to the players in this situation. They are professionals and I am sure they will give their all in this game.

Can this be seen as a rematch from last year?

I know what happened at the end of last season, but it is a thing of the past. Today we are trying to build a new AS Monaco. We are focused on the derby and the three points that are at stake.

Do you think that COVID-19 has consequences on the physical level of the players?

I do not think so. Players affected by this virus have been constantly monitored by the doctor and all medical staff. I am really lucky to have a high quality staff who look at everything down to the smallest detail. We take every precaution, and I think that’s how we can prevent any kind of injuries. Players who contract COVID-19 are away for two weeks but do not lose any of their physical level. We work a lot on the physical side of things and performance. We haven’t reached our peak yet but I think we’re getting close. 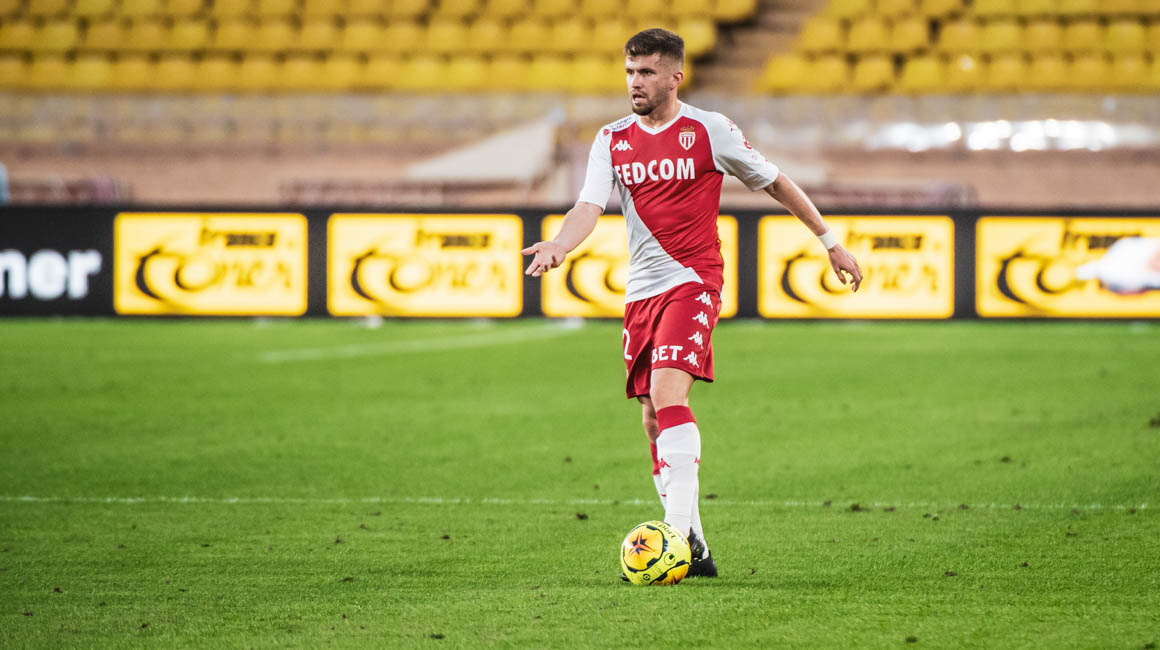 Last week against Bordeaux, Caio Henrique started for the first time. What did you think of his performance?

Caio Henrique brought a lot to the team against Bordeaux, he delivered a good performance, being calm and composed with the ball. He is a fullback who has good technique and who also knows how to be aggressive, who has the advantage of being left-footed and playing on that same side. He is interesting in the attacking third. The fact that he was called up for Brazil’s U23 side shows his qualities.

Aleksandr Golovin has been absent for several weeks now. How is he doing?

As a coach we always regret injuries, even though it is part of our sport. As to Aleksandr, we are being careful with all of the medical staff. The goal is for him to come back as quickly as possible, but above all for him to be at 100% and not relapse. This is why we are taking our time and paying attention to his progress.

You played in 4-4-2 against Bordeaux, with two number sixes. Could we have to review this system?

Youssouf (Fofana) and Aurélien (Tchouameni) contributed a lot against Bordeaux and are helping the team find that balance and stabilize the defense. I should mention Youssouf who was very good, it is at this level that we expect him to play. I congratulate them both on their performance. These are two players who have great physical but also technical abilities, and are ready to give their all.