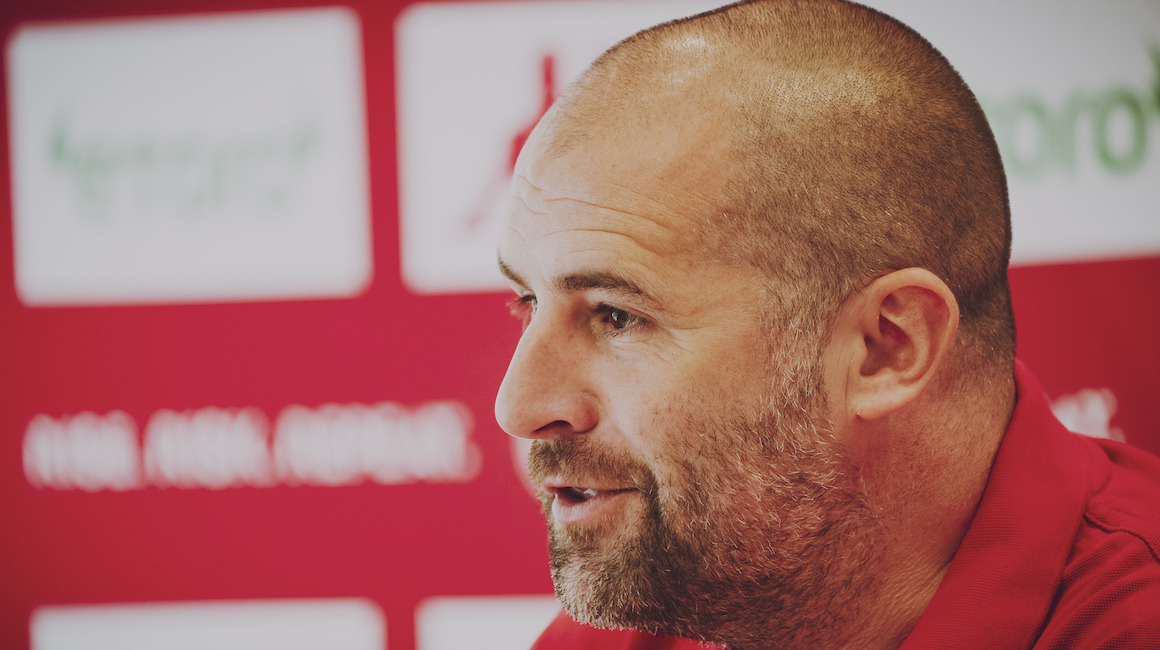 As the professional group began its first week of preseason, the Sporting Director of AS Monaco spoke at a press conference at the Performance Center in La Turbie.

This Tuesday morning, everyone was smiling at the second collective session for our Monegasques this preseason! Under the eyes of several journalists, who came to watch the first part of training, Philippe Clement’s squad continued their recovery program in this first week of work. Present alongside the Rouge et Blanc staff, the Sporting Director of AS Monaco, Paul Mitchell, then spoke at a press conference to discuss the 2022-2023 season that is looming. 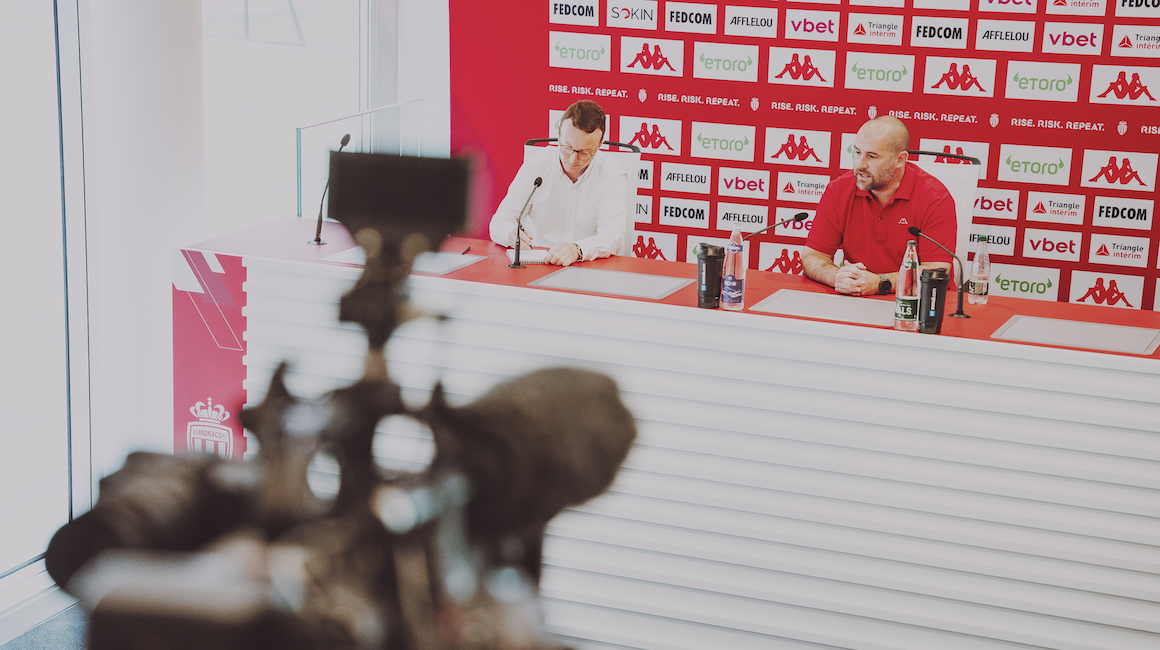 Hello everyone. The break was short this summer, as I can still remember myself discussing the end of the season with you a few weeks ago. We were talking at the time about the probable departure of Aurélien Tchouameni, who has since signed with Real Madrid who made a very impressive offer. His dazzling progress since his arrival at AS Monaco has allowed him to have this magnificent opportunity with one of the biggest clubs in the world. But today our ambition remains the same, namely to build a very competitive and ambitious squad for this new season.
Paul MitchellAS Monaco Sporting Director

Good morning Paul. Do you know more about the schedule of friendly matches?

We are finalizing the preseason schedule with the last friendly matches ahead of us. We are keeping in mind a need to be very competitive quickly, and for that we will try to have one or two games a week, more than last season. We will be able to confirm them to you very quickly, but our desire is really to be able to pick up the pace to be ready as soon as the European play-offs and Ligue 1 kick off.

How are you approaching the team’s preparation for the Champions League playoffs?

We will have to be ready, and in the best physical and mental condition, in top condition, to face this major challenge. We must also use the experience of last season, and learn from that, to adapt our preseason and show our best qualities, and give our best in the moment. We will also have to rely on the growing experience of this team, one that we have been building for two years now. 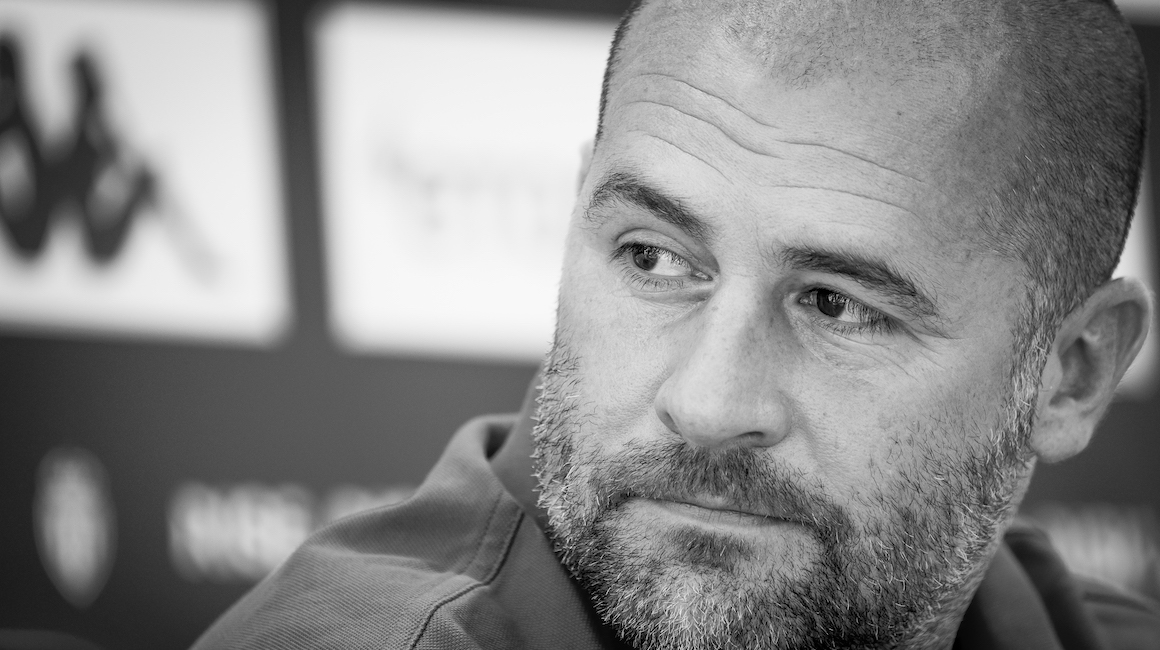 The strategy is obvious for the young players from our training center, La Diagonale. Our desire is to lead them into the world of professional football. There is a lot of potential, we have also seen this with our U-19 team, which went to the national final in their age group.
Paul MitchellAbout the young players from the Academy

I think I’ve heard this question before (smile)! We have just won two podiums in two seasons, and have played in a final then a semi-final of the Coupe de France, as well as a round of 16 in the European Cup. We want to continue to develop our players, to be competitive very quickly, and not to find ourselves in the situation of the last two seasons of having to make a huge final sprint to play the leading roles. The idea is to always push the limits a little further, to push the team in this preparation with more friendly matches, and to support the progress of young people, as we have done so far.

Many young players from the Academy have been integrated into the team’s training sessions. What can you tell us about that?

The strategy is obvious for the young players from our training center, La Diagonale. Our desire is to lead them into the world of professional football. There is a lot of potential, we have also seen this with our U-19 team, which went to the national final in their age group. We therefore really want to see them progress, to have a taste of the professional world, and gradually integrate them into the squad, until the return of the international players.

Do you intend to rely on the team’s more experienced elements to help devlop these youngsters?

I think that in football, you always have to manage to find a clever balance, it’s a matter of balance. We need to stabilize our squad, and have a good mix of young talent and those who are more experienced. We want to make our young players progress by being in contact with more mature players, while maintaining the stability that this requires. We are ambitious but we must continue with our strategy. Players need to find a place where they can thrive. In my opinion, we have left a real mark over the past two years, by offering the players we recruit a chance to settle in for the long term and continue their progress. It is in this way that we want to continue to make our mark. 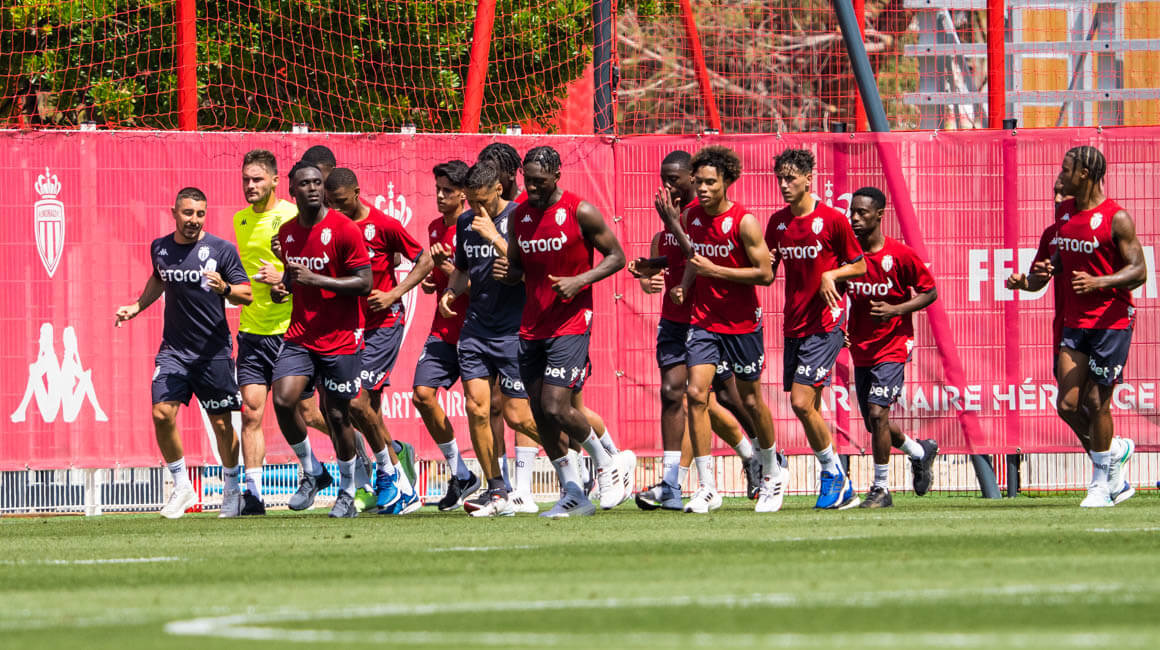 Cercle Brugge goalkeeper Thomas Didillon is training with the squad. What can you tell us about that?

We have already mentioned in the past the synergies that we are developing with Cercle Bruges. This is another example of this very close collaboration between our two clubs. We currently have five players from the Academy who have gone to train with our sister club, and Thomas Didillon is here to benefit from this exchange of experience. He is a goalkeeper with a lot of talent, as we have seen this season. He has the chance to train with a great coach, Frédéric, as well as with two very good goalkeepers, Alex (Nübel) and Radeck (Majecki); this is true as well for Lisandru Olmeta, who has just been crowned European U-17 champion with France.

How do you imagine replacing Aurélien Tchouameni?

First of all, I would like to point out that his transfer is the result of the team’s work as a collective, and that he sincerely deserved this opportunity. We have a lot of up-and-coming players in this part of the pitch, who will have the opportunity to show themselves, with Eliot Matazo who improved again last season, Soungoutou Magassa, who has signed his first pro contract this year and who has been training with the squad since the beginning of preseason. Then there is obviously Youssouf Fofana, who had a superb second half of the season in Ligue 1 and Jean Lucas, who begin his his second year here. We have a lot of qualities in the team ahead of the fixtures that await us, and I would like to note that the squad has come back in very good physical condition. 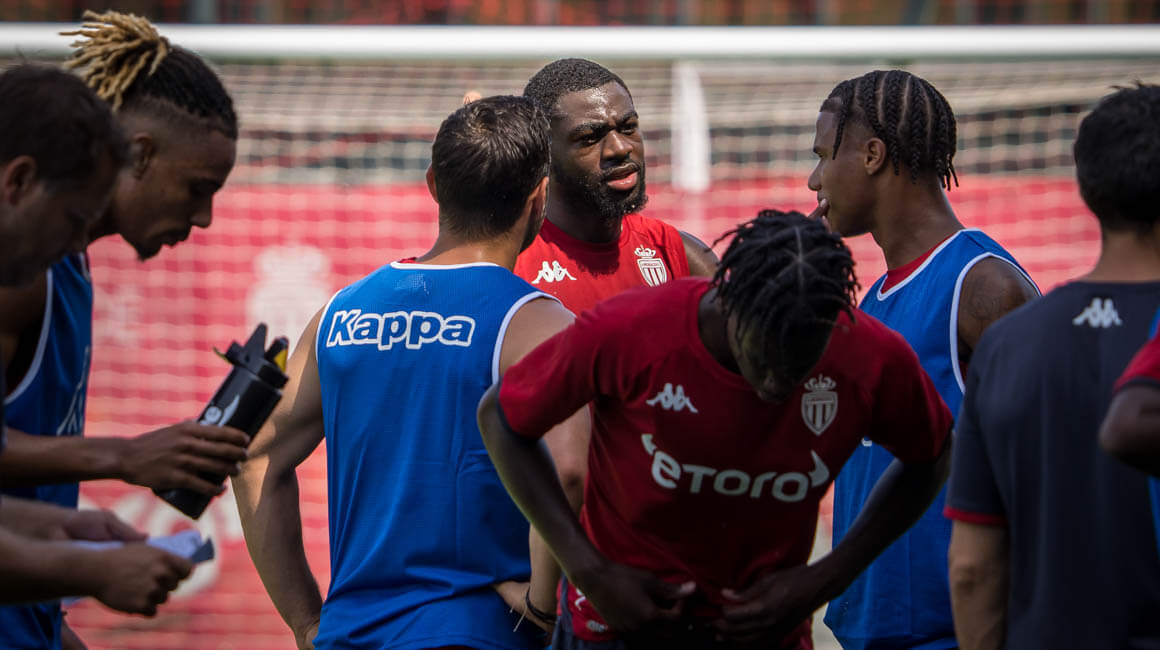 Would you be able to resist other big offers?

We are very clear in our mindset, and that is the same for every player. We have a shareholder who is very ambitious, and who wants the best for AS Monaco. He wants a very competitive team, it is important for him. So to let other players go would require very, very large offers, like the one that was made for Aurélien Tchouameni by Real Madrid.